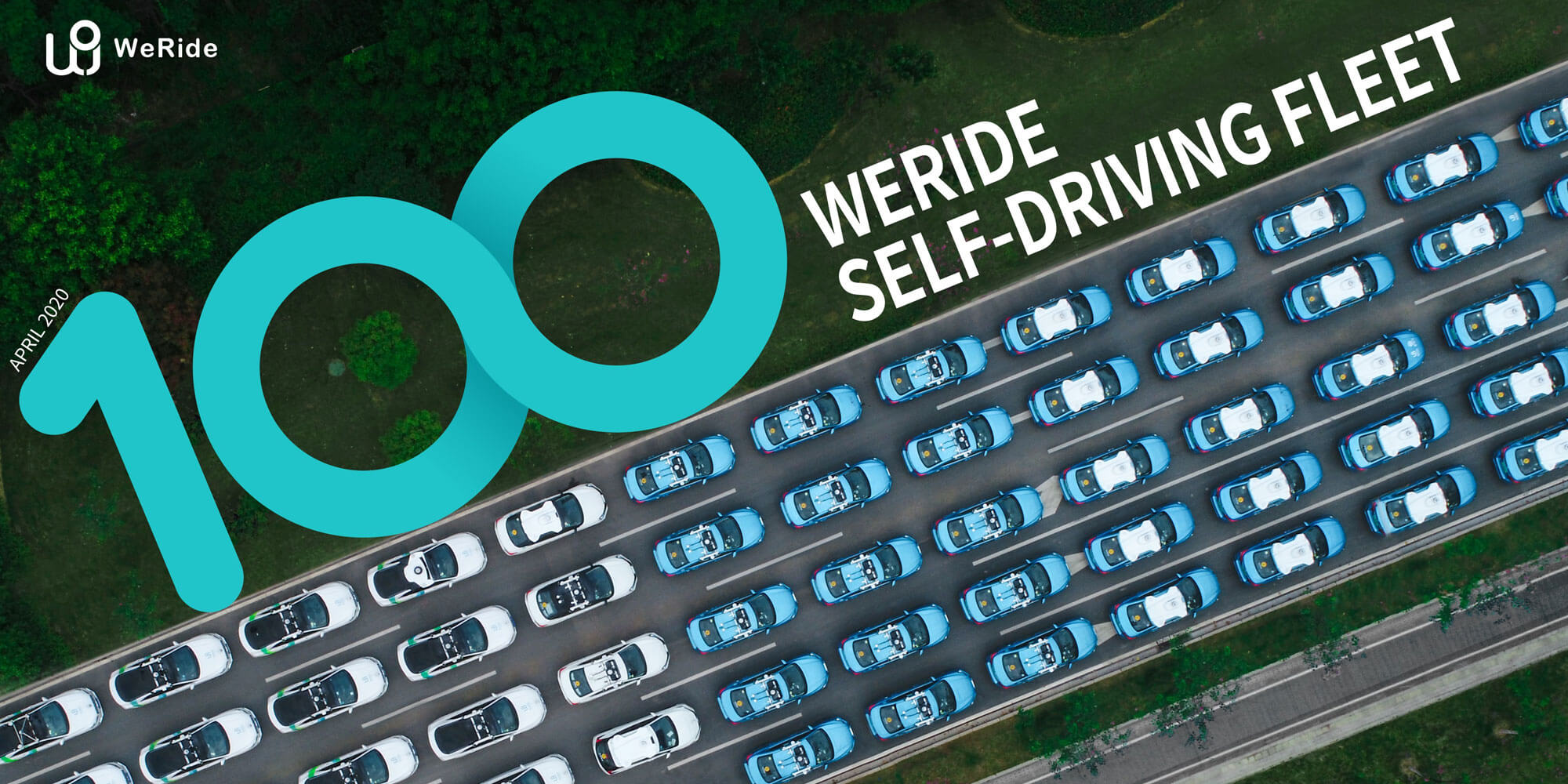 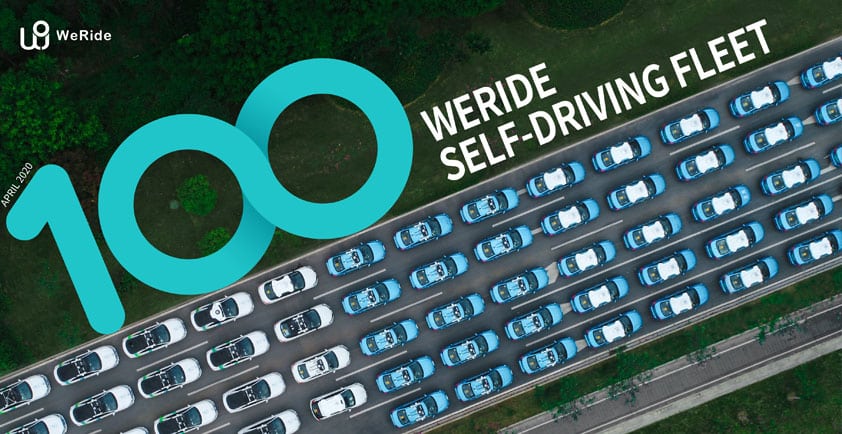 Guangzhou, China - China’s leading self-driving company WeRide has unveiled for the first time its self-driving fleet reaching over 100 vehicles in April 2020, marking another significant progress after the milestone of WeRide’s open to public Robotaxi services running over 100 days. The company vows to expand its Robotaxi operation and achieve full autonomous driving in the next stage.

There are 6 models in WeRide’s self-driving fleet in China and the United States, of which more than 40 are dedicated to WeRide Robotaxi services in Guangzhou, and 60 are used for road testing.

WeRide’s fleet includes Lincoln MKZ, Nissan LEAF2 debuted in 2019, GAC GE3, GAC Aion.LX, the newly launched P7 of Xpeng Motors, and the fully electric vehicles Nissan SYLPHY dedicated to the Robotaxi operation. This is the first time that a self-driving company has unveiled a fleet of test and operation vehicles at a size of 100 in China. 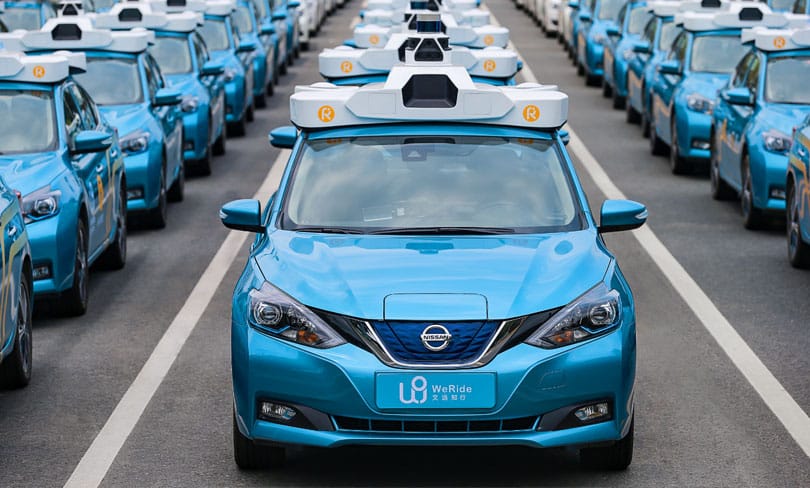 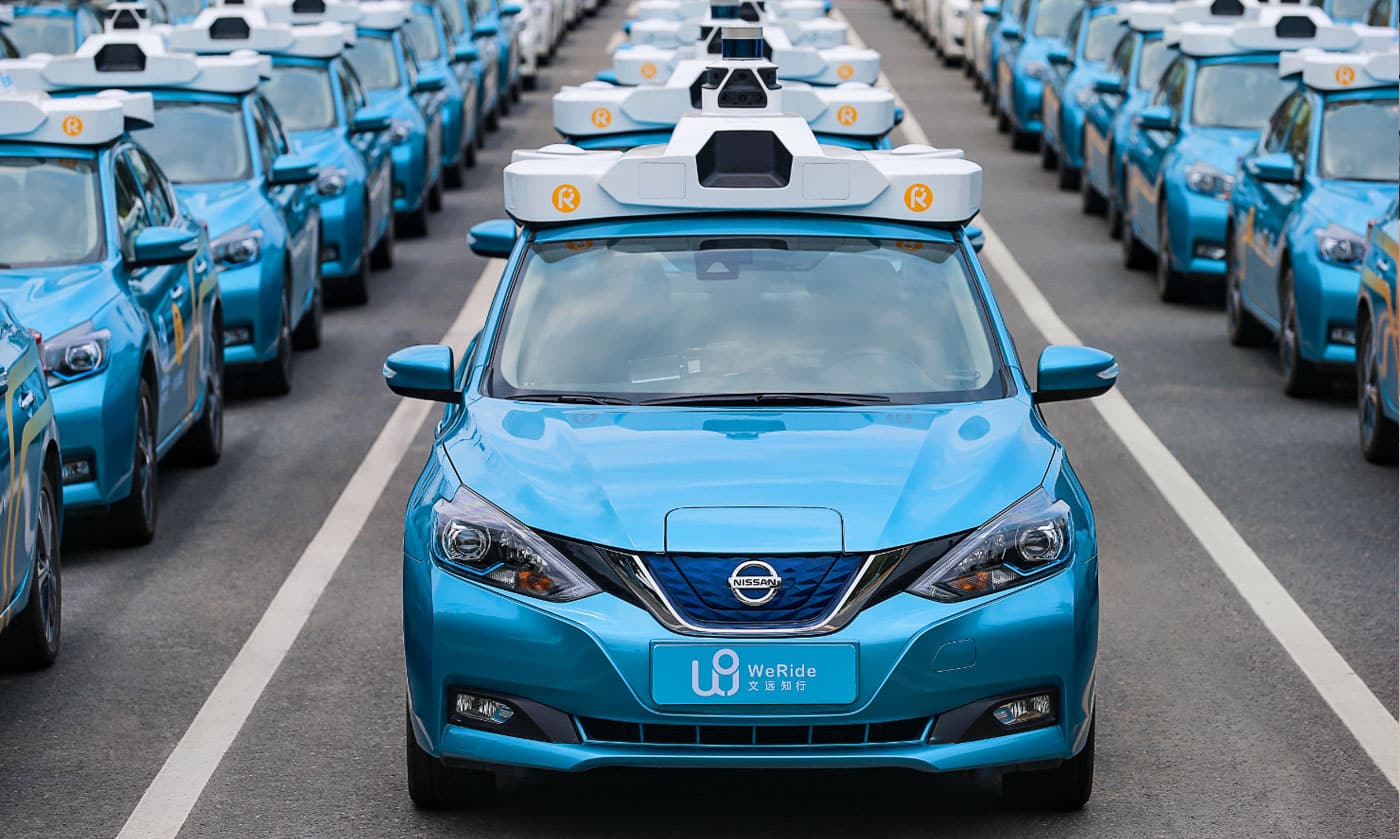 As one of the earliest autonomous driving startups in the country, WeRide’s achievements in the past three years have echoed the pulse of China’s self-driving industry development. WeRide has been the first to hit many industry milestones:

> Launched the first Robotaxi in China in November 2018.

> Established a joint venture — WeRide RoboTaxi, together with Baiyun Taxi Group and SCI (Guangzhou) Group in August 2019, the first of its kind in Tier one cities in China.

> Kicked off China’s first open to the public Robotaxi service in November 2019.

> Released China’s first Robotaxi operation report in February 2020. A total of 8,396 Robotaxi rides were accomplished in December 2019, the first month of the operation. The average daily rides were 270.8 with the peak reaching 438 rides on Dec 26th. The Robotaxi fleet accumulated 41,140km mileage for the finished rides and provided service for 4,683 users.

WeRide’s pioneering work in the R&D and commercialization of self-driving technology sets a successful example for the industry and a great driving force behind the evolvement of the autonomous driving ecosystem.

Robotaxi is often referred as the crown of self-driving technology, and the most dazzling pearl sitting on the top is open to public Robotaxi operation in urban mobility. More than 100 days into WeRide Robotaxi’s operation, more players have emerged on today’s autonomous driving market. China is now entering the era of “New Infrastructure.” WeRide believes that Robotaxi holds a great future in China.

WeRide will continue to advance large-scale Robotaxi operation and maintain its industry leadership. 2020 will see WeRide’s focus on stabilizing technologies, expanding Robotaxi operation, and seeking policy support. WeRide will be steering towards its next milestone — achieving fully autonomous driving.

WeRide is a smart mobility company in China that creates leading L4 autonomous driving technologies. We have committed ourselves to new mobility services that will be accessible and beneficial to everyone. WeRide is China’s first L4 autonomous driving technology start-up company to obtain strategic investment from a top-tier global automaker Alliance Renault-Nissan-Mitsubishi. We employ a highly skilled technology team of more than 300 employees globally, 70% of whom are R&D engineers. Established in 2017, WeRide is headquartered in Guangzhou, China, and maintains R&D and operation centers in Beijing, Shanghai and Anqing, as well as Silicon Valley in the USA. For more information, please visit www.weride.ai.

The last few months have caused us all to revisit how we plan our days, make our livings, stock our kitchens ..

Oxbotica has developed and deployed a “deepfake” technology that is capable ..

Metawave™ announced the successful demonstration of the industry’s first ..

Pony.ai, an autonomous driving company, announces today that it has raised ..