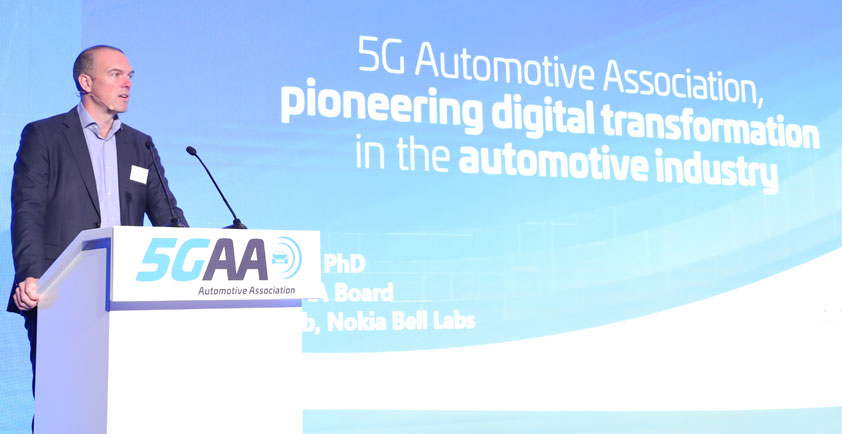 INTERVIEW WITH 5GAA’S MAXIME FLAMENT TALKS ABOUT HUAWEI, THE FIGHT WITH THE EU OVER V2X, AND THE FUTURE OF CONNECTED CARS

The 5G Automotive Association (5GAA) put together a demo day in Berlin to showcase the different cellular based technologies for connected cars. We had the opportunity to discuss the advantages of C-V2X over DSRC, and the situation with Huawei, one of its founding members.

The 5GAA is a global, cross-industry organization of companies from the automotive, technology, and telecommunications industries (ICT), working together to develop end-to-end solutions for future mobility and transportation services.

During the Berlin event, we had the opportunity to sit down with Dr. Maxime Flament, CTO of the 5GAA. Dr. Flament holds a Master and PhD in Wireless Communication from Chalmers University of Technology (Sweden), and has been a leading contributor to many European activities on road safety, connected vehicles, automated driving, large-scale pilots, and digital mapping. In his latest role as Head of Department for Connected & Automated Driving (CAD), he worked with the public, private and research sectors to successfully shape the European expert CAD community.

IoT Times: Good morning Maxime, thank you for inviting us to your event.

First, one question about Huawei! One of the eight founding members of the 5GAA is Huawei. You still have Huawei as an active member.

IoT Times: How is the situation with Huawei affecting the connected car market, especially in Europe?

Flament: I think it’s better to ask Huawei directly, [but] let me be clear. We are an association that is doing pre-commercial pushes towards standardization. It’s trying to promote an ecosystem of industries that work together for improving safety and improving flow of traffic, and environmental impact. So it’s very important that the whole ecosystem contributes to these kinds of services. Now, what we see at the moment, is that the first deployment of these systems, C-V2X, will happen in China. And that’s very interesting. So we, the European, and the US, have been talking about that for 15 to 20 years. And now when the regulatory framework is ready in China, then we’ll see that in a couple of years, they just go for it, and then they gather all the vehicle manufacturers and they make sure that this will happen. Now, the current issues related to Huawei are directly related to the core network. And it’s not related to end-user devices, the mobile communication devices. And so we are welcoming the presence in Huawei to showcase these technologies, because what’s going to happen in China, and what can happen eventually in Europe, or even in US or in Korea, or in Japan, everywhere in the world. Now it’s free to everyone, to anyone to pick their providers the way they want. And so at the moment, we have been constructing the members, and the members are still cooperating together. We had a three days workshop. All the members were working together and not considering these issues related to the current political framework related to Huawei in US.

IoT Times: Well, the US, as you know, is trying to push other countries to ban Huawei technology, especially for cellular networks.

Flament: For us as an association, again, we are pre-standardization and pre-commercial. And otherwise, if we would be commercial, we could not form an association like we are now. We want to promote the technology for safety, for efficiency, and for the common good at the end.

IoT Times: Talking about China, what you mentioned in your presentation, and you say now, is the first commercial applications for these technologies will happen in China. And one thing that has happened in China the past few years is that the transformation of the society by technology has happened quickly. And maybe one reason for them to adopt these new technologies so fast is that they don’t have the legacy of previous technologies. How do you see this movement in other regions, like Europe? Because we have a lot of technology legacy. We have a mix of technologies that we use and continue to use for many, many years.

Flament: First, when we are talking about connected vehicles, we should usually talk about vehicles that are connected to the network, nothing else. The new thing we would like to promote also is the connectivity between vehicles, between pedestrians, and between red lights, etc. And for that, for the last 15 years, there has been a WiFi based solution that was promoted as one technology, and it was never deployed. It has never come to market. So we have seen over 15 years many pilots, I would say, but we did not see this appetite from the vehicle manufacturers to put these devices in the vehicle and to promote it.

Now, the great thing about C-V2X is that it brings the connectivity with the network, and as a little add-on, it brings this device to device communication at a 5.9 GHz. It’s a special band reserved for that, and standardized around the world. The way we see it, it’s like, as every vehicle is to get connected, it’s nice to, on top of that connectivity with the network, make sure you get also the connectivity between cars. Now with the other [WiFi based] technology, they were not there for the last 15 years, and we don’t believe that they will be deployed in the future. So that’s why we ask the European Commission to be technology neutral in the regulation it put forth. So any technology that would like to use the 5.9 gigahertz for device to device communication can use that spectrum. So the regulation should not mandate one technology. It should give a level playing field and enabling the industry to pick a solution. 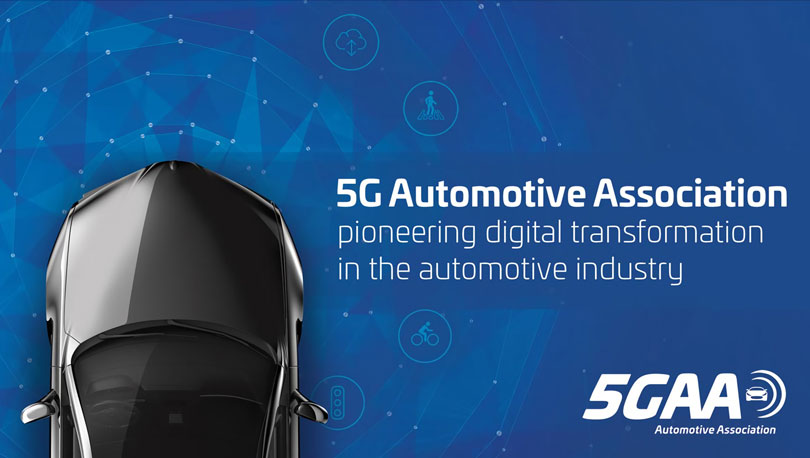 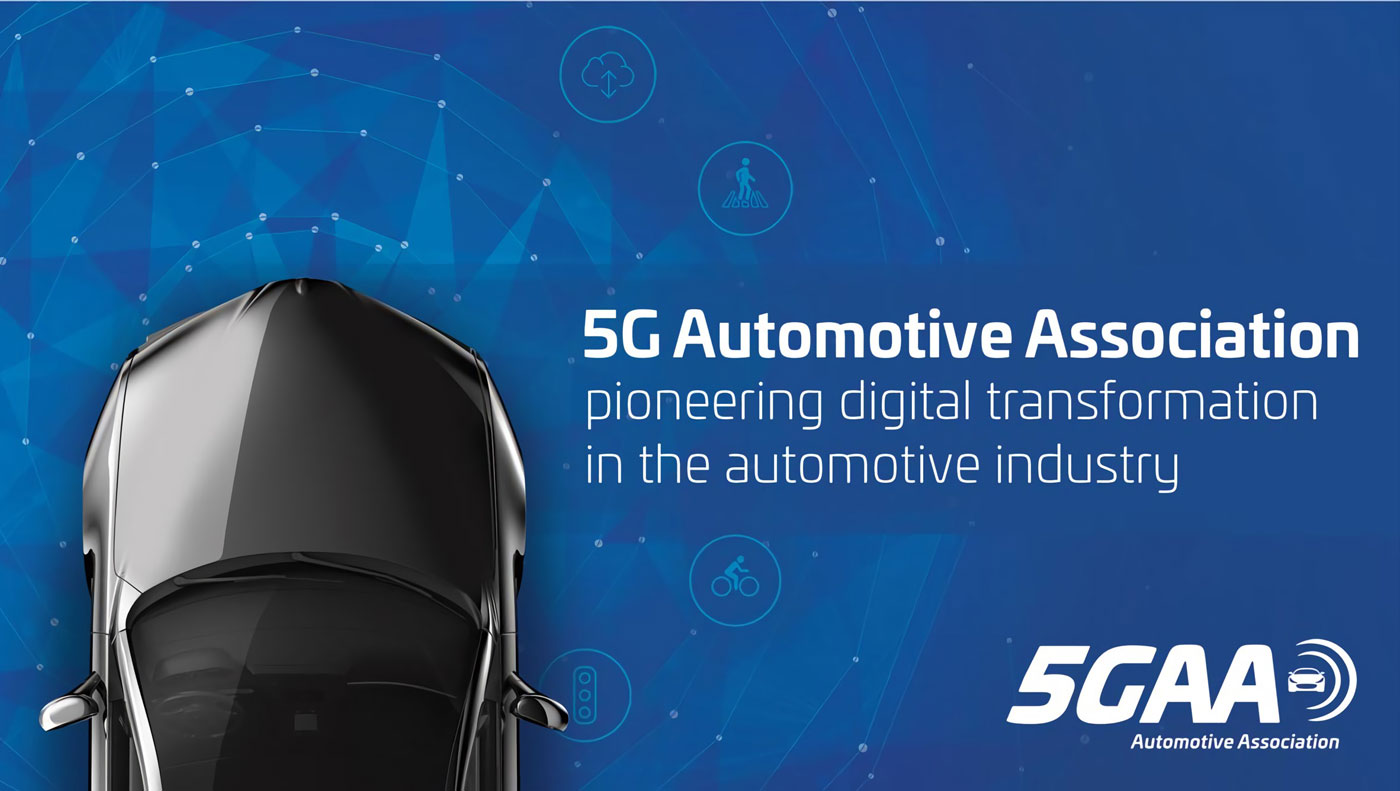 Flament: […] we ask the European Commission to be technology neutral in the regulation it put forth. So any technology that would like to use the 5.9 GHz for device to device communication can use that spectrum. So the regulation should not mandate one technology. It should give a level playing field and enabling the industry to pick a solution.

IoT Times: Being technology neutral, that sounds great. However, as far as I understand, that spectrum for those type of communications is the same one that DSRC WiFi is using.

IoT Times: so, you have enough bandwidth?

IoT Times: What I was trying to ask is, not only if there will be any conflict or any kind of overlap between the two technologies, but being technology neutral and everybody gets to decide, then we will have two different technologies in the market that don’t talk to each other.

Flament: From a proximity point of view, yes.

IoT Times: So, how do you work with cities, and other infrastructure, that need to implement a solution?

Flament: You know, the next, let’s say the next five to seven years up to 2025, it will be more likely that [only half] of vehicles are equipped with this technology. That means every other vehicle won’t have any [V2V] technology. So where we want to make a difference is in terms of time to market, is when these vehicles are connected to the network. And that’s the first thing that needs to happen, that the vehicle is connected to a network, and exchanging warnings, exchanging messages to the network. And then, as I said earlier, the additional nice to have is V2V for various safety critical situations.

Again, start with making sure that the vehicle is connected with the network, and that exchanges all kinds of warnings with the network. And then after that, make sure also that it sends a short message to the other vehicle so you can avoid conflicts between vehicles.

The entire world of DSRC has always been focusing on only that piece of technology, only the V2V and V2I. And you cannot dissociate V2V from V2I from the connectivity to the network. That’s why some people in Europe call it hybrid. What we want to make sure is that it’s not a hybrid. It’s integrated. It is cellular connectivity plus the connectivity with the other vehicles. That must be an integrated radio, that coexists, exchange messages, and it shouldn’t be two different radios in your vehicle, like one is sending a few messages to some vehicles, the other one sending messages to the other.

IoT Times: The European eCall Directive is now fully in effect. So all cars, all the new cars, they should have some form of cellular communication. This is already putting a layer of communication already on many vehicles. But for manufacturers selling, let’s say, less expensive cars, they need to have a very basic communication system. But how much more will cost for them to implement all these features, especially V2V and V2X communications?

Flament: So again, it’s a good question. Thank you. eCall would be equipped in every vehicle in the future. That means that there will be a SIM card in every vehicle. There will be some radio capabilities on the vehicles. eCall, however, is based on 2G, 3G. It’s not big data communication, etc. But at least you have a SIM card in the vehicle. Now this, we have to be careful because the SIM card that you have in the vehicle is a dormant SIM card. It’s asleep.

IoT Times: Until something happens.

Flament: Until there is a crash, and then it’s activated, and then it communicates with the emergency services, etc. So it’s difficult to use that piece of hardware for all the connectivity, connected vehicle services, all the services that you have with your vehicle manufacturer, etc. So what the vehicle manufacturers are building on top of the eCall is express services. eCall Plus, for example, that offers something on top of the basic eCall that every vehicle should be equipped with. And vehicle manufacturers see really an added value of having this connectivity with the cars for exchanging information related to the vehicle, to the use of the vehicle, how the drivers are experiencing it, and offering added value services.

IoT Times: Thank you so much for your time, I wish you a successful demo day.