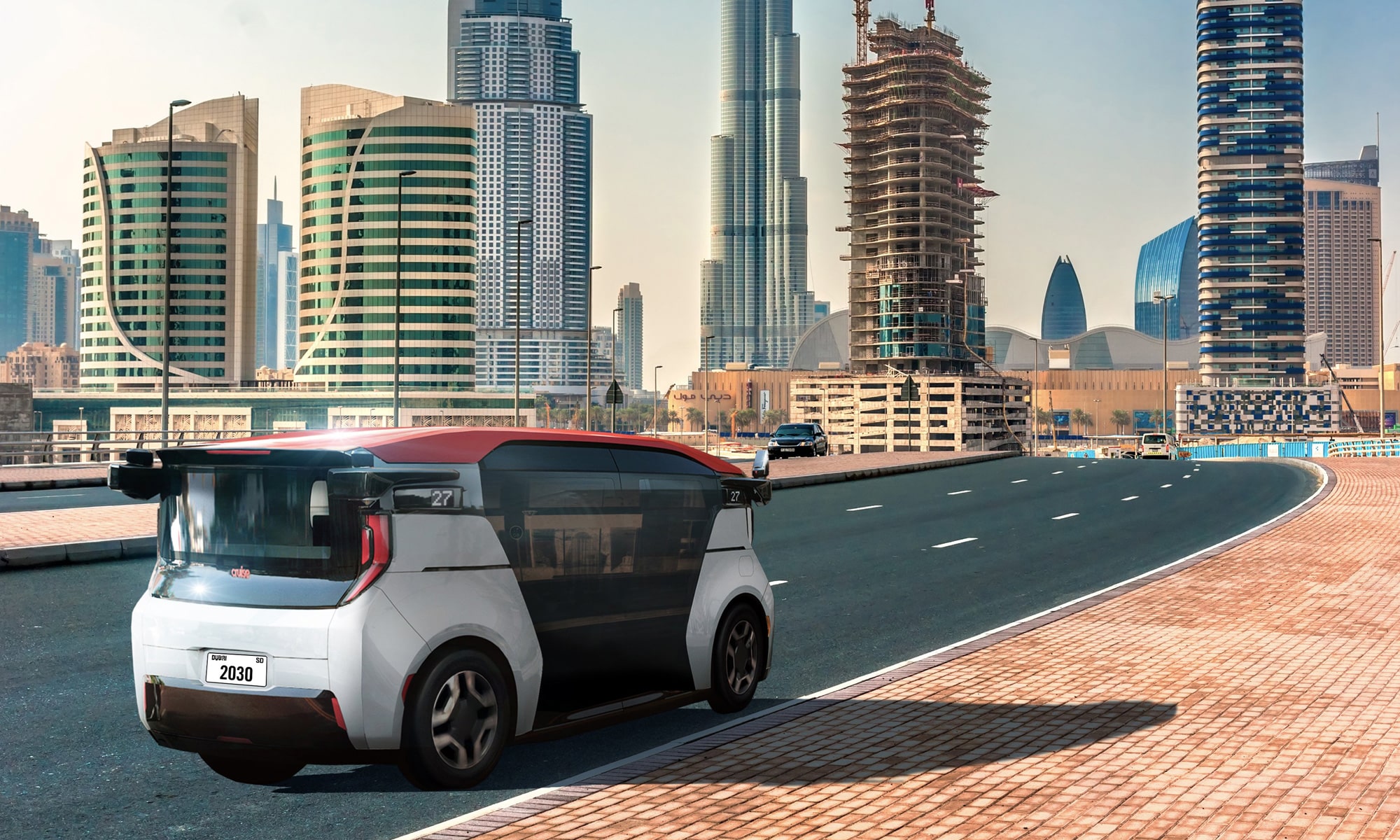 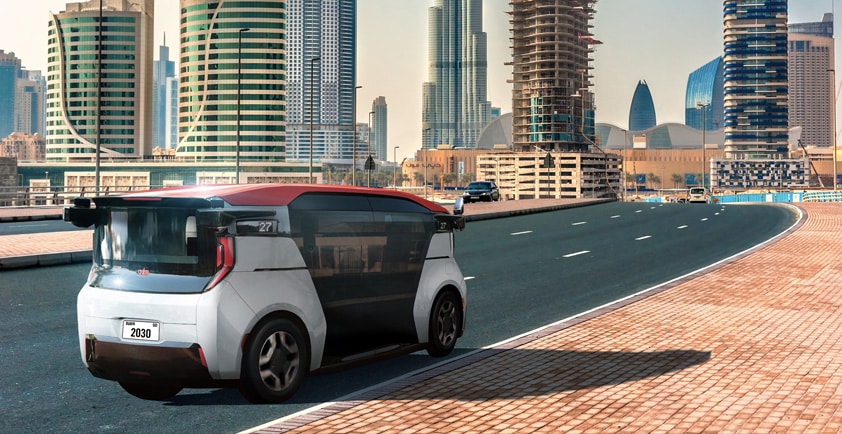 Dubai will be the first international commercial market for Cruise’s all-electric, self-driving, shared ride-hail service after our San Francisco launch.

Hamdan bin Mohammed attends signing of agreement between RTA and Cruise to operate self-driving taxis and ride-hailing services in Dubai12 April, 2021
His Highness Sheikh Hamdan bin Mohammed bin Rashid Al Maktoum, Dubai Crown Prince and Chairman of The Executive Council of Dubai, witnessed the signing of an agreement between the RTA and Cruise, a leading US-based autonomous vehicle company, as part of which Cruise will operate self-driving taxis and ride-hailing services in the emirate. The agreement will make Dubai the first non-US city in the world where Cruise will commercially operate these vehicles.

The deployment of these self-driving vehicles is expected to significantly improve road safety levels as over 90% of accidents are due to human errors. The all-electric vehicles are environmentally-friendly and capable of serving a wide range of clients from different community segments, including seniors and people of determination. This agreement will support Dubai’s 2030 vision for self-driving technology, as part of which the emirate seeks to reduce transportation costs by AED900 million a year and save AED1.5 billion a year by reducing environmental pollution by 12 per cent, as well as generate AED18 billion in annual economic returns by increasing the efficiency of the transportation sector in Dubai.

His Excellency Mattar Mohammed Al Tayer, Director-General, Chairman of the Board of Executive Directors of the RTA, signed the agreement on behalf of RTA. Former US Ambassador, and Cruise’s Chief Legal Officer Jeff Bleich signed on behalf of Cruise. The agreement was signed in the presence of His Excellency Abdulla Al Basti, the Secretary General of The Executive Council of Dubai, His Excellency Philip Frayne, Consul General of the United States in Dubai and Ahmed Bahrozyan, Chief Executive Officer of The Public Transport Agency at RTA.

His Highness Sheikh Hamdan bin Mohammed bin Rashid Al Maktoum praised the agreement between the RTA and Cruise noting that it will raise the global profile of Dubai in self-driving transport and support efforts to transform Dubai into the smartest city in the world. “This agreement, which is the first of its kind worldwide between a government entity and a leading developer of autonomous vehicles, and autonomous vehicle technology, is a major step towards realising Dubai’s Self-Driving Transport Strategy aimed at converting 25% of total trips in Dubai into self-driving transport trips across different modes of transport by 2030,” said His Highness Sheikh Hamdan.

His Excellency Mattar Al Tayer expressed his happiness at the agreement with Cruise that was concluded after conducting extensive due diligence. Cruise’s partnership with auto manufacturing giants gives them the ability to build their self-driving cars on standard production lines, which will ensure the highest performance and safety standards. Among other factors, this has enabled Cruise to be the exclusive provider of self-driving taxis and ride-hailing services till 2029. Dubai will be the first non-US city where the Cruise Origin, the first purpose-built all-electric, self-driving vehicle, will be launched. Under the agreement, Cruise will establish a new local Dubai-based company which will be fully responsible for the deployment, operation and maintenance of the fleet.

“The selection of Cruise was not taken lightly. We engaged in a comprehensive, multi-year process to choose the best possible partner. Cruise’s technology, resources, purpose-built vehicle, automaker partnerships, approach to safe testing and deployment and strategy give them the ability to launch safely and faster than any other company. Preparations for the launch of the self-driving service will start shortly. The operation of Cruise self-driving vehicles will start with a limited number of vehicles in 2023, with plans to scale up to 4,000 vehicles by 2030,” revealed Al Tayer. “RTA will facilitate the governance of the service provided by the company and support the introduction of the appropriate legislative environment, policies and regulations required for operating this technology,” noted Al Tayer.

“Self-driving vehicles will bring a fundamental shift in transportation and offer innovative solutions for mobility and congestion in the city. The introduction and operation of the vehicles will be gradual and begin in specific areas, scaling as the community experiences their safety and benefits first-hand. The vehicle will be fitted with state-of-the-art sensors to monitor road conditions, and controls to avoid collision with any objects - even with those the human eye cannot see,” he further added.

“The operation of self-driving taxis will also enhance the integration between transit means, which will ease the mobility of public transport riders and simplify the process of being transported to their final destinations (first and last-mile),” concluded Al Tayer.

Dan Ammann, CEO of Cruise, expressed how thankful he was for the privilege of Cruise having been chosen by the RTA and for their work to develop an innovative framework for self-driving deployment.

“The Cruise Origin will make transportation safer, a better experience, more affordable and better for the planet,” Ammann said. “Dubai and the RTA are leading the way in making this a reality for their people, and for people everywhere.” 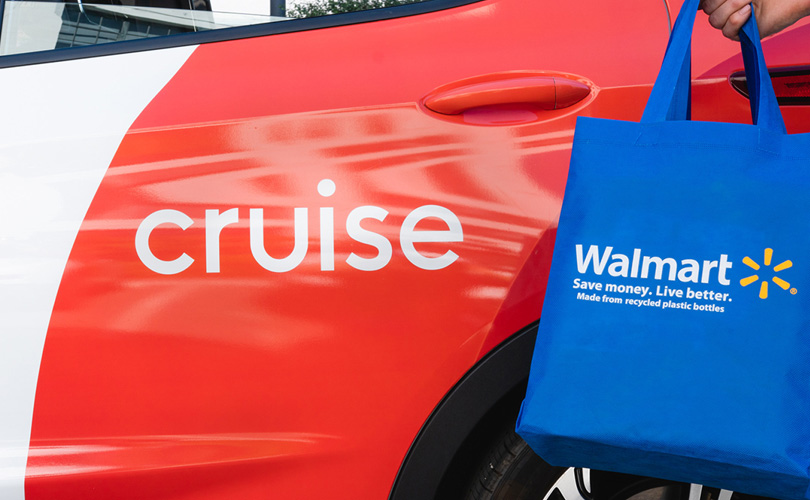 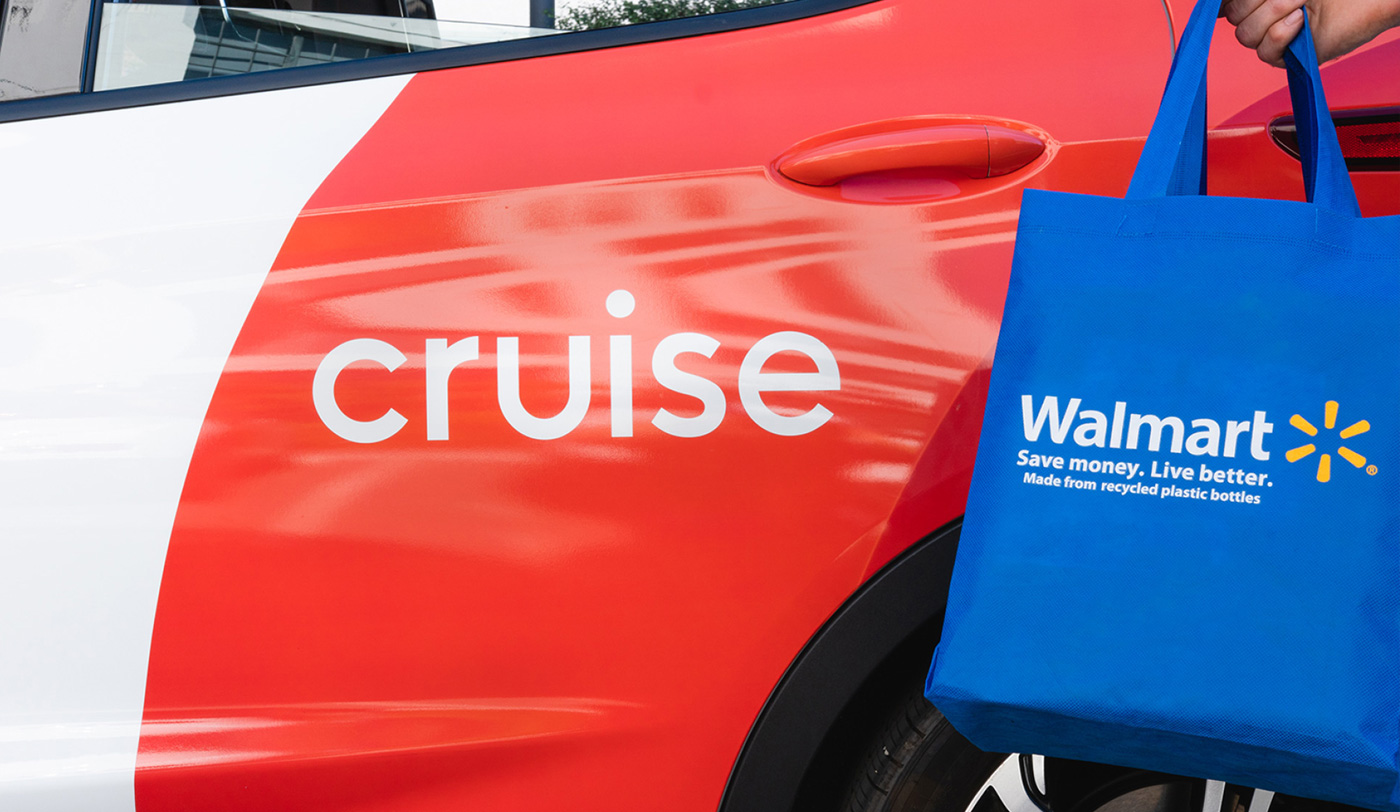 Over the years we’ve been doing a lot to learn more about the role autonomous vehicles can play in retail, and we’ve seen enough to know it’s no longer a question of if they’ll be scaled, but when.

Today we’re taking the next step in our work with autonomous vehicles by making an investment in Cruise, the San Francisco-based company enabling a self-driving future through their all-electric fleet of self-driving cars. The investment will aid our work toward developing a last mile delivery ecosystem that’s fast, low-cost and scalable.

We began working with Cruise in November of last year developing a delivery pilot in Scottsdale, Arizona. We’ve been impressed with Cruise’s differentiated business model, unique technology and unmatched driverless testing. We also value our shared commitment to a zero emissions future.

As delivery has become a staple in our customers’ lives, we’re focused on growing our last mile ecosystem in a way that’s beneficial for everyone – customers, business and the planet. With their all-electric fleet powered by 100% renewable energy, Cruise is a natural partner as we work to take collective action on climate change. We’re doing this not only in our own operations where we are targeting zero emissions by 2040 and have set a goal to be powered by 100% renewable energy by 2035, but also throughout the supply chain and our environmental initiative, Project Gigaton, one of the largest private sector consortiums for climate action.

This investment is a marker for us – it shows our commitment to bringing the benefit of self-driving cars to our customers and business. We’re excited to join Cruise’s already impressive partner and investor ecosystem with the likes of GM, Honda and Microsoft as we work toward pioneering this emerging technology.