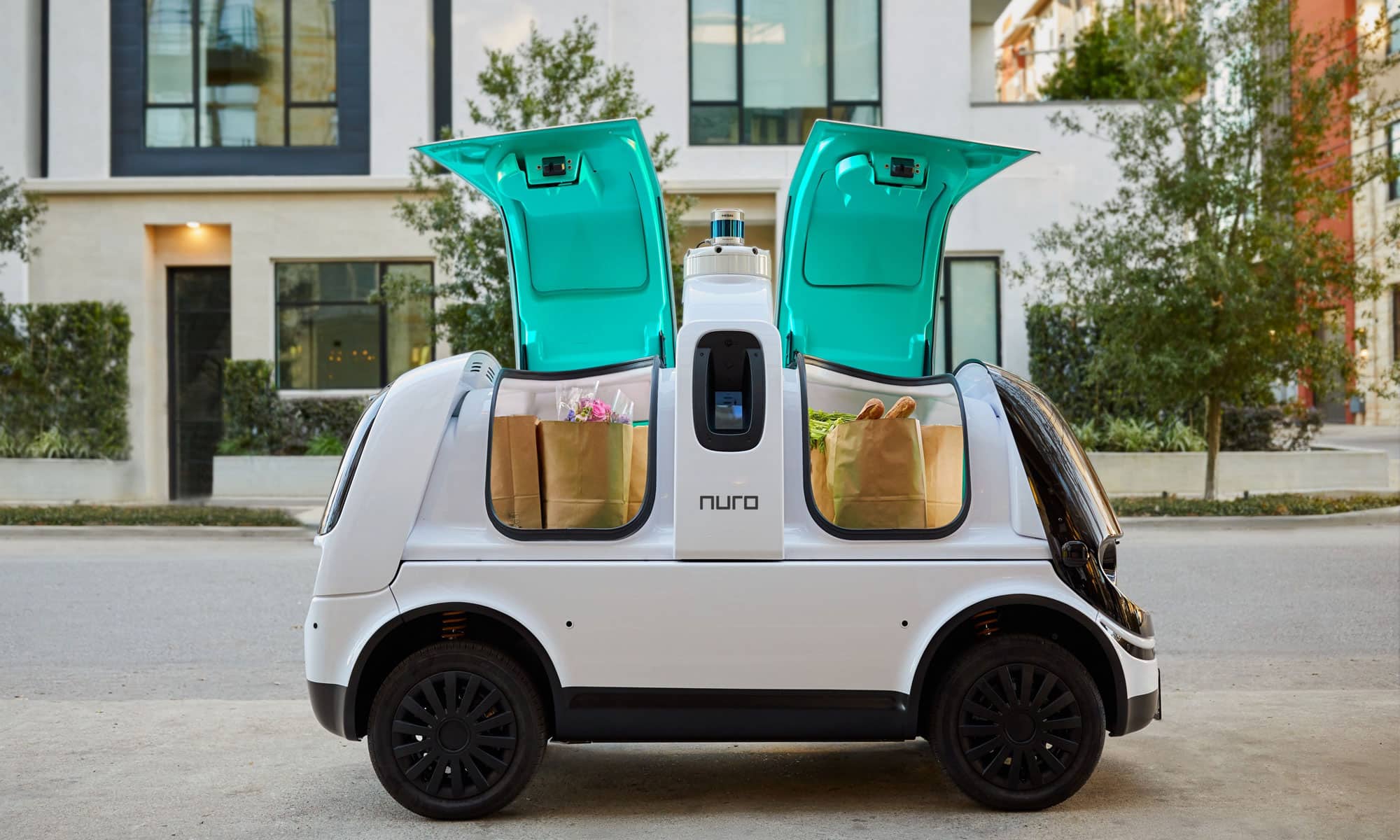 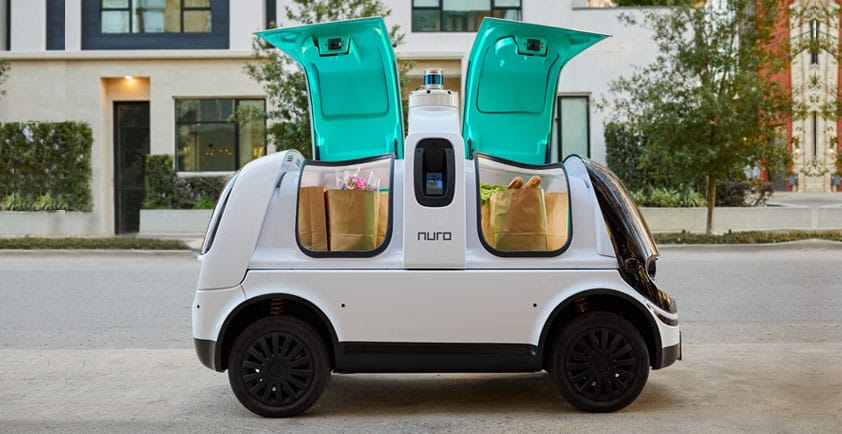 Today, we are proud to share that Nuro has become the first company to receive a permit to deploy autonomous vehicles on public streets from the California Department of Motor Vehicles. This permit will allow our vehicles to operate commercially on California roads in two counties near our headquarters in the Bay Area. Soon we will announce our first deployment in California with an established partner. The service will start with our fleet of Prius vehicles in fully autonomous mode, followed by our custom-designed electric R2 vehicles.

The California DMV has been working towards this milestone for nearly a decade. Since California adopted one of the first autonomous vehicle laws in the country in 2012, the DMV has steadily crafted a regulatory framework that last year included small delivery vehicles like Nuro’s. This framework set up a three-stage permitting process for companies to move from testing with a safety driver, to driverless testing, and now finally, to commercial deployment.

At every step, the DMV has reviewed the substantial record of data and information provided by AV companies, collected input from law enforcement, local communities, and stakeholders, and, as Director Steve Gordon has emphasized, kept to the touchstone that “the safety of the motoring public is the DMV’s top priority.”

Nuro’s journey has also been guided by this shared focus on safety, exemplified in our choice to design a custom, goods-only vehicle. R2 was purposefully engineered for safety, with a design that prioritizes what’s outside — the people with whom we share the roads — over what’s inside. We have extensively tested our self-driving technology and built a track record of safe operations over the past four years, including two successful commercial deployments in other states and driverless testing with R2 in the Bay Area communities where we plan to deploy.

As challenging as this year has been for all of us, 2020 has also been a year of important milestones for Nuro. In February, R2 became the first self-driving vehicle to obtain a USDOT exemption; in April, we became the second autonomous vehicle company to receive a driverless testing permit in California; and in October we announced that our R2 vehicles were being tested in three different states — with no drivers, no occupants, no chase cars.

And now, with this deployment permit we can bring a commercial autonomous delivery service to our friends and neighbors here in the Bay Area.

Driverless delivery will have a big impact for Californians in the coming years. Services like Nuro’s will provide contactless access to goods in our communities. A parent in Mountain View will be able to get the week’s groceries delivered, without bundling the family into the car. A grandmother in East Palo Alto will gain access to affordable home delivery of everyday necessities. And a young woman in San Jose will get the opportunity to start a new career overseeing the operation of a driverless fleet of vehicles that will deliver on these promises. We’re excited to see these benefits grow into the everyday lives of the people in our communities, in the places we also call home. 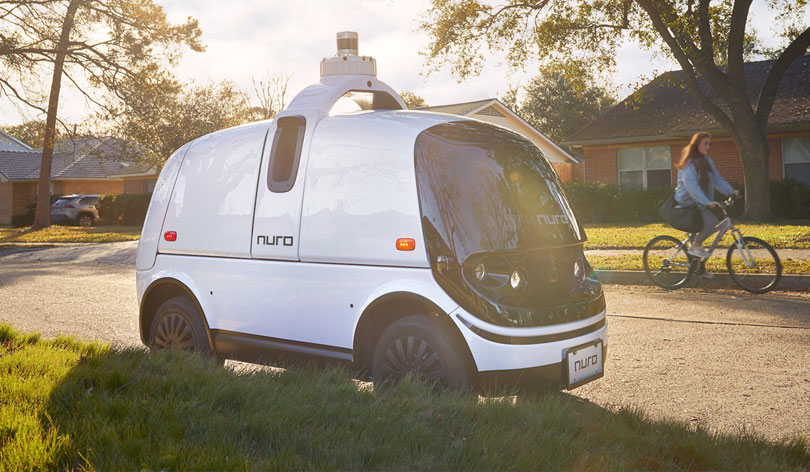 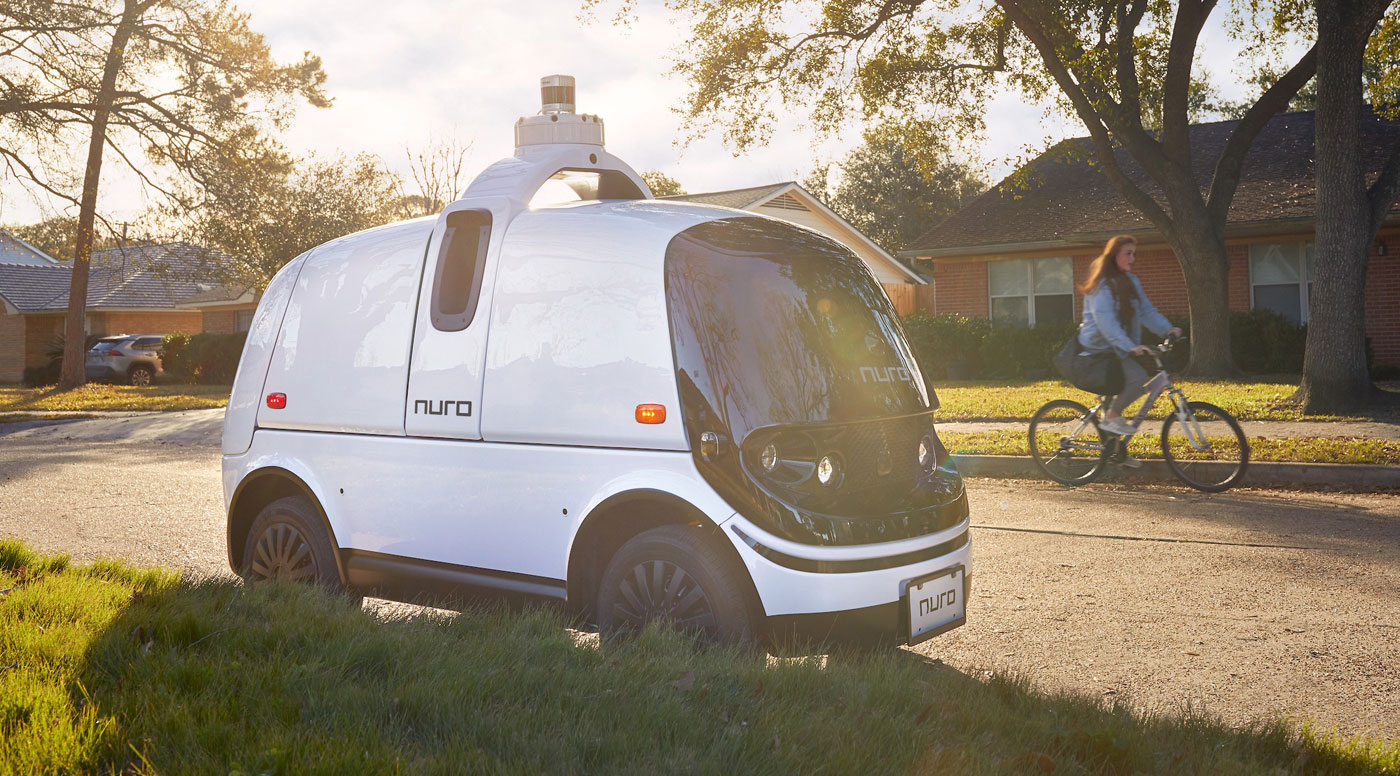 Nuro was founded a little over 4 years ago with the mission of accelerating the benefits of robotics for everyday life.

Today, we are excited to announce a new $500 million Series C funding round, led by funds and accounts advised by T. Rowe Price Associates, Inc., with participation from new investors including Fidelity Management & Research Company, LLC. and Baillie Gifford. Existing investors SoftBank Vision Fund 1 and Greylock are also investing in the round.

When we started Nuro, my co-founder Dave and I set out to build a team that would apply its core expertise in robotics to develop products that can free us to use our own time on the things and people we value most. For our first product, we decided to focus on building an all-new electric self-driving vehicle to transport goods instead of people. Something that could dramatically reduce the time we spend in cars picking things up from stores. It turns out that we all spend so much time doing this that it’s roughly equivalent to a month’s worth of unpaid work every year for each American.

We have now developed two generations of our lightweight autonomous delivery vehicle. R2, our second generation vehicle, received the first and only federal exemption for an autonomous vehicle granted by the U.S. Department of Transportation (DOT) and National Highway Traffic Safety Administration (NHTSA). R2 was also the first vehicle to operate fully autonomously on public roads in three different states — California, Texas, and Arizona — with no drivers, no occupants, and no chase cars.

We now know that our industry, self-driving local delivery, will not only make it easier to buy groceries, hot food, prescription drugs, and other products, but will also positively impact local economies, and serve low-income communities living in food deserts. And during the COVID-19 pandemic, we have learned that contactless delivery of goods — the service R2 provides — can help reduce the spread. The underlying need and excitement for a better way of moving local goods is shared by our growing list of partners, including Domino’s, Walmart, Kroger, and CVS.

With this latest round of funding securing a long runway of future technology development and commercialization, we at Nuro could not be more excited about what the next 4 years will bring.

Motional’s next generation, state-of-the-art vehicles will be integrated, operationalized and deployed on ...