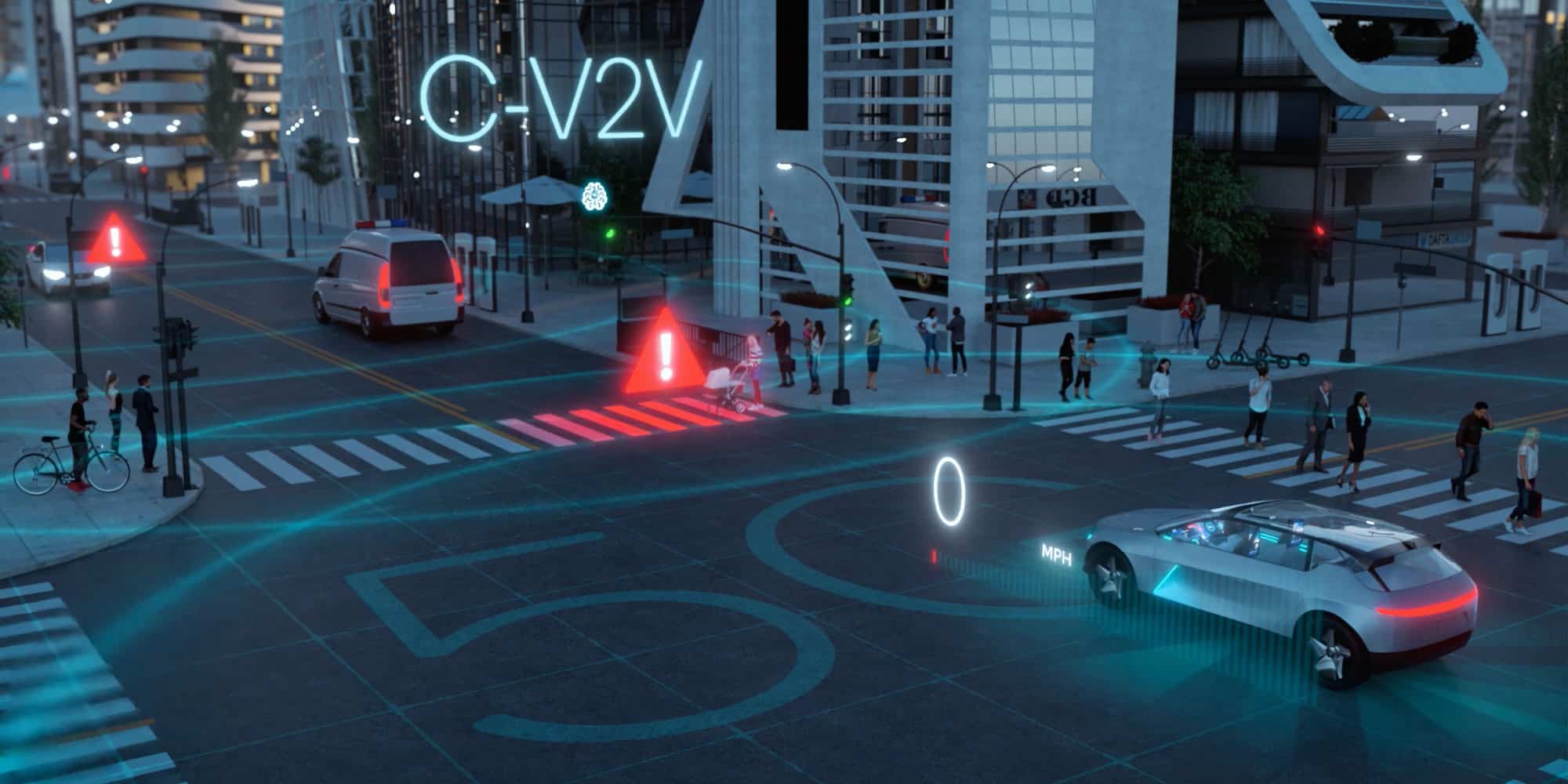 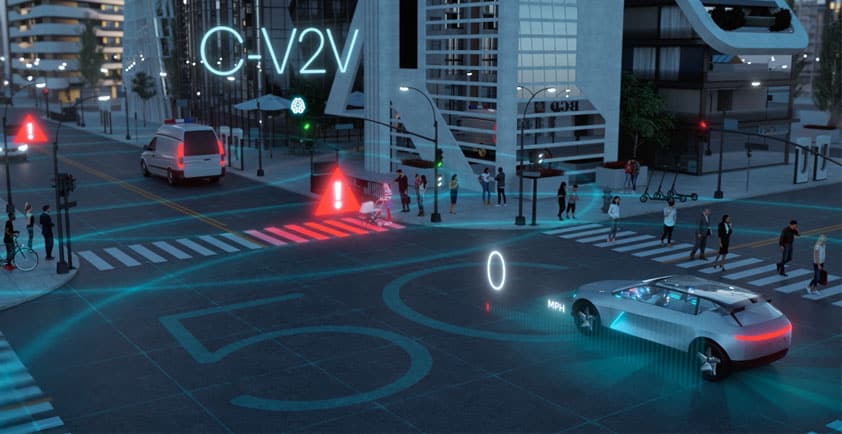 C-V2X, a technology developed by the telecommunications industry specifically for automotive safety applications is rapidly gaining mindshare globally. The technology is a continually improved direct-communication radio delivering Vehicle-to-Vehicle (V2V) and Vehicle-to-Infrastructure (V2I) collision avoidance applications to improve road safety and traffic efficiencies in the harmonized 5.9GHz ITS band. Furthermore, C-V2X is supported by:

> 3GPP Release 15, which adds some additional improvement was released in 2018

C-V2X does not need a cellular network to offer direct communications, though end-to-end use cases can be complemented by cellular network-based connectivity solutions already adopted by the automotive industry. Cellular network connectivity, now referred to as Vehicle-to-Network (V2N) and commonly used for telematics services, first debuted in automotive applications in 1996 and have been steadily increasing across vehicle fleets. Over the last few telematics design-cycles, automakers have been increasing their adoption of communications and are moving rapidly to achieve 100 percent attach rates to offer connected vehicles for a variety of use cases ranging from automotive crash notification (ACN), concierge services, firmware updates, connected infotainment, traffic and road condition updates, and remote supervisory control.

These two modes of communications, direct (C-V2X) and network (V2N), are synergistic in that C-V2X has been integrated into the same chipsets and platforms as telematics, giving automakers comparable technology trajectories for improved performance and functionality, as well as strong cost benefits. The complementary nature of both modes of communication can deliver a richer experience for end-to-end use cases by leveraging both local short-range and cloud-based long-range connectivity.

An earlier direct communication radio, IEEE 802.11p, exists and supports DSRC/ITS-G5. However, it dates back several decades to 1999 as a derivative of IEEE 802.11a Wi-Fi specifications, and isn’t integrated with cellular chipsets. 802.11p technology served as an initial basis for evaluation of V2V and V2I use cases and specification development, though China and the United States have embraced C-V2X for commercial launches. More on this later as we look at automotive C-V2X commitments in China and the U.S.

Just like there is synergy between telematics and C-V2X for the automaker, a comparable synergy is being promoted to infrastructure owner operators and road operators — as the infrastructure ecosystem featuring high-density 5G networks is deployed, operators can integrate the Roadside Unit (RSU) functionality required for V2I applications with 5G infrastructure. Or, viewed from a different perspective: RSUs deployed to improve road safety can include the necessary functionality to support 5G network infrastructure build-out and densification; yielding win-win opportunities for public-private partnerships.

These two important aspects of C-V2X are quite pronounced in deployments in China and those beginning in North America. China’s investments and focus on bringing C-V2X technology to market, both in-vehicle as well as along roadways, has created a sense of urgency for the market. During the Shanghai Auto Show in April 2020, 13 Chinese automakers (including: SAIC, GAC, Dongfeng, Changan, FAW, BAIC, JAC, Great Wall, Southeast, Zotye, Jiangling, BYD, and Yutong) announced plans to integrate C-V2X into mass-produced vehicles from the second half of 2020 to the first half of 2021. Given that China is the world's largest automotive market, it’s no surprise that many additional automakers are making investments to commercialize C-V2X. For example, a recent October 2020 event in Shanghai featured 100 leading automotive and technology companies participating in a large-scale congestion and interoperability event with SAE-China. The success of these efforts gives further confidence that the fast-moving adoption of C-V2X remains on schedule, including production vehicle introductions debuting C-V2X in December by automakers including Chinese domestic supplier Hongqi, and gives further insight into why Ford and other automakers have made statements about introducing C-V2X-enabled vehicles in China throughout 2021. Moreover, China allocated spectrum in the 5.9GHz ITS band supporting the roll-out of C-V2X technology based on Release 14/15, showing its commitment to improving driver safety.

Likewise, a shift in the U.S. market has started to take shape: first with Ford’s plans to introduce C-V2X in all of its new vehicles beginning in 2022, subject to a favorable regulatory environment, and then more recently with Audi of America’s announcement that it would deploy C-V2X on roadways in conjunction with the Virginia Department of Transportation and with American Tower Corporation, which will provide advanced wireless infrastructure. Both Ford and Audi’s use cases are compelling because they enhance their Traffic Light Information (TLI) service by warning of impending red-light violations when traversing signalized intersections and improve work zone safety for Vulnerable Road Users (VRU), such as maintenance personnel, through the use of vests equipped with C-V2X technology.

Automakers including GM, Ford, Nissan, and Hyundai concluded a year-long test of C-V2X on the roads as part of a significant CAMP effort, and the FCC’s Report and Order in November 2020 solidified C-V2X as the direct communication radio to support ITS applications in the 5.9GHz band. Given the momentum of C-V2X, an abundance of products have emerged, including C-V2X RSUs, dual-radio DSRC/C-V2X RSUs, and C-V2X aftermarket On Board Units (OBUs). Additionally, Tier 1 automotive suppliers have introduced and are readying OBU solutions for factory design-in by OEMs. Qualcomm Technologies, Inc. lists commercially available and publicly announced products here.

There is positive V2X progress to report beyond China and the U.S. For instance, designated 5.9 GHz spectrum for C-ITS and Japan is targeting 2023 for a 5.9GHz allocation. Korea, Brazil and others are developing go-to-market plans, given their commitments to safety, and are actively observing the recent market traction and global trends. In Europe, a July 2020 ETSI C-V2X plugtest achieved an interoperability success rate of 94%, having earlier in the year seen ETSI publish EN 303 613 which defines the use of C-V2X as an approved access layer technology for ITS devices for vehicles and roadside infrastructure.

The global and vigorous ecosystem supporting C-V2X is best reflected in the very active 5G Automotive Association (5GAA), which in four short years has grown to over 135 members, representing leaders in automotive, telecommunications, and mobile industries.

The industry’s commitment to using advanced technology to deliver improved vehicle safety is a catalyst throughout the world for automakers to embrace a radio technology like C-V2X, and we believe that sentiment is generating quite a following. Also aiding in the adoption of C-V2X are the initial V2I use cases for traffic signal preemption and transit priority, which improves safety and response times for emergency vehicles and enhances efficiency for public transportation and the movement of goods, respectively. In the same vein, V2I can also help improve emissions by keeping vehicles moving efficiently and reducing sudden stops or idling which supports our collective commitment to sustainability.

C-V2X is an important technology that can be added to many new vehicles around the world, and retrofitted to existing fleets, to improve road safety and traffic efficiency. It is synergistic with the cellular network capability that supports today’s connected vehicles, integrable into the latest platform roadmap for in-vehicle OBU solutions, and adoptable and deployed by infrastructure stakeholders and road operators. 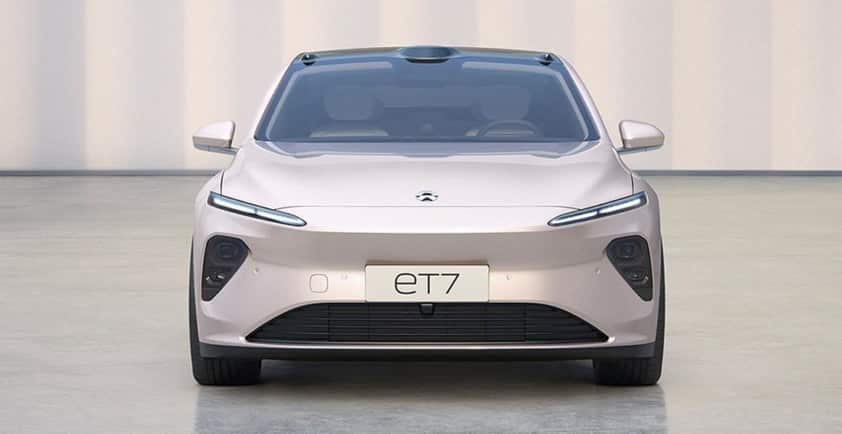 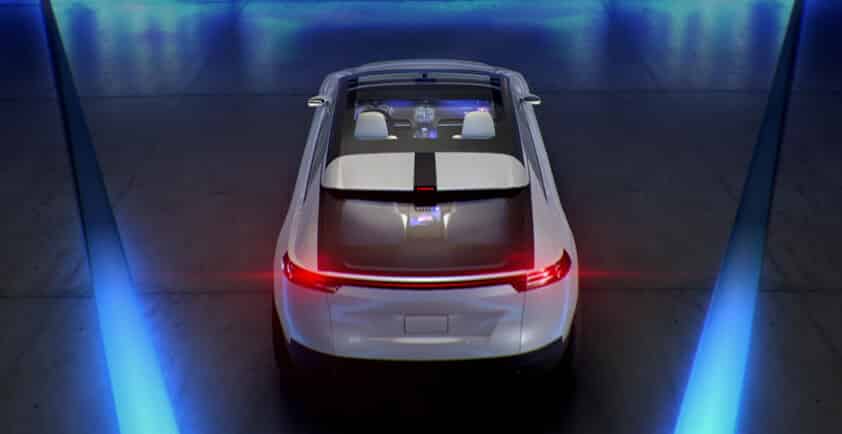 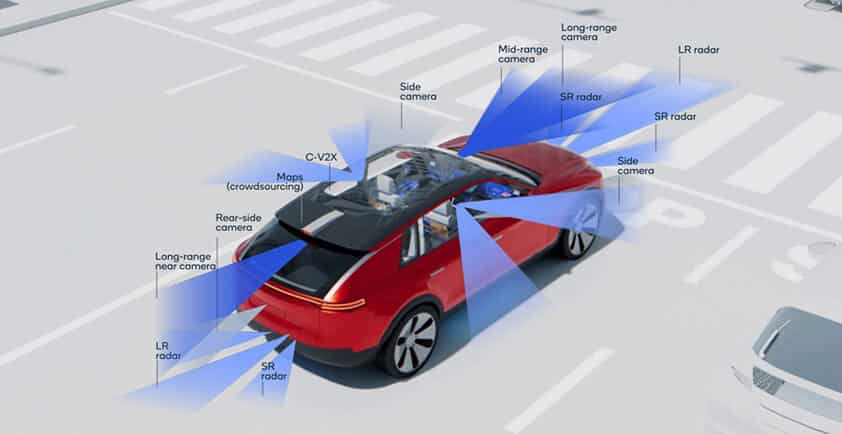 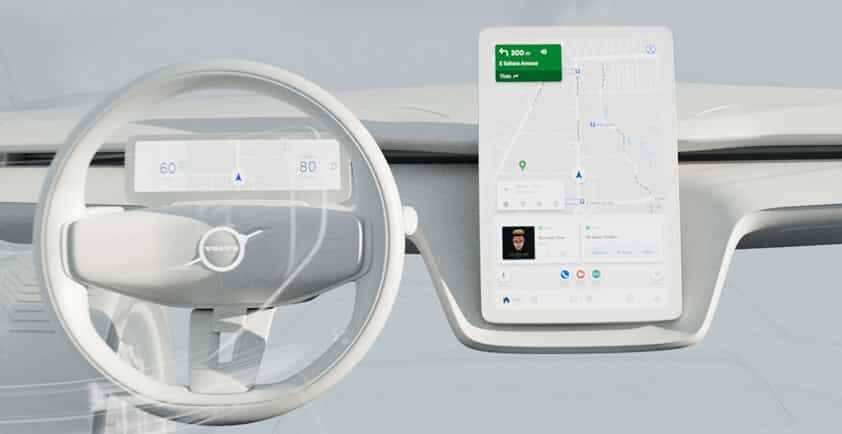 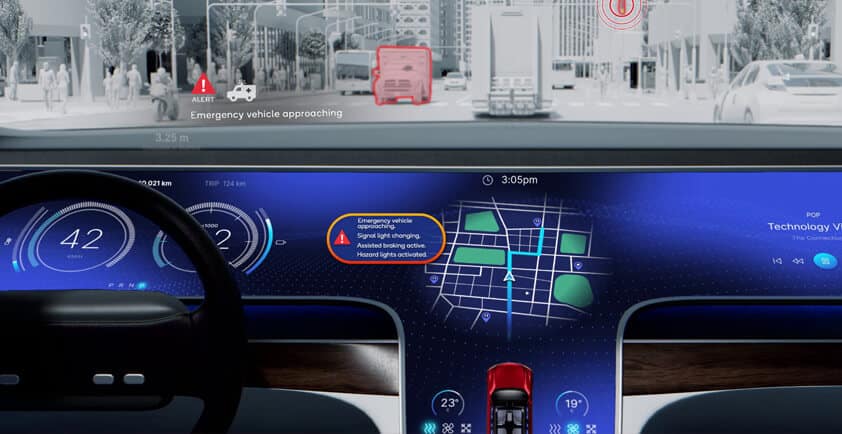 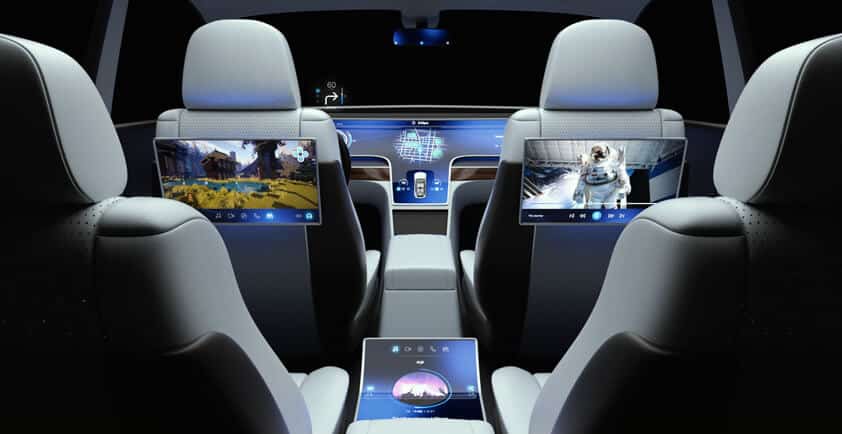 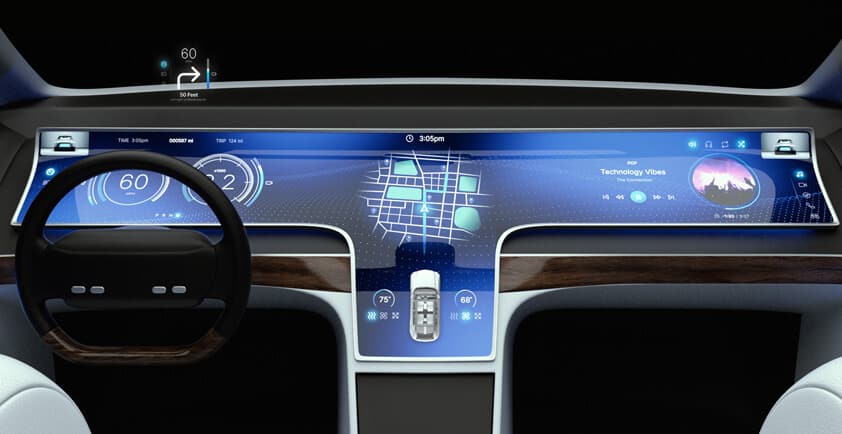 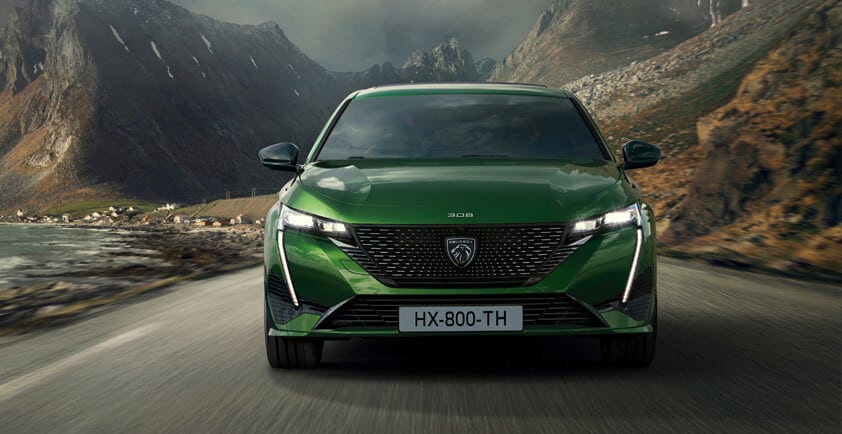 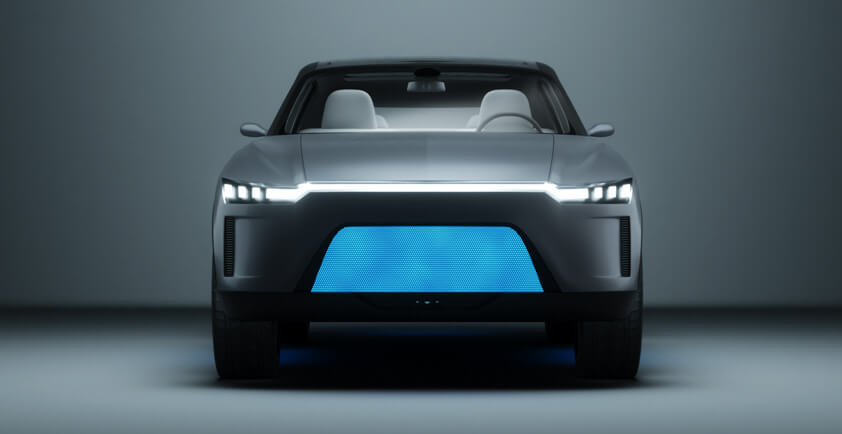 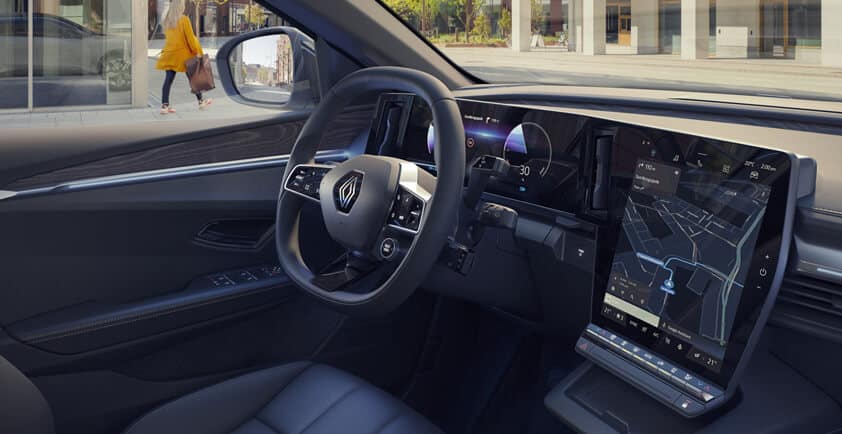 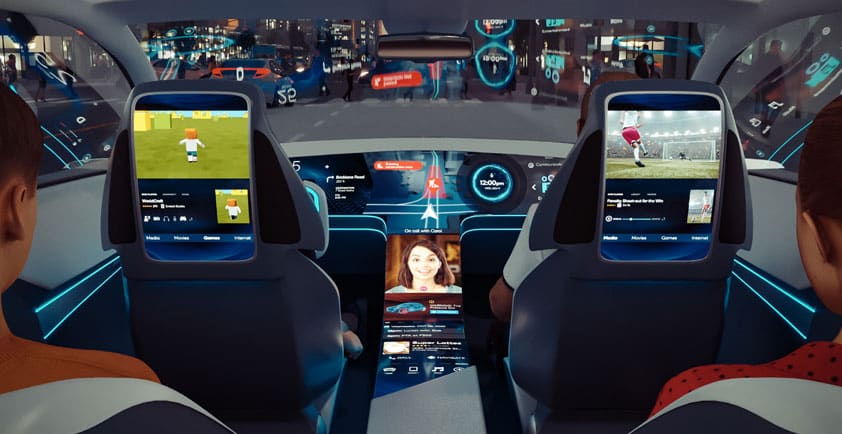 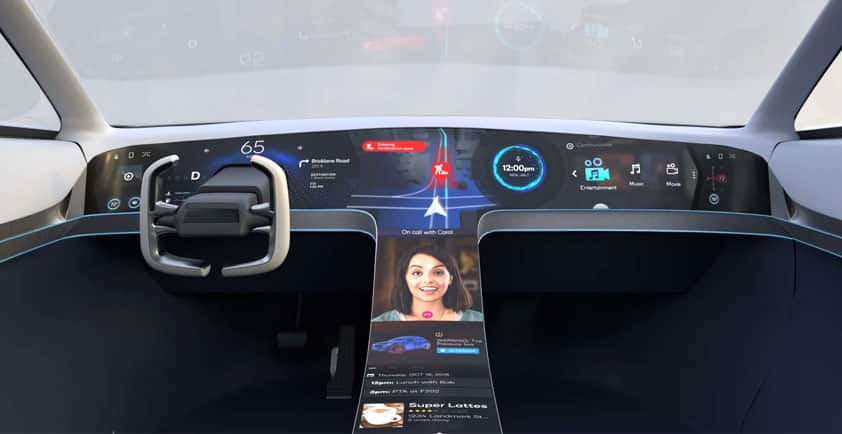