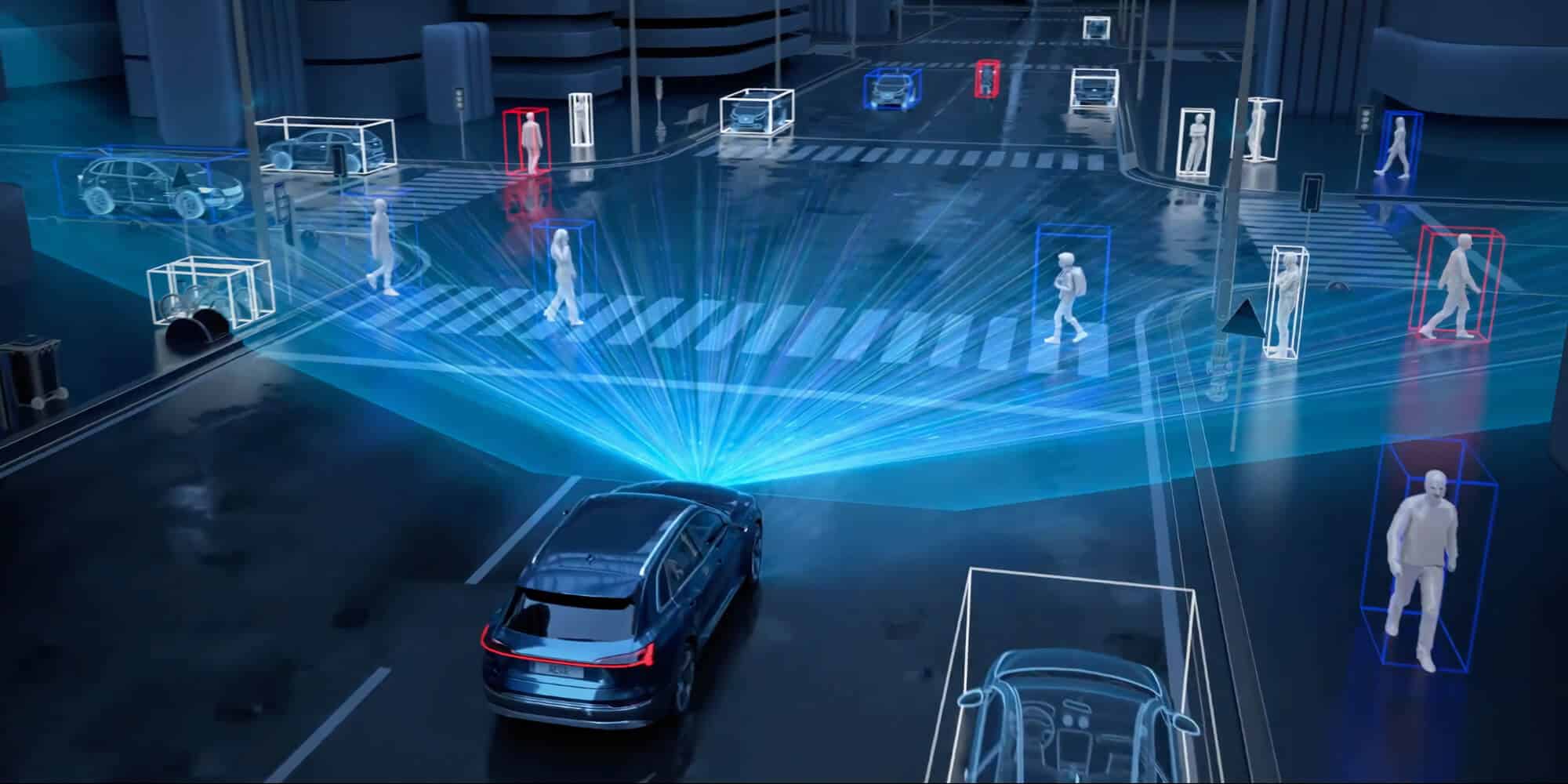 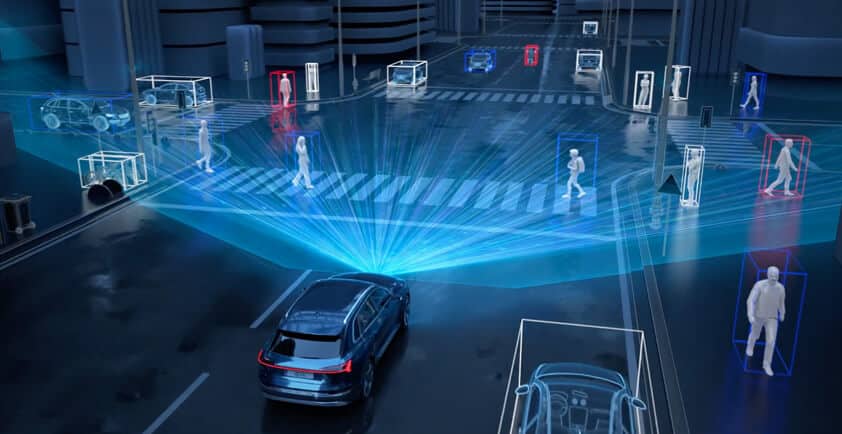 Next-generation FMCW LiDAR Sensor with Advanced 4D Perception Software Detects Instant Velocity in Addition to Position, with Automotive Grade Reliability in a Compact Form Factor and Up to 1000 Lines Per Frame with Ultra Resolution™ to Enable the Next Wave of Autonomy

Mountain View, Calif. – Aeva® , a leader in next-generation sensing and perception systems, today unveiled Aeries™ II, a 4D LiDAR™ sensor built with automotive grade reliability to enable the next wave of autonomy across applications in automotive, industrial and beyond. Leveraging Aeva’s unique Frequency Modulated Continuous Wave (FMCW) technology and the world’s first LiDAR-on-chip module design, the sensor uniquely detects the fourth dimension of instantaneous velocity for each point in addition to 3D position. Advanced 4D Perception™ software powers groundbreaking new features like 4D Localization™ and Ultra Resolution™, a camera-level image with up to 20 times the resolution of legacy LiDAR sensors. Key features of Aeries II include:

> Camera-Level Ultra Resolution: Leverages Aeva’s proprietary raw 4D data to deliver a real-time camera-level image with up to 1000 lines per frame with no motion blur for the static scene

> Instant Velocity with Ultra Long Range: Aeva’s next-generation 4D LiDAR uniquely measures instantaneous velocity for each pixel in addition to 3D position, allowing automated vehicles and machines to perceive where things are and know precisely how fast they are moving, at distances up to 500 meters

> LiDAR-on-Chip Technology: A groundbreaking design eliminates all fiber optics and incorporates all key LiDAR elements onto silicon photonics in a single compact module for reliable and scalable production

> Automotive Grade Reliability: With automotive-grade ratings for ingress, impact, thermal, and shock and vibration to ensure peak performance across a variety of road and environmental conditions

> Designed for Versatility: At a quarter of the size of the previous generation, the compact design allows for a wide range of integration options, with real-time configurable maximum ranges, field of views and scan patterns to enable a broad range of autonomous applications

“Aeries II is a leap forward for the industry and we believe it will play a critical role in unlocking the next wave of automation across a variety of applications from automotive, to industrial and beyond,” said Mina Rezk, Co-Founder and CTO at Aeva. “Aeva’s unique FMCW technology has inherent advantages like instant velocity detection for each point that allow us to deliver several crucial breakthroughs for our customers such as Ultra Resolution and 4D Localization, which have not been possible until today. Aeries II provides our customers with a new level of perception to help automated vehicles and machines make safer, more intelligent decisions with higher confidence.” 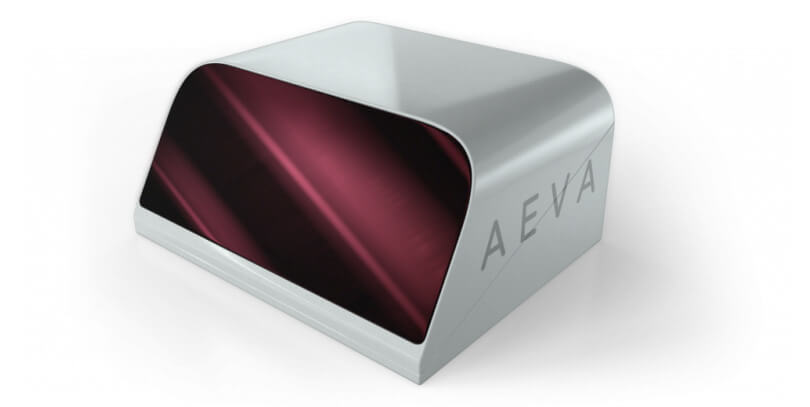 > Ultra Resolution: A real-time camera-level image of the world with up to 1000 lines per frame with no motion blur for the static scene, providing up to 20 times the resolution of legacy time of flight LiDAR sensors. Image segmentation enables the detection of roadway markings, drivable regions, vegetation, road barriers, as well as detecting road hazards like tire fragments at up to twice the distance of legacy time of flight LiDAR sensors. Instant velocity data allows for high confidence detection and tracking of dynamic objects such as oncoming vehicles and other moving objects at distances up to 500 meters.

“The improved safety, efficiency, and sustainability of our autonomous trucks are good for fleets, for the public, and for the environment,” said Shawn Kerrigan, COO and Co-founder of Plus. “Adding Aeva’s 4D LiDAR to our state-of-the-art long range perception provides valuable instant velocity detection for an extra layer of redundancy. We are excited to work with Aeva to commercialize and deploy our autonomous driving technology globally.”

Using Aeva’s FMCW 4D technology, Aeries II delivers breakthrough performance by directly measuring the velocity of each point with centimeter per second precision, in addition to precise 3D position. Delivering four million raw points per second, a maximum field of view of 120 degrees by 30 degrees, and a maximum detection range of up to 500 meters, Aeries II holds unique advantages that allow vehicles and industrial machines to operate at higher levels of automation across a broad set of conditions, including:

> Freedom from interference from other LiDAR sensors, including Aeva sensors, providing clear perception when operating near other LiDAR-equipped vehicles.

> Freedom from interference from the sun when it is in the field of view of the sensor, such as during sunrise and sunset, ensuring sensor performance across a wider set of lighting conditions.

Aeva’s groundbreaking LiDAR-on-Chip design eliminates all fiber optics and places all key components including transmitters, receivers and optics onto a silicon photonics chip in a compact module. This design, unique to Aeva’s FMCW 4D technology, enables the manufacturing process to be fully automated, allowing Aeva to scale production of Aeries II to meet the sensing and perception needs of a wide variety of autonomous applications at mass scale.

Aeries II is built for reliability with automotive-grade ratings to ensure peak performance across a variety of road and environmental conditions. Robust IP67 ingress and IK07 impact ratings protect the sensor from dust, water and other particles. Aeries II is also designed to meet the reliability requirements of ISO 16750 standards to ensure durability throughout operation.

The compact design is 75% smaller than the previous generation, allowing for a wide range of sensor integration points in automotive and non-automotive applications. Real-time software configurable field of views, scanning patterns and maximum detection ranges offer optimal performance across various autonomous applications including highly assisted and autonomous driving for cars, trucks, and mobility, as well as non-automotive applications including industrial automation, smart infrastructure, and warehouse automation.

Accessibility is something we care deeply about at Waymo, as our mission is to help improve road safety ..

Las Vegas is the place where millions come every year to experience ..