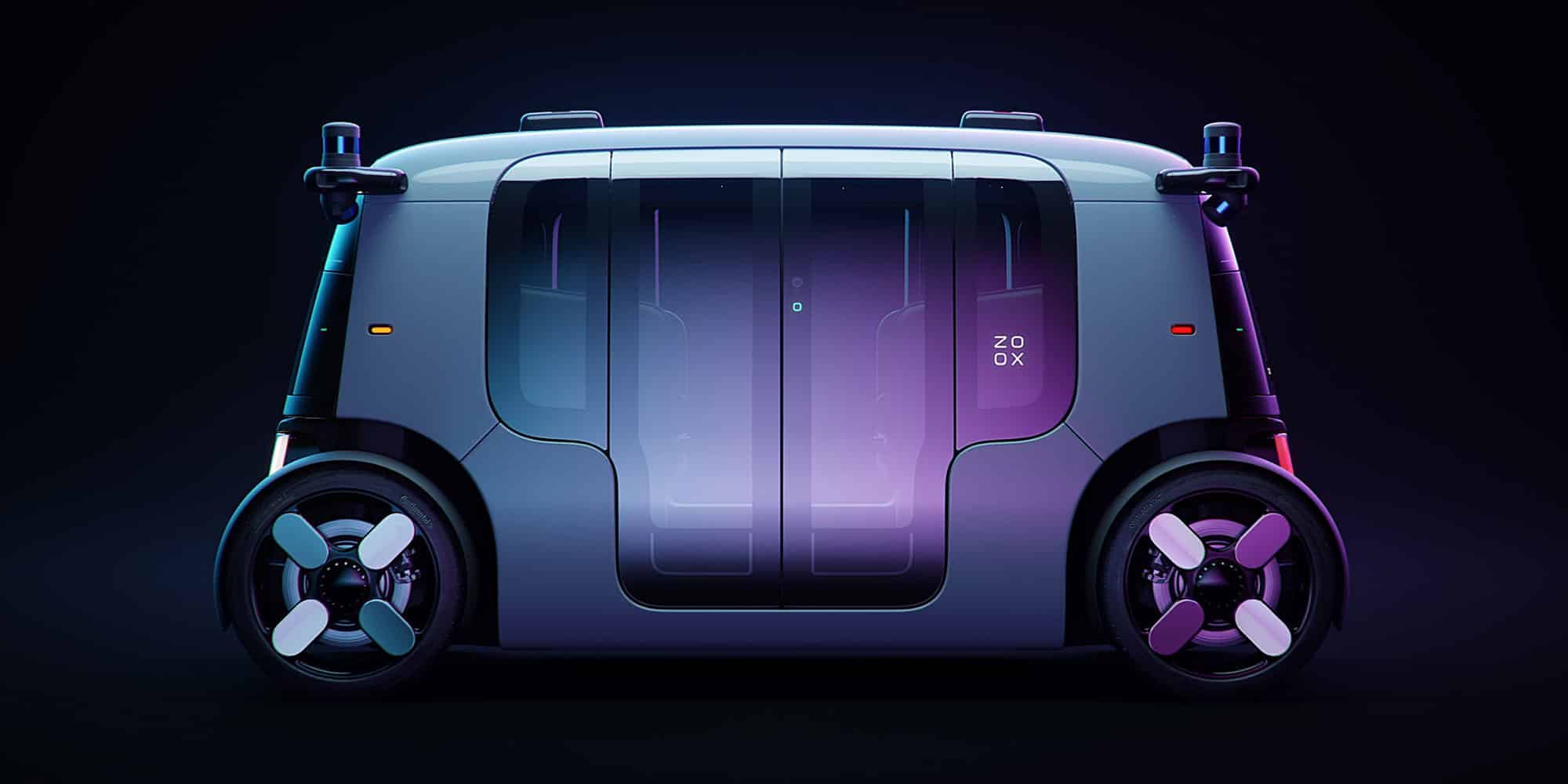 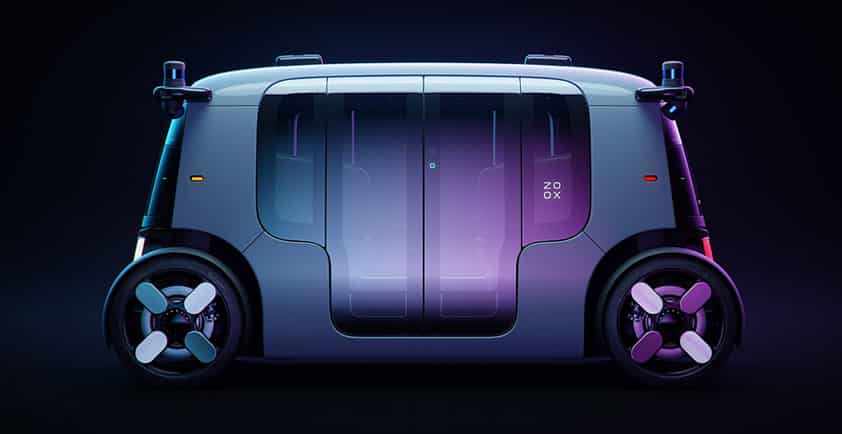 Friedrichshafen (Germany). Future mobility will encompass ride-hailing solutions and robo-taxis to move people comfortably and safely through the megacities of the globe. A pioneer in the robo-taxi business is the independent Amazon subsidiary Zoox that develops personal transportation solutions. ZF is proud to be a partner of the Zoox ecosystem and to contribute to the success of this autonomously and electrically driving robo-taxi.

ZF will provide occupant safety systems and chassis modules for the new Zoox robo-taxi. The autonomous vehicle is designed for safe transportation of up to four passengers. Nevertheless, there might be situations in which the safety components cannot avoid an accident. In this case, innovative ZF technologies can help with mitigating crash consequences for the occupants. These solutions include airbags mounted in the roof and in the seats. The challenge is the innovative camp-fire seating position which means that two passengers will be forward-looking and two passengers backward-looking. The usual occupant safety systems are optimized for forward-looking occupants. The safety concept for this robo-taxi has been specifically developed for these new seating positions.

The chassis is another key module, as it is the basis for a comfortable ride. It is critical to providing a positive rider experience. The precise integration of high-quality chassis components ensures that this happens.

For many years, ZF has been working on solutions for the Next Generation Mobility, including autonomous and electrically powered forms of mobility such as people or cargo movers.

>> The goal: The automation of public transport with electrified and automated shuttles

>> At the end of 2023, autonomous vehicles targeted to be on the road in Mannheim and Friedrichshafen – the two participating real-life laboratories.

Winfried Hermann, the transport minister of the southern German federal state of Baden-Wuerttemberg, announced funding in the amount of 7 million euros for a historical research project on the road to autonomous local public transport in Southern Germany. The goal of the project „Reallabor für den Automatisierten Busbetrieb im ÖPNV in der Stadt und auf dem Land“ (real-life laboratory for automated bus operation in local public transport in cities and the countryside), short form ”RABus“, is to deploy and research electric bus shuttles up to autonomous level 4. In the real-life laboratories in the German cities of Mannheim (focus: mixed inner-city traffic) and Friedrichshafen (focus: overland operation) a local public transport operation with electrified and automated vehicles, among other things with attractive travel speeds, is to be tested by the end of 2023.

The RABus project is one of the implemented measures of the strategic goals for automated and networked mobility in the southern German federal state of Baden-Wuerttemberg. Winfried Hermann, Minister of Transport of Baden-Wuerttemberg, handed over the notice of funding in the amount of 7 million euros to the RABus consortium. These includes the „Forschungsinstitut für Kraftfahrwesen und Fahrzeugmotoren Stuttgart (FKFS)“, the „Karlsruher Institut für Technologie (KIT)“, the „Rhein-Neckar-Verkehr GmbH“, the „Stadtverkehr Friedrichshafen GmbH“ with „DB ZugBus Regionalverkehr Alb-Bodensee GmbH“ as well as the ZF Friedrichshafen AG.

“The funding makes us proud, confirms us and drives us decisively further in the direction of future-oriented mobility: Since 2018, the city of Friedrichshafen has been investing in the construction and development of a test field for automated driving together with numerous partners from science, medium-sized businesses and industry. For good reason: the city is a cradle of mobility history, the headquarters of ZF and the center of a region that develops and enhances mobility at sea, on land and in the air,” said Andreas Brand, mayor of the city of Friedrichshafen.

The development, implementation and testing of economical and reliable operation with automated vehicles is of great relevance for the future of local public transport. Currently, automated vehicles in road-bound public transport are usually only travelling at low speed. This leads to longer travel times and thus to less acceptance and less use. Changing this is the goal of the research project RABus: Mannheim and Friedrichshafen – supported by the respective traffic associations – act as real laboratories. In both cities, a public transport system with electrified and automated vehicles is to be established by the end of 2023. In the Mannheim real-life laboratory, the focus is on automated operation in mixed traffic in a new urban quarter; in the Friedrichshafen real-life laboratory, the focus is on automated countryside operation.

In order to achieve automated and safe driving behavior in the respective environment, the vehicles will operate in regular traffic at acceptable speeds – both in urban and extra-urban areas. Shuttles from 2getthere, a subsidiary of the ZF Friedrichshafen AG, are used for this purpose. They offer space for up to 22 people and, with their compact dimensions of 6 x 2.1 x 2.8 meters, can be integrated into the urban traffic flow according to demand and independent of the timetable.

“Our autonomous shuttles are equipped with electric drives, state-of-the-art sensor technology and central computers equipped with artificial intelligence. They can also communicate with the infrastructure via connectivity services specifically designed for Level 4 systems. We are pleased that the shuttles will now be in operation in Germany for the first time. The approach of the real-life laboratory in Friedrichshafen is a milestone for the urban mobility of the future, as the connection of rural areas to city centers will be very important in the future and will complement the on-demand needs from the outside areas towards the city center; just as we are establishing it in the real-life laboratory in Mannheim. The shuttles are equipped with an autonomous travel system, the ‘Virtual Driver’ and other components, a considerable proportion of them were developed in Baden-Wuerttemberg – here in the 'Land of Tinkerers'; and we are proud to make a contribution to the future of public transport,” said Torsten Gollewski, Executive Vice President Autonomous Mobility Systems at ZF Friedrichshafen AG.

The scientific community is also intensively involved in the project through accompanying research on acceptance, cost-effectiveness and technical solutions. Learn more at: www.projekt-rabus.de.

ADOPT is a middleware that helps automate a wide variety of vehicles. Since there are currently hardly any commercialized vehicles designed for driverless operations, the ADOPT approach also allows for the retrofitting of existing non automated vehicles using some chassis actuators operated by electronically controlled interfaces. You can find more information here: 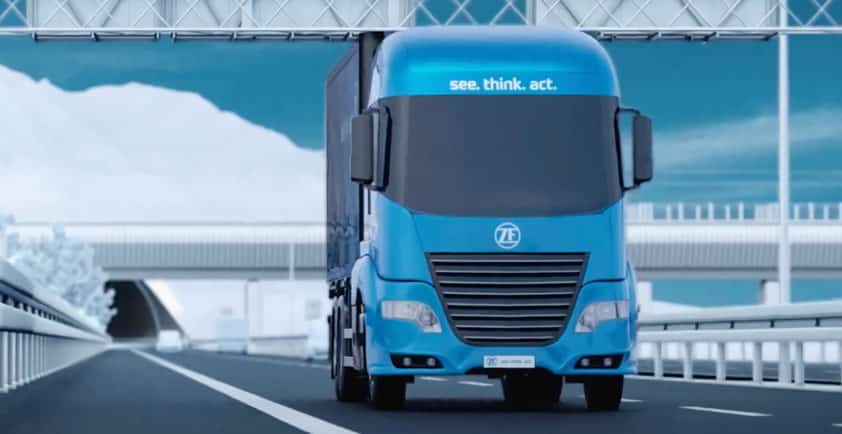 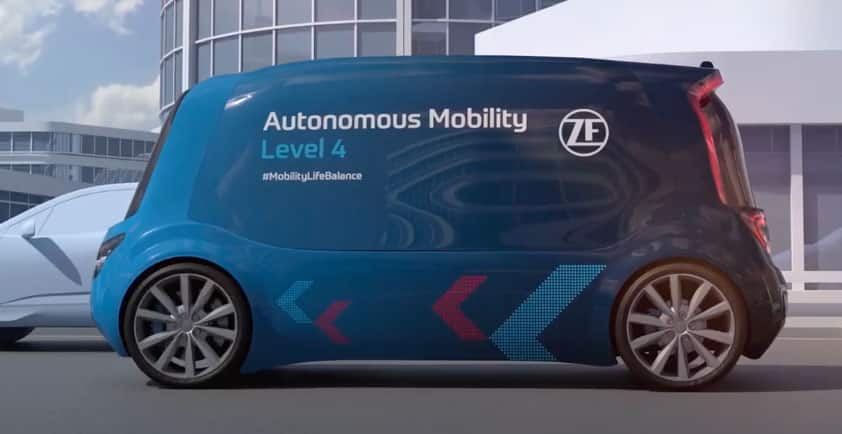 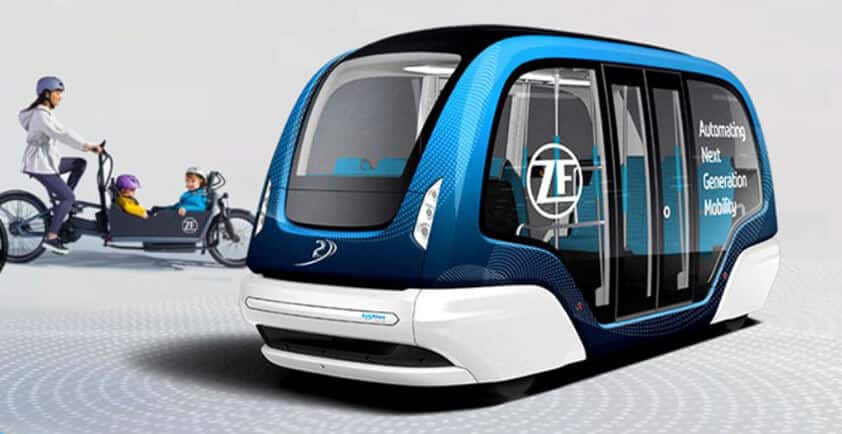 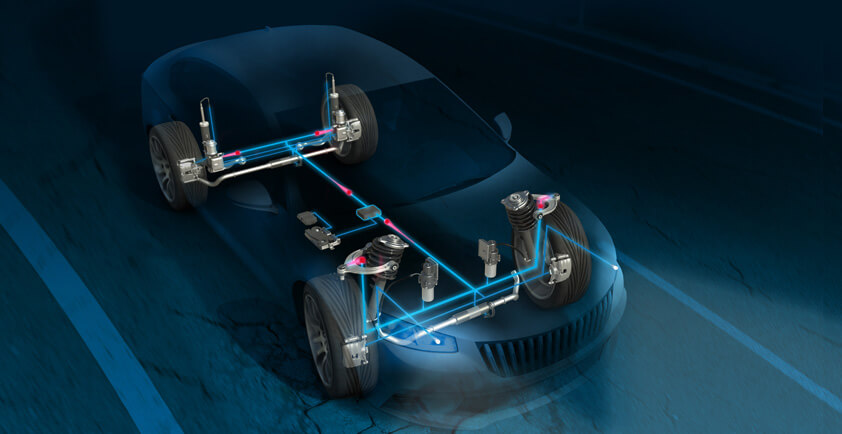 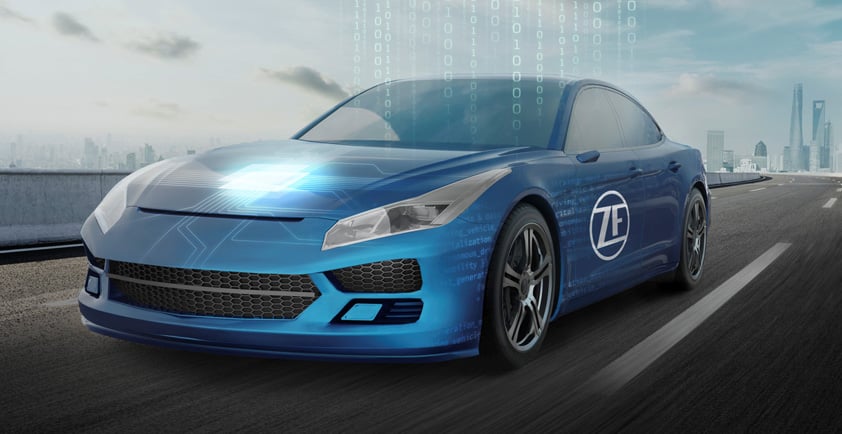 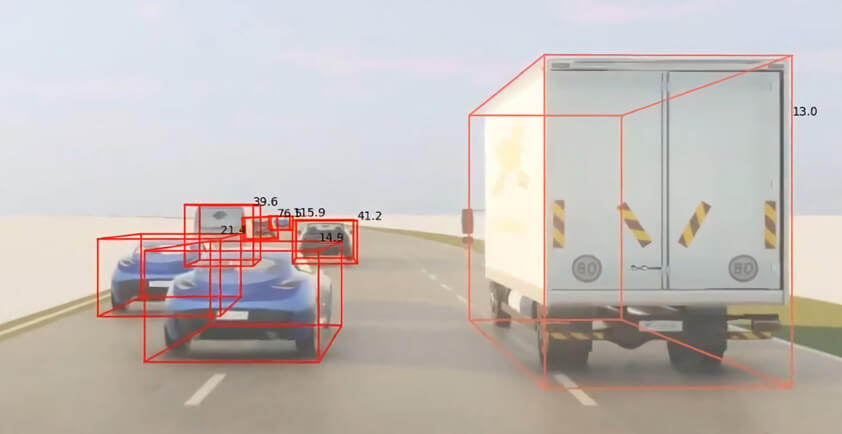 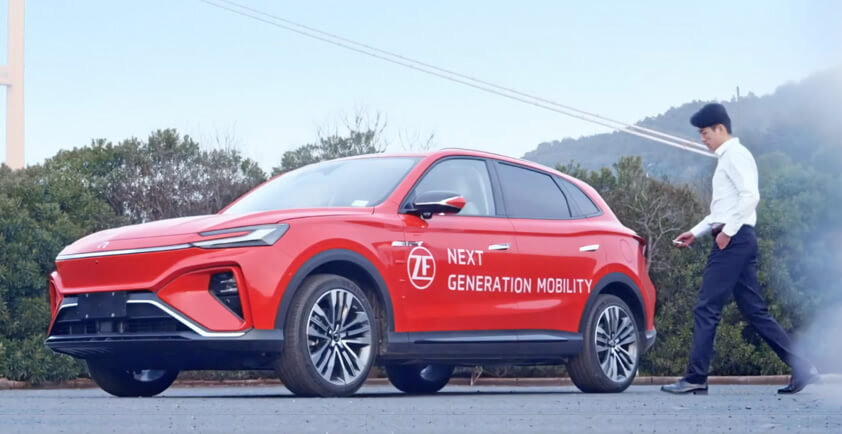 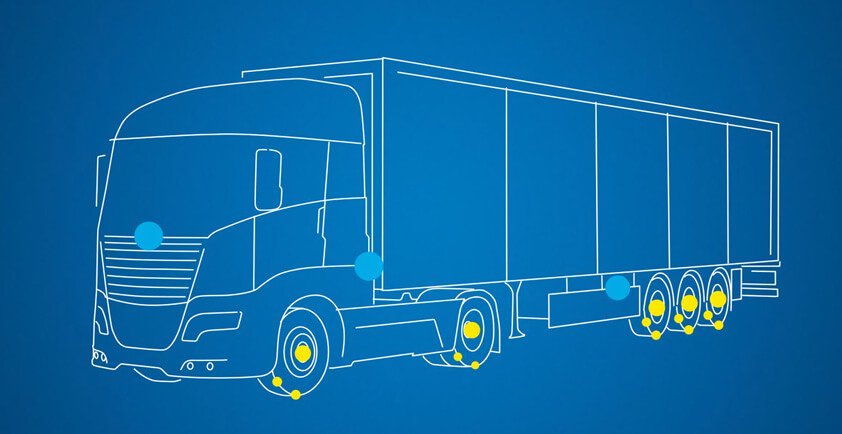 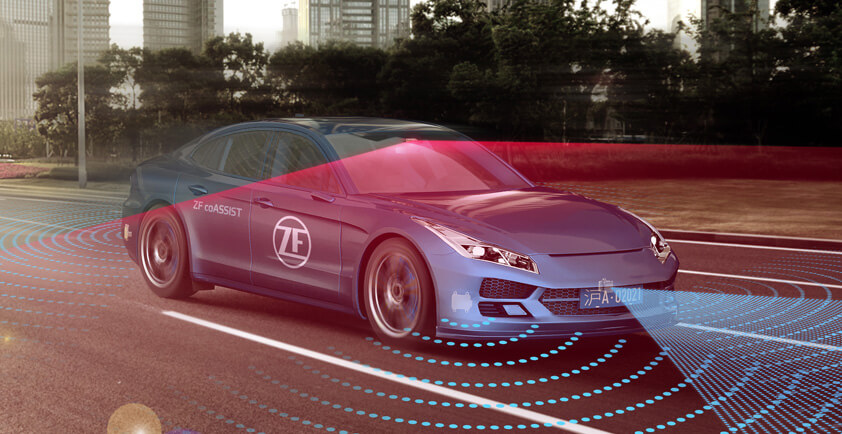 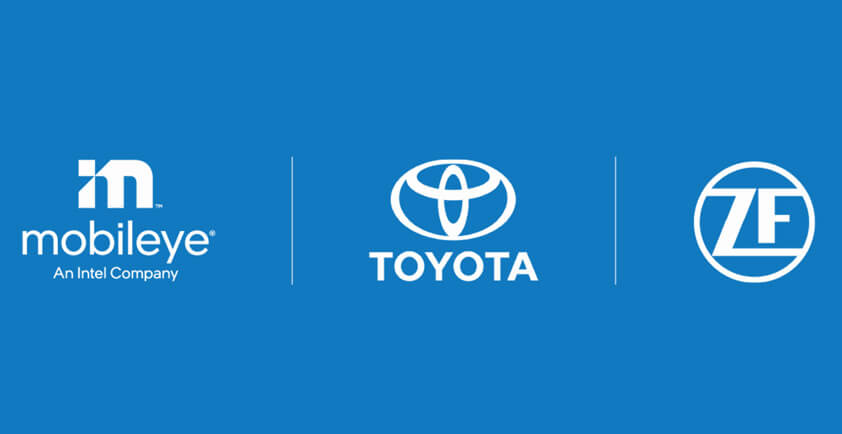 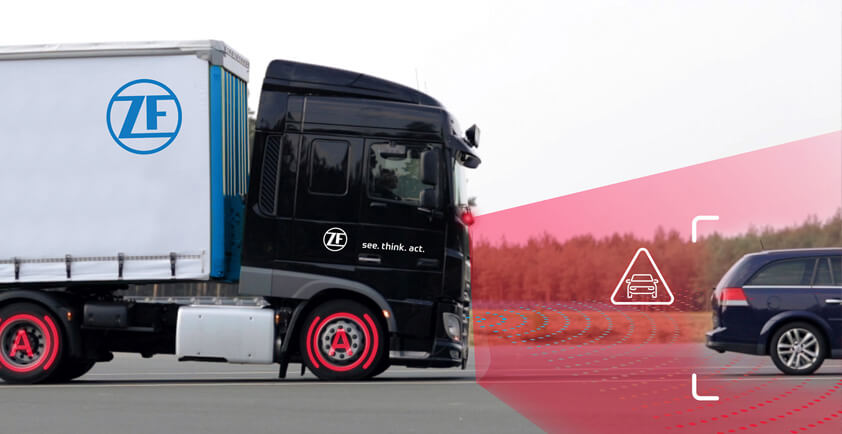 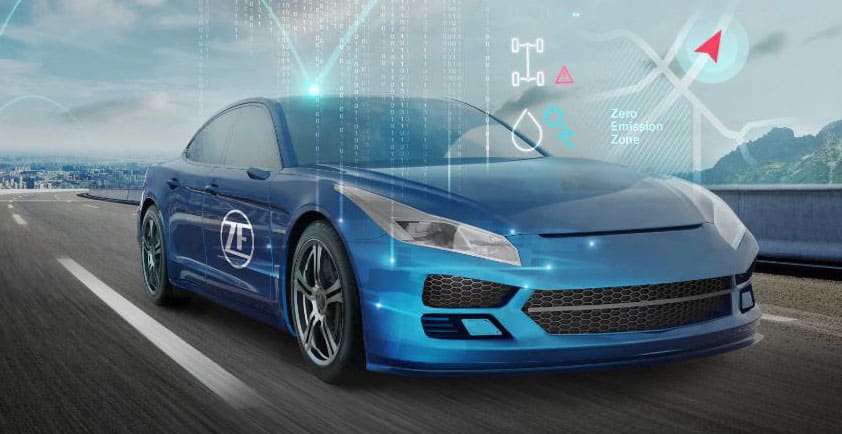