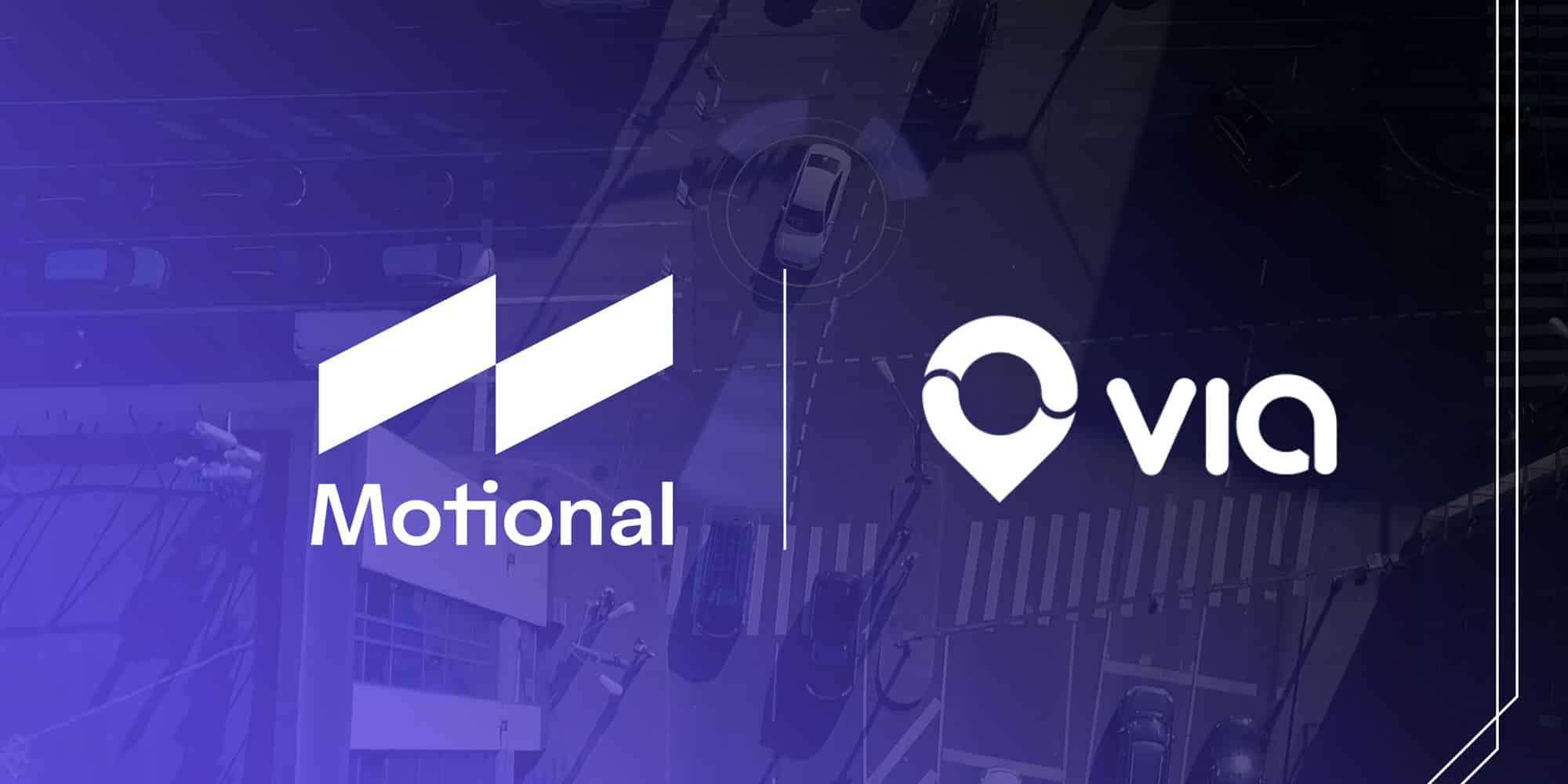 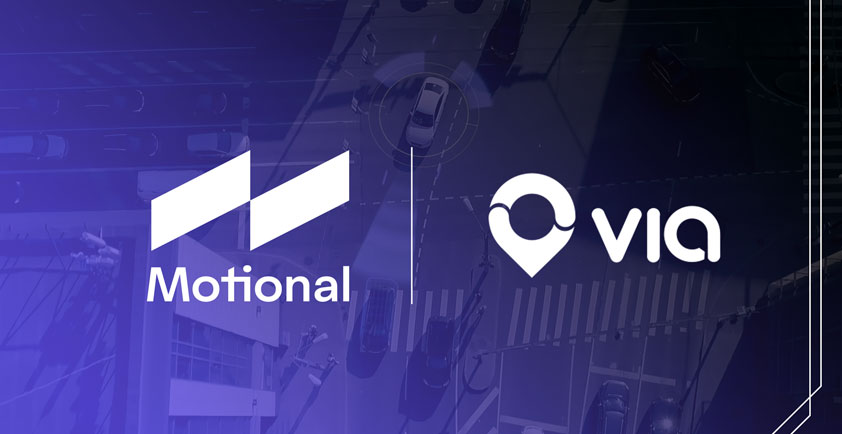 MOTIONAL AND VIA PARTNER TO LAUNCH A PLATFORM FOR PUBLIC, ON-DEMAND SHARED ROBOTAXI RIDES

BOSTON, MA — Motional, a global driverless technology leader, and Via, the leader in public mobility solutions, announce today a first-of-its-kind partnership that will serve as a blueprint for the future of on-demand, shared robotaxis. Motional and Via seek to use learnings from the partnership to inform how driverless vehicles can be integrated into mass transit networks, and optimized for pooled rides.

The partnership’s first service — shared robotaxi rides, available to the public — is expected to launch in one of Motional’s existing U.S. markets in the first half of 2021, expanding access to safe, affordable, and efficient transportation options. The initial launch market will be announced at a later date.

Via and Motional share a long-term vision to change how the world moves, and are building the digital infrastructure to help self-driving vehicles reach their full potential as part of large-scale transit networks. This requires vehicles to be on-demand, optimally routed, and shared by multiple passengers. Efficient utilization of self-driving vehicles will relieve congestion, improve environmental sustainability, and reduce operating costs for transit providers, while expanding transportation options for consumers.

The partnership will seamlessly connect Motional’s self-driving vehicles with Via technology that powers booking, routing, passenger and vehicle assignment and identification, customer experience, and fleet management. The result will be a highly-integrated, and autonomous, shared-ride system. In addition, the rider app will feature local public transit information, encouraging connection to local transit hubs through the service.

“We are excited to partner with Motional to make autonomous shared ride programs an affordable and efficient transportation alternative to the private vehicle,” said Daniel Ramot, Via co-founder and CEO. “By combining groundbreaking on-demand mobility solutions with best-in-class technology for self-driving vehicles, we are creating new and necessary transit options for communities around the globe.”

The partnership is announced as consumer interest in driverless transportation grows in response to COVID-19 concerns. According to recent research, 70% of Americans say the risk of infection impacts their transportation choices, and one-in-five are more interested in self-driving vehicles than they were before the pandemic.

“This partnership comes at an especially significant moment, as COVID reshapes our views on transportation and consumers demand more, flexible, and varied options,” commented Karl Iagnemma, President and CEO, Motional. “We’re thrilled to partner with Via and jointly lay the foundations for self-driving shared rides. This is another step towards driverless technology reaching its full potential.”

Motional vehicles power the world’s most-established robotaxi fleet, a service that has safely conducted over 100,000 rides. Motional launched the world’s first public robotaxi pilot (Singapore; 2016), and has long been at the forefront of driverless technology. Passenger feedback has been consistently and overwhelmingly positive.

Via is the only mobility company with experience in developing software that integrates with multiple AV providers to introduce shared, dynamically routed, on-demand transportation. Via has demonstrated its platform in Irvine, California for “BotRide”, and in integrated demonstrations with Navya and Aurrigo, and in its “BusBot” AV service in New South Wales, Australia.

The Motional team was behind some of the industry’s largest leaps forward, including the first fully-autonomous cross-country drive in the U.S, the launch of the world’s first robotaxi pilot, and operation of the world’s most-established public robotaxi fleet.

Motional is a joint venture between Hyundai Motor Group, one of the world’s largest vehicle manufacturers offering smart mobility solutions, and Aptiv, a global technology leader in advanced safety, electrification, and vehicle connectivity.

Founded in 2012, Via pioneered the TransitTech category by using new technologies to power public mobility systems, optimizing networks of dynamic shuttles, buses, wheelchair accessible vehicles, school buses, and autonomous vehicles around the globe. Building the world’s most efficient, equitable, and sustainable transportation network for all riders — including those with limited mobility, those without smartphones, and unbanked populations — Via works with its partners to lower the cost of public transit and provide accessible options that rival the convenience of a personal car at a much reduced environmental impact. At the intersection of transportation and technology, Via is a visionary market leader that combines software innovation with sophisticated service design and operational expertise to fundamentally improve the way the world moves, with 150 global partners on six continents, and counting.

At the very beginning of this year — before 2020 became “2020” — we revealed the Cruise Origin. The Origin is our self-driving, all-electric ...

Daimler Trucks and Waymo have signed a broad, global ...

Scaling Robotaxis to Those Who Need It Most. We are excited to announce that Voyage is teaming up with First Transit to deploy and ...