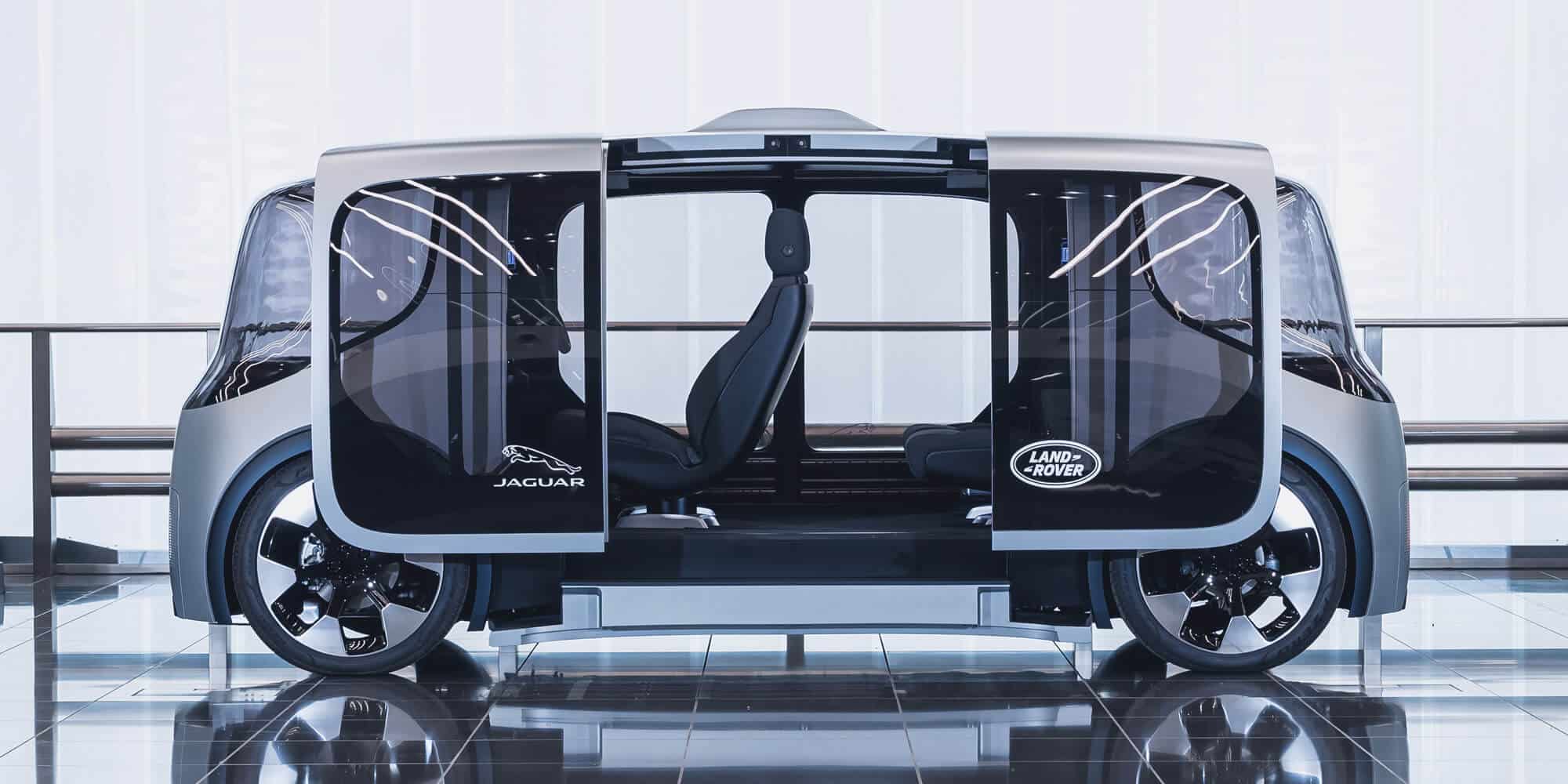 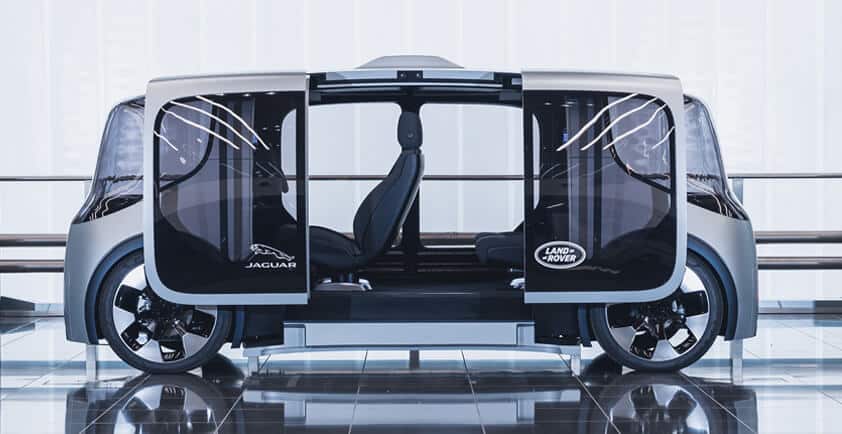 THE FUTURE OF ROBOTAXIS RELIES ON DISTRIBUTED, INTERCONNECTED INFRASTRUCTURE

Robotic taxi (robotaxi) deployments are on the rise around the world thanks to advancements in automated driving system (ADS) technology and regulatory changes that allow more self-driving vehicles on the road. While many consumers remain skeptical about widespread use of driverless vehicles, robotaxi fleets have already been deployed in several regions, with tests underway in others. Some speculate that robotaxis could even leapfrog private vehicles in being the first scaled implementation of driverless automobiles.

Robotaxis offer the promise of increasing safety by reducing accidents caused by human error, improving accessibility to automobile transportation and driving sustainability benefits by increasing the likelihood of more electric vehicles on the road. As changes in the autonomous vehicle market lead to more robotaxi deployments, players in this space must navigate local regulations, address complex data challenges and cultivate connected vehicle ecosystems to help them race into a new era of future mobility.

A changing market: Technology, regulatory and market shifts shaping the future of robotaxis

Several factors are influencing the rapid expansion of robotaxi deployments: technological progress, regulatory changes, growing emphasis on sustainability and a shift in the mobility industry to focus on the opportunity of scaling driverless vehicles.

Maturing technology. Advances in AI and the Internet of Things (IoT) as well as improvements in connectivity toward 5G have accelerated ADS progress. Just a few years ago, companies were testing vehicle automation at partial automation, and today, we have L3 vehicles on the road and L4 in testing. Many driverless vehicles now use on-vehicle sensors and compute platforms. With this rapid progress in automation have come complexities to deploy at scale as well as lessons on how to extract data from the vehicle and do AI training and inferencing with that data. Driverless vehicle fleets that are already on the roads in several cities have been instructive for how to scale such technological requirements.

Regulatory changes. A growing number of autonomous vehicle regulations have passed or are under consideration in many jurisdictions—with the United States, Germany, United Arab Emirates and China leading the way for robotaxi deployments. Some locations are eager to be at the cutting edge of innovation, while others are motivated by high vehicle taxes and a greater need for shared transport options. Regulators in such locations are beginning to permit robotaxi testing and fleet deployments, which is increasing demand for autonomous vehicles among transportation service providers. In some areas, there’s fierce competition to achieve the most successful robotaxi tests quickly, so as to beat competitors to the launch. Regional data regulations such as the General Data Protection Regulation (GDPR) and China’s Automotive Data Management Regulation can require companies to process and retain data within the region, reinforcing the importance of a flexible, scalable distributed digital infrastructure.

Sustainability. With growing attention to climate change, many stakeholders are thinking about sustainability and how to design smarter, more efficient individual transport options and transportation systems. Mobility as a service (MaaS) offers a new model for comprehensive mobility services that include a broad range of transport options, public and private. As a result of sustainability priorities, both policymakers and consumers are showing greater interest in the promise of autonomous vehicle fleets.

The opportunity of driverless vehicles at scale. The mobility industry has undergone significant changes in the last few years. Historically, the focus for autonomous vehicles has been on private automobile manufacturers and individual vehicles. However, as a result of mergers, acquisitions and collaborative projects with automobile manufacturers, there’s now growing emphasis on scaling autonomous vehicles and deploying fleets. Moreover, fleet management has been transformed by advancements in cloud services and applications, cloud storage, high-speed networks, blockchain, analytics, and mobile and IoT cybersecurity. Robotaxi companies want to capitalize on these advancements and the initial investments and learnings made by auto manufacturers and their technology partners, so they’re now planning, testing and deploying fleets in cities around the world to do just that.

Together, these factors are fast-tracking the deployment of robotaxis, leading to questions about whether robotic taxis might even leapfrog private auto makers in their launch of autonomous vehicles.

As the robotaxi market grows, companies will need to create strategic infrastructure to support it. The technology advancement that has enabled autonomous vehicles has also introduced complexity around deploying at scale—everything from a lack of ubiquitous connectivity to difficulty integrating with multiple parties and managing massive quantities of data.

Driverless vehicles generate huge volumes of data—70+ TB of testing data per vehicle per day, according to 451 Research, part of S&P Global Market Intelligence — and while serial production cars or robotaxis generate less data per car, the sum of data generated by all the vehicles on the road will be even higher. As a result, the future of autonomous vehicles depends on companies’ ability to collect and process large-scale aggregated vehicle data across interconnected webs of technology and service providers. To manage this massive data at speed, you need a distributed, scalable IT infrastructure with global private connectivity to a large ecosystem of service providers and partners.

For the automotive industry, supporting a robust ecosystem is important from two perspectives:

1. A healthy off-vehicle infrastructure ecosystem provides a foundation for managing the data autonomous vehicles generate by connecting vehicle operators to all the right cloud, networking, hardware and software providers, as well as industry-specific supply chain partners.

2. An ecosystem of software and service providers also enables expanded services and innovation for autonomous vehicle operators. Robotaxi companies need close, open access to a variety of data and services beyond their infrastructure, including applications that run on the vehicle for services like payment, gaming, infotainment and other yet-to-be-imagined possibilities.

Technology and industry ecosystems thus play a major part in the present and future of robotaxis. Only a broad digital ecosystem for connected vehicles can enable the advanced scenarios required by robotic taxi fleet deployments.

Design an infrastructure for the future of autonomous vehicles 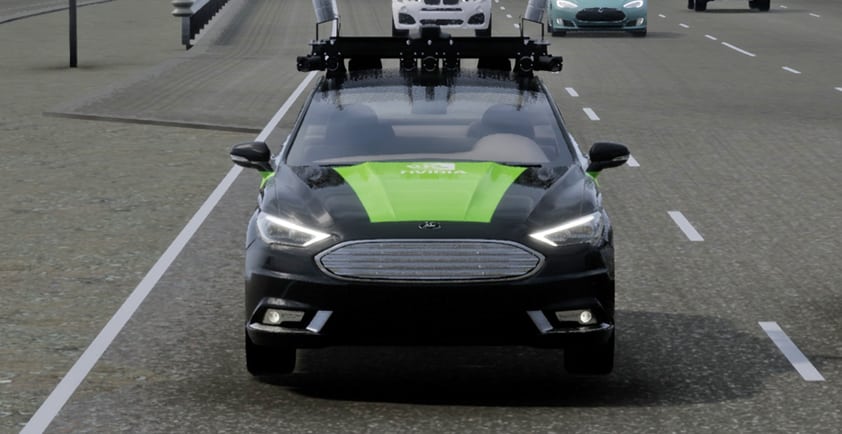 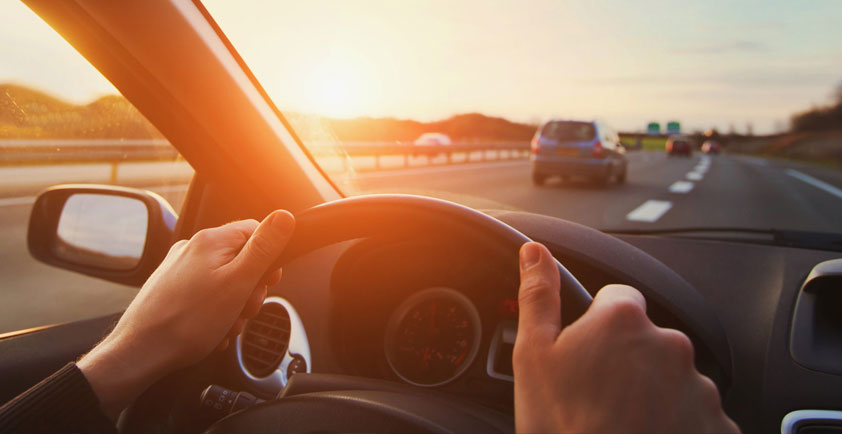 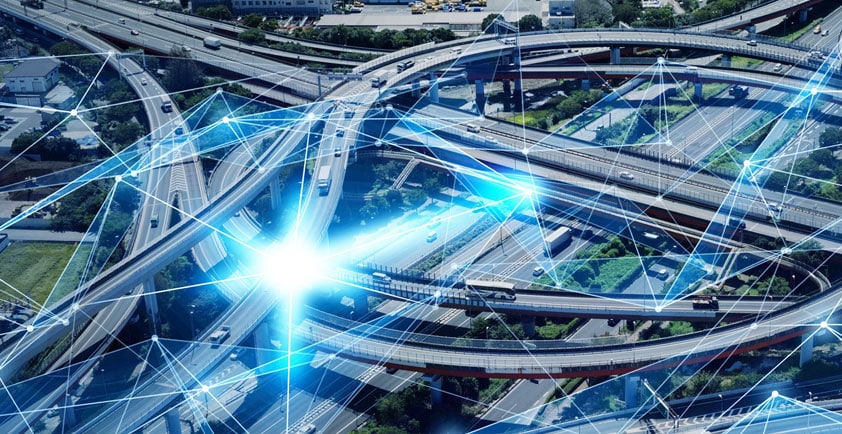 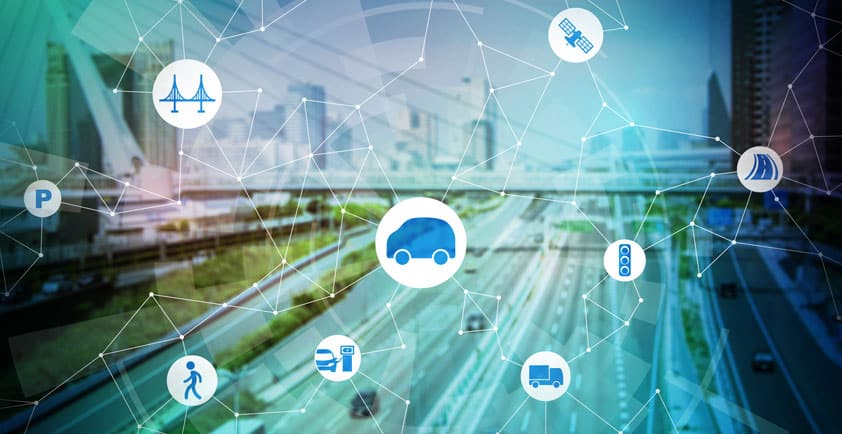 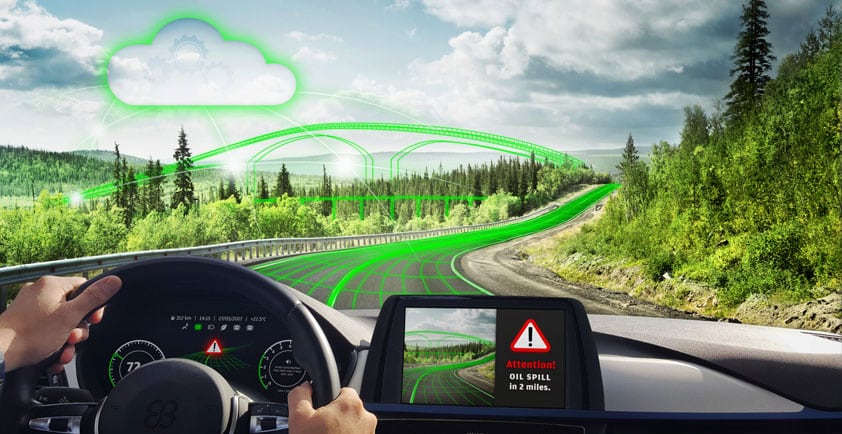 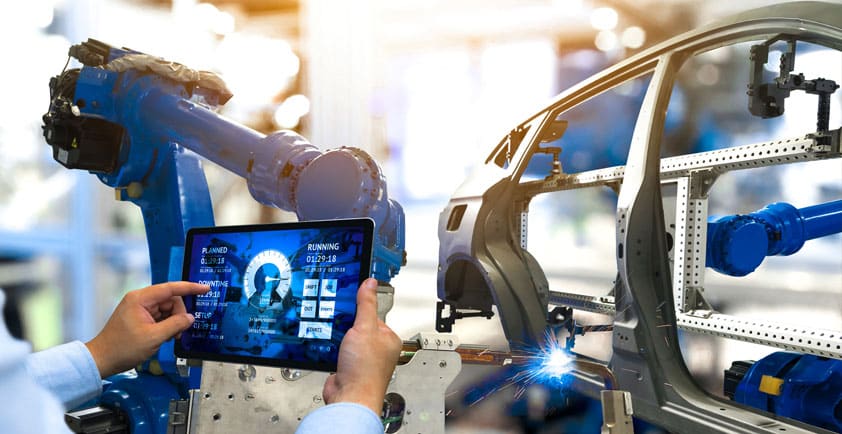 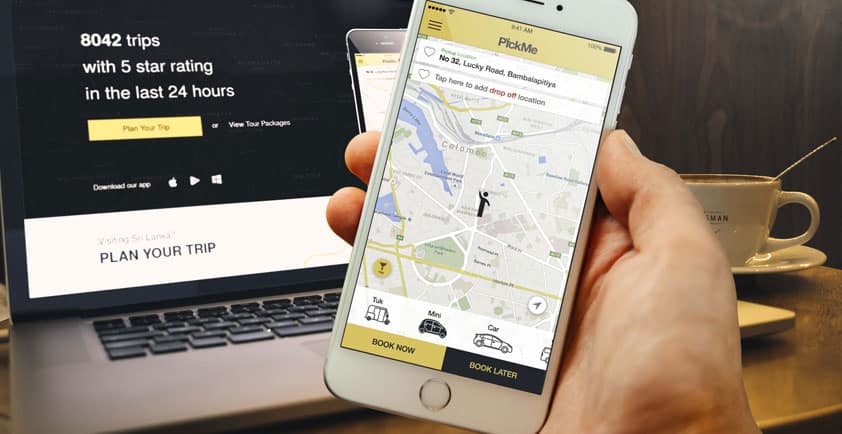 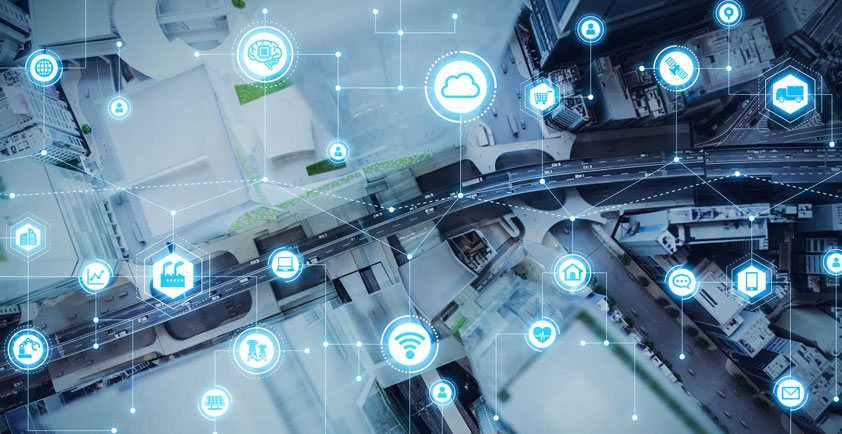 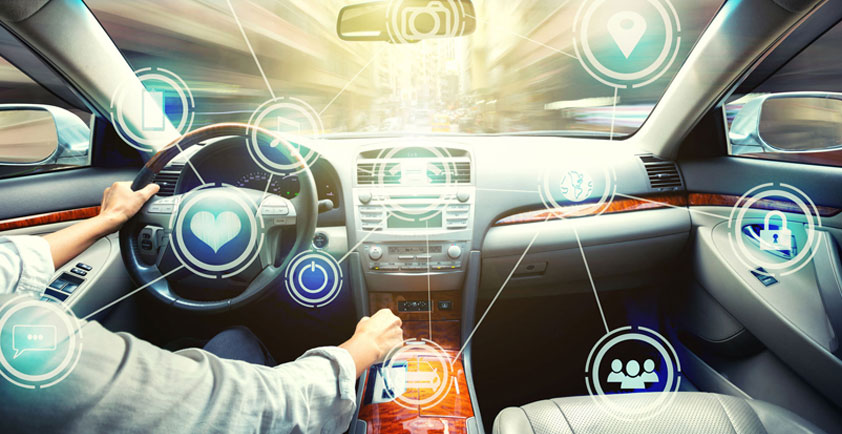 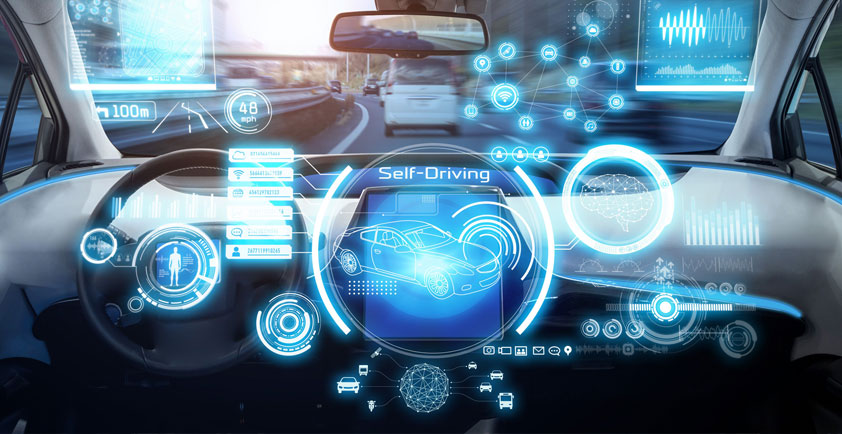 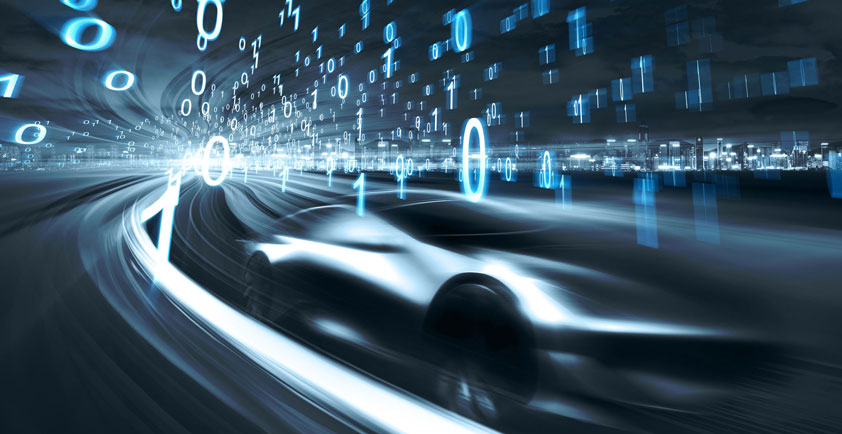 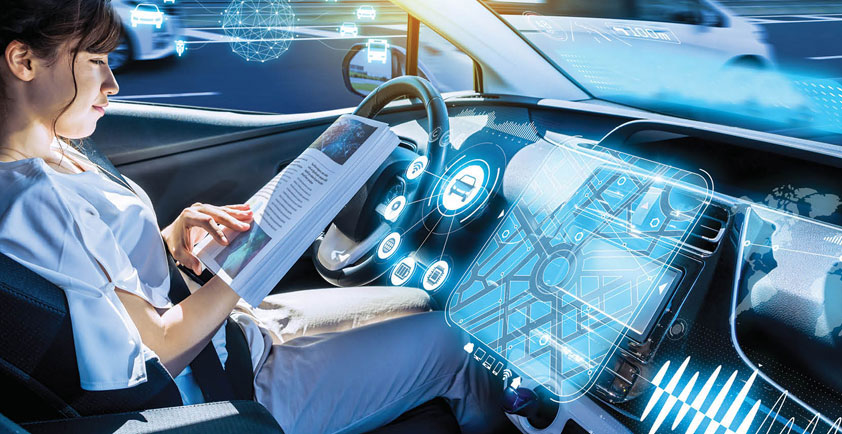