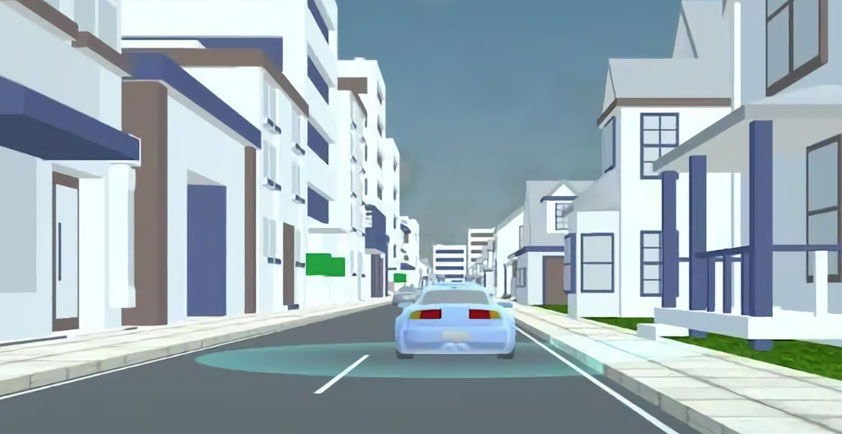 Since 5G was originally conceived several years ago, one of the main areas of focus was incorporating 5G into vehicles for richer telematics and in-vehicle applications, as well as safety and autonomous driving use cases. Thanks to our early research in direct communications, the potential of adding vehicle-to-everything communication to 5G NR was clear: vastly improving safety for drivers, passengers and pedestrians, reducing fuel consumption, making travel more efficient, and unlocking the potential of autonomous driving, as we explained in our blog post last year.

This week we reached a major milestone as 3GPP, the global standards organization for 5G, approved a work item for the next phase of the global 5G NR standard, Rel-16, to include the first specification for 5G NR C-V2X. We expect this standard to be in place in the first half of 2020. This technology, in addition to enhanced mobile broadband (eMBB) services that were standardized in 3GPP R15, will be the first step in bringing 5G NR to connected vehicles powered by our Qualcomm Snapdragon Automotive Platform announced at MWC earlier this year.

We are not waiting for 5G to enable direct communication between cars using cellular technology. 3GPP Rel-14 introduced vehicle-to-everything to convey basic safety messages with smaller “heartbeat” messages that are sent between vehicles and everything around them such as a traffic signals. This was extensively demonstrated in trials and demos using our Qualcomm 9150 C-V2X chipset. By providing 360-degree non-line-of sight awareness, direct C-V2X communication extends a vehicle’s ability to “see” farther down the road even at blind intersections or in bad weather conditions. This complements the capabilities of other passive sensors, like radar, LIDAR, and camera systems as they are limited by their line of sight.

Rel-16 5G NR C-V2X will take this capability to the next level by also enabling vehicles to share significantly more information such as richer sensor data and intent with each other, roadway infrastructure, and pedestrians. Sharing the intent enables efficient path planning, which is also important to future autonomous and coordinated driving use cases. That means C-V2X will go from a technology that targets basic safety in Rel-14, to adding direct multicast communication technology for advanced safety, increased situational awareness, energy savings, and faster travel time. In addition to our first public 5G NR C-V2X demonstrations at MWC 2018, we demonstrated the benefits of technology at MWC 2019 (see video below).

5G NR C-V2X builds upon the powerful features standardized for 4G and 5G. The first version of 5G to be launched commercially this spring and standardized in Rel-15 introduces a flexible numerology that 5G NR C-V2X builds upon; one example is the ability to adapt reference signal density based on speed, to allow for significantly higher data rates at very high vehicle speeds. We have estimated a spectral efficiency increase of up to 3.5 times at high speeds, which will benefit new automotive use cases, such as richer sensor sharing between vehicles and infrastructure.

5G NR C-V2X has several fundamental enhancements at the radio level that are unique to the technology. Rel-16 will be the first 5G standard to include sidelink — a 5G-based direct vehicle-to-everything communication. This will set the framework for future 5G NR sidelink enhancements for other applications in smartphones and in other verticals, such as public safety, building on the work Qualcomm Technologies pioneered for LTE Direct, which happened to be the foundation for Rel-14 C-V2X. 5G NR C-V2X utilizes the framework developed for Rel-14 C-V2X such that vehicles on the road using Rel-14 C-V2X will be able to communicate with newer vehicles which will have both Rel-14 C-V2X and Rel-16 5G NR C-V2X.

In today’s paradigm for cellular network communication, devices adapt their transmission’s parameters, such as modulation and coding, based on measuring the signal quality from fixed based stations. With C-V2X direct communication, we have a new challenge as there is no longer a base station and vehicles are constantly moving. In this case, signal quality alone may not indicate which vehicles are relevant to specific V2X use cases. Imagine there is a car around the corner of an intersection with poor signal strength, but the car is close enough to be relevant to your car. This nearby vehicle should be able to receive reliable messages and sensor information irrespective of whether the vehicle is in direct view or on a cross road behind a building.

That means we need a new distance-based paradigm that goes beyond adapting to the signal quality alone. The new paradigm is a shift in how 5G is being designed as compared to earlier generations of cellular — the 5G design is being done as the lower layers in 5G NR (the physical and the MAC layers) need to be distance-aware. For example, vehicles will respond with acknowledgments (like Hybrid ARQ ACK/NAK for re-transmissions) only if they are within a certain distance of the transmitter and only if the information is relevant to the vehicle. This distance-aware design can also solve the classic “hidden node problem” described earlier with a nearby car around the corner. Overall this new approach allows for more reliable multicast communication to all vehicles and higher overall system capacity as resources are not wasted by adapting transmissions to vehicles that do not need certain information.

5G NR C-V2X is more than a radio technology

The decision to include a work item for 5G NR C-V2X in Rel-16 is an important step in standardizing a superior radio technology to meet the auto industry’s requirements for today’s vehicles and future autonomous driving. Beyond the radio, we are also driving the research and participating in standardization of higher layer protocol stacks and messages in regional standards around the globe, such as SAE, ETSI ITS, C-ITS. These standardized messages will allow vehicles from different manufacturers to benefit from these new use cases.

Similar to Rel-14 C-V2X, we expect 5G NR C-V2X primarily to use the 5.9 GHz band, which has been allocated around the world — for example, in the United States, Europe, and China- for automotive use. 5G NR C-V2X will use channels in the band other than those used for R-14 C-V2X. 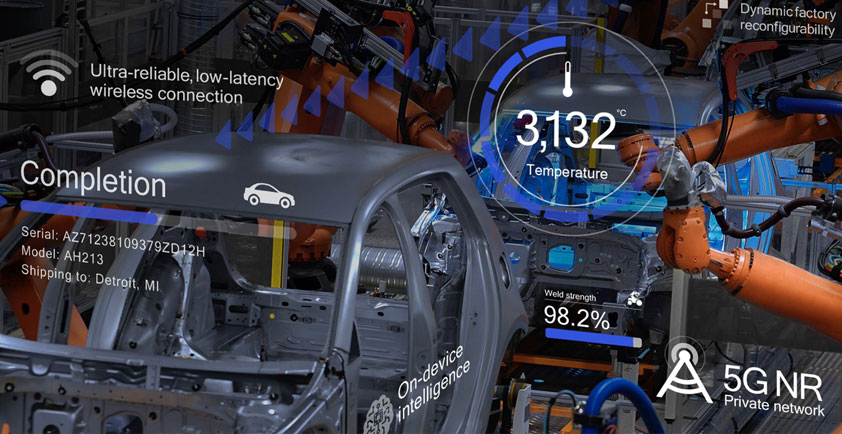 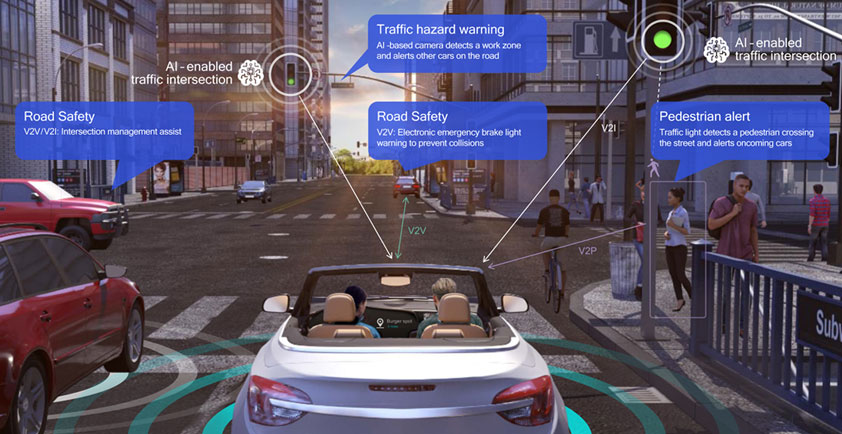 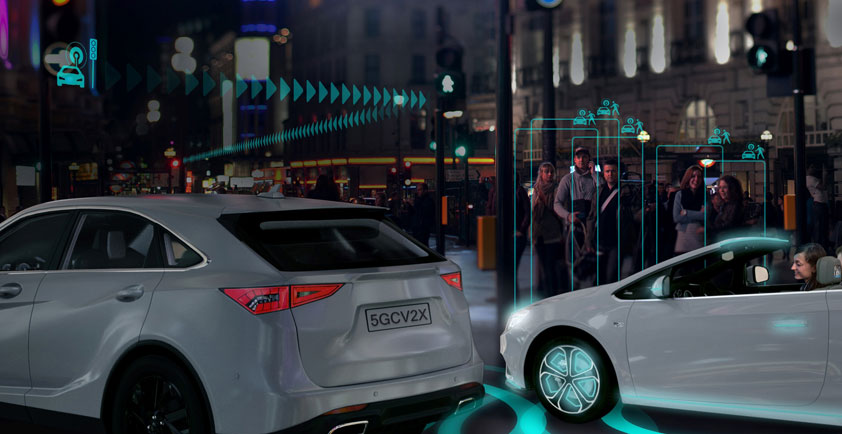 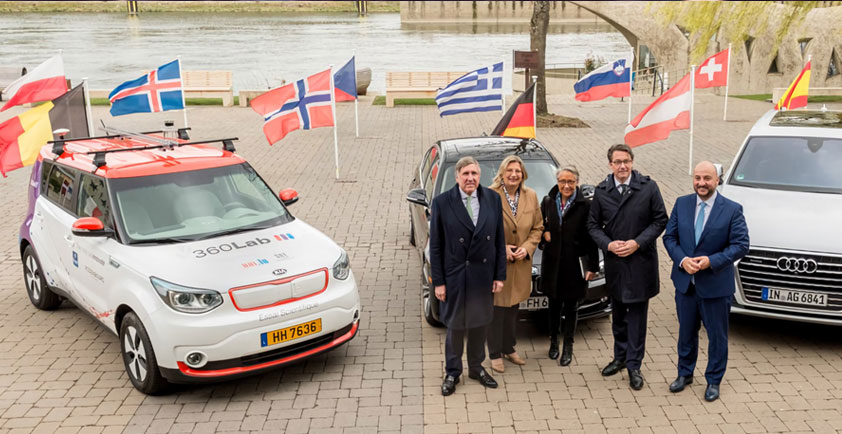 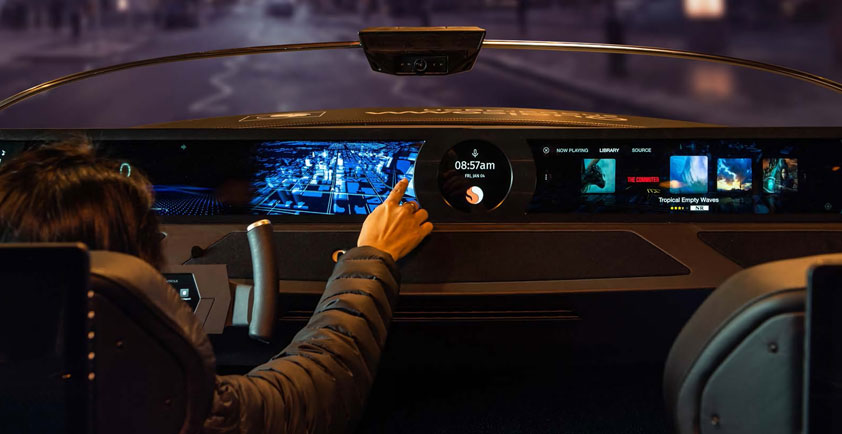 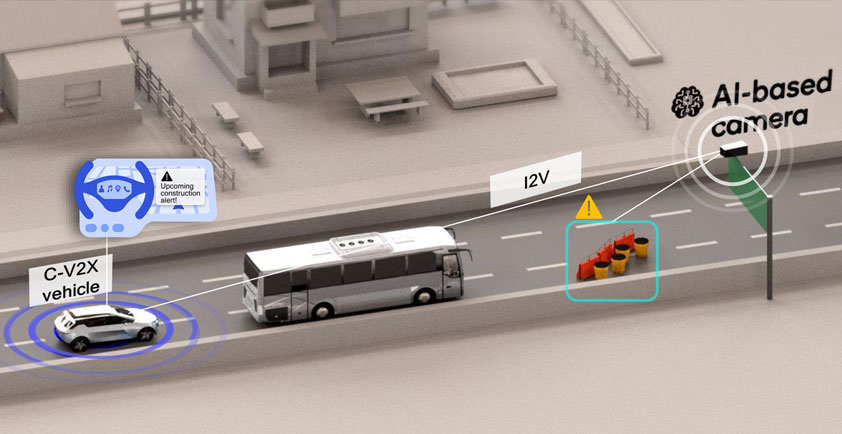 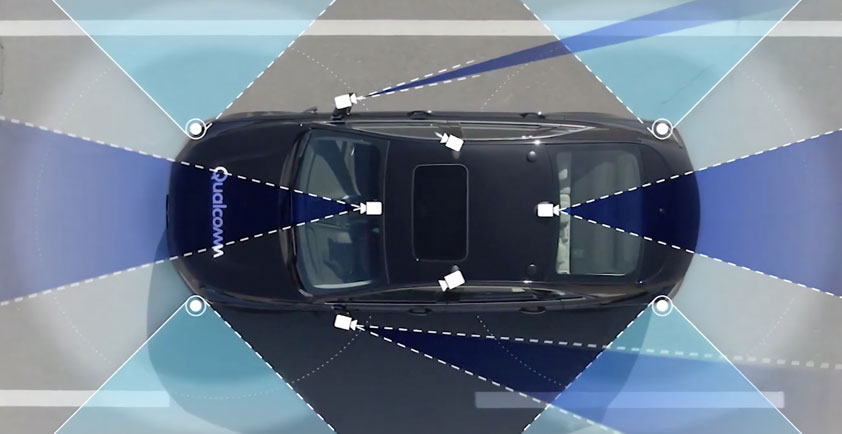 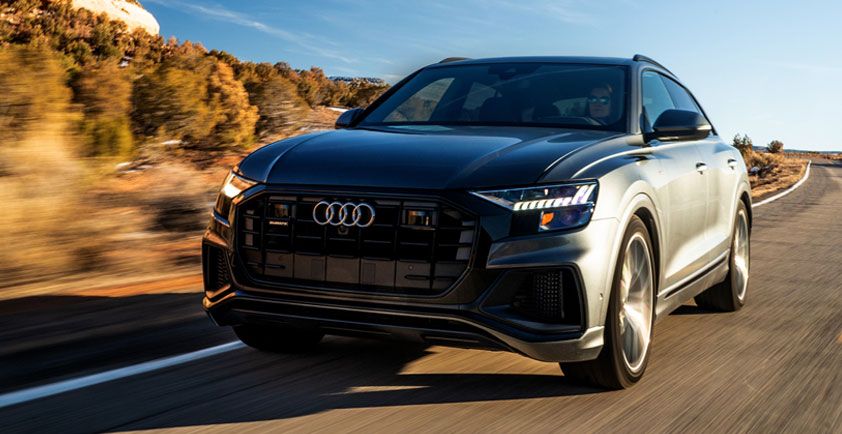 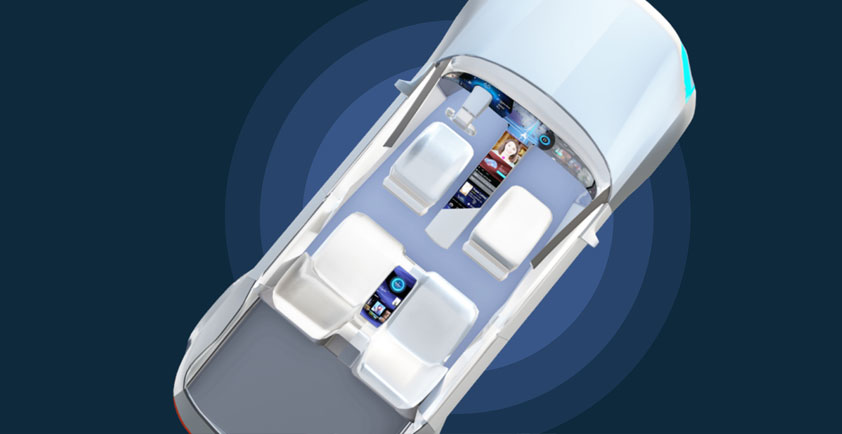 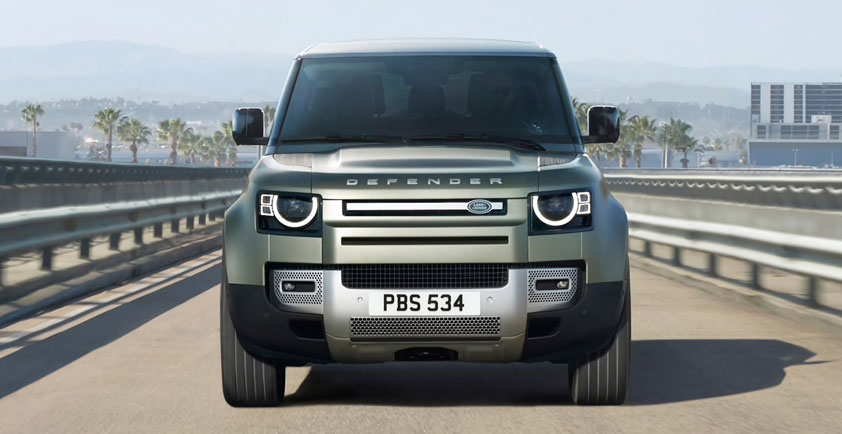 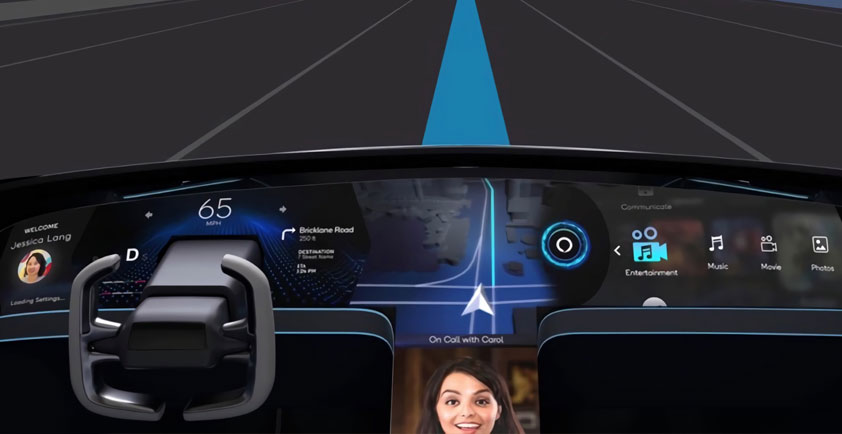 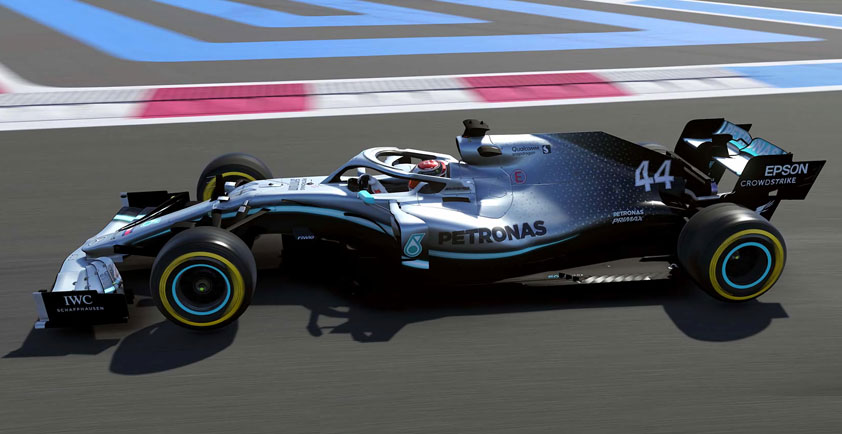