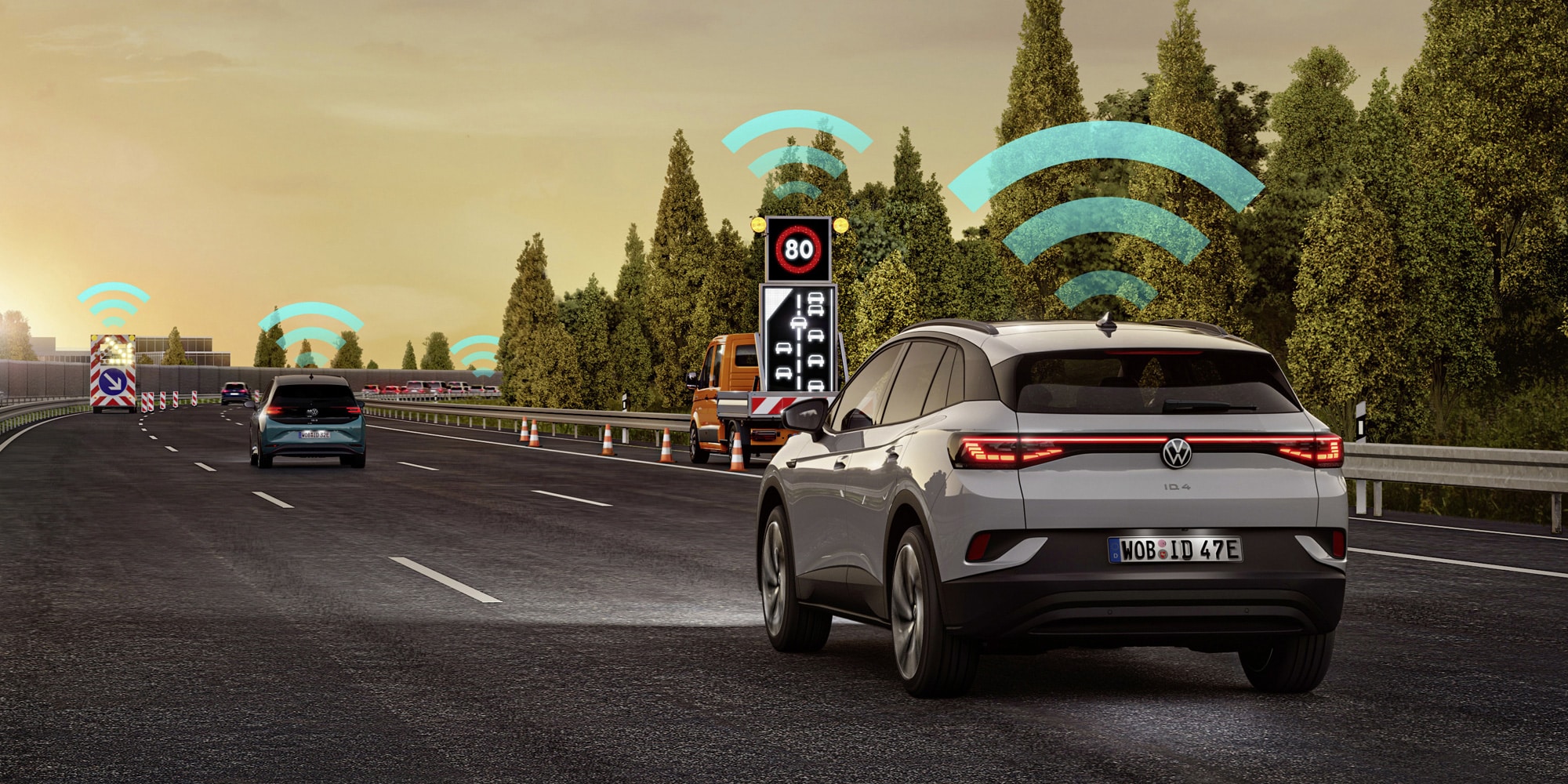 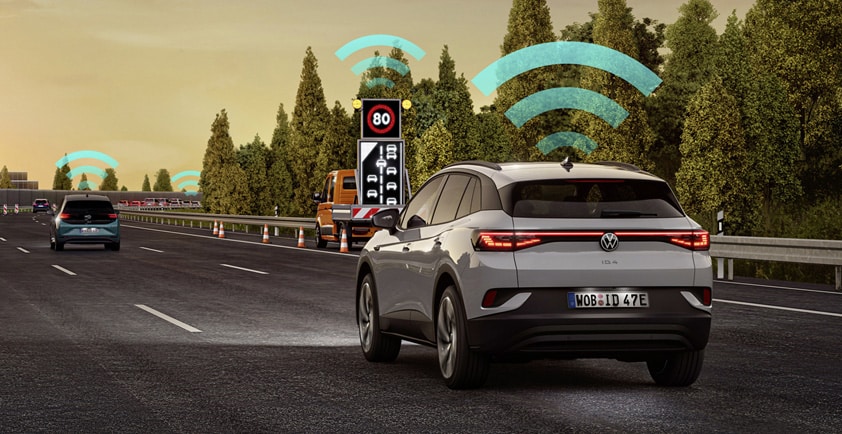 NXP, VOLKSWAGEN AND PARTNERS CONTINUE TO ACCELERATE THE V2X ROLLOUT

As the automotive industry increases its support of safety initiatives such as Vision Zero, the need for a robust V2X solution continues to grow. Evidence can be seen from increased deployment in production vehicles and road infrastructure and the many trials taking place across Europe.

Connected, safe driving is poised to make a real and positive impact. The transformation in Europe from traditional ITS to C-ITS is well underway, with major car OEMS like Volkswagen demonstrating their belief in the value of V2X. For this transformation to be successful, it is essential that the entire industry adopt one common, stable, mature and proven V2X technology. This is happening in Europe with Wi-Fi based DSRC technology, also known as ITS-G5 or 802.11p. Here are some of the latest examples:

Following the Volkswagen Golf 8, launched in Oct 2019, the latest ID. electric series of Volkswagen cars are equipped with DSRC-based V2X technology. Every one of its 8th generation Golf and ID. vehicles are enabled with V2X connectivity on standard models. This is the largest global implementation of V2X in production cars and a huge step forward towards Vision Zero.

Europe Is the Forerunner in V2X Communication

Car OEMS are not the only ones implementing V2X. Pioneers and leaders on the infrastructure side also believe in the future of V2X. The Austrian motorway operator ASFINAG has started to equip motorways nationwide with DSRC V2X technology, enabling reliable low latency communication between road infrastructure in Austria and V2X-enabled vehicles which are rolling out in the market right now.

In Germany, the deployment of DSRC V2X in infrastructure is happening as well. The city of Ludwigsburg has equipped all traffic lights and intersections with Cohda Wireless’ V2X technology to enable fire trucks and rescue service teams to get to accidents and emergency sites faster, potentially saving lives.

In Hamburg, as part of the funded “Green4Transport” innovation project, the Hamburg Port Authority has worked with NXP, Siemens and Technolution to improve traffic flow in the busy harbour area leveraging NXP V2X technology. V2X road side units (RSUs) have already been mounted to the traffic light controllers, and since early 2021, 150 trucks are equipped with onboard units (OBUs) featuring V2X technology. The bi-directional communication between RSU and OBU enables truck drivers with an installed OBU to request a priority at the traffic crossings and the RSU to send speed advice information and countdown for the next green phase to the OBUs. Watch a summary video below.

V2X communication is also an essential part when it comes to autonomous driving. The city of Hamburg has made V2X part of their test track for autonomous vehicles ( TAVF ) right in the city center. The traffic light system is being upgraded using DSRC to deliver infrastructure-to-vehicle (I2V) and vehicle-to-infrastructure (V2I) connectivity. This pioneering project gives technology companies, research institutes and automotive OEMs access to a real-world test environment. In addition to NXP, Volkswagen, Ibeo, Continental and the DLR (German Aerospace Center) are the first beneficiaries of the test environment.

Other cities are also making efforts in V2X development. In Brunswick, Volkswagen AG and Bellis GmbH (a subsidiary of SIEMENS Mobility GmbH and BS|ENERGY) have developed the project idea "Influencing Cars". V2X communication in this project will improve the access route to the Volkswagen Financial Services parking lots. Car2X data from the new Golf 8 and ID. electric vehicles is key to optimizing traffic control at traffic signals for realizing the access route improvement.

All these V2X deployment programs have been realized with NXP’s automotive RoadLINK® V2X product family. The latest chipsets are the newly released single-chip V2X modem SAF5400 and the fully certified hardware secure element SXF1800 for compliance with Common Criteria EAL4+ and the FIPS 140-2 Level 3.

V2X Around the Globe

Other parts of the world also acknowledge the maturity and reliability that DSRC V2X offers. Despite emerging alternative technologies, they continue with the deployment of DSRC. The Singapore Land Transport Authority for example has announced the replacement and upgrade of the current Electronic Road Pricing (ERP) system, which was introduced 20 years ago, with the next generation system. The new system is DSRC based and will be able to provide additional information such as real-time road traffic updates and locations of nearby school zones and silver zones to alert vehicle drivers to look out for more vulnerable road users. The replacement and upgrade will start in the second half of 2021.

In Korea, a country known for early and fast high-tech adoption, the government has announced the start of a C-ITS rollout in 44 cities and national expressways, starting in 2021 through 2025. The goal is to complete the C-ITS deployment across the entire expressway network, covering a total length of 4075 km by 2025. This deployment project is part of the “Korean New Deal”, a much larger government economy stimulus program announced in July 2020.

The Time for Connected Driving is Here

As part of the IEEE 802.11 family of standards, 802.11p provides low latency for ad hoc connectivity between multiple devices. It is a proven and mature technology with over one million days of field test logged. This is testament to its safety and security, enabled by its robustness and suitability to the challenging V2X environment.

V2X is already redefining the logistics of mass people and freight transport. Its use will complement ADAS as we move towards increasing levels of autonomy. More importantly, V2X deployment is increasing, bringing the benefits of connectivity to the entire transport infrastructure.

There is strong evidence that this is now happening, and with that we can expect to benefit from the full potential of V2X and C-ITS. As more systems come online, this potential will be fully unleashed as the adoption rate grows. 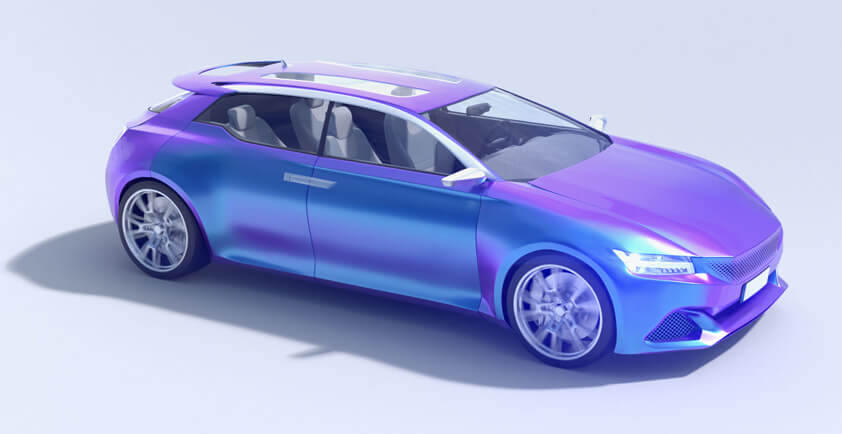 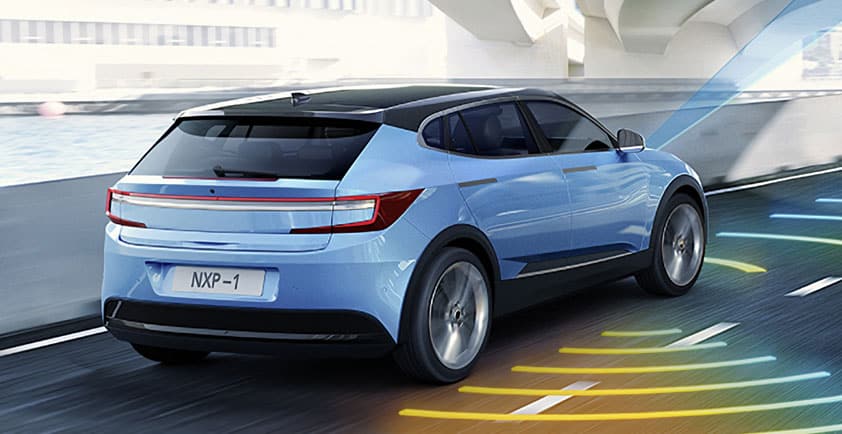 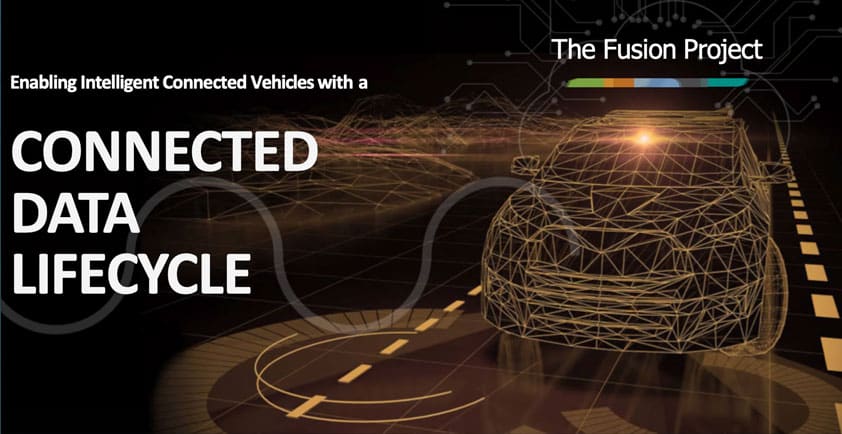 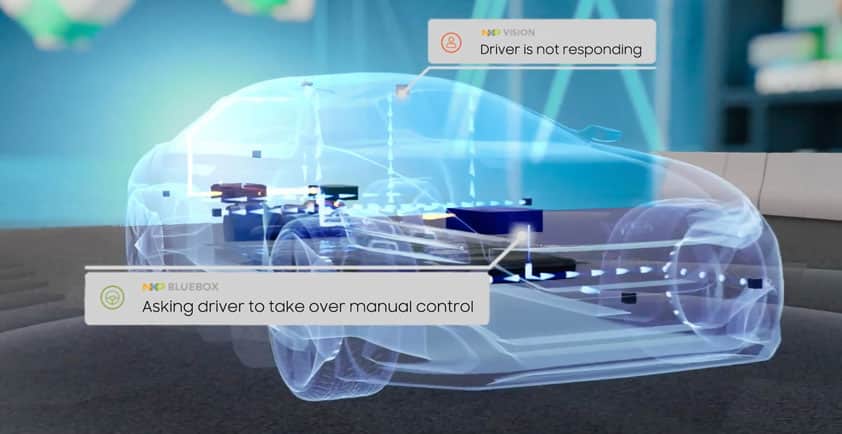 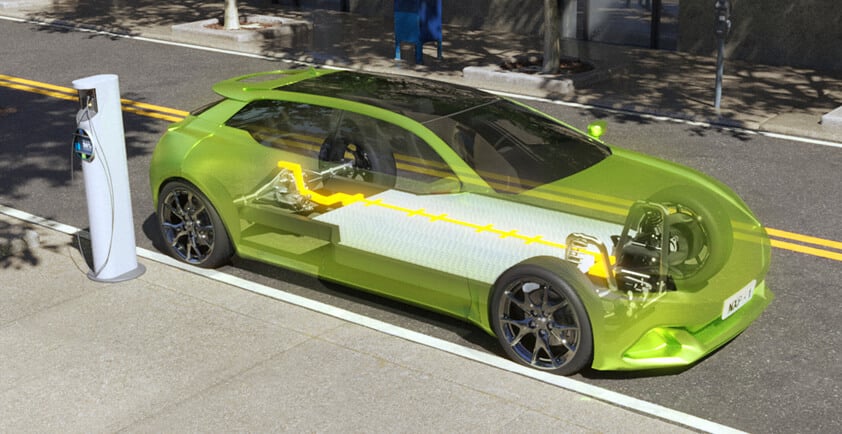 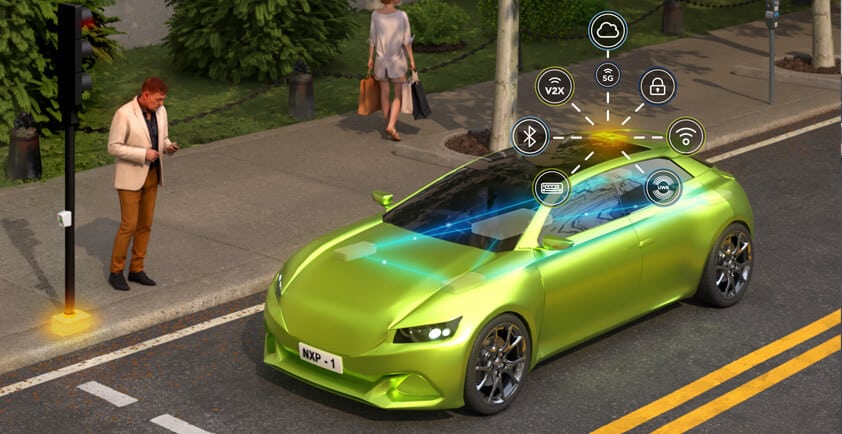 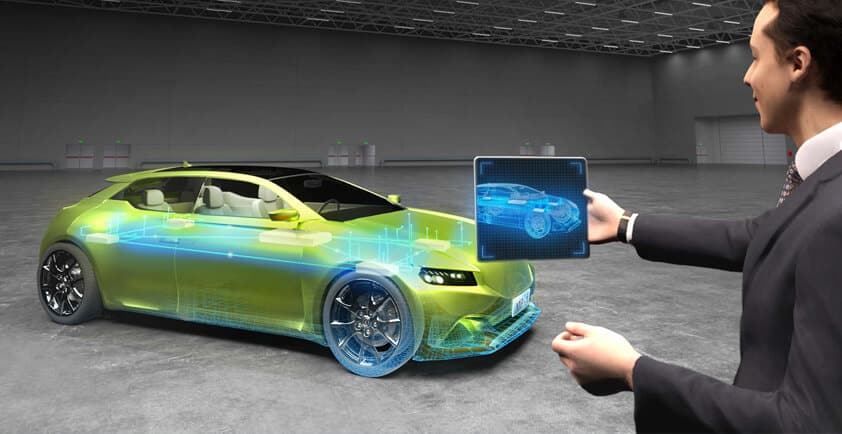 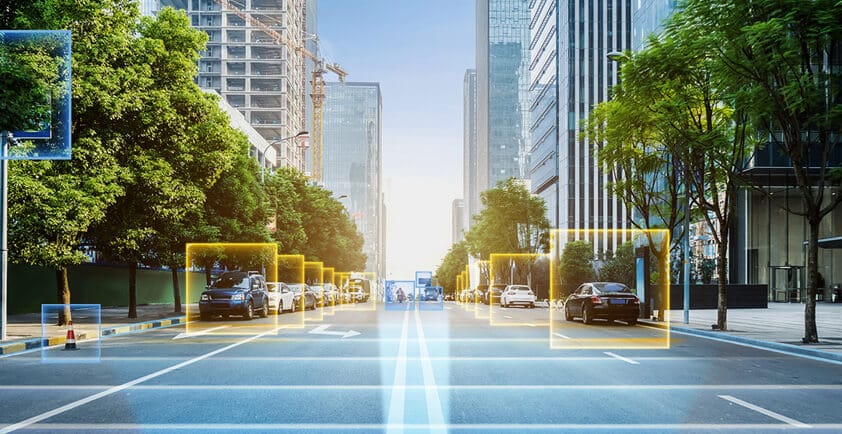 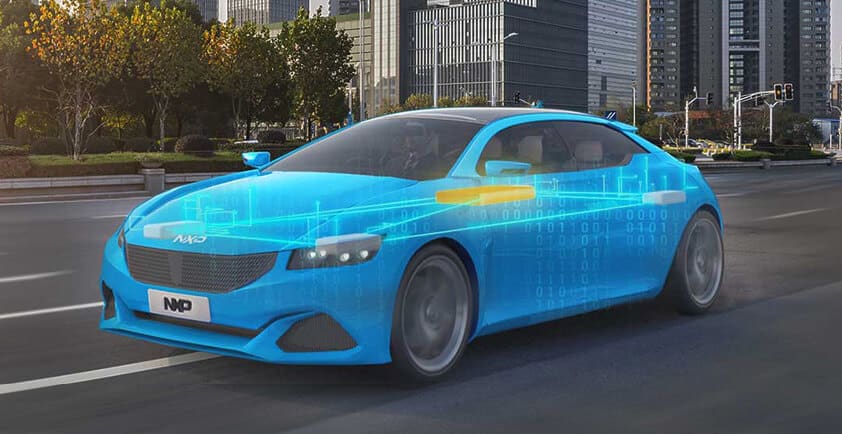 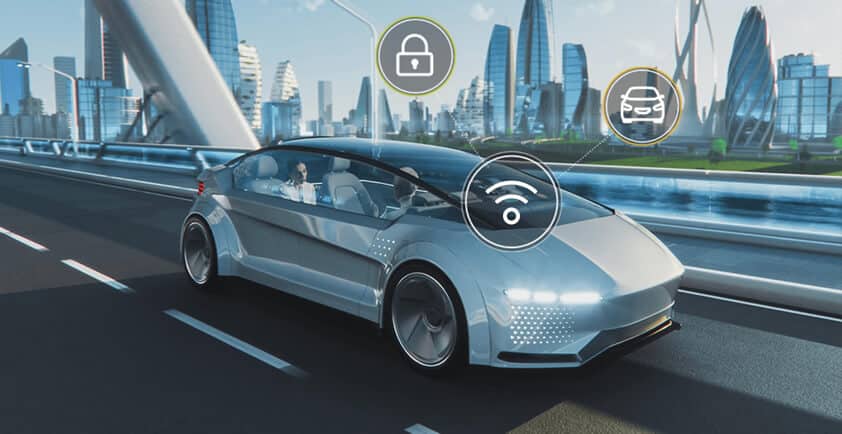 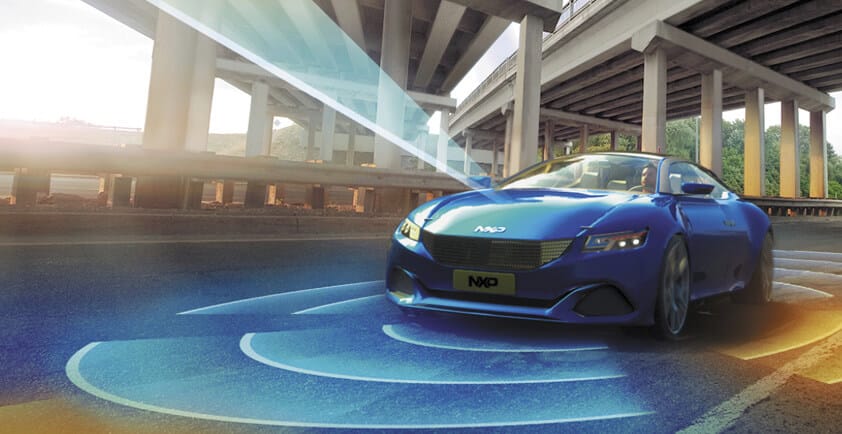 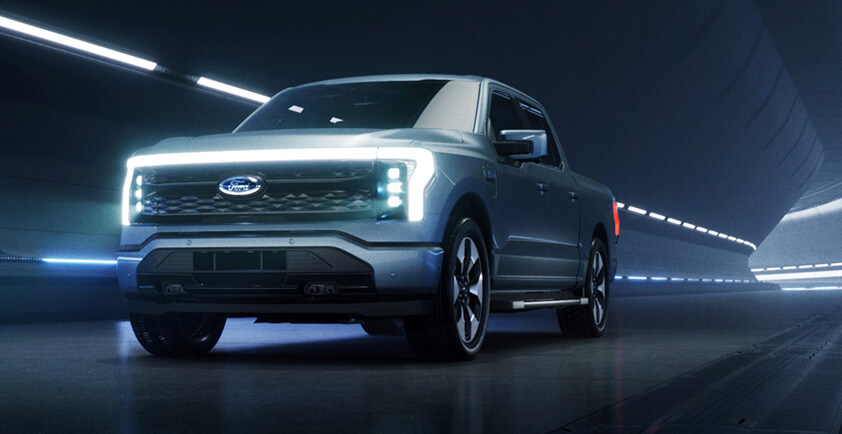