Munich, Germany. Artificial intelligence (AI) is on the rise in automotive production. Since 2018, the BMW Group has been using various AI applications in series production. One focus is automated image recognition: In these processes, artificial intelligence evaluates component images in ongoing production and compares them in milliseconds to hundreds of other images of the same sequence. This way, the AI application determines deviations from the standard in real time and checks, for instance, whether all required parts have been mounted and whether they are mounted in the right place.

The innovative technology is fast, reliable and, most importantly, easy to use. Christian Patron, Head of Innovation, Digitalization and Data Analytics at BMW Group Production: “Artificial intelligence offers great potential. It helps us maintain our high quality standards and at the same time relieves our people of repetitive tasks.”

At the BMW Group, flexible, cost-effective, AI-based applications are gradually replacing permanently installed camera portals. The implementation is rather simple. A mobile standard camera is all that is needed to take the relevant pictures in production. The AI solution can be set up quickly too: Employees take pictures of the component from different angles and mark potential deviations on the images. This way, they create an image database in order to build a so-called neural network, which can later evaluate the images without human intervention. Employees do not have to write code; the algorithm does that virtually on its own. At the training stage, which may mean overnight, a high-performance server calculates the neural network from around 100 images, and the network immediately starts optimizing. After a test run and possibly some adjustments, the reliability reaches 100%. The learning process is completed and the neural network can now determine on its own whether or not a component meets the specifications.

Even moving objects are reliably identified largely independent of factors such as lighting in the production area or the exact camera position. This opens up a wide range of potential applications along the entire automotive process chain, including logistics. In many cases, the AI technology relieves employees of repetitive, monotonous tasks such as checking whether the warning triangle is in the right place in the trunk or whether the windscreen wiper cap has been put on.

In the final inspection area at the BMW Group’s Dingolfing plant, an AI application compares the vehicle order data with a live image of the model designation of the newly produced car. Model designations and other identification plates such as “xDrive” for four-wheel drive vehicles as well as all generally approved combinations are stored in the image database. If the live image and order data don’t correspond, for example if a designation is missing, the final inspection team receives a notification.

Christian Patron: “We rely entirely on the experience and expertise of our employees in these efforts. They can judge best at which production steps an AI application may improve quality and efficiency. We deliberately keep the setup and implementation of such applications simple. Their operation requires no advanced IT proficiency.”

At the press shop, flat sheet metal parts are turned into high-precision components for the car body. Dust particles or oil residues that remain on the components after forming can easily be confused with very fine cracks, which occur in rare cases during the process. Previous camera-based quality control systems at the BMW Group’s plant in Dingolfing, Germany, occasionally also marked these pseudo-defects: deviations from the target, even though there was no actual fault. With the new AI application, these pseudo-defects no longer occur because the neural network can access around 100 real images per feature – i.e. around 100 images of the perfect component, 100 images with dust particles, another 100 images with oil droplets on the component, etc. This is particularly relevant in the case of the visually close calls that have previously led to pseudo-defects. 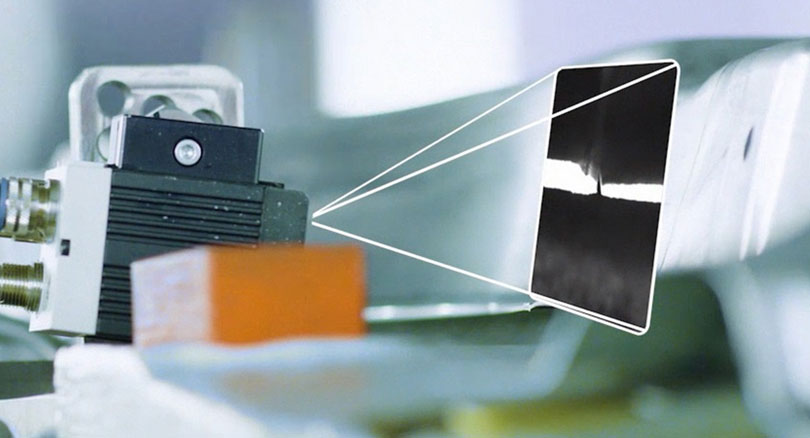 The BMW Group’s Steyr plant and the BMW Group Data Analytics Team are also successfully working on eliminating pseudo-defects. Presumed irregularities in torque measurement in the engine cold test later often turn out to be insignificant. Before introducing the AI solution, however, such results led to complex manual inspections and further test runs, up to and including hot tests with fuel. The analysis software was trained based on many recorded test runs and thus learned to distinguish between actual and presumed errors.

The first smart AI control application at the BMW Group celebrated its premiere at the BMW Group’s Steyr plant. This application speeds up logistics processes by preventing unnecessary transports of empties on conveyor belts. To this end, the containers pass through a camera station. Using stored image data marked by employees, the AI application recognizes whether the container needs to be lashed onto a pallet or whether – in the case of large, stable boxes – no additional securing is required. If no lashing is required, the AI application directs a container by the shortest route to the removal station for the forklift truck. Containers that must be additionally secured, on the other hand, are guided directly to the conveyor section with the lashing system and only then to the removal station located behind. Previously, all containers had to be transported to the removal station for large containers. From there, the containers that required additional securing had to be forwarded – and would only reach the lashing facility and finally the correct removal station after taking this detour.

Besides the application in Steyr, AI is behind numerous other logistics innovations at the BMW Group. It also supports virtual layout planning, which creates high-resolution 3D scans of buildings and factories. Artificial intelligence ultimately contributes to the recognition of individual objects in the 3D scan, such as containers, building structures or machines. This allows engineers to remove individual objects from the 3D scan in the 3D planning software and to modify these individually, which makes it easier to simulate and understand adaptations on the shop floor.

There is already a distinct trend toward using AI applications at the BMW Group’s plants. The increasing integration of smart data analytics, state-of-the-art measurement technology and AI opens up new opportunities in production management. At the body shop, for instance, images from the final inspection may show that weld metal has sprayed out at the same welding point in several car bodies. Using AI, the control loop can thus be closed and system control or maintenance cycles be adjusted even faster and more efficiently. At the paint shops, AI and analytics applications offer the potential to detect sources of error at such an early stage that errors can hardly occur any more: If no dust attaches to the car body before painting in the first place, none has to be polished off later.