The launch of the new BMW Group High Performance D3 platform represents a key milestone on the BMW Group’s roadmap to highly and fully automated driving.

Autonomous Driving at the BMW Group.

It was back in 2000 when the BMW Group first started to conduct research into its vision of a car that people could drive themselves – but didn’t have to. Six years later, in 2006, a BMW was following the racing line around the Hockenheim circuit without human assistance for the first time. Since 2011, highly automated test vehicles from the BMW Group have been driving on the A9 motorway between Munich and Nuremberg. And as part of the CES in 2014, the BMW Group gave a demonstration of highly automated driving at the limits of performance on the Las Vegas Speedway.

These are just a few of the milestones notched up by the BMW Group as it progresses towards highly and then fully automated – i.e. autonomous – driving.

The BMW Group is convinced that autonomous driving will have a decisive impact on personal and sustainable mobility in the future. Today’s driver assistance systems, such as Driving Assistant Professional in the new BMW 3 Series Sedan, form an important building block on the road to highly automated driving. As well as the safety aspects, efforts are also focused on bringing about a significant gain in comfort and a further improvement in efficiency.

The next objective has already been clearly set out: in 2021 the production version of the BMW Vision iNEXT, which was first unveiled to the public in summer 2018 during the BMW Vision iNEXT World Flight, will become the first model from the BMW Group to offer a Level 3 system as an option. This system will enable drivers to delegate the task of driving to the car for longer periods of time when driving on the motorway at speeds up to 130 km/h (81 mph).

At the same time, a fleet of test vehicles will begin work in late 2021 with the aim of testing out Level 4 functionality – i.e. zero driver intervention – in large-scale trials conducted in defined urban environments.

The launch of the new BMW Group High Performance D3 platform represents a key milestone on the BMW Group’s roadmap to highly and fully automated driving.

The BMW Group has been applying the Data-Driven Development approach for a couple of years now. The basic principle is rooted in the assumption that the only way of mapping – and thereby ultimately handling – the complexity and variety of traffic situations encountered on every continent is to gather vast quantities of data. This means the algorithms and overall operation of autonomous driving have to be validated using a broad data pool.

The relevance of the data collected is continuously improving thanks to the way in which qualitative data is selected using data qualification/filtering. These two million kilometres of driving data subsequently undergoes regular reprocessing as development progresses. This happens whenever a new control unit integration level (I-level) becomes available, in order to evaluate the new I‑level’s increase in performance.

This qualified two million kilometres of data is constantly expanded by a further 240 million kilometres (150 million miles) of simulation-generated data, which is primarily based on the relevant driving scenarios and ensures that the immense diversity of real-life driving is taken into account properly during development.

The reprocessing of the two million real-life kilometres and 240 million virtual kilometres requires a high performance data platform of over 230 petabytes storage capacity and the computing power of more than 100,000 cores and more than 200 GPUs (Graphics Processing Units). There is a 96 x 100Gbps connection between the BMW Group High Performance D3 platform and the Hardware-in-the-Loop (HiL) stations located at the BMW Group Autonomous Driving Campus. The net useable data rate is approx. 3.75 Terabit/s.

The fleet currently numbers around 80 BMW 7 Series cars, which are in operation on the west coast of the USA, in Germany, Israel and China. The number of vehicles is set to increase to approx. 140 by the end of 2019.

Below are some figures to illustrate the capabilities of the BMW Group High Performance D3 platform:

A bandwidth of 3.75 Tbit/s is roughly enough to broadcast one million HD television programmes simultaneously – or allow one million homes to watch one HD TV programme at the same time.

The BMW Group High Performance D3 platform was completed in the space of a few months, in function, on time and on budget. It is sited just a few kilometres away from the BMW Group Autonomous Driving Campus in Unterschleißheim near Munich. The close proximity was an essential part of the plan to transfer the enormous quantities of data from the Campus to the platform via cable.

When production development for autonomous driving got underway at the BMW Group, one thing was certain: the tremendous challenges involved in the development of a secure platform for highly and fully automated driving could only be overcome by teaming up with the leading technology partners in the various disciplines.

In the case of the BMW Group High Performance D3 platform, this partner is DXC Technology. The core component of DXC’s work is to setup and run the data centre and to develop applications with the objective to support the autonomous driving development process. The aim is to reduce costs and the time needed until the system is ready to market.

The digital solutions from DXC put the BMW Group’s development teams in a position to collect, store and manage the data from vehicle sensors – and make it available for the requisite AI training – in a matter of seconds rather than days or even weeks.

The DXC solution was developed in an open source environment and is available on-premise and in a hybrid environment, allowing workloads to be shifted easily. This paves the way for agile cooperation between engineers, regardless of their location.

Using a single platform for data storage, processing and AI training lowers the hardware and software requirements, thereby reducing costs and complexity. Data can be gathered globally but monitored centrally. This has the effect of maximising efficiency and cutting costs.

The BMW Group Autonomous Driving Campus is a state-of-the-art centre of excellence that covers every base when it comes to offering greater capacity for innovation and increased development efficiency – and ultimately securing the company’s future sustainability.

In autumn 2017 the first group of engineers moved into the new building, which celebrated its official opening in April 2018.

“We want to play a leading role in the development of safe autonomous driving,” said Klaus Fröhlich, Member of the Board of Management of BMW AG, responsible for Development, at the time. “We are pursuing this goal with great diligence and systematically establishing the necessary framework along the way. One of the milestones is our Autonomous Driving Campus.”

It was 15 months before the official opening that the BMW Group took the decision to pool together its development expertise in the fields of driver assistance systems and highly / fully automated driving at a single location. The Campus, which offers 23,000 square metres of office space with room for 1,800 employees, was completed in record time.

When searching for an appropriate location, the site’s excellent infrastructure, its proximity to the BMW Group Research and Innovation Centre, nearby links to the motorway network and finally the speed with which work could begin tipped the balance in its favour.

The Autonomous Driving Campus offers the development experts who work here new and modern working environments – i.e. an open-plan layout, intelligent and flexible use of office space, and a multifaceted and creative workplace. The benefits for the development experts employed here are clear: flexibility, efficiency, a high level of autonomy and short distances. This means, for example, that a software developer working at the new Campus can immediately test out freshly written code in a vehicle that is just a short walk away.

New working environments go hand in hand with a new and agile employee and management culture, and managers work in the same open-plan office spaces as their staff. This enhances interaction and facilitates communications, resulting in effective teamwork in the development of highly complex products.

The open campus structure offers excellent conditions for agile working models. These represent an important building block in the creation of future-focused and efficient development processes. The BMW Group is the first company in the automotive industry to apply agile working models systematically and universally for an entire specialist area. From the research phase all the way through to series production development, the whole development process for driver assistance systems and autonomous driving unfolds within these new structures.

Small interdisciplinary feature teams work on individual sub-processes independently and with an end-to-end approach. The high degree of flexibility allows the teams to react quickly and effectively to new requirements.

Indeed, this speeds up the entire software development process and allows it to handle extremely high levels of complexity.

This is a time of disruptive change in the automotive industry, with the arrival of new players making the competitive environment ever more challenging. The pace of innovation is accelerating rapidly and professionals cite future viability, a modern working environment and flexible, agile workflows as key to an employer’s attractiveness. A cutting-edge development facility such as the new BMW Group Autonomous Driving Campus therefore represents a crucial asset for the company’s long-term sustainability and innovative capability. 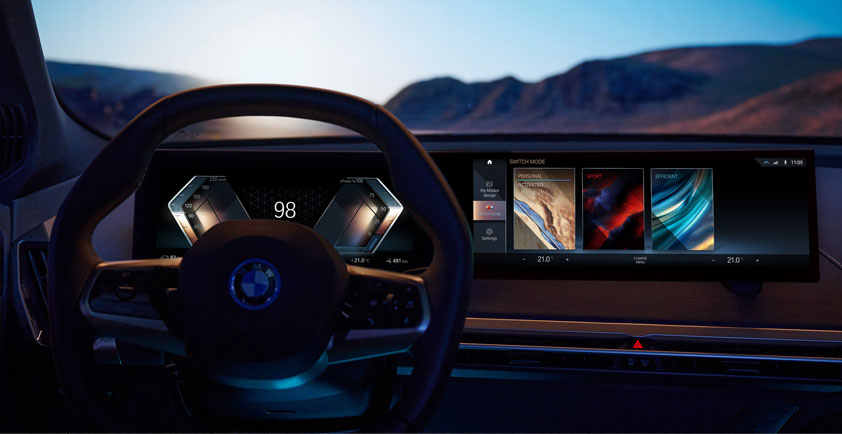 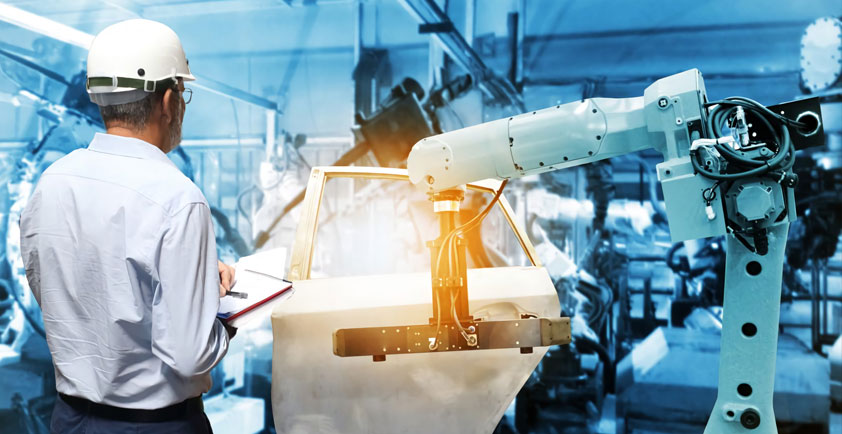