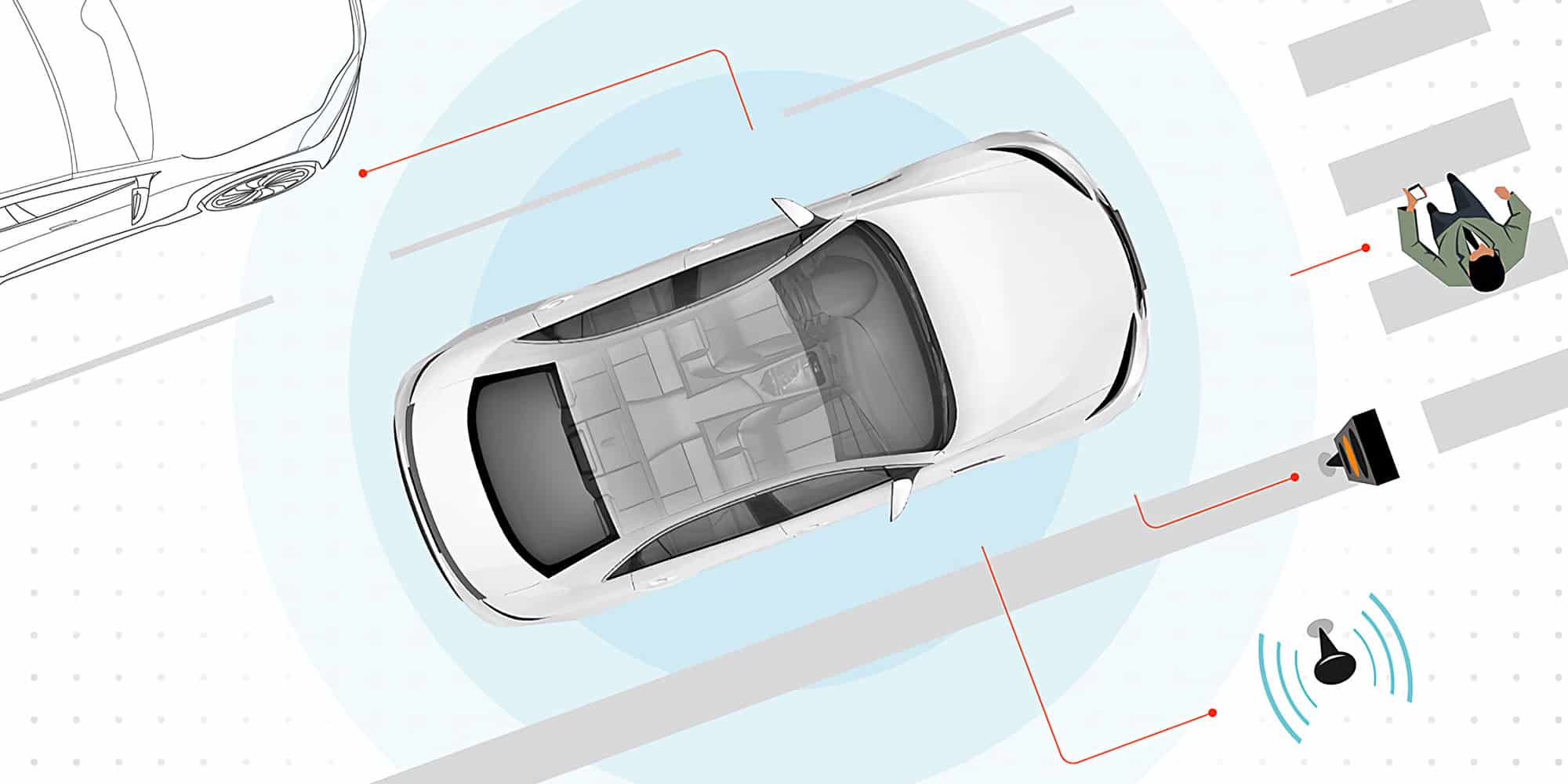 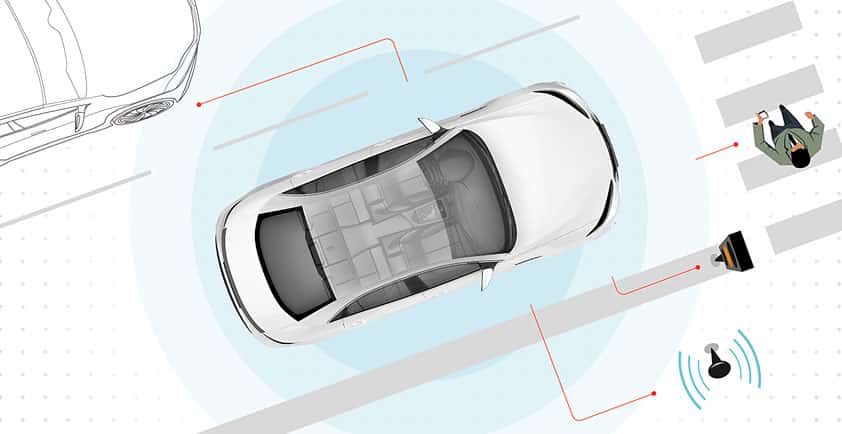 The term “V2X” refers to vehicle-to-everything wireless communications. V2X systems are intended to improve the safety, comfort and convenience of vehicles by allowing them to communicate with virtually anything that can be instrumented. This increased situational awareness enables more intelligent and connected solutions.

V2X communication goes beyond active safety sensing and perception systems, available in many vehicles today, which support features such as lane keeping and collision avoidance based on data from radars, cameras, ultrasonic sensors and lidars.

In a V2X scenario, vehicles can receive wireless transmissions from other moving vehicles, from traffic signals, from weather reporting networks, and even from bicyclists and pedestrians to better understand and interact with the world around them.

Here are the different types of potential V2X wireless communications:

V2V: Vehicles equipped with vehicle-to-vehicle (V2V) technology would be able to identify the speed, location and direction of other vehicles within a proximity of about 300 meters, helping them avoid accidents through improved situational awareness at blind spots and intersections, in heavy traffic and in other scenarios where drivers might be unaware of impending danger because of obstructions, weather or terrain. Aptiv was the first to bring V2V to market with the 2017 Cadillac CTS.

V2I: Vehicle-to-infrastructure technology connects vehicles to everything from traffic signals to railroad crossings, and warns about conditions down the road, such as road construction or traffic jams. For example, otonomo uses V2I information to identify open parking spaces in parking garages and metered street parking, which means never hunting for a parking space. When traffic signals can communicate their states directly to vehicles, the vehicles can better plan their speed as they approach. Studies have indicated that this capability improves traffic flow and can reduce emissions by as much as 15% when V2X is widely deployed, and that is consistent with Aptiv’s experience from our V2I integration in Las Vegas.

V2N: Vehicle-to-network systems connect vehicles to cloud-based networks that provide services like real-time weather and traffic updates. V2N systems could use information on the driver’s route to make adjustments on the fly.

V2P: Vehicle-to-pedestrian technology enables direct communication between a vehicle and a pedestrian within close proximity. In this scenario, pedestrians would have an app on their smartphone that would communicate with vehicles. Alerts can be bi-directional; the pedestrian’s app could send an audio alert to the driver, and the driver’s system could send a similar warning to the pedestrian’s phone, or both if a dangerous situation is sensed. In other scenarios, a separate device could be mounted on, say, a handicapped person’s wheelchair or a cyclist’s road bike. Aptiv explored similar concepts to protect cyclists in a university partnership and demonstrated them at CES 2020.

The industry and regulatory bodies have wrestled with the question of which wireless technology to use for V2X – whether to use a variant of Wi-Fi called Dedicated Short Range Communications (DSRC) or cellular technology called C-V2X. As 5G cellular becomes more widely deployed, it opens the potential to greatly accelerate V2X.

Vehicle-to-vehicle (V2V) wireless communication can prevent accidents by allowing one vehicle to exchange real-time information about speed, location and direction with other vehicles around it.

Many of today’s cars already come equipped with some advanced safety features, such as blind-spot detection, lane change assist and forward collision detection. These features rely on sensors such as radars, cameras, ultrasonic sensors and lidars to detect objects around the vehicle and either inform the driver of their presence or take actions to avoid collisions, such as automatically braking.

V2V enables another level of safety by allowing two moving vehicles to electronically communicate with each other (up to a range of about 300 meters), even if other objects are blocking line-of-sight. This ability to “see around corners” can be an important safety feature in a variety of common driving scenarios:

The National Highway Transit Safety Administration (NHTSA) estimates that equipping every vehicle in the United States with V2V technology could prevent between 400,000 and 600,000 motor vehicle crashes, prevent between 190,000 and 270,000 injuries per year and save between 780 and 1,080 lives.

V2V technology – and the larger category of vehicle-to-everything (V2X) – has not been implemented as quickly as many had hoped, as the industry has wrestled between using a variant of Wi-Fi called Dedicated Short-Range Communications (DSRC) and using cellular communications as the basis for V2V. As deployment of 5G cellular increases, it creates an opportunity for more widespread use of V2V technology.

The V2V system would deliver warnings to the driver through some combination of visual, tactile and audible alerts. The alerts would include do-not-pass warnings, forward collision warnings and blind spot warnings.

Aptiv was the first to bring V2V technology to market with the introduction of V2V modules using DSRC in the 2017 Cadillac CTS. The Aptiv module is the first FCC-certified commercial product in North America, as well as ISED in Canada and IFT in Mexico. In 2018, Toyota announced it would begin deploying DSRC across its lineup in North America beginning in 2021.

At the CES tech show in 2019, Ford announced it would introduce V2V technology in its cars beginning in 2022 based on C-V2X, which runs on the 5G cellular network and offers lower latency and longer range of 500 meters.

At Aptiv, we have experience with both DSRC and C-V2X and are prepared to seamlessly integrate them into our solutions. 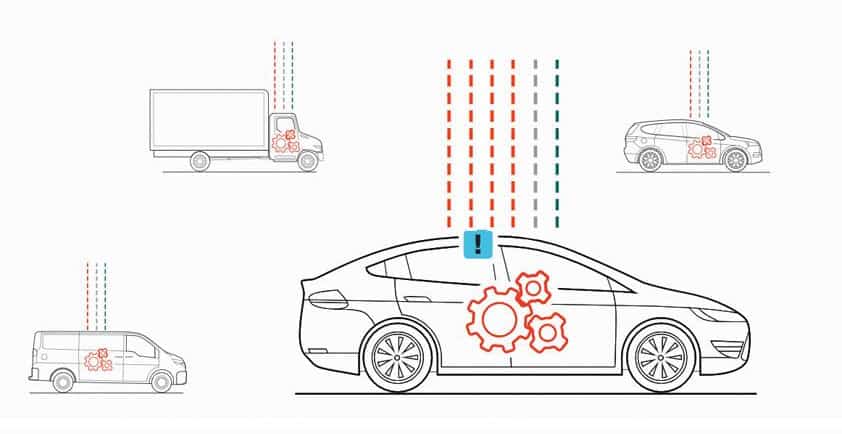 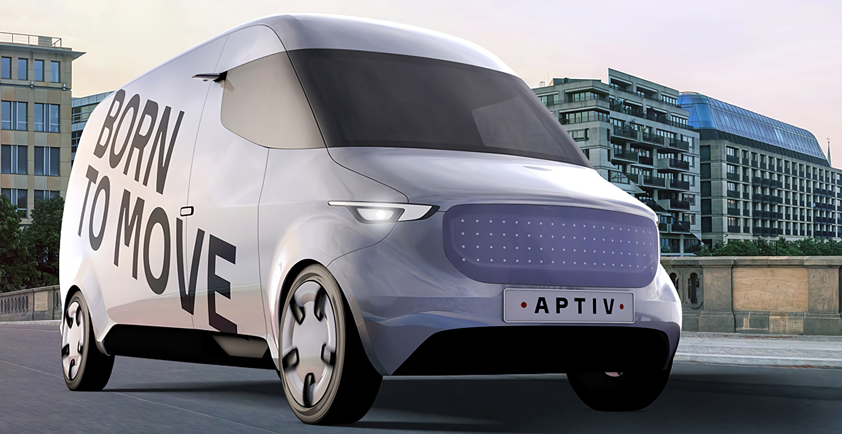 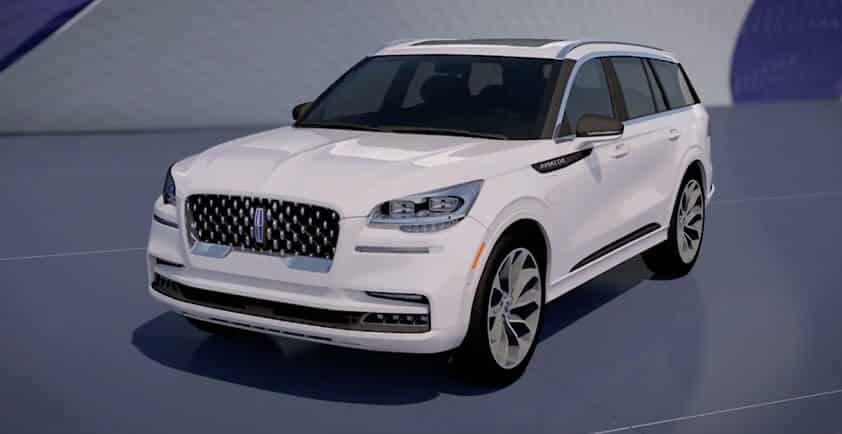 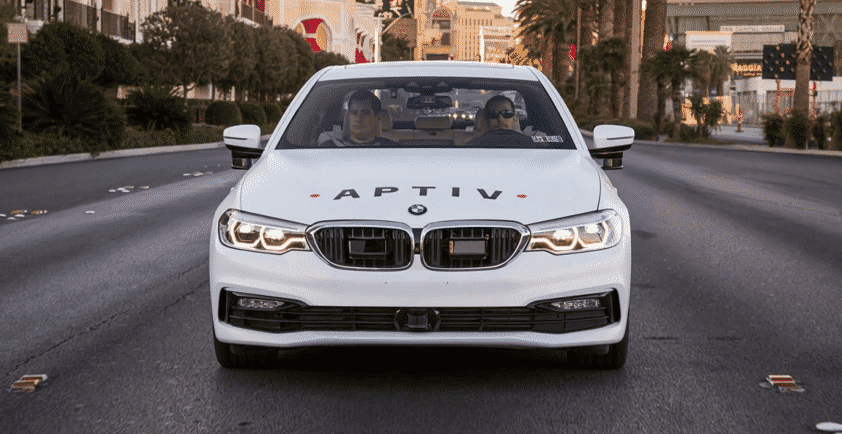