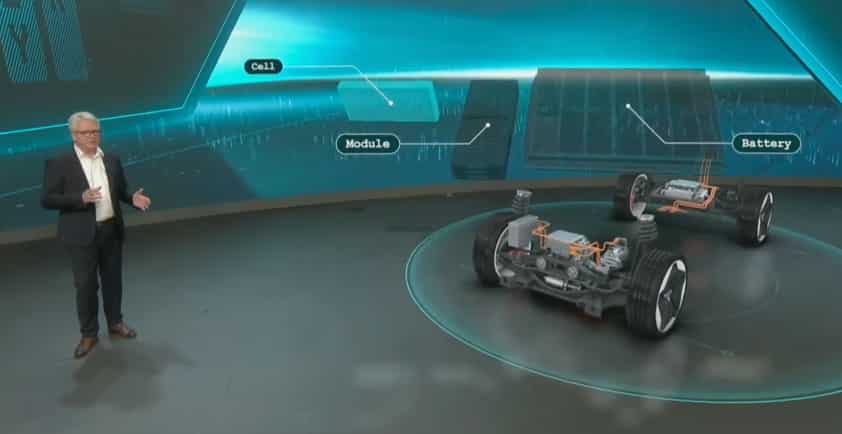 POWER DAY: VOLKSWAGEN PRESENTS TECHNOLOGY ROADMAP FOR BATTERIES AND CHARGING UP TO 2030

>> Integration of the value chain: collaboration with suppliers to be intensified to recycle up to 95 percent of raw materials

>> 18,000 fast-charging points: European network to be expanded five-fold with partners

>> “We aim to reduce the cost and complexity of the battery and at the same time increase its range and performance”, says Thomas Schmall, Volkswagen Group Board Member for Technology. “This will finally make e-mobility affordable and the dominant drive technology.”

The Volkswagen Group presented its technology roadmap for batteries and charging up to 2030 today on its first Power Day. The goal of the roadmap is to significantly reduce the complexity and cost of the battery in order to make the electric car attractive and viable for as many people as possible. At the same time, the Group is aiming to secure the supply of battery cells beyond 2025. In Europe alone, six gigafactories with a total production capacity of 240 GWh are to be established by the end of the decade. Volkswagen is also vigorously pursuing expansion of the public fast-charging network globally. With this in mind, cooperations have been agreed in Europe with the energy companies BP (Great Britain), Iberdrola (Spain) and Enel (Italy).

Volkswagen is targeting a substantial increase in cell production in Europe

The Group is pushing ahead at full speed with the development of production capacities in Europe in order to meet the increasing demand for battery cells. “Together with partners, we want to have a total of six cell factories up and running in Europe by 2030 thus guaranteeing security of supply”, explains Thomas Schmall. The new factories are expected to produce cells with a total energy value of 240 GWh per year by the time they are finally completed. Volkswagen is therefore actively contributing to meet the targets of the European Union’s Green Deal. The first two factories will operate in the Swedish city of Skellefteå and in Salzgitter. In response to increased demand, Volkswagen has decided to refocus the previous plan in relation to cell production and concentrate production of its premium cells in the Swedish gigafactory “Northvolt Ett” in Skellefteå in collaboration with Northvolt. The production of these cells is set to commence in 2023 and will be expanded gradually to an annual capacity of up to 40 GWh.

The gigafactory currently operated by Volkswagen in Salzgitter will produce the unified cell for the high-volume segment from 2025 and develop innovations in process, design and chemistry. Production capacity of up to 40 GWh per year is also planned for Salzgitter. This refocusing will deliver enhanced economies of scale and reduce the complexity of production. Both gigafactories will be powered with electricity from renewable energy sources. Potential sites and partners are currently being considered for the other factories.

Volkswagen is striving to make significant advances with the battery system including all of its components right through to the cell. “We aim to reduce the cost and complexity of the battery and at the same time increase its range and performance”, says Thomas Schmall, Volkswagen Group Board Member for Technology. “This will finally make e-mobility affordable and the dominant drive technology.” Aside from the planned in-house production, significant cost benefits are expected primarily thanks to the new unified cell. It is set to be launched as of 2023 and will be installed across brands in up to 80 percent of all electric vehicles in the Group in 2030. Further savings will be delivered by optimising the cell type, deploying innovative production methods as well as consistent recycling. Volkswagen is thus aiming to gradually reduce battery costs in the entry-level segment by up to 50 percent and in the volume segment by up to 30 percent. “We will use our economies of scale to the benefit of our customers when it comes to the battery too. On average, we will drive down the cost of battery systems to significantly below €100 per kilowatt hour. This will finally make e-mobility affordable and the dominant drive technology”, says Thomas Schmall.

Integration of the value chain 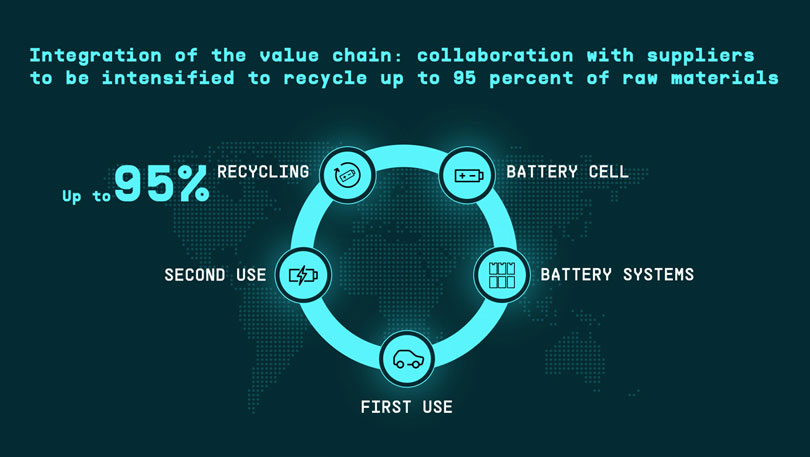 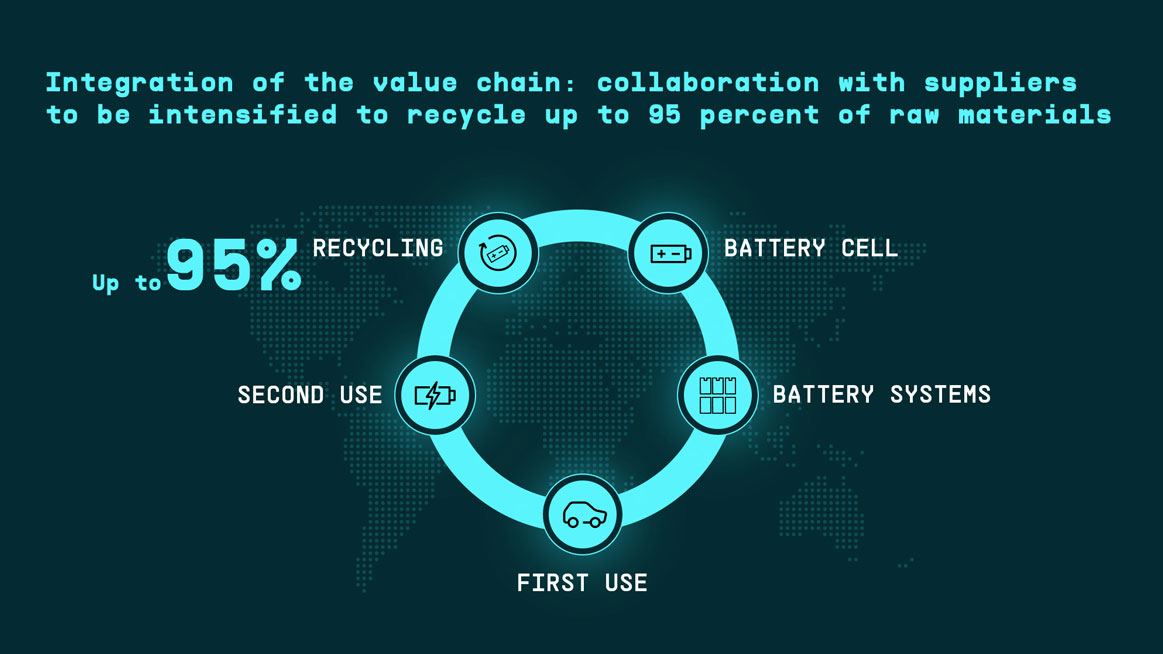 In addition to the unified cell and the consistent expansion of in-house production, the Group’s new technology roadmap will also focus on integrating more steps along the value chain all the way through to industrial recycling. Together with selected strategic partners, Volkswagen therefore wants to secure the long-term supply of cells for its e-offensive. Advances in storage capacity and fast-charging capability are expected in addition to cost benefits. The new prismatic unified cell also offers the best conditions for the transition to the solid state cell – the next quantum leap in battery technology, which Volkswagen anticipates for the middle of the decade. The Group focuses consistently on strategic partnerships and efficient use of resources both for batteries and for charging. The Group is adhering to its strategic financial targets and continues to aim for a capex ratio of around 6 percent by 2025 and an annual clean net cash flow of more than €10 billion in its core automotive business. 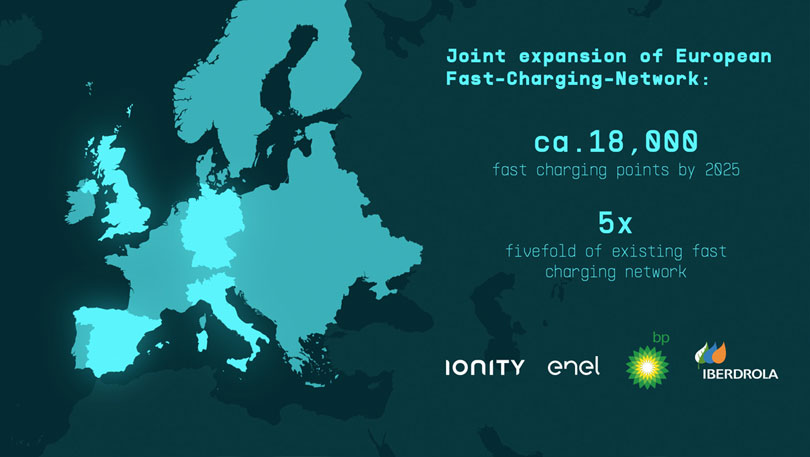 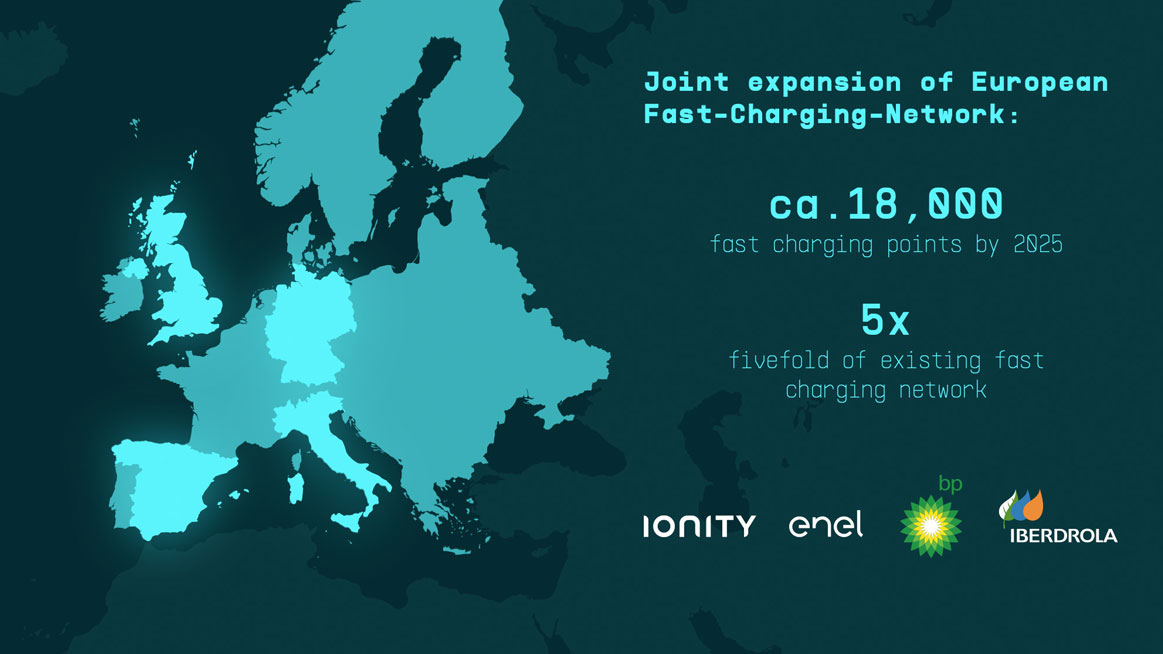 This will be done through a series of strategic partnerships in addition to the joint venture IONITY. Volkswagen wants to establish about 8,000 fast-charging points throughout Europe together with BP. The fast-chargers with a charging capacity of 150 kW will be installed at a total of 4,000 BP and ARAL service stations, with the majority of these in Germany and Great Britain. In cooperation with Iberdrola, Volkswagen will cover main traffic routes in Spain. In Italy, Volkswagen wants to collaborate with Enel to establish the fast-charging network both along motorways and in urban areas. Volkswagen will invest about €400 million in the European programme as a whole by 2025, with further investments being borne by external partners.

Volkswagen is making the electric car part of the energy system

Volkswagen intends to integrate the electric car in private, commercial and public energy systems in the future. This will allow green electricity from the solar energy system to be stored in the vehicle and fed back into the home network if needed. Not only will customers be more independent of the public power grid, they will also save money and reduce CO2 emissions. Models based on Volkswagen’s own MEB platform will support this technology from 2022. Volkswagen will also offer a complete package with all modules and digital services – from the bidirectional wall box to energy management. The technology is soon to be used also on a larger scale – for example in residential buildings, businesses or in the general power grid. 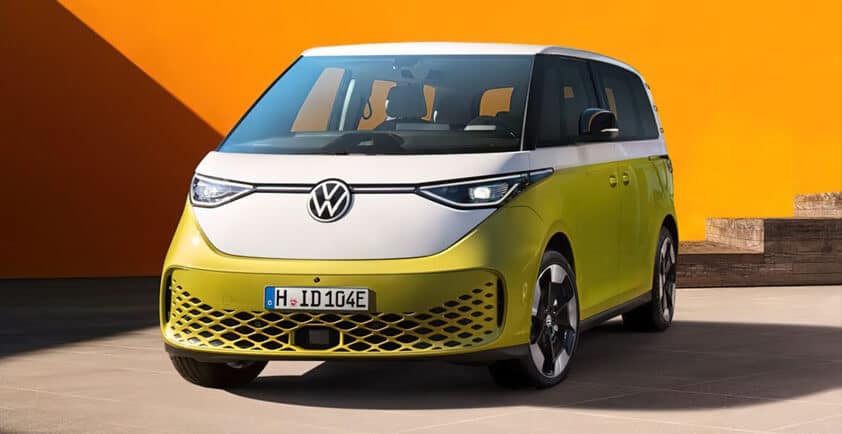 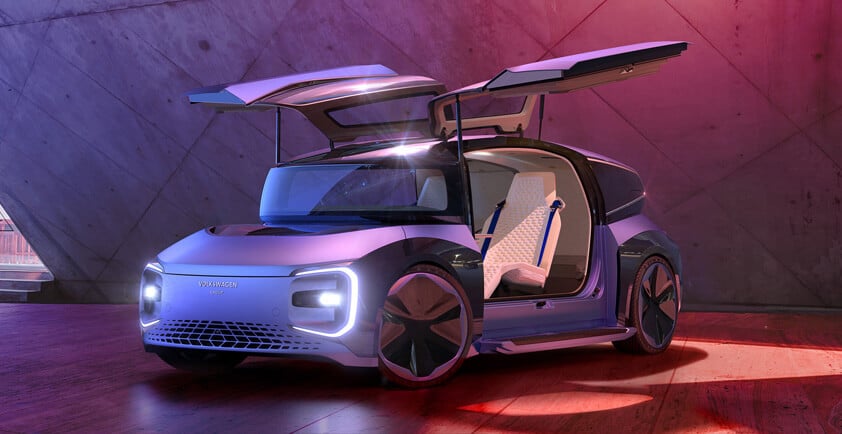 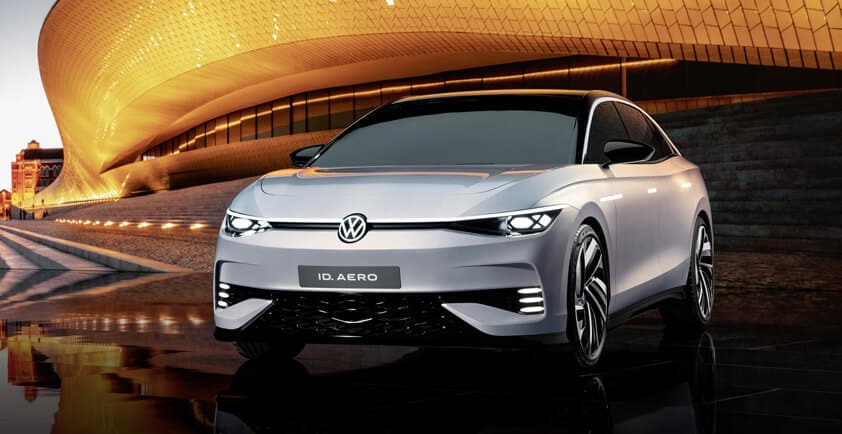 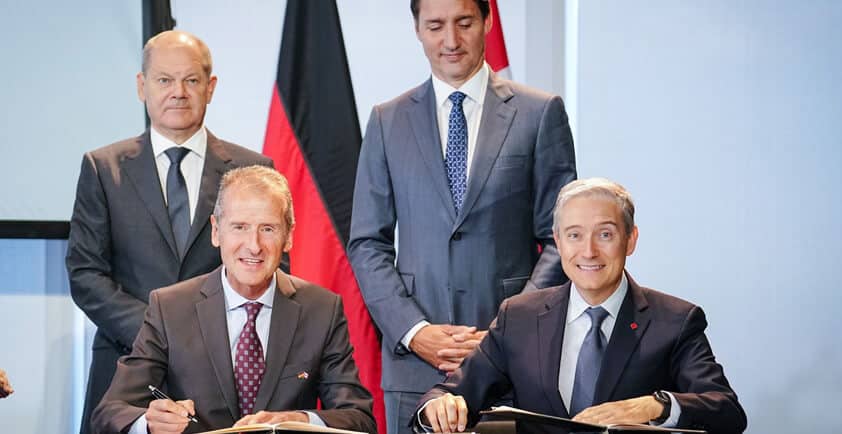 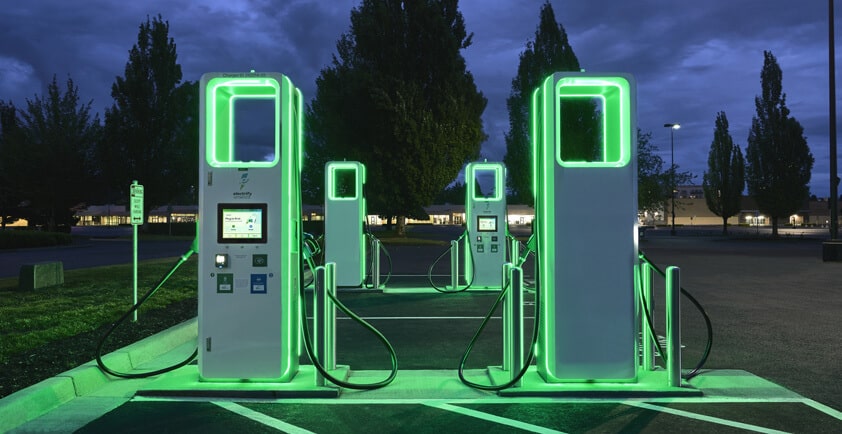 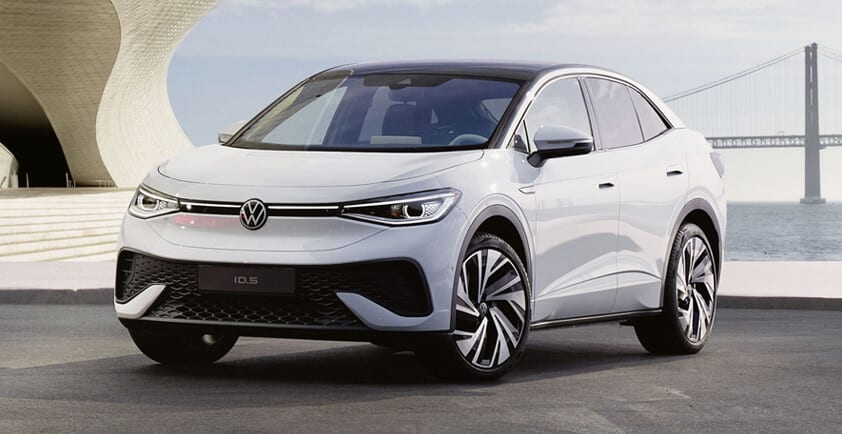 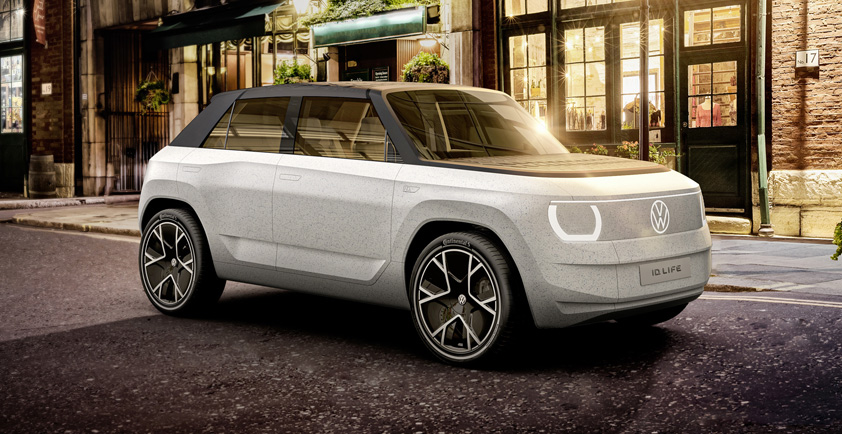 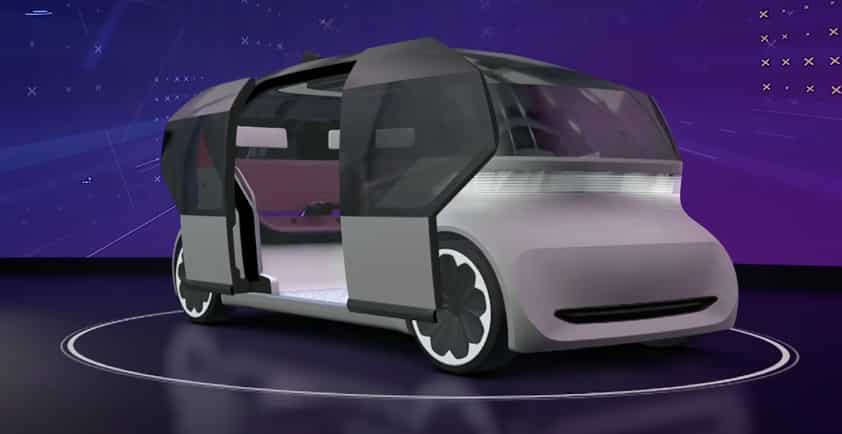 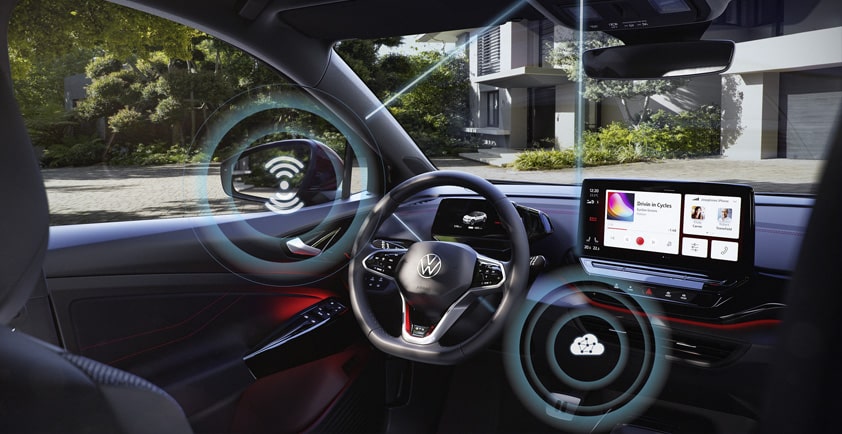