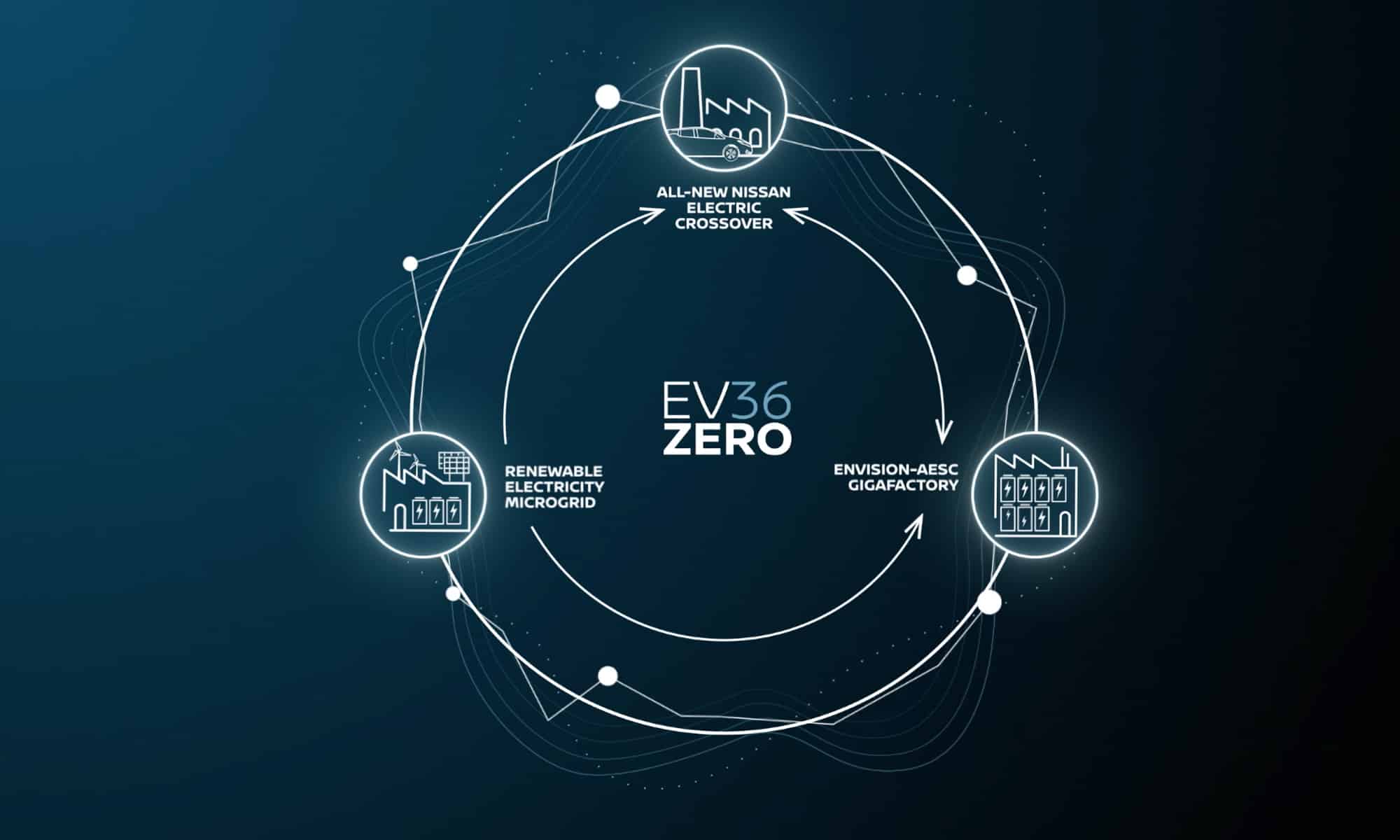 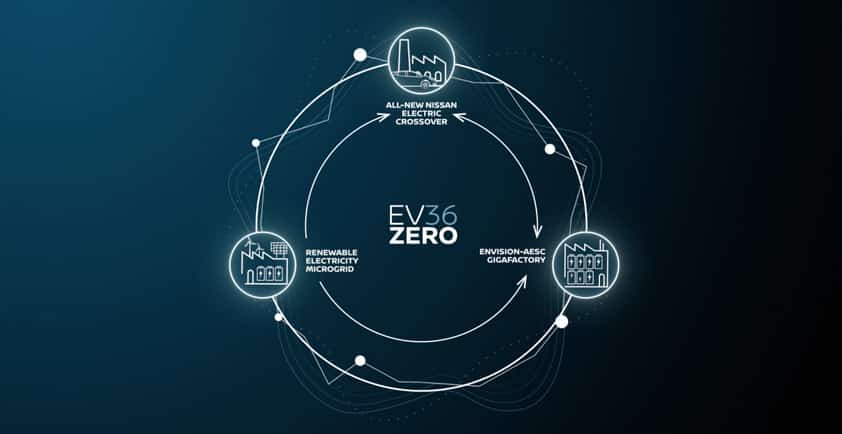 Centered around the record-breaking plant in Sunderland, UK, Nissan EV36Zero will supercharge the company's drive to carbon neutrality and establish a new 360-degree solution for zero-emission motoring.

The transformational project has been launched with an initial £1bn investment by Nissan and its partners Envision AESC, a global player in world-leading battery technology, and Sunderland City Council. Comprised of three interconnected initiatives, Nissan EV36Zero brings together electric vehicles, renewable energy and battery production, setting a blueprint for the future of the automotive industry.

Nissan President and Chief Executive Officer, Makoto Uchida said: "This project comes as part of Nissan's pioneering efforts to achieve carbon neutrality throughout the entire lifecycle of our products. Our comprehensive approach includes not only the development and production of EVs, but also the use of on-board batteries as energy storage and their reuse for secondary purposes.

"Our announcement today comes out of lengthy discussions held within our teams, and will greatly accelerate our efforts in Europe to achieve carbon neutrality. The experience and know-how gained through the project announced today will be shared globally, enhancing Nissan's global competitiveness.

"Nissan will continue to leverage its strengths in electrification to become a company that continues to provide value to its customers and society."

As part of the £1 billion announcement, Nissan will invest up to £423 million to produce a new-generation all-electric vehicle in the UK. Building on Nissan's expertise in crossovers and the worldwide success of the Nissan LEAF, it promises next-generation vehicle styling, efficiency and battery technology, making the switch to electric driving even more accessible.

Designed for global markets, UK production will be exported to the European markets traditionally served by Nissan's Sunderland plant. The new crossover will be built on the Alliance CMF-EV platform, with a forecasted production capacity of up to 100,000 units to be installed.

Production in Sunderland will create 909 new jobs at the plant, and more than 4,500 in the UK supply chain, while safeguarding a further 75 R&D jobs. The transformational project takes the total capital investment by Nissan into the plant past £5bn, and also includes:

Other production locations have not yet been confirmed. More details about the new vehicle, including pricing and technology, will be released closer to the car's sales launch.

The formal planning process is about to begin for the new gigafactory, which represents an initial 9GWh plant, with potential future-phase investment of £1.8bn by Envision AESC, generating up to 25GWh and creating 4,500 new high-value green jobs in the region by 2030, with potential on site for up to 35GWh. The new plant will increase the cost-competitiveness of EV batteries produced in the UK, including through a new Gen5 battery cell with 30% more energy density which improves range and efficiency. This commitment will power Nissan's new vehicles, supporting the continued localization of vehicle parts and components with advanced technology. This will make batteries cheaper and EVs more accessible to a growing number of customers in the future.

The new gigafactory will create 750 jobs and safeguard the jobs of 300 current employees.

Lei Zhang, founder and Chief Executive Officer of Envision Group, said: "Envision Group's mission is to be the net zero technology partner of choice for global enterprises, governments, and cities. We are therefore delighted to be a part of EV36Zero with Nissan and Sunderland City Council. As part of this, Envision AESC will invest £450m in a new, cutting-edge, low-carbon gigafactory in Sunderland creating 700 new jobs.

"This commitment builds on our long-term partnership with Nissan to achieve our global ambition to make high performance, longer range batteries for EVs affordable and accessible for millions more motorists.

"Growth in demand could bring future investment of up to £1.8bn, additional capacity of 25GWh and 4,500 jobs by 2030. This will put the North East at the heart of a new EV hub in the UK, collaborating on R&D around the whole battery lifecycle, from storage, to second life use, V2G smart charging and closed loop recycling."

Bringing this ecosystem together, Sunderland City Council is leading a project that aims to deliver a 100% renewable electricity 'Microgrid' that will save 55,000 tonnes of carbon annually.

With the ability to incorporate the existing Nissan wind and solar farms, initial plans suggest there could be as many as ten solar farms created, with an anticipated 132MW generation, and with a direct connection to renewable energy from the UK grid for 'firm' supply to Nissan and automotive companies located on the adjacent International Advanced Manufacturing Park (IAMP). Plans will continue to be developed in close discussion with potential private sector green investors.

A first-of-its-kind, this project is estimated to be an £80 million investment and also includes plans for a 1MW battery storage system using second-life Nissan EV/Envision AESC batteries, which will also allow for excess energy generated during daylight hours to be captured and used at another time, helping to balance demand on the grid. Additional infrastructure projects enabling the creation of the new EV Hub take the total initial investment above £1bn.

Sunderland City Council leader, Councillor Graeme Miller, said: "Sunderland is an ambitious city, and today's announcement is game-changing one for us, for the region and for UK Plc, and the culmination of many months of partnership working with Nissan, Envision AESC and UK Government to ensure that we landed this transformational project.

"We're proud to be acting as a key enabler, working to secure an £80m infrastructure project that could be the first of its kind in the UK, bringing together energy generation, consumption and storage through a dedicated microgrid.

"We have a commitment to making Sunderland as a city carbon neutral by 2040 and electrification is a key part of that vision. Today's announcement places Sunderland at the center of electric vehicle production in Europe. It vindicates the unwavering belief this council has in the city's ability to drive the electric revolution, working in partnership with the private sector and Government to bring nationally significant projects to fruition, creating jobs and prosperity for our people and businesses, and delivering cleaner, greener cars in the process."

Envision AESC is a world-leading battery producer headquartered in Japan. Our low-carbon battery plants in Japan, UK, US and China employ 2,500 people and have produced batteries for more than 600,000 EVs in 44 countries in the last decade. We invest heavily in next generation technology to drive innovation and work with strategic partners to develop capability and craftsmanship, quality design and technology to deliver exceptional battery performance, safety and cost at speed for our customers.

We pride ourselves on the safety record of our batteries, which continually achieve zero critical incidents in new product and process designs. Together with smart, digitally integrated clean energy generation, storage and use in our battery plants, we are supporting the global transition towards net zero carbon energy targets. 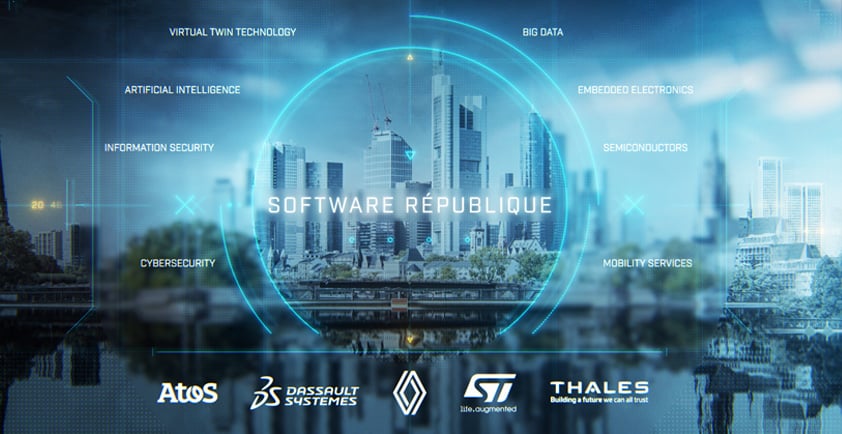 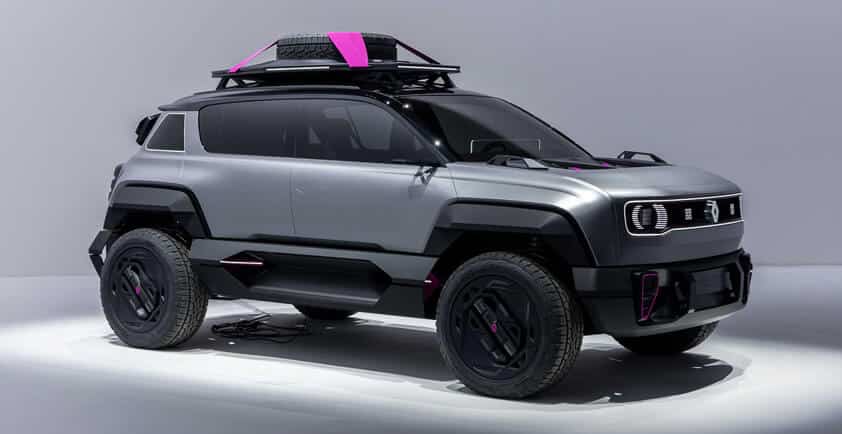 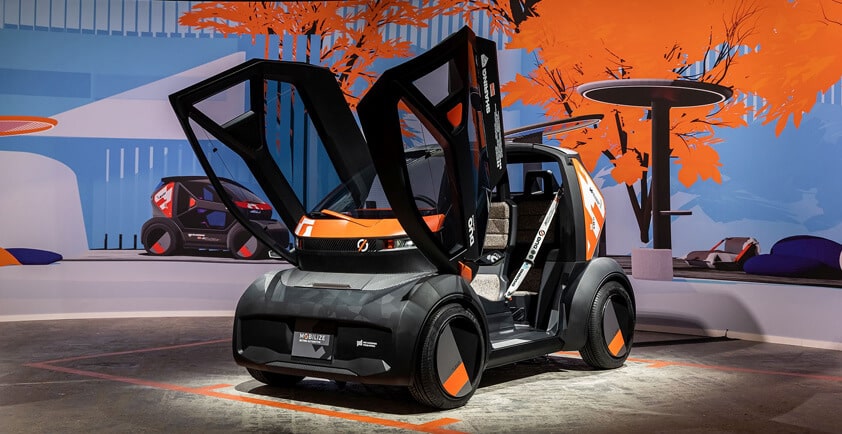 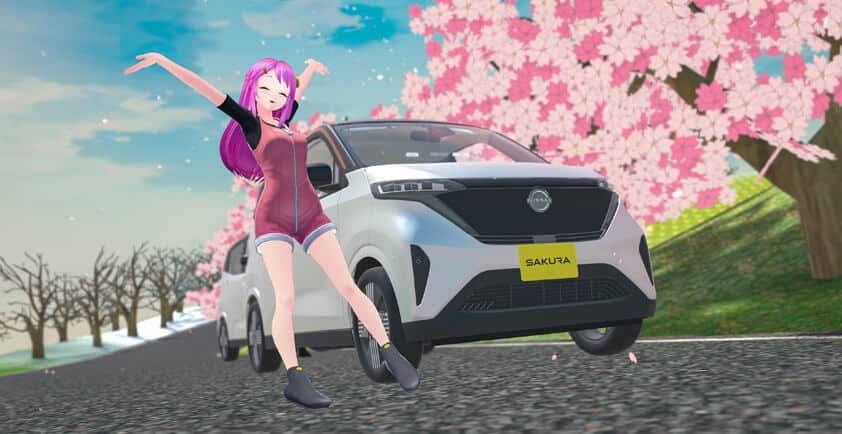 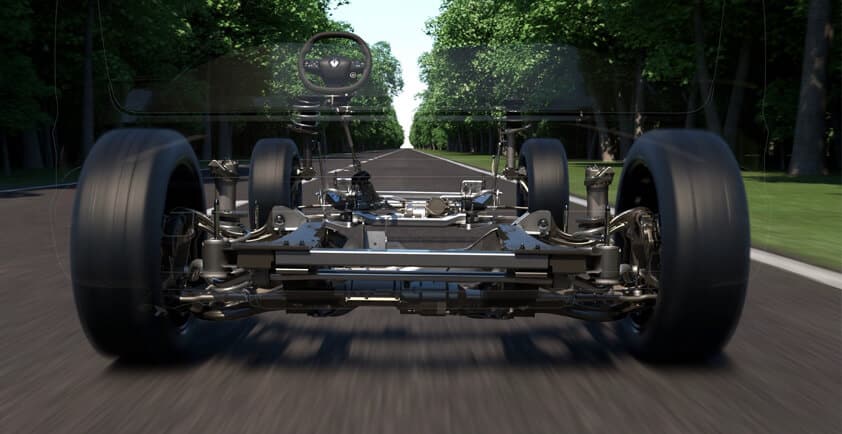 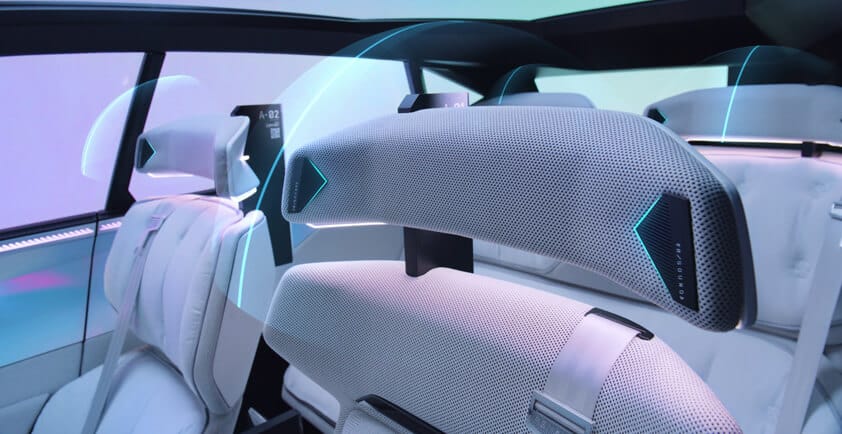 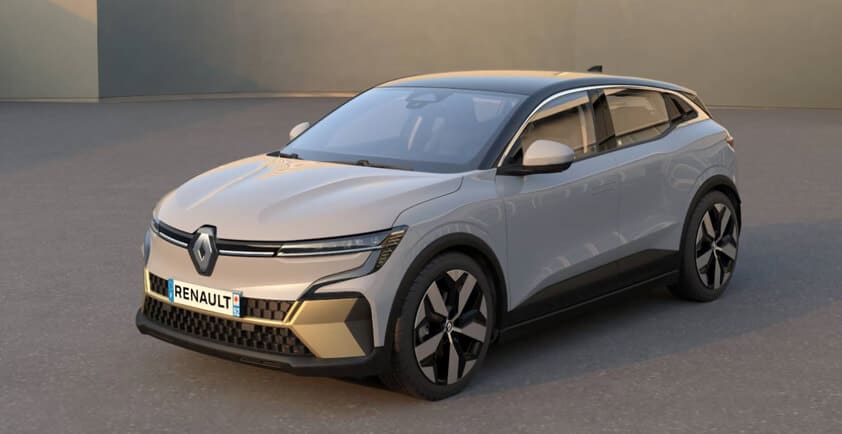 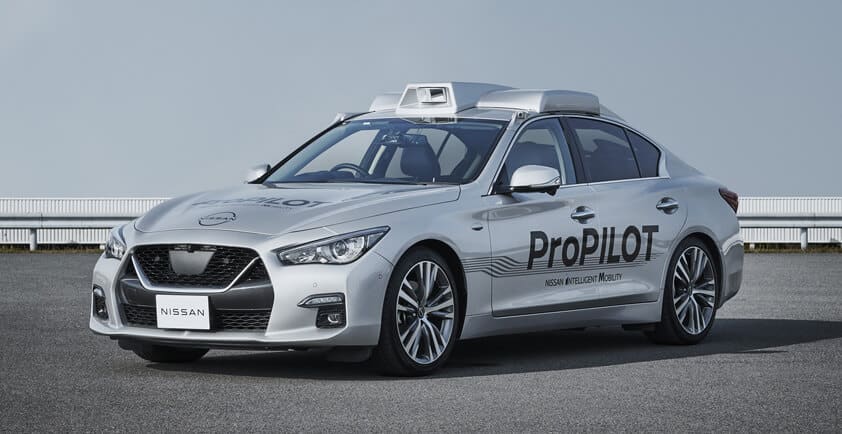 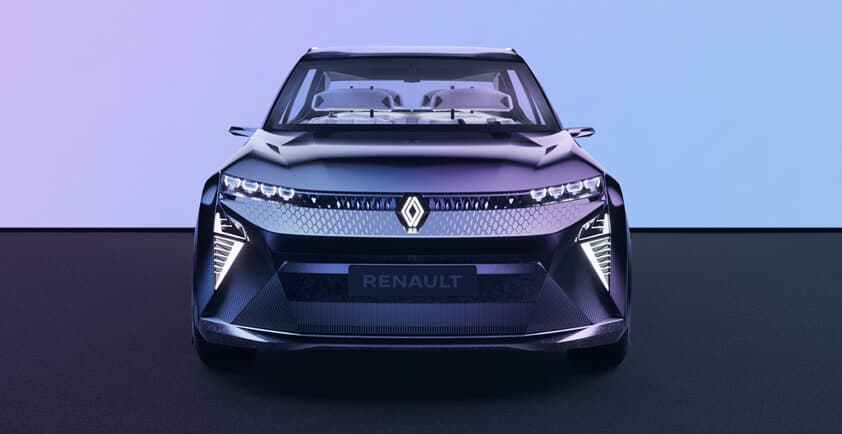 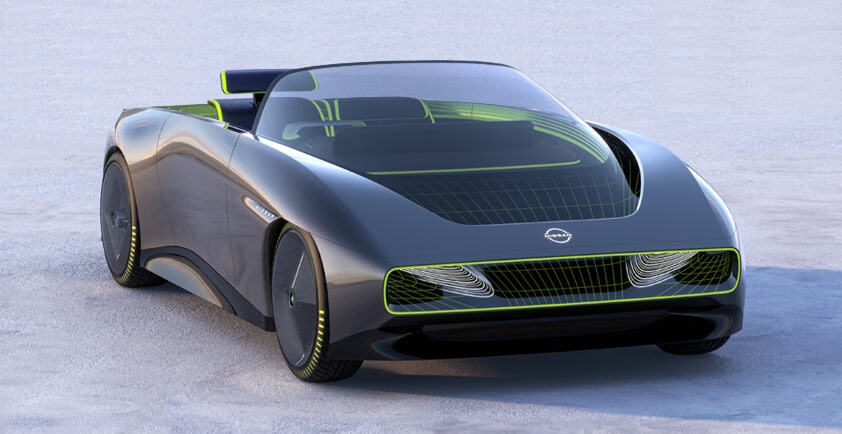 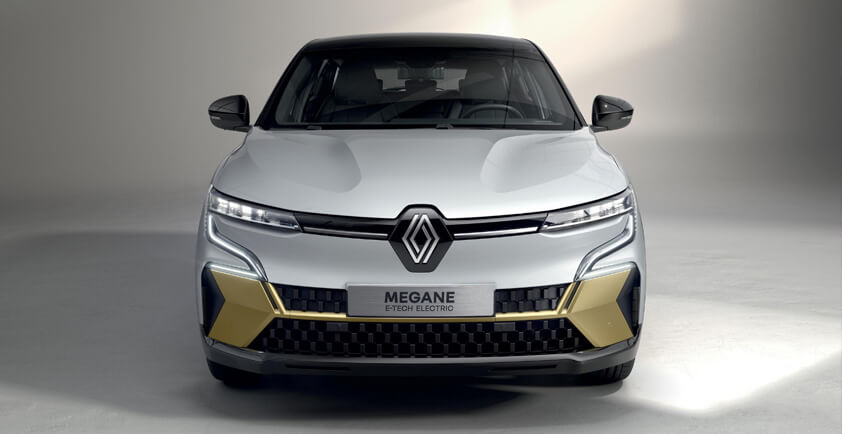 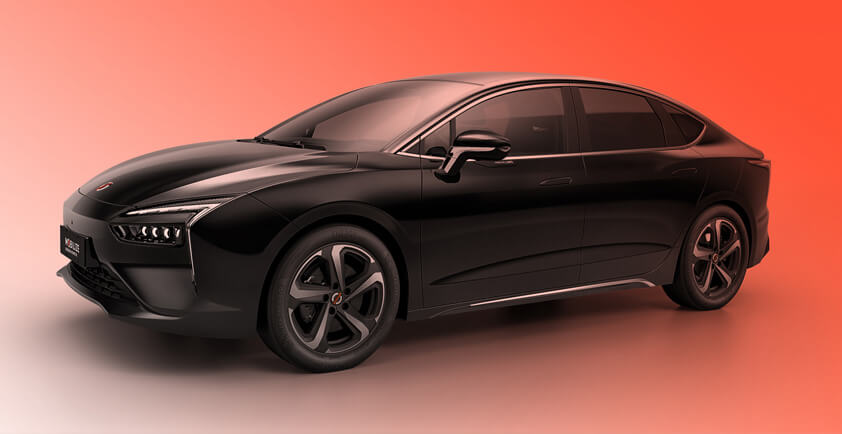