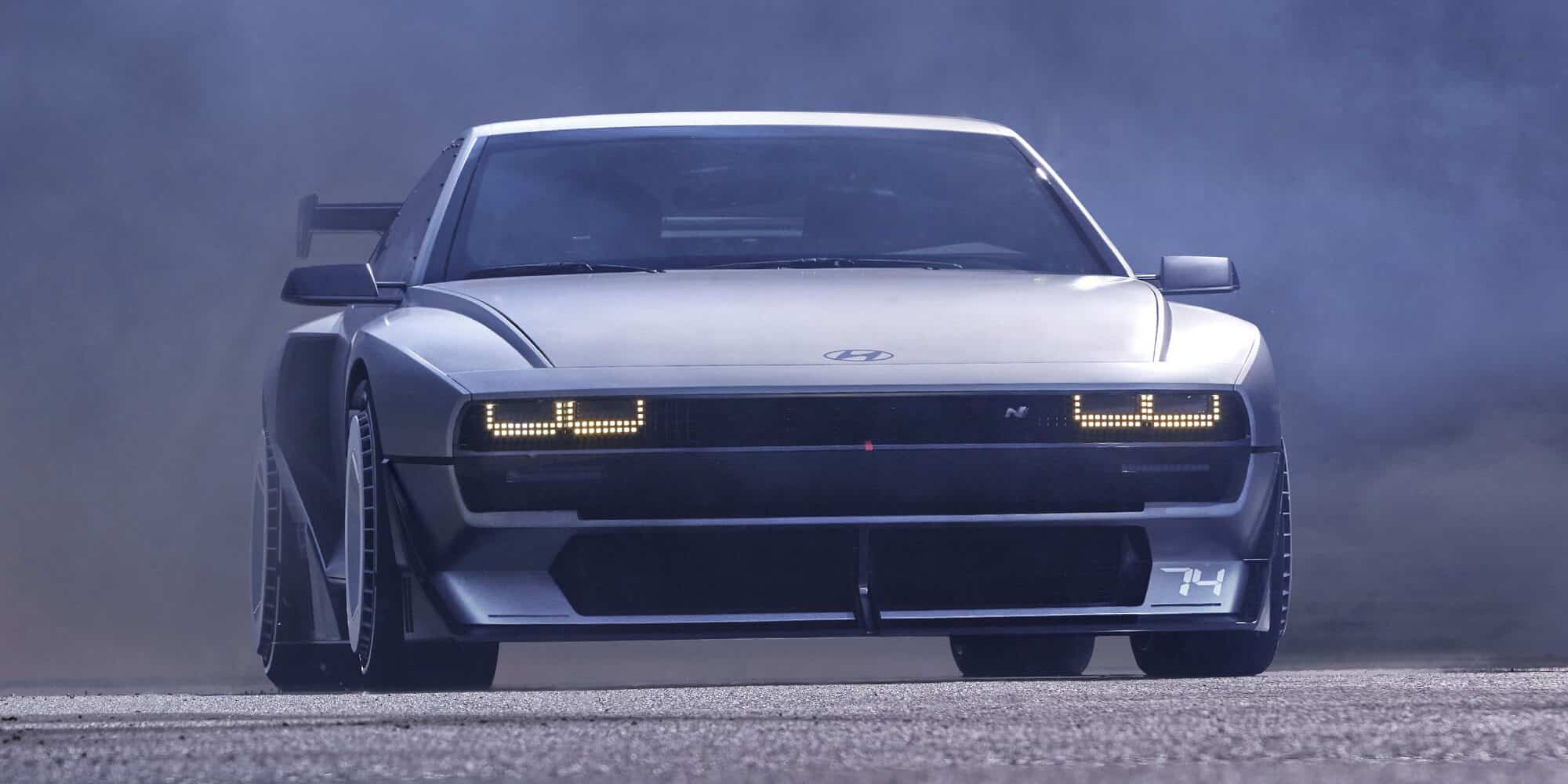 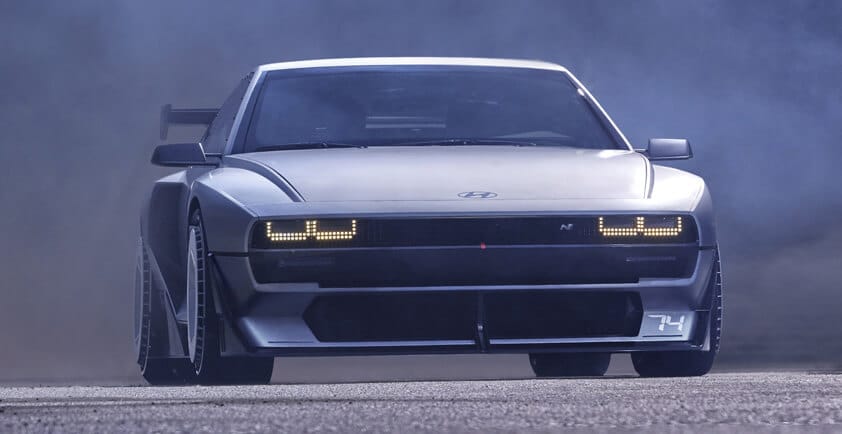 “RN22e and N Vision 74 play an important role in the strategic development of our entire product lineup, especially our electrified, high-performance vehicles,” said Thomas Schemera, Executive Vice President and Head of Customer Experience Division at Hyundai Motor Company. “Rolling labs represent the continuous development of our most advanced technologies. This unique approach makes us ready for the challenges of the future by empowering us to push ourselves to the limit.”

Both RN22e and N Vision 74 will continue to be tested and verified by Hyundai’s engineers, so future N road cars can be equipped with their advanced technologies. 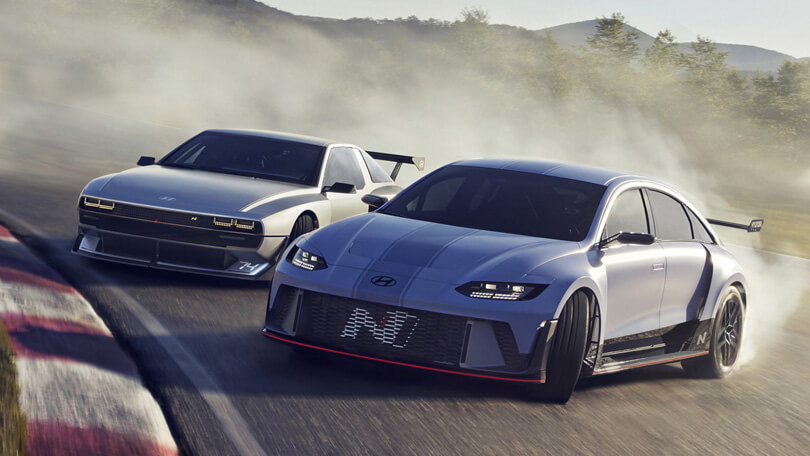 Since launching its very first high-performance production road car in 2017, Hyundai i30 N, N has pushed the limits of performance to help customers discover how fun driving can be. The brand claim is ‘Never just drive’ because getting from A to B should never be boring. Even in the electric future, N brand pursues its three pillars: corner rascal (tight, perfectly balanced cornering machine), racetrack capability (all N models are built to perform directly on the track) and everyday sportscar (for everyone and every need, not just track days and highways). 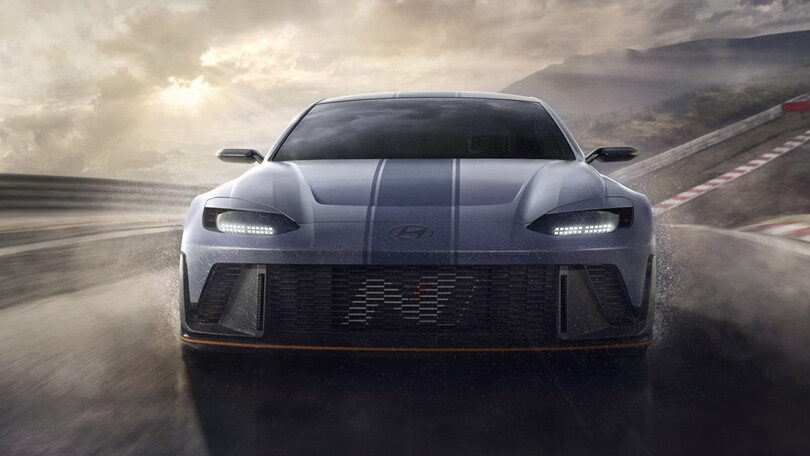 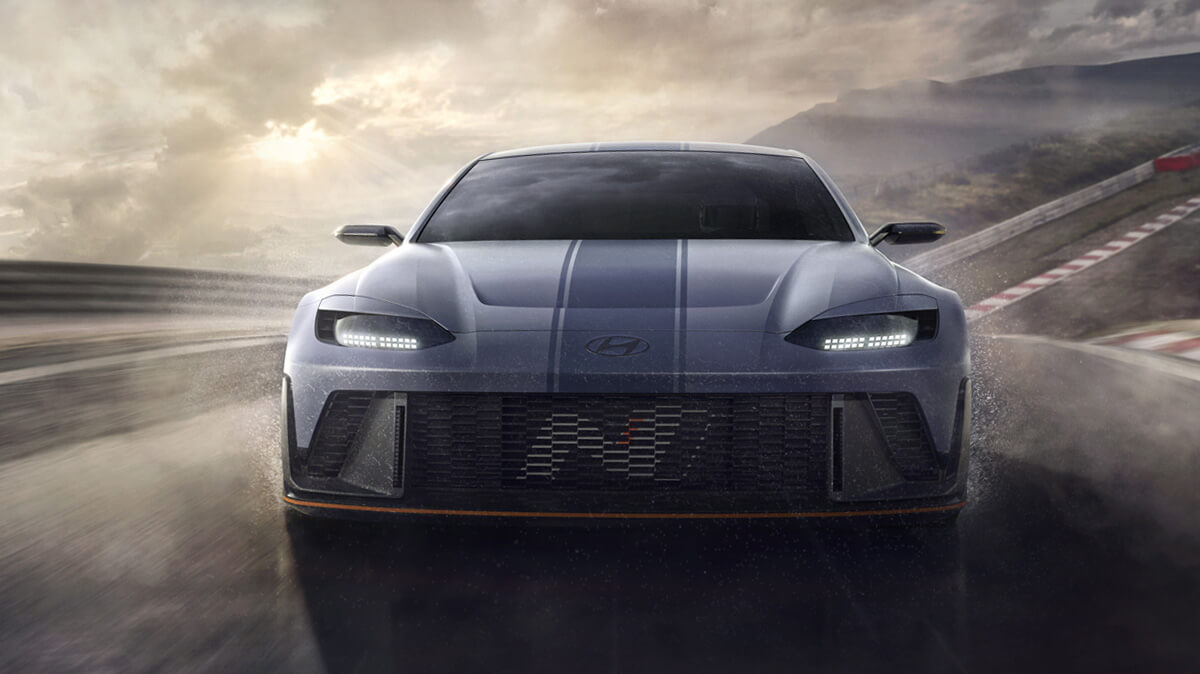 RN22e offers racetrack-ready performance by refining and optimizing Hyundai’s market-leading E-GMP and packaging it in an IONIQ 6-based streamliner design. As Hyundai N’s first rolling lab based on E-GMP, RN22e shows the electrified N brand’s vision and direction while opening the possibility of a high-performance EV model in the future. The concept received its name because it is the rolling lab of N brand developed in 2022 with EV performance.

RN22e is tested to maximize N’s three performance pillars, starting with ‘corner rascal.’ N has been developing cornering capability since the brand launch and has been providing e-LSD, Corner Carving Differential, for most N models. RN22e elevates the corner carving feel with inevitably heavier weight, by exploring torque vectoring by twin clutch. Moreover, the 3D printed parts reduce weight and keep the rigidity for better corner attack. Equipped with AWD, RN22e provides optimized torque distribution according to different drive modes that allows drivers to choose the torque power on the front and rear wheels.

To enhance RN22e’s racetrack capability, N focused on cooling and braking to enhance endurance. RN22e provides track-optimized settings to let customers enjoy the circuit without derating. Having four piston monoblock calipers and a 400-mm hybrid disc allows RN22e to withstand the weight of its power electric (PE) system. In addition, Hyundai N will use RN22e to study how to deliver dynamic movement with regen-braking that precisely controls yaw and corner attack.

As Hyundai N develops and verifies state-of-the-art technologies for transfer to N production models, RN22e plays an important role as the rolling lab for upcoming EV N models. Knowing what exhilarates enthusiasts, N is developing new features, such as the emotional driving experience for electrified models. RN22e provides N Sound+, which generates sound from the interior and exterior speakers, for a dynamic driving feel. In addition, N e-shift integrates the vibration and shifting feel with N Sound+. As it is a rolling lab, where Hyundai N continuously develops advanced technologies, these emotional driving experiences will be further developed in various types via RN22e, so that drivers can select their own fun.

By adapting IONIQ 6’s streamliner design, RN22e will leverage the new EV’s aerodynamic features. In order to maximize the performance, Hyundai N has added motorsports-inspired details. Through low ground clearance and emphasized shoulders, Hyundai N achieved a design with a wide and sturdy stance. While maintaining IONIQ 6’s design, the lower bumper has been designed to be sporty, radiating an unexpected charm. With these functional aesthetics, RN22e could improve its cooling and aerodynamics.

Measuring 4,915 mm long, 2,023 mm wide and 1,479 mm tall on a 2,950 mm wheelbase, RN22e will continue to develop with motorsports expertise, so Hyundai can hone and perfect its advanced technologies to launch a mass-production electric N model utilizing the potential of E-GMP. 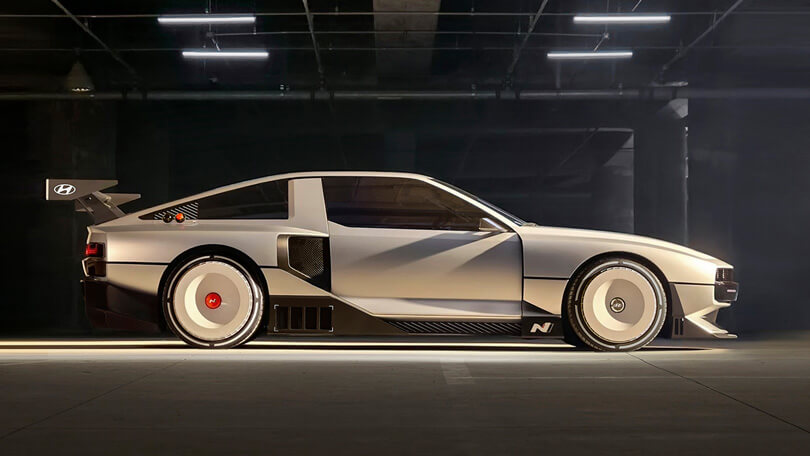 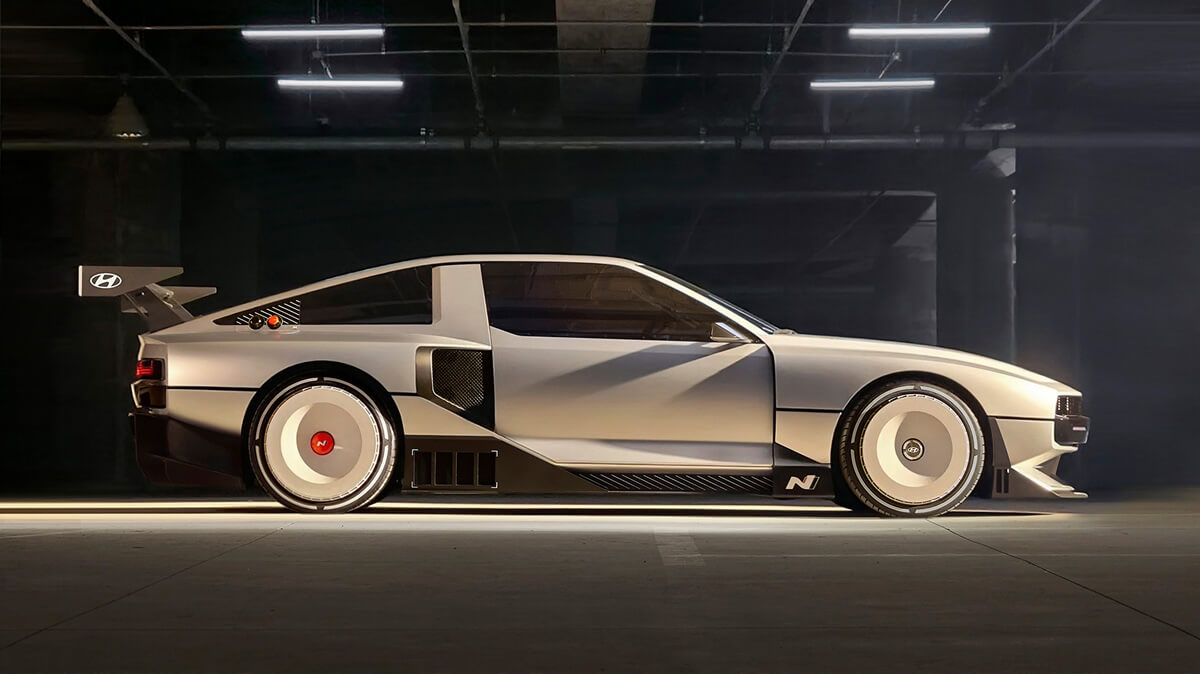 In terms of design, N Vision 74 pays an homage to the Hyundai Pony Coupe concept from 1974, which was developed by the legendary car designer Giorgetto Giugiaro. The concept was then built into prototypes for Hyundai’s first production sports car. Although it could not reach production in the end, the daring attitude set the tone for the entire company.

“N Vision 74’s future-oriented design reflects the respect and appreciation we have for the dedication and passion that went into the Pony Coupe concept,” said SangYup Lee, Executive Vice President and Head of Hyundai Design Center.

Measuring 4,952 mm long, 1,995 mm wide and 1,331 mm tall on a 2,905 mm wheelbase, it is the first high-performance rolling lab built on the most advanced hydrogen fuel cell system that Hyundai N has ever created. But this is not the first time for N to deal with fuel cell technology. N Vision 74 is also inspired by the concept car Hyundai N 2025 Vision Gran Turismo, which was unveiled in 2015 with the launch of N brand to envision the future of hydrogen-based high performance.

Just seven years later, Hyundai N is introducing N Vision 74, setting its sights even further by realizing its passion for ‘fun to drive’ and imagination. Hyundai’s engineers developed a hybrid structure of a battery-electric in combination with an FCEV system, which is placed in an all-new layout. By having fuel cell system and battery-electric powering the N Vision 74 together, the cooling efficiency is improved, while the two different power sources can be used depending on different driving conditions. This fine-tuned logic system enables better torque vectoring by twin motors on the rear, allowing a precise and responsive cornering experience. Moreover, N Vision 74 explores the balance between the performance and cooling with a three-channel cooling system.

The high-performance technology is fully integrated into the design to fulfil the FCEV’s heat management requirements. With such functional aesthetics, N Vision 74 explores the balance between state-of-the-art-technology and iconic design. Along with long-range and fast refueling capabilities, N Vision 74 guarantees driving fun with a sustainable power source via the application of cutting-edge technologies.

In 2012, Hyundai embarked on Project RM to showcase its expertise in developing new technology and innovation. Through this project, the company develops and connects new high-performance technology from motorsport with future N models. The name of the project refers to the N prototype model’s ‘Racing Midship’ rear-drive, midship powertrain configuration. The fundamental difference of this design provides an ideal balance of handling and agility from a low polar moment of inertia.

Since its initiation, the RM series has progressively evolved to include RM14, RM15, RM16 and RM19. The RM platform facilitates an engineering rolling lab to test high-performance technologies while connecting to the tarmac at all speeds and driving conditions. Having undergone progressively extensive testing, RM models validate advanced technologies, observe their effective increase in performance, and improve them for application in future N models.

Two years ago, Hyundai introduced the next-generation electrified RM20e Racing Midship Sports Car. Within the RM series, RM20e was the first high-performance BEV. For the first time, Hyundai was able to apply the potential of zero-emissions powertrains to its high-performance cars.

Hyundai N has unveiled the new series of rolling labs under a different name to set the new standard of next-generation high performance. As the N brand continues to pursue its three pillars of N performance, RN22e and N Vision 74 are being tested to maximize racetrack capability, its everyday sports car characteristic and ‘corner rascal’ features. N will also stay true to its philosophy in the era of electrification.

As the initial big step, Hyundai Motor's first electric N, IONIQ 5 N will hit the global market in 2023. More details about the first EV N will be unveiled later. 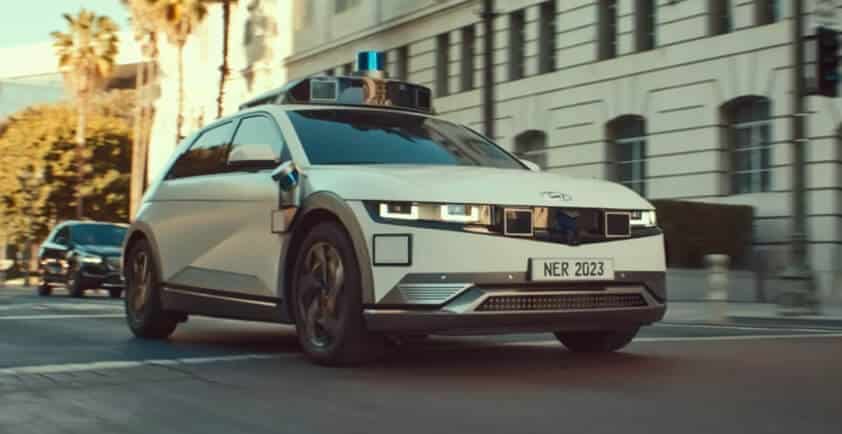 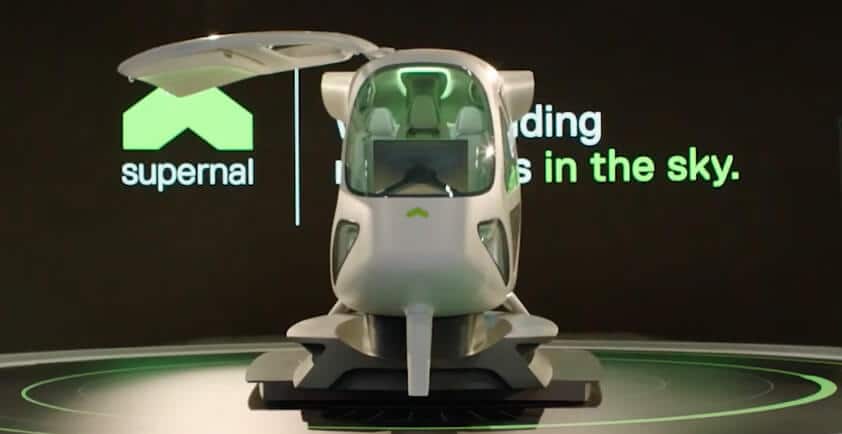 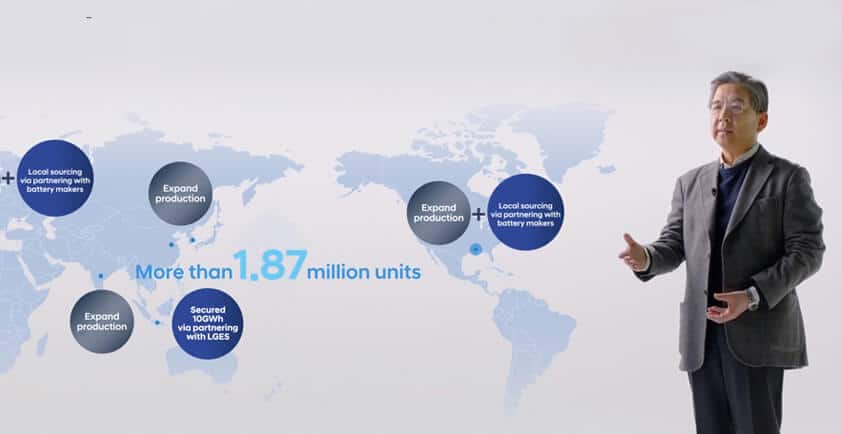 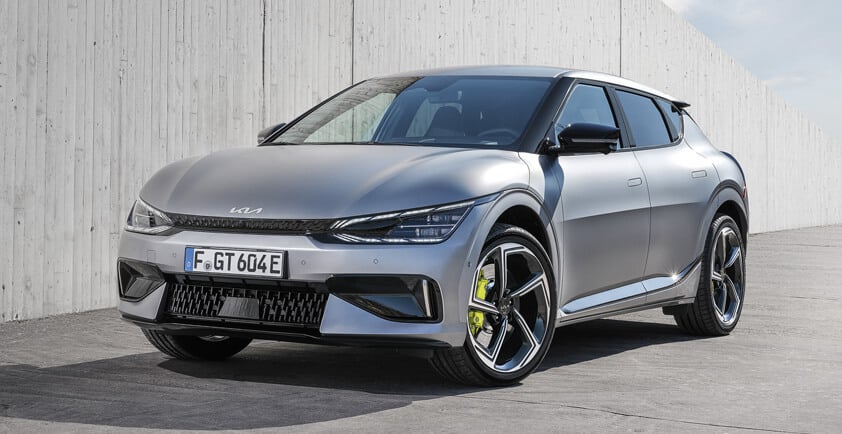 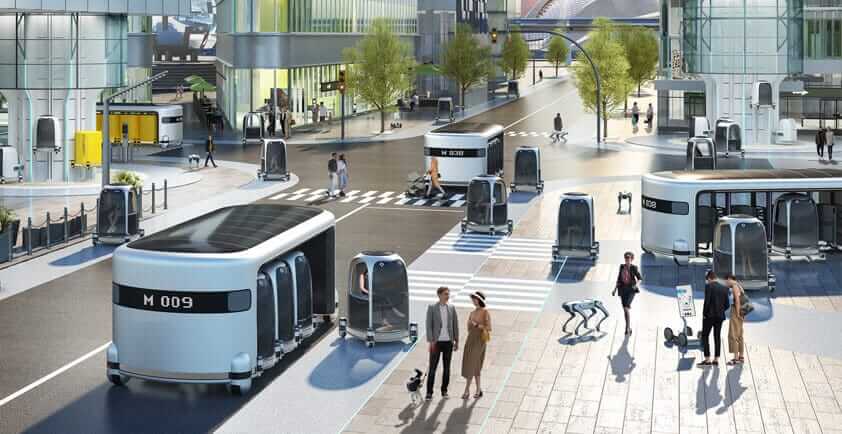 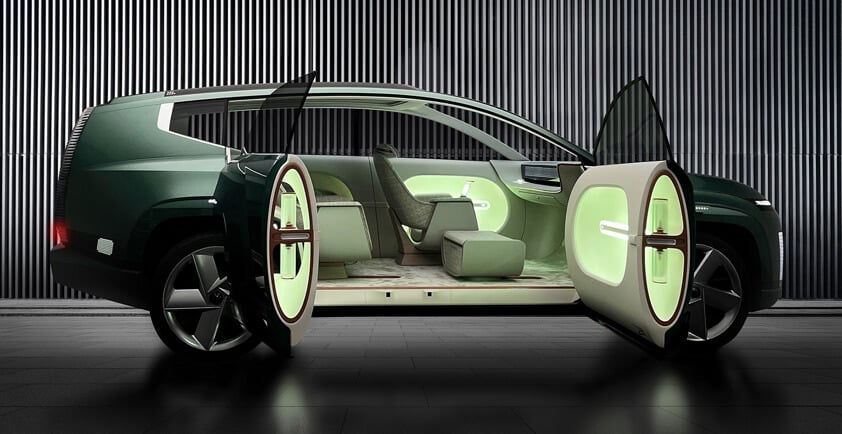 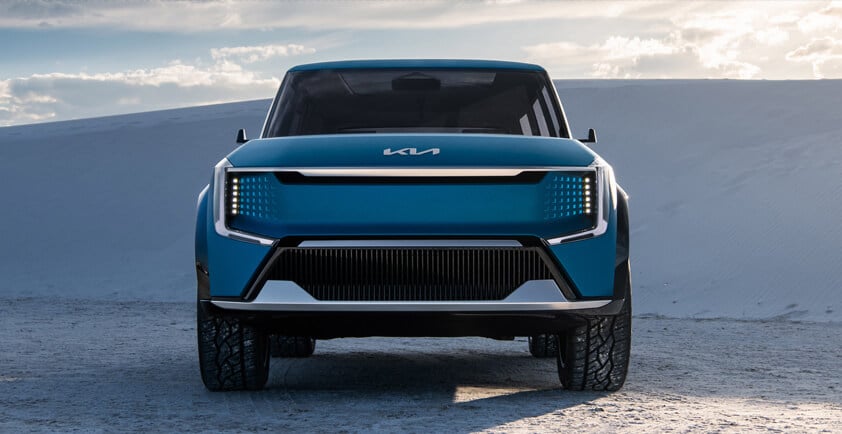 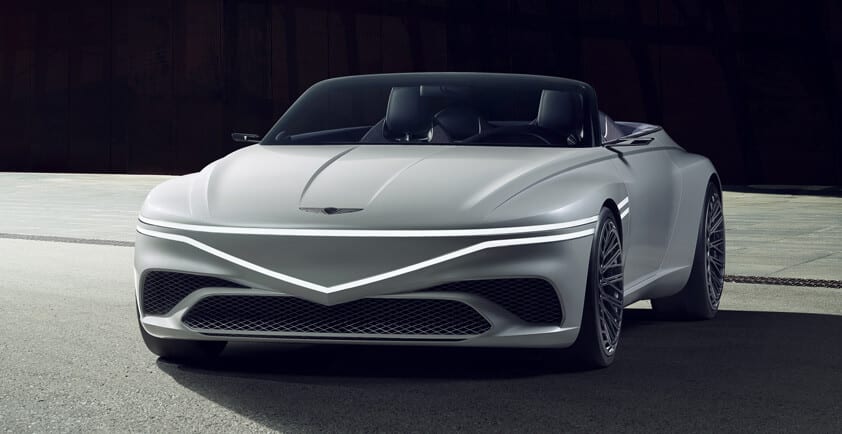 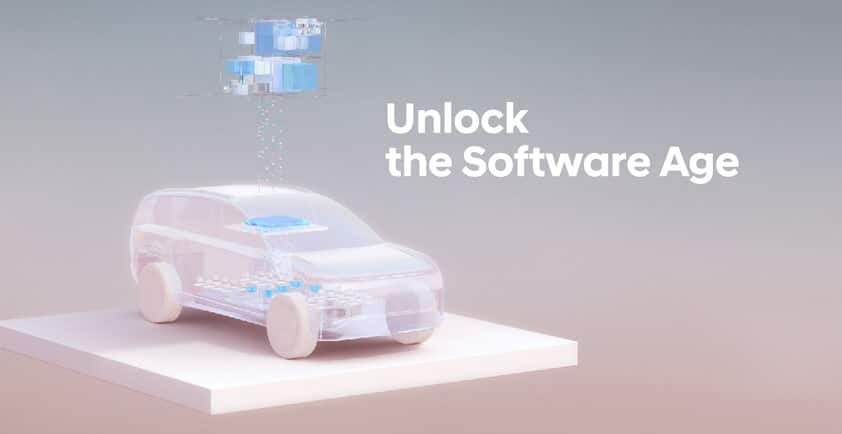 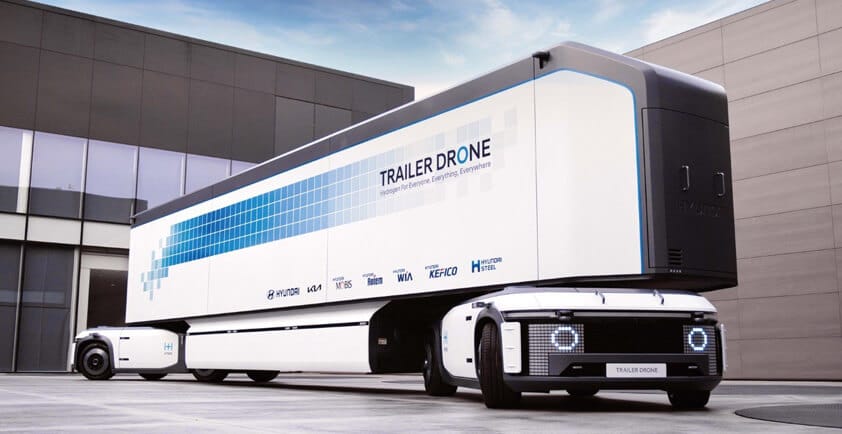 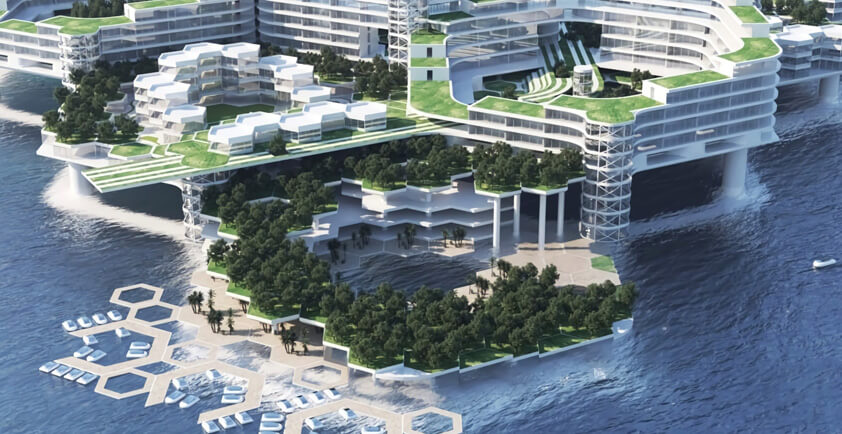