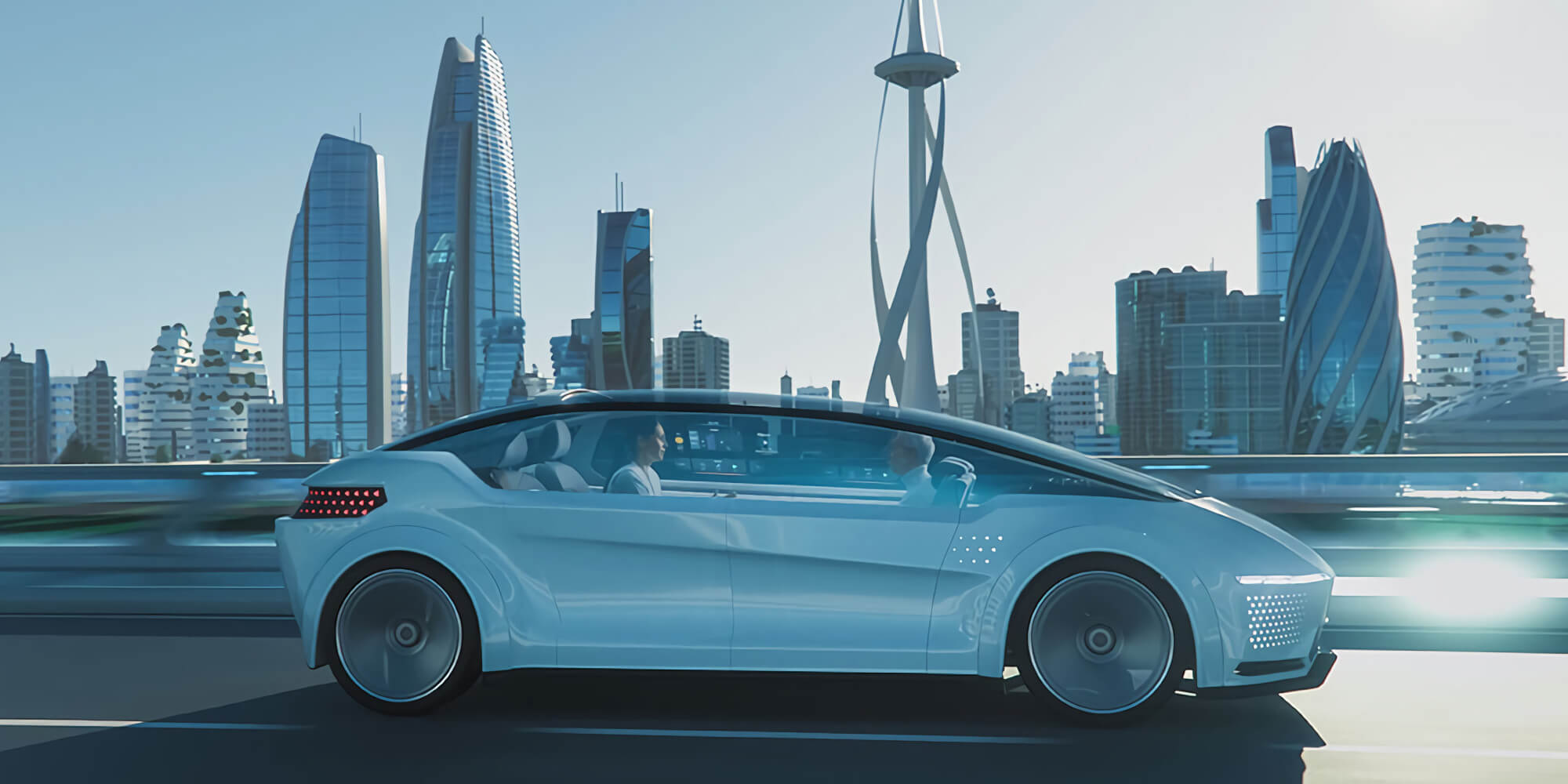 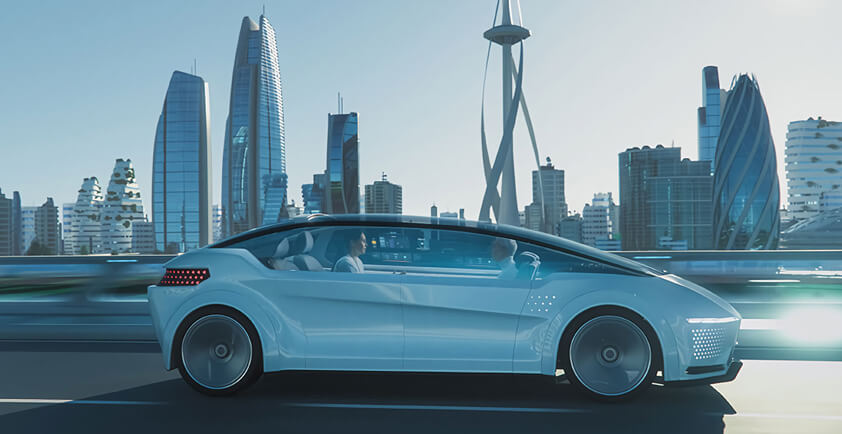 Autonomous driving is all the rage in 2021, with many new players looking to gain a foothold in what promises to be a lucrative market. At this year’s Shanghai Auto Show, for example, a number of Chinese players showcased new LiDAR-enabled cars capable of partially assisted automated driving. One of those that stood out was the Arcfox Alpha S, which is the first car to integrate Huawei’s intelligent automotive platform: Huawei HI.

So will 2021 be the year that autonomous vehicles (AVs) go mainstream? Forbes, among many others, seems to think so.

Unfortunately, that doesn’t mean AVs will be chauffeuring all of us around by the end of the year — we still have a long way to go before that happens. Vehicle autonomy is classified into six levels, where Level 0 indicates no automation and Level 5 indicates full automation. We’re currently hovering around Level 3, meaning that vehicles can detect their surrounding environment and make informed decisions for themselves, such as overtaking slower vehicles. Even so, Level 3 vehicles still require a human in the driver’s seat, ready to take control if anything untoward were to happen.

Given that around 1.35 million people die each year due to road accidents, with a further 20–50 million injured, our roads are in desperate need to be made safer. One way to do that is to remove humans from the equation entirely — after all, human error is the cause of 94% of all serious accidents. Fully autonomous vehicles (i.e., Level 5) do just that: They require no human intervention whatsoever. So jumping in a Level 5 AV will not only bring convenience, it also has the potential to make our roads safer and ultimately save lives.

Traffic lights have been around longer than the car itself. They first appeared in 1868, when they were installed outside the Houses of Parliament in London.

These gas-powered lights were proposed by railway signalling engineer John Knight to alleviate the problems caused by the many horse-drawn carriages at the time. But it wasn’t until the 1900s — with the rise of the motorcar and electricity — that traffic lights really took off.

Despite undergoing several iterations, traffic lights have remained largely the same, albeit illuminated via LEDs today instead of gas. Using a simple three-colour system in most cases, they convey road commands to people in an effective manner.

While the benefits of traffic lights should be obvious (improved safety and traffic flow, among others), they have a few drawbacks. For example, they can cost as much as US$500,000 to buy and install. Add to that the electricity and maintenance costs of US$8000 per year, plus any costs involved in changing the road infrastructure, they’re an expensive necessity that adorn our roads. Eliminating them would save the taxpayer a considerable sum — potentially hundreds of millions of dollars per year.

So as autonomous driving gradually matures, is it time to switch off the lights? Will we still need them if vehicles can communicate with each other?

If autonomous driving leads to the eventual demise of the trusty traffic lights, how will vehicles navigate busy intersections and pedestrian crossings? The answer to this is simple: Vehicles will need to communicate with each other via vehicle-to-everything (V2X) communication. The implementation, however, might be more complex, but that’s outside the scope of this article.

V2X is a wireless-based communication technology that runs over 4G and 5G. Encompassing vehicle-to-vehicle (V2V), vehicle-to-pedestrian (V2P), vehicle-to-infrastructure (V2I), and vehicle-to-network (V2N) communication, V2X — as the name suggests — allows vehicles to communicate with everything necessary to ensure a safe hands-off driving experience.

Although today’s AVs can detect and respond to traffic lights, they rely on sensitive vision systems and complex algorithms to do so. This might be problematic, as the visibility of traffic lights may vary based on weather conditions such as rain or fog, or the lights themselves may even be out of service. V2X — specifically V2I — overcomes this problem by allowing vehicles to “talk” with the road infrastructure and receive real-time instructions.

V2X offers other benefits too: It allows us to design systems that can instruct individual cars rather than signalling all cars at a given intersection, bringing much finer-grained control of traffic flow. For example, slot-based intersections (SIs) could theoretically double traffic capacity while also slashing delays to almost zero. Developed by researchers at the Massachusetts Institute of Technology (MIT), the Swiss Institute of Technology (ETHZ), and the Italian National Research Council (CNR), SIs are similar to systems used in aviation and have quickly gained popularity.

Autonomous driving and its array of different technologies will allow us to completely re-think how we control traffic flow. The possibilities are limited only by our imagination.

What About Other Road Users?

It’s possible that AVs will navigate safely even if we snuff out traffic lights, but although vehicles make up the majority of road users, other users such as cyclists and pedestrians need to use the roads safely too. Will they be the sole reason for keeping traffic lights lit?

Not necessarily. Hans Monderman, a Dutch traffic engineer, believes that removing traffic lights and even signs and curbs would improve road safety by making human drivers more careful. His philosophy — popularly known as “shared space” — has already been implemented in several cities and achieved promising results.

The idea forces humans to be more aware of their surroundings and to use common sense rather than overloading them with a constant barrage of road signs. Would the same be possible for AVs? Perhaps, given the proper technological resources and standardisation. It might even achieve better results than with human-piloted vehicles.

Even so, this approach would probably be limited to certain areas, such as shopping streets in city centres. It’s unlikely to find a place on main roads or motorways, as it requires vehicles to drive at much slower speeds and would reduce traffic flow.

In terms of a technology-based approach, V2P would allow vehicles and pedestrians to communicate in such a way that cars might be able to tell pedestrians when and where it’s safe to cross the road. This might eliminate the need for dedicated crossings entirely, enabling people to cross busy roads safely at any convenient point. At the very least, it would significantly reduce the costs of building and maintaining lights at pedestrian crossings.

It goes without saying that vehicles and pedestrians will have to share the same space. The question is how we achieve that with AVs zipping along and pedestrians wanting to cross the road. Even today, partially autonomous vehicles are able to accurately detect pedestrians and cyclists by using LiDAR sensors, creating a 3D map of the surrounding objects accurate to within just a few centimetres. As technology advances, there’s little doubt that AVs and pedestrians will co-exist harmoniously.

They’ve been a staple on our roads for more than 150 years and have certainly brought significant benefits. Despite the expense involved in installing and maintaining them, the fact that traffic lights save lives and keep vehicles flowing smoothly far outweighs their drawbacks.

While we can only guess whether John Knight himself imagined the impact traffic lights would have, they were intended specifically for human drivers. And as AVs will eventually have no need for us to sit in the driver’s seat — there won’t even be a typical “driver’s seat” — it seems that the time-honoured traffic lights will finally meet their end.

As the lights gradually dim, replaced with new infrastructure designed to communicate with vehicles and people, new markets and opportunities will emerge, requiring industry and global standardisation. So the next time you’re waiting at a traffic light asking yourself “When will the lights change?”, they may well be disappearing entirely in the not-too-distant future — that would be a change indeed. 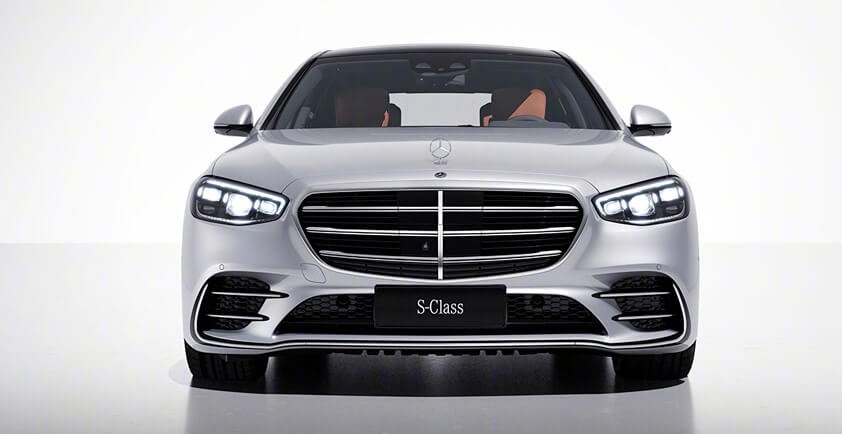 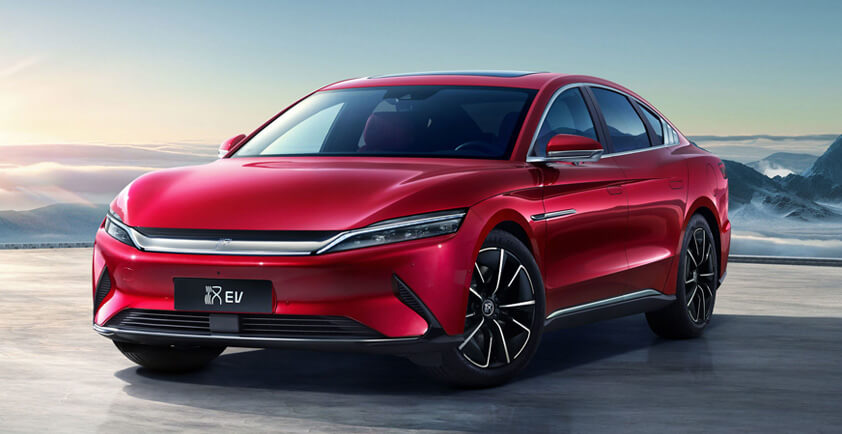 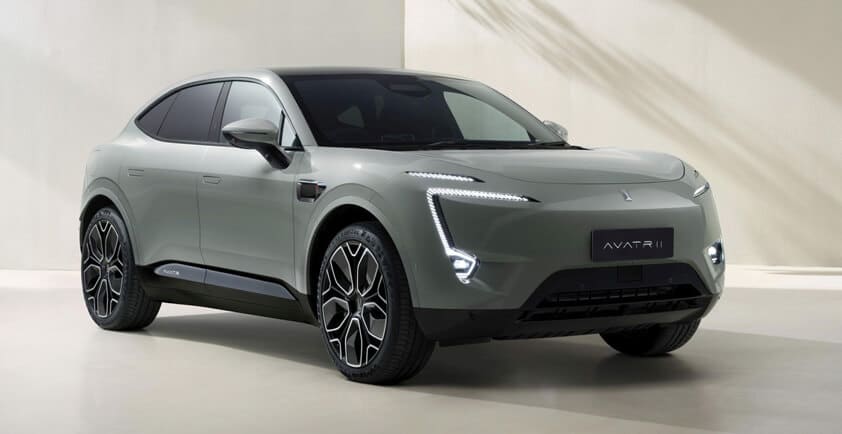 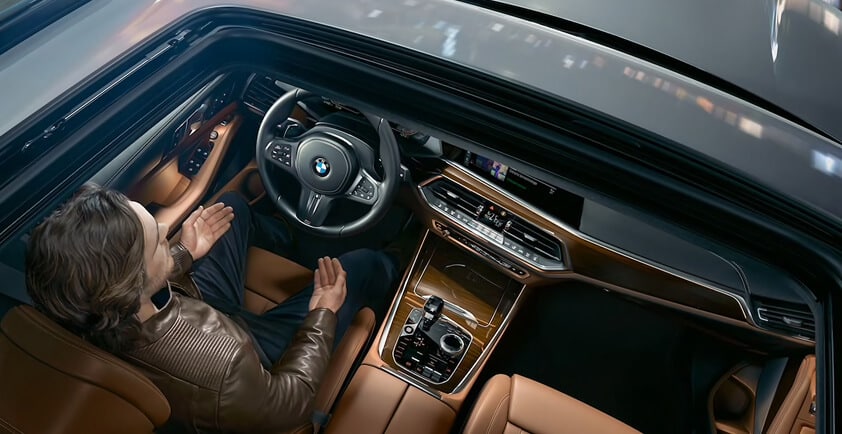 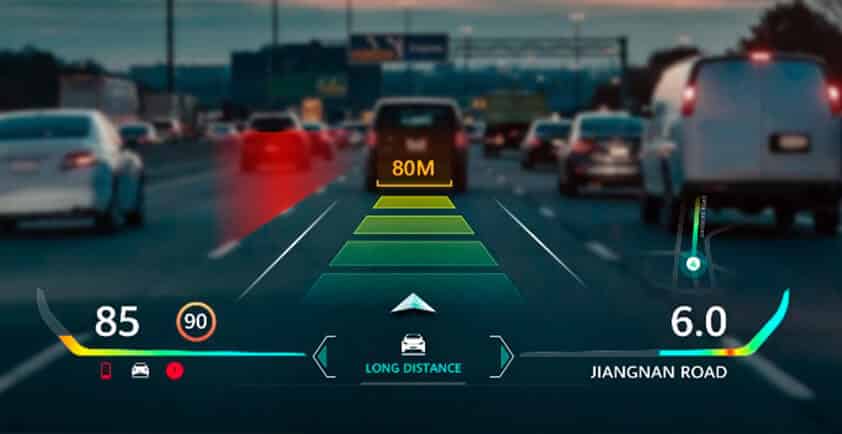 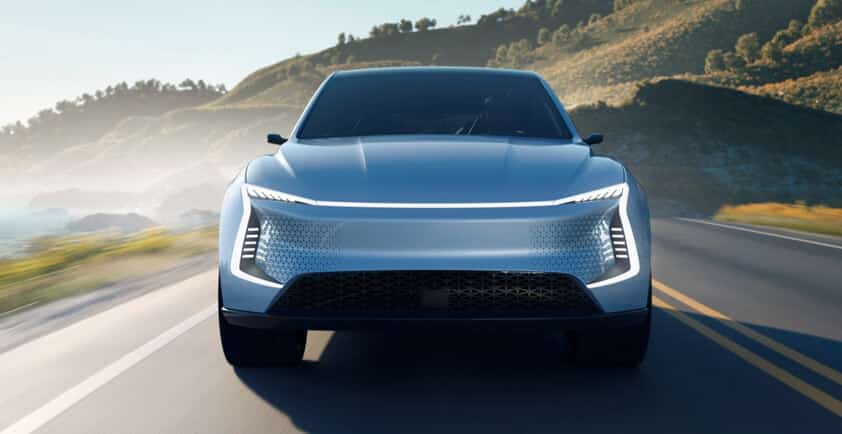 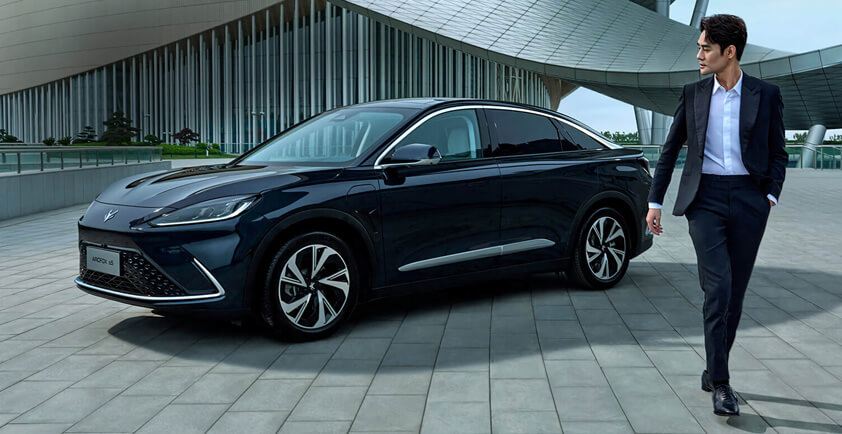 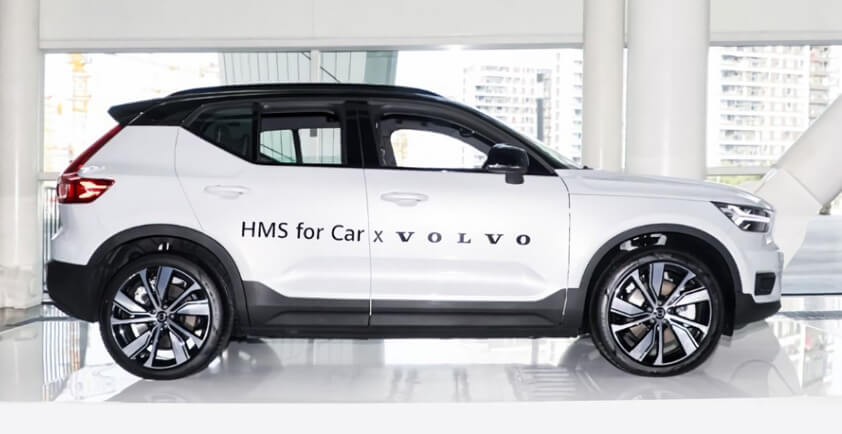