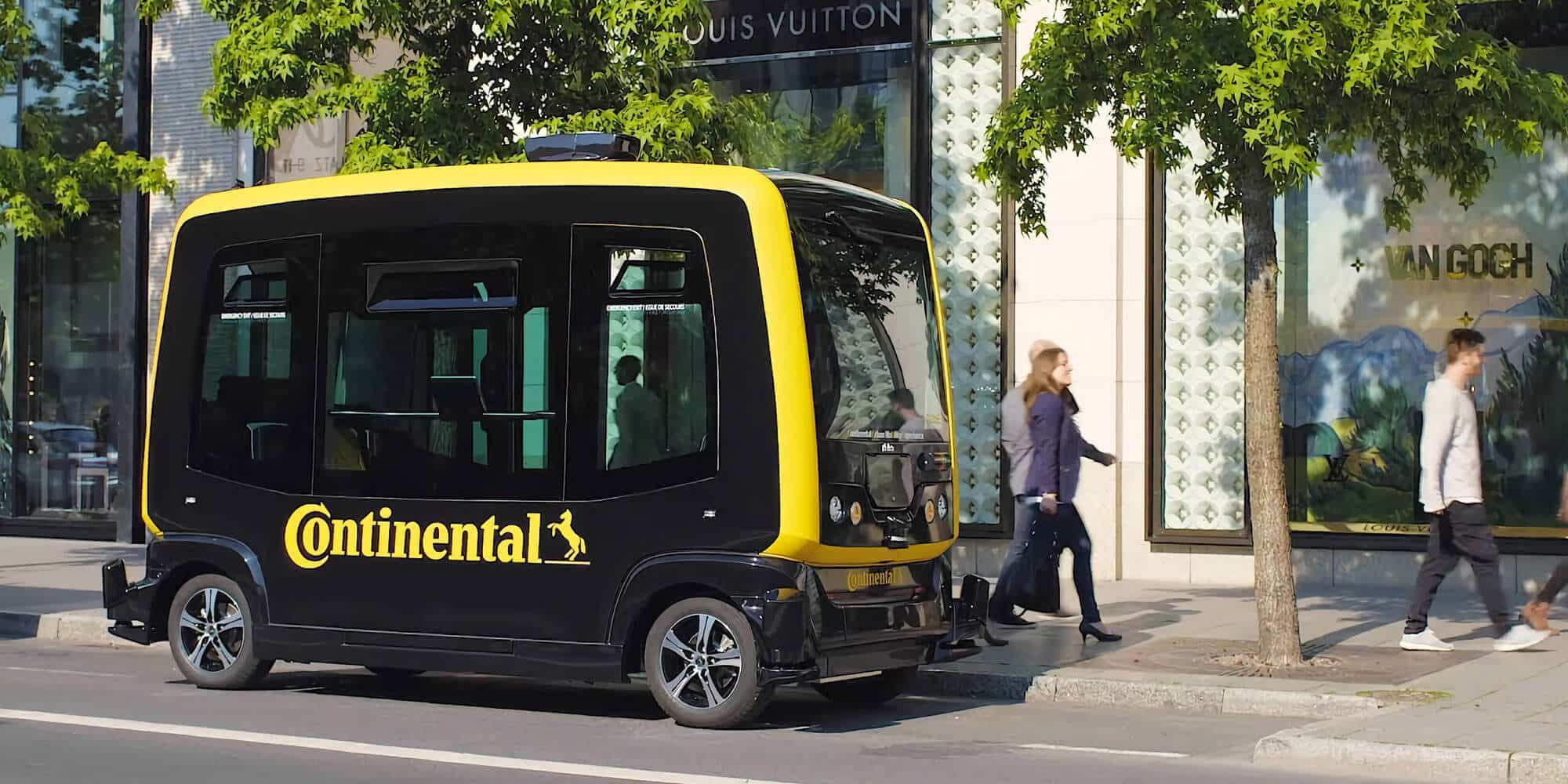 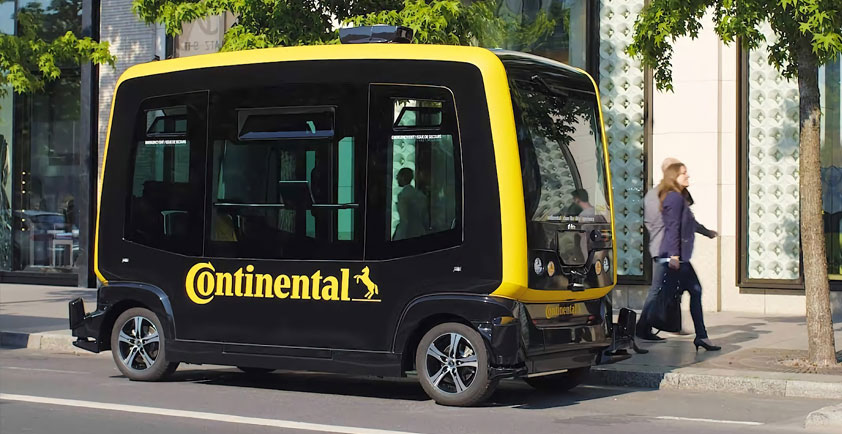 >> Continental technologies such as ABS, radar, and redundant brake system used in series production for robo-taxis for first time

Frankfurt, Germany. Driverless robo-taxis will become an important part of mobility in urban centers, helping to reduce traffic congestion and increase efficiency. Driverless transport systems of this kind are still rare exceptions on our roads today. Small autonomous shuttle buses with room for several passengers – which also qualify as robo-taxis – have driven on short, straightforward public routes during pilot projects and in designated areas at airports, hospitals, universities, and exhibition grounds. The technology that enables these innovative vehicles without steering wheels or pedals to move independently, electrically, and safely is almost entirely available today. At technology company Continental, researchers and developers in Europe, North America and Asia are working to make proven series production technologies suitable for use in robo-taxis. Already this year, Continental’s technology for driverless vehicles will be in production for the first time in French company EasyMile’s EZ10 autonomous shuttle. Continental has held a stake in this driverless vehicle manufacturer since 2017.

“The technological building blocks that enable robo-taxis to operate are available in principle and have been tried and tested in practice. However, we now have to intelligently, safely, and efficiently put them together to form an overall picture,” said Andree Hohm, Director of Driverless Mobility at Continental. The central development platform for this work is the CUbE, a small driverless shuttle based on the EZ10 platform. The aim is not to develop the CUbE into a production vehicle, but to get a range of Continental technologies, such as brake systems and surroundings sensors market-ready so that they can be used in the series production of robo-taxis. Regarding this objective, Andree Hohm said, “Customers developing driverless mobility systems should be able to draw from a wide array of high-performance products and solutions with Continental. We are setting the course for that. At the same time, our global activities are addressing local particularities.”

For a robo-taxi to drive autonomously, it must first detect its surroundings reliably, accurately, and completely. It does this using vehicle surroundings sensors such as cameras, radar, and lasers. With the aid of the CUbE, Continental has developed a production-ready radar system especially for driverless vehicles. The vehicle can generate a 360-degree image of its environment by combining the data from different sensor technologies. This, in turn, ensures redundancy and a higher level of accuracy not previously achieved, because radar systems function independent of visibility conditions and can even see through objects such as parked cars and detect the street corner behind them.

Continental’s radar sensor, which will be used in the EZ10 autonomous shuttle from EasyMile later this year, detects the vehicle’s environment within a radius of up to 200 meters. The vehicle is equipped with a total of seven radar sensors, as well as laser sensors and cameras. This allows the location to be precisely determined and, at the same time, early detection of obstacles and potentially critical situations. Tried-and-tested products from high-volume car production are intelligently networked and adapted to one another to make them suitable for a completely new type of mobility. 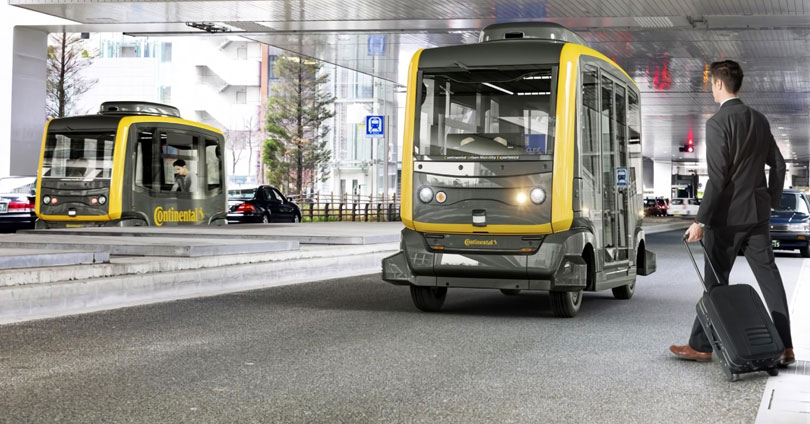 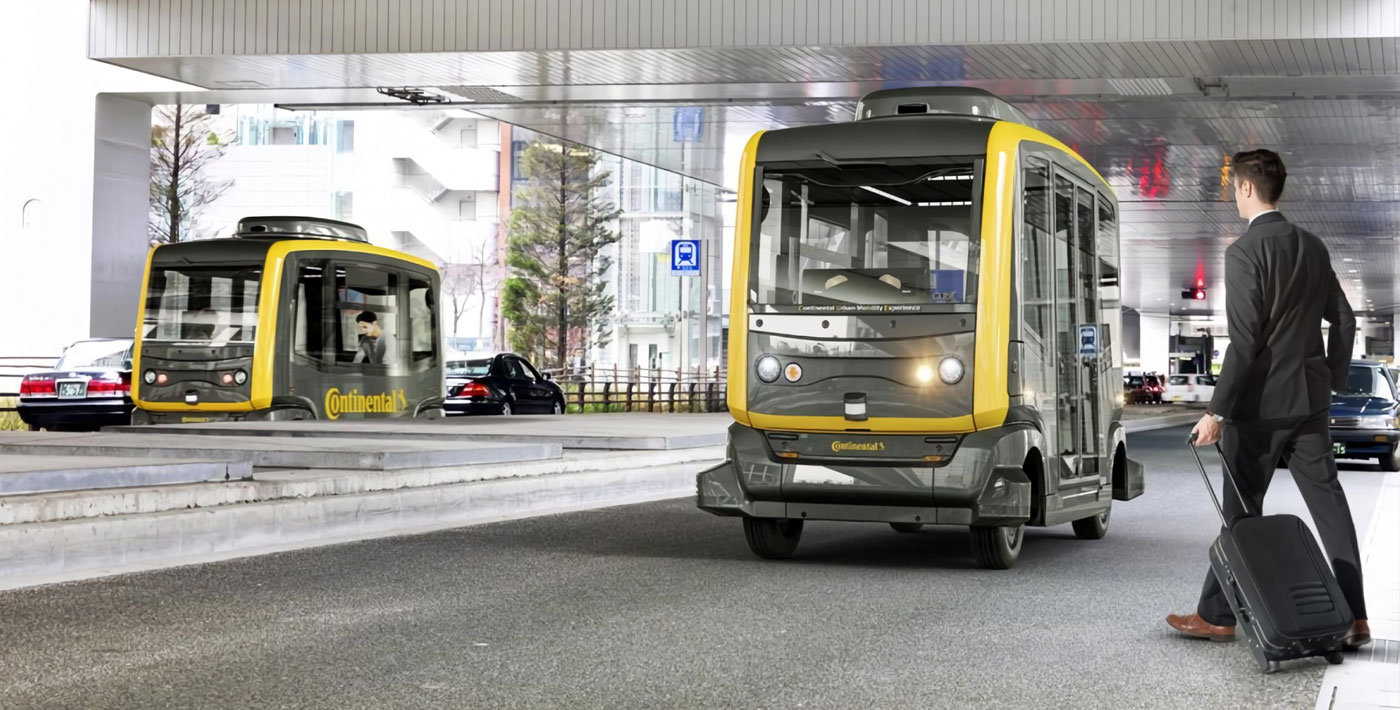 A dual safeguard, at minimum, is not only a necessity for monitoring the surroundings in driverless vehicles, but also for the brake systems. Continental’s portfolio includes suitable technologies, such as the MK C1 one-box brake system, which has been in series production since 2016 and combines ABS, ESC, and a brake booster. For use in autonomous vehicles, the one-box brake system is combined with a Hydraulic Brake Extension that can, in conjunction with ABS, safely brake the vehicle in the highly unlikely event of primary brake failure. Full braking functionality is therefore guaranteed. Both systems are comprehensively tested, industrialized, and reliable. In the new combination, they form the redundant and production-ready MK C1 HAD brake system for highly automated driving and for driverless mobility applications. The MK C1 HAD offers an additional safety benefit in that the electromechanically generated maximum brake pressure is achieved after only 150 milliseconds. This means that automated vehicles without driver intervention can be brought to a standstill more rapidly than would be possible with conventional brake systems.

The ABS function represents an additional feature, because robo-taxis have not been equipped with a system of this type until now. The technology will become especially important when driverless vehicles are on the road in wintry road conditions. Vehicle dynamics systems such as ABS, ESC, and traction control will enable vehicles to pull away safely on icy roads and provide maximum traction on slippery slopes or during braking.

In addition, robo-taxis in the form of small buses are typically higher and have a higher center of gravity than conventional cars to allow passengers to enter and exit the vehicle comfortably in an upright position. This is where a predictive driving dynamics system comes into play to ensure safe and stable handling in bends. This, too, is part of the range of innovative and high-performance vehicle control systems from Continental.

Research at locations worldwide with a single objective: the robo-taxi of the future

The development of these and other technologies for driverless vehicles is being advanced by a global network comprising a total of five Continental centers of excellence in Germany, China, Japan, Singapore, and the U.S. At these locations, research and development work is carried out with different emphases, but all make use of the CUbE platform and always with an eye on the common goal of providing suitable technologies for future generations of safe and efficient robo-taxis. In closed-off areas, such as on a company premises or on special routes in clearly defined urban areas, driverless mobility services are already in operation today. However, it is likely to take another decade or so before robo-taxis become a common sight in normal traffic. Numerous additional development steps will be necessary to make the vehicles safer and more suitable for everyday use. One of these development steps are real-life pilot operations where development opportunities for fully autonomous driving in urban areas are investigated.

For this purpose, Continental, EasyMile, Oakland University, and the City of Auburn Hills in Michigan are set to implement the pilot deployment of an autonomous shuttle thanks to a grant from Michigan’s PlanetM mobility initiative, which supports companies in testing their technologies for future mobility. The pilot will begin in late August and last up to six months. The driverless shuttle will be deployed on the grounds of Oakland University, which is a sprawling and hilly college campus where navigation between buildings can be a challenge for students and faculty. The autonomous shuttle pilot service is a perfect solution for everyone who uses the campus.

During the pilot, Continental will integrate its Zonar technology, which enables vehicle inspections via the RFID technology EVIR. The EVIR system captures, transmits, and records inspection, compliance, and maintenance data to the operator. Moreover, the Zonar Z Pass technology detects where and when the passengers enter and exit the vehicle. The aim of this pilot project is to gather experience in the operation of driverless vehicles and to collect valuable, empirical data that will be integrated in the technological development of these vehicles.

Furthermore, the technologies necessary for this purpose must be designed in a manner suitable for production on an industrial scale. From a regulatory and social viewpoint there are still several questions that need to be clarified and solutions developed before robo-taxis become widely established in the streetscape. Andree Hohm said, “Driverless vehicles are a revolution, and this revolution will and must take place in evolutionary steps.” 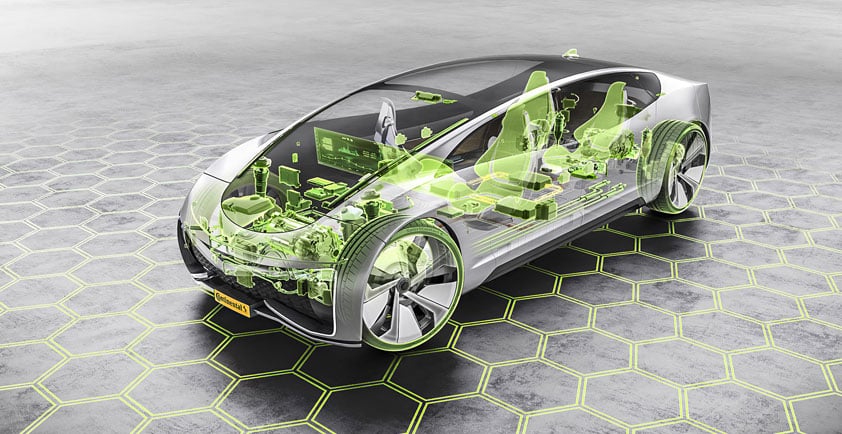 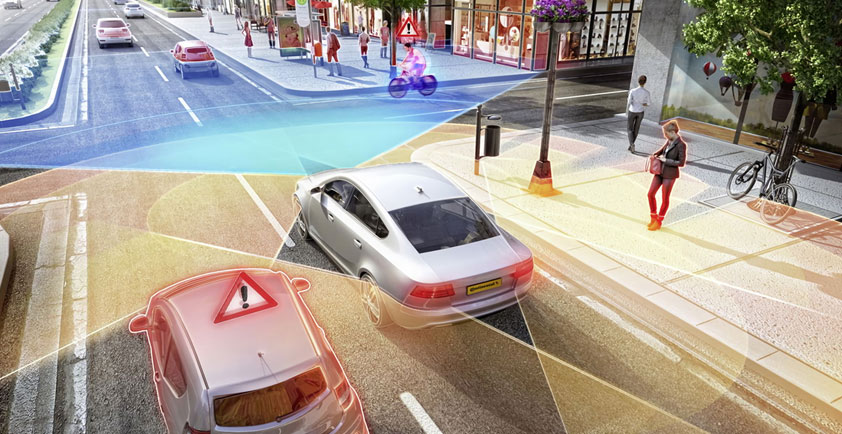 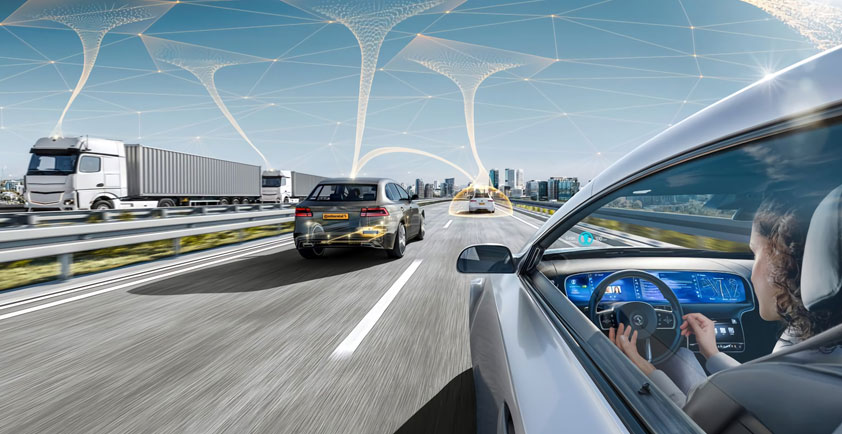 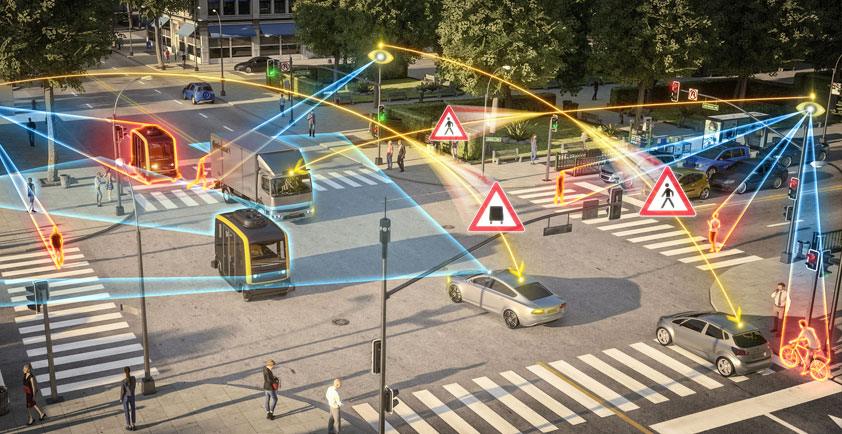 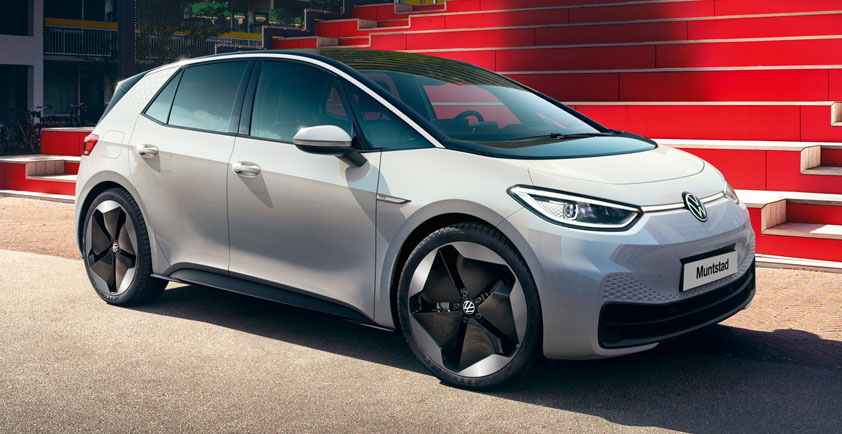 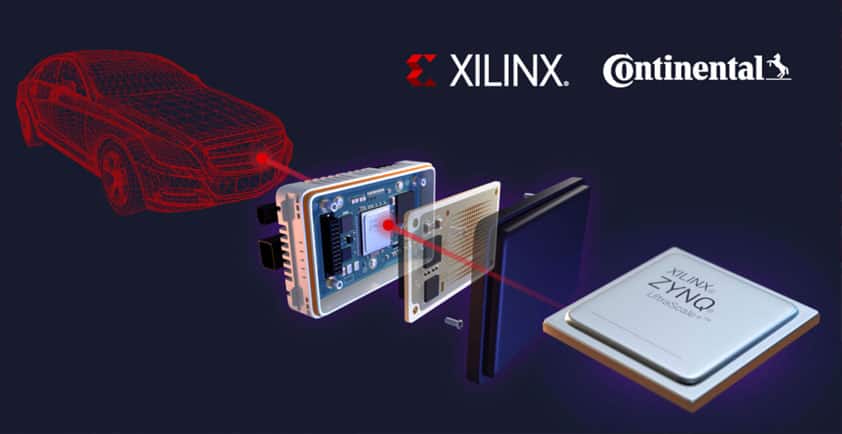 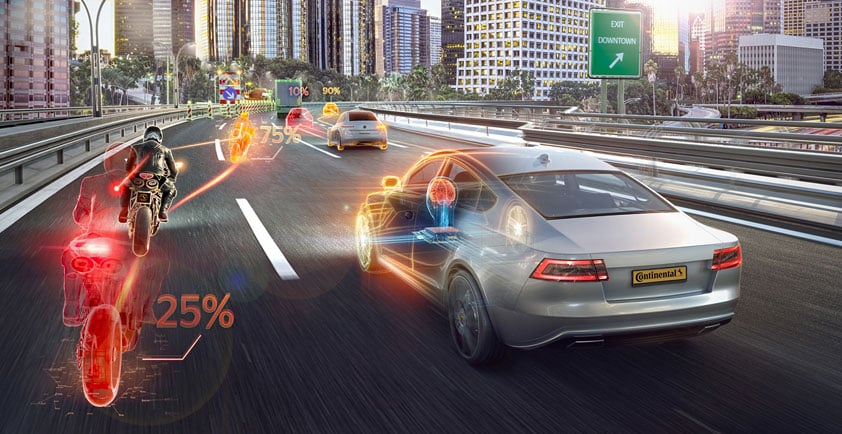 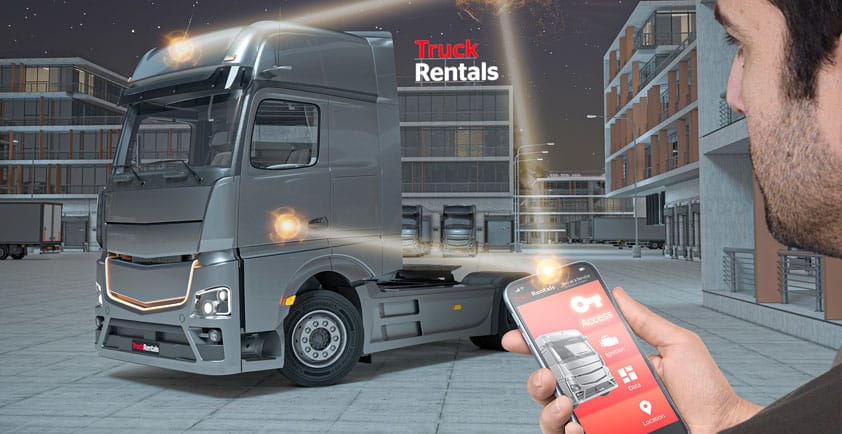 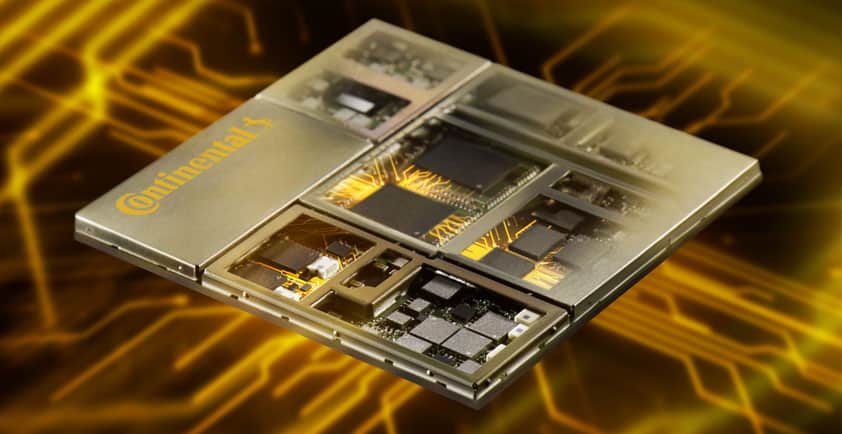 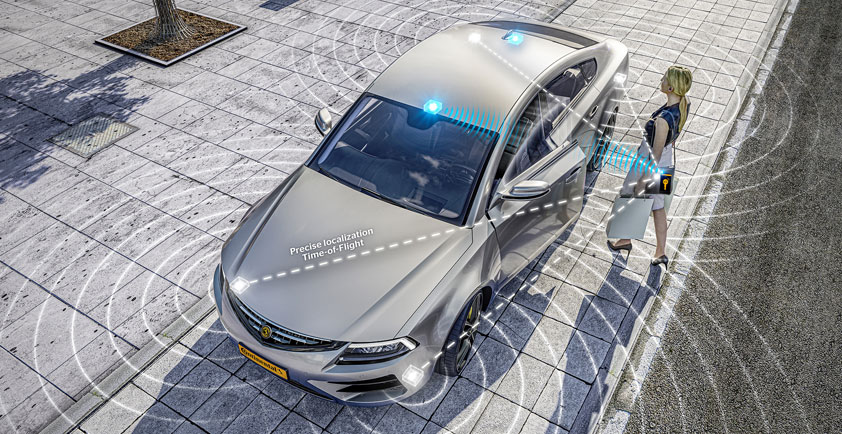 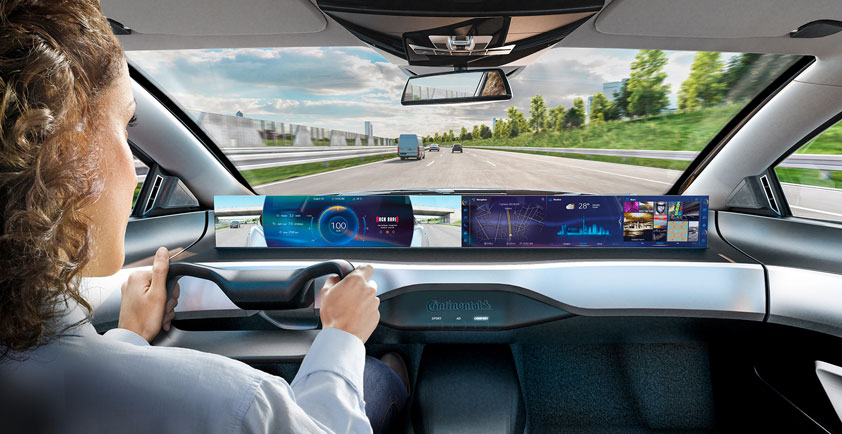