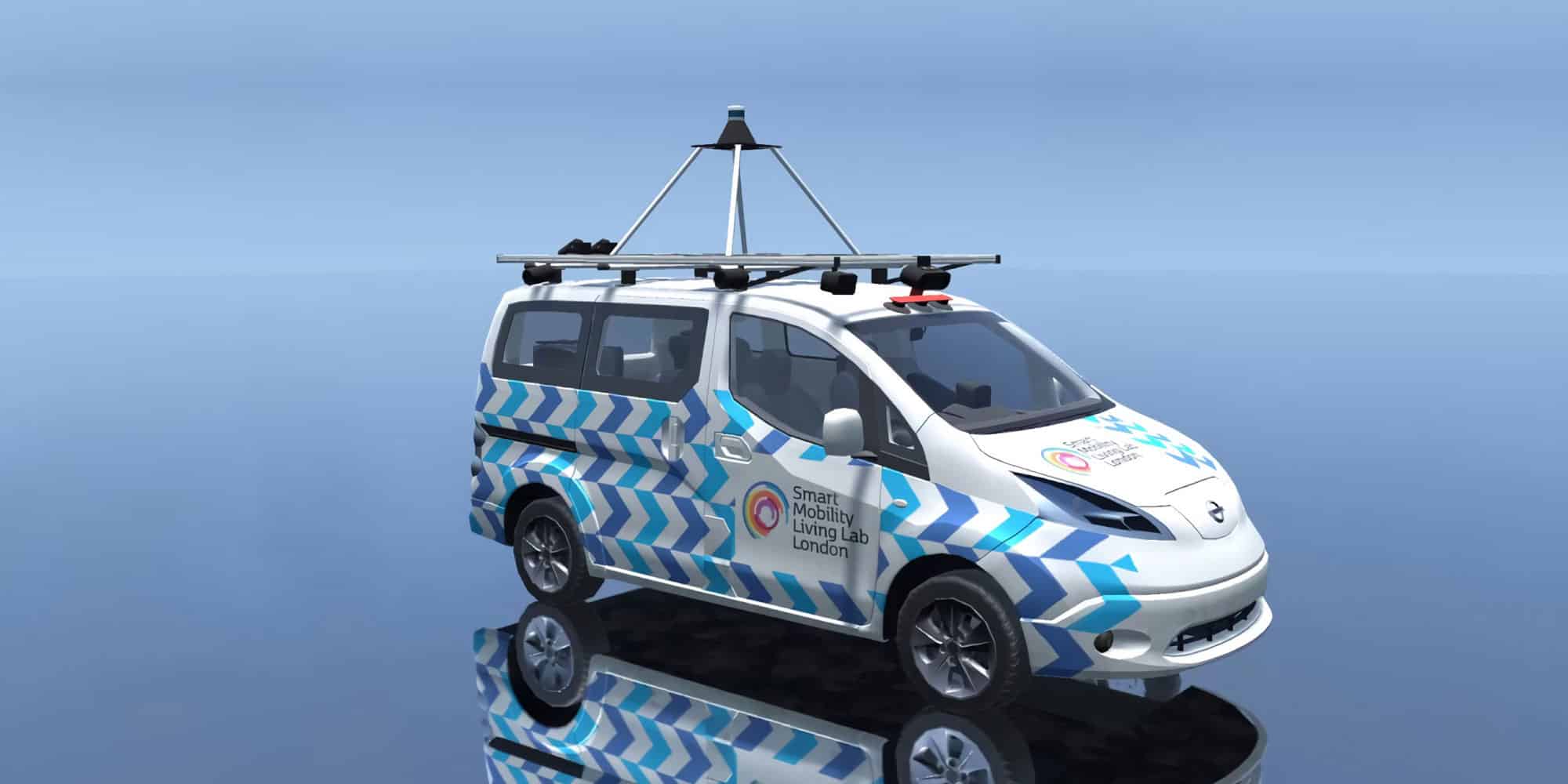 CONNECTED INFRASTRUCTURE: ANOTHER MILESTONE ON THE ROAD TO DRIVERLESS CARS

The O2 Arena, the London Stadium, the East Village – even a recent IKEA.

Over the last twenty years, the streets of the Royal Borough of Greenwich and the Queen Elizabeth Olympic Park have seen many new developments.

And recently, we at the Smart Mobility Living Lab have been making our own mark, by creating a testbed for connected and autonomous vehicles (CAVs).

If you visit the sites being developed, you might see lamp columns being fitted on the roadside, a datacentre being installed or even the final licks of paint being applied to our headquarters in Woolwich.

But you won’t see vast, enclosed construction sites. Because this is a new kind of testbed.

We’ve been installing technology along 24km of roadways in the heart of London for vehicles to be tested on existing, public roads, that remain open to everyone.

SMLL has been created thanks to a large consortium of organisations. But in this blog, I’d like to focus specifically on the work of the Cisco team, in delivering the infrastructure to power driverless vehicles.

The connectivity for CAVs

To the naked eye, the streets of Greenwich and Stratford might not look too different ahead of the arrival of connected and autonomous vehicles.

But the technology – and specifically the connectivity – needed to power CAVs is extensive. And creating this infrastructure is where Cisco has come in.

Every autonomous vehicle will need to be able to detect and respond virtually instantly to conditions on the road, by sharing and reading huge volumes of information.

The roads will need connectivity that’s second to none: an environment combining extremely low latency and bandwidth with the capacity to process enormous amounts of data.

Over the last year, we’ve been coordinating the implementation of technology on the streets of Stratford and Greenwich, to ensure this critical data can be transferred reliably and securely.

A virtual infrastructure on real roads

So, what does the infrastructure for driverless cars actually look like?

Over the past two years, we’ve overseen the installation of 20km of private fibre network.

This will link 34 roadside cabinets, containing routers ready for the next generation of wireless technology, 5G.

Along the roadside, there are 32 vehicle-to-everything (V2X) units, which together with the cars themselves will facilitate the vehicle to infrastructure communications.

We’ve also installed 273 HD cameras on the route, and an advanced datacentre in the headquarters to process all of this vital information.

It has taken a lot of components – and lots of time. But now, we have 24km routes for putting CAVs to the ultimate test: driving in London!

The basis for bigger questions

Connectivity is of course just one element in creating a viable testbed – just as technology is only one part of making driverless cars work for us all.

And while our team at Cisco has led on the infrastructure delivery, our consortium partners have all made equally valuable contributions.

Thanks to the participation of TRL, Transport for London, Loughborough University, Cubic and DG Cities, the testbed will form the basis for bigger questions about CAVs.

How will cars and pedestrians interact? Where will we allow vehicles to operate? Will CAVs ever be entirely driver-free?

More broadly, what opportunities can we unlock in sectors like retail, utilities, energy, insurance and of course automation?

Our consortium has come together to be bigger than the sum of its parts, and by addressing these questions SMLL will no doubt make a significant contribution to the future of mobility.

Near the finish line

At SMLL, we firmly believe that real-world testing is critical to creating CAV solutions ready for use on the roads.

A vehicle that performs perfectly on a track or even the neat grid system of an American city may find roundabouts, cyclists and even bold pedestrians a much more difficult prospect.

SMLL has been working together since 2017 – and soon, stakeholders from across the CAV world will be able to come to trial their technology, with the real-world testing and collaboration that has been at the heart of this project.

The streets of Stratford and Greenwich might not look too different, but the roads will be playing a vital role in the journey towards the future of mobility.

At Cisco, we’re incredibly proud to have contributed to the connectivity that’s vital to this system.

And with just a few more installations, we’ll close in on this new milestone in the development of CAVs.