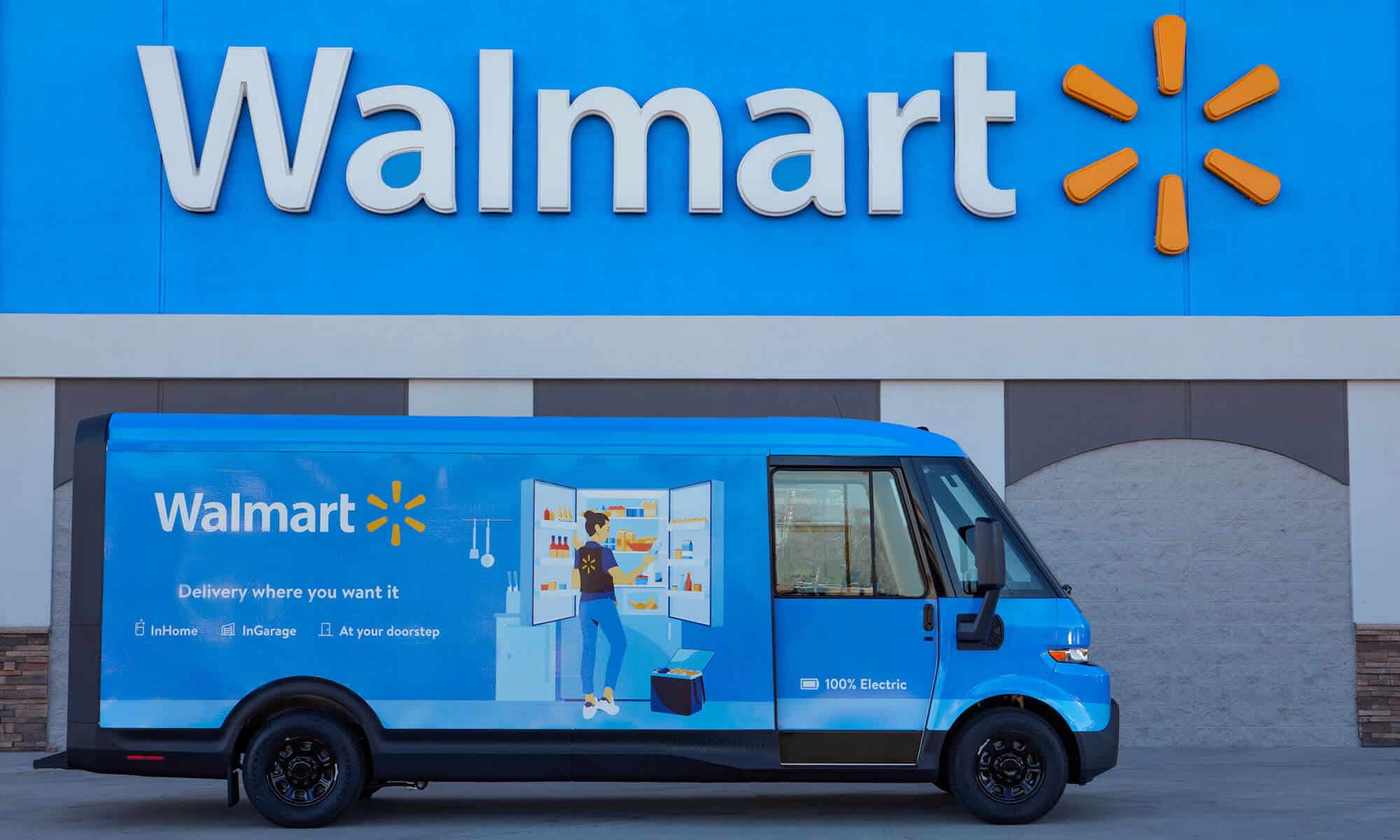 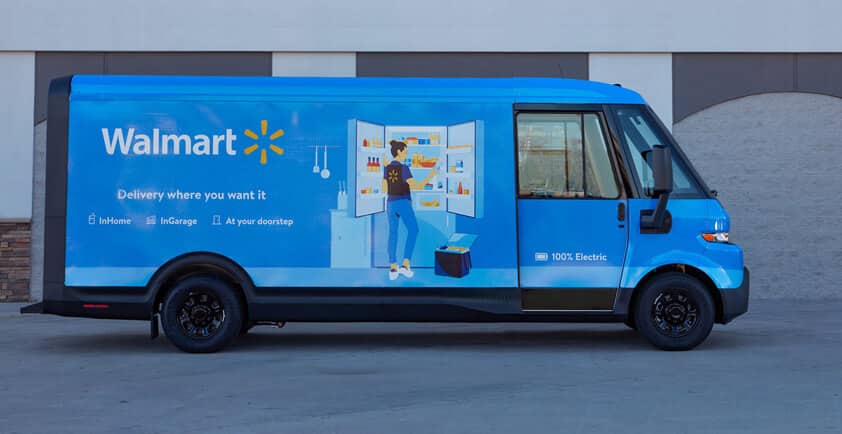 >> In just one year since the company’s launch, BrightDrop starts 2022 with strong momentum from substantial EV reservations

DETROIT – At CES today, BrightDrop, the technology company decarbonizing last-mile delivery, announced it is adding Walmart to its growing roster of customers, and expanding its relationship with FedEx. Walmart signed an agreement to reserve 5,000 of BrightDrop’s EV600 and smaller EV410 electric delivery vans to support the retail giant’s growing last mile delivery network and goal of operating a zero-emissions logistics fleet by 2040.

FedEx has signed an agreement with BrightDrop reserving priority production for 2,000 electric delivery vans over the next few years. This agreement adds to FedEx’s initial reservation of 500 BrightDrop EVs announced last year. In addition, FedEx is working on a plan to add up to 20,000 more in the years to follow, subject to further negotiations and execution of a definitive purchase agreement. FedEx also unveiled plans to expand its testing of BrightDrop’s EP1 electrified container to 10 markets beginning in 2022.

Both moves demonstrate growing momentum for BrightDrop’s electric delivery solutions, with two major Fortune 500 companies announcing their intent to adopt BrightDrop’s electric delivery vans as part of their 2040 sustainability goals. BrightDrop President and CEO Travis Katz and GM Chair and CEO Mary Barra were joined virtually during the CES 2022 keynote by Walmart CEO Doug McMillon and FedEx Express Regional President of the Americas and EVP Richard Smith, to make the announcement. BrightDrop publicly launched as a business at CES 2021 and the company’s first EV600 electric light commercial vehicles were delivered to FedEx last month. The EV600, built on GM’s Ultium Platform, was conceived in just 20 months prior to initial deliveries to FedEx, making it the fastest vehicle to market in GM’s history.

"BrightDrop's mission is to decarbonize the world’s deliveries. We leverage the best of two worlds -- the innovation, agility, and focus of a technology start-up with the engineering and manufacturing might of General Motors,” said Katz. “This combination, coupled with BrightDrop’s holistic solution set, gives us powerful advantages that uniquely position us to support the world’s largest delivery companies, like Walmart and FedEx, with their robust sustainability goals. Today’s commitments showcase our ability to power the electrification journey of some of the world’s biggest companies."

"As important as it is that we save our customers time and money through convenient delivery options, it’s just as important that we focus on creating a more sustainable last mile delivery fleet that avoids emissions,” said Tom Ward, senior vice president of last mile, Walmart U.S. “BrightDrop’s proven ability to bring a sustainable electric van to market makes them a great partner to support our growing InHome delivery service, and we look forward to continue driving our goal of operating a 100 percent zero-emissions logistics fleet by 2040."

Walmart plans to use BrightDrop electric vans as part of its InHome delivery service, which the retailer announced today it will be rapidly expanding, going from InHome being available to 6 million households to making it accessible to 30 million U.S. households by the end of the year. Launched in 2019, Walmart’s InHome delivery service is designed to give time back to families by using highly trained associates to deliver fresh groceries and everyday essentials directly into the customer’s kitchen or garage refrigerator. To support the growth of InHome, this year the company will hire more than 3,000 associate delivery drivers and will equip them with an all-electric fleet of delivery vans to support the retailer’s goal of operating a 100 percent zero-emissions logistics fleet by 2040. BrightDrop’s electric vans may begin hitting the road for Walmart deliveries as early as 2023. The retailer also plans to use electric vans to enable secure and low-emissions deliveries for third-party retailers and brands via Walmart GoLocal, Walmart’s white-labeled delivery as a service business unveiled earlier this year. 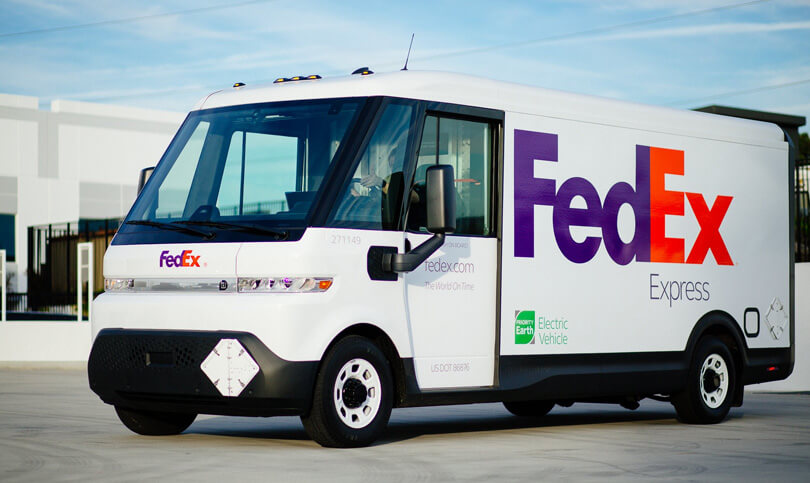 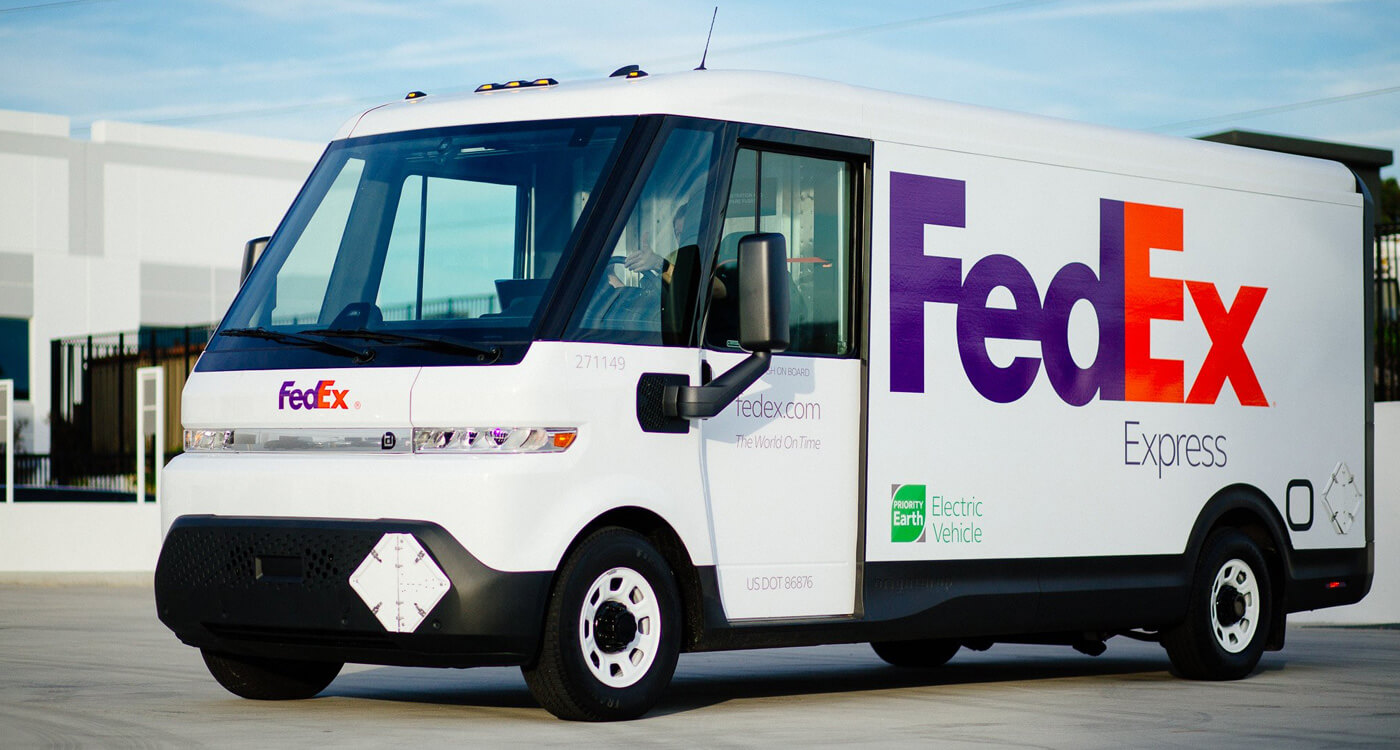 "FedEx remains full speed ahead in taking the next steps to electrify our pickup and delivery vehicle fleet, which is a critical component in our ambitious goal to achieve carbon-neutral operations globally by 2040,” said Smith. “With the collaboration and innovative technology of companies like GM and BrightDrop, we will continue to meet the world’s increasing transportation needs in more environmentally sustainable ways for our customers, shareholders and communities."

As FedEx works toward its goal to achieve carbon neutral operations globally by 2040, the company has set a target to electrify their entire parcel pickup and delivery fleet. To achieve that goal, FedEx envisions adding hundreds of thousands of medium electric delivery vehicles over the next two decades.

Following a Toronto-based pilot announced in January 2021, which saw a 25 percent increase in package deliveries per day when using BrightDrop’s EP1 electric container, BrightDrop today announced the completion of a second pilot with FedEx in New York City. In this limited pilot, the integration of BrightDrop’s EP1 allowed FedEx Express couriers to increase package deliveries by 15 percent per hour, remove one on-road vehicle from the delivery route and cut delivery vehicle curbside dwell time in half, when used on routes in a high-density, vertical urban environment – all while reducing physical strain on couriers. FedEx plans to expand the EP1 testing to 10 markets beginning in 2022.

CES 2022: MAKING THE MOST OF YOUR DRIVE WITH GOOGLE

Google’s vision of helpfulness on the road is to provide a safe and seamless connected experience.

REE Automotive Ltd., today announced it is commencing trials of its all-new P7 ..

Digital twin enables real-time, digital representation of the car in cloud and transforms the in-car ...

Fisker Inc. – passionate creator of the world's most sustainable electric ...

As a highlight from the CES exhibit floors, attendees get ...

Samsung has become one of the car industry’s main component suppliers ...

Today, Chevrolet introduced the 2024 Silverado EV — the reimagining of the brand’s best-selling nameplate ..

Today, the geolocation tech company announced that Amazon Music has ...

At CES 2022, Sony announced and exhibited an SUV-type prototype vehicle (VISION-S 02) as a new form factor. This vehicle uses ...