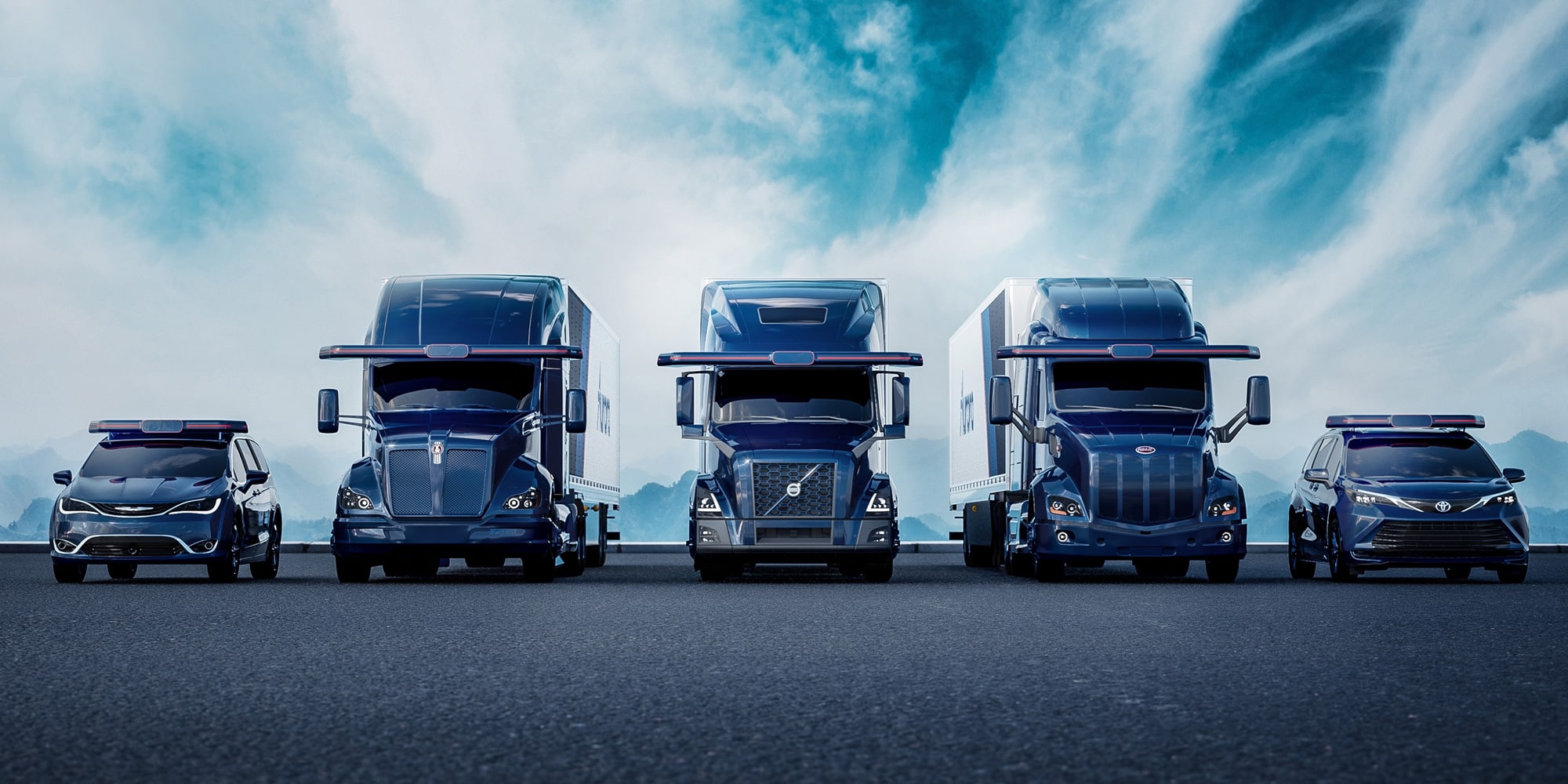 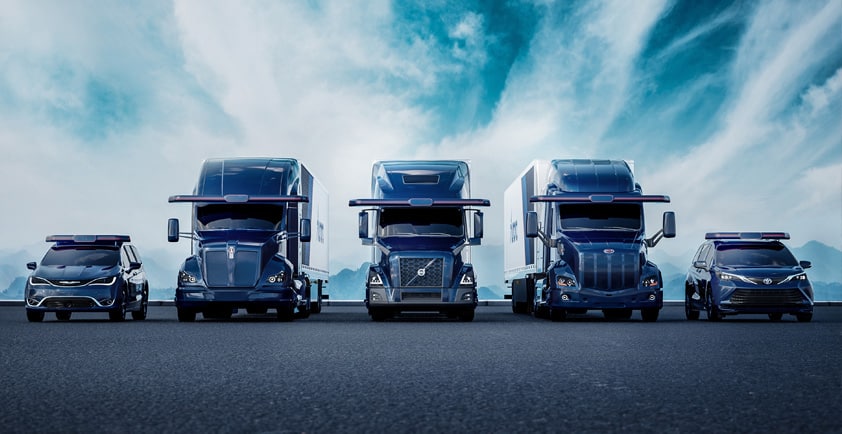 IN MAJOR STEP TOWARD COMMERCIALIZING SELF-DRIVING TECHNOLOGY, AURORA TO BECOME A PUBLIC COMPANY BY MERGING WITH REINVENT TECHNOLOGY PARTNERS Y

>> Aurora expected to have $2.5 billion in cash at closing, raising nearly $2 billion from the transaction including a committed PIPE of $1 billion at a pre-transaction equity value of $11 billion

>> Positioned to capture both the trucking and passenger mobility market, Aurora is partnered with PACCAR, Volvo Group, Uber, and Toyota

PITTSBURGH -- Aurora, the self-driving technology company, has entered into a definitive business combination agreement with Reinvent Technology Partners Y (“Reinvent”), a special purpose acquisition company with the sponsor team that takes a “venture capital at scale” approach to investing. Upon closing of the proposed transaction, the combined company will be named Aurora Innovation, Inc. and be publicly traded, with its common stock expected to be listed on Nasdaq with the ticker symbol AUR.

Founded in 2017 by self-driving luminaries Sterling Anderson, Drew Bagnell, and Chris Urmson, Aurora is on a mission to deliver the benefits of self-driving technology safely, quickly, and broadly. Led by a management team with deep technical and industry experience, the approximately 1,600 Aurora employees are developing next-generation technology and building the business to bring it to market at scale.

“Our goal at Aurora is to make the movement of goods and people more equitable, productive, dependable, and—crucially—much safer than it is today,” said Chris Urmson, Co-Founder and Chief Executive Officer of Aurora. “By combining with Reinvent and with this incredible group of investors, we are even closer to deploying self-driving vehicles and delivering the benefits this technology offers the world.”

“We believe Aurora will be the first to commercialize self-driving technology at scale for the U.S. trucking and passenger transportation markets based on its industry-leading team, technology and partnerships,” said Mark Pincus, Co-Founder and Director of Reinvent Technology Partners Y.

The Aurora Driver is being developed as an L4 autonomous driver system that’s designed to power multiple vehicle types, from passenger sedans to Class 8 trucks, to move safely and efficiently through the world without a human driver. Aurora’s industry-defining technology was developed to accelerate progress toward the wide-scale deployment of the Aurora Driver. Aurora’s technical investments across the self-driving stack are extensive, and include for example, its holistically designed and deeply integrated hardware and software, including its long-range, multi-modal sensing suite with FirstLight Lidar. Other examples include its robust Virtual Testing Suite, next-generation approaches to perception and decision-making, and its HD mapping system, the Aurora Atlas. 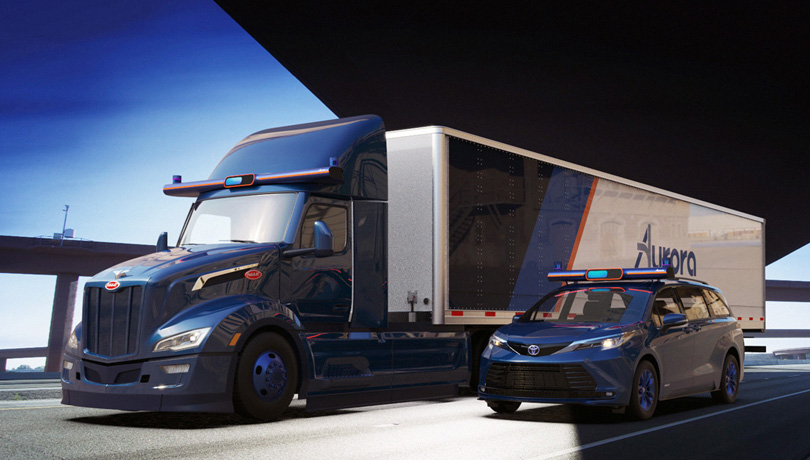 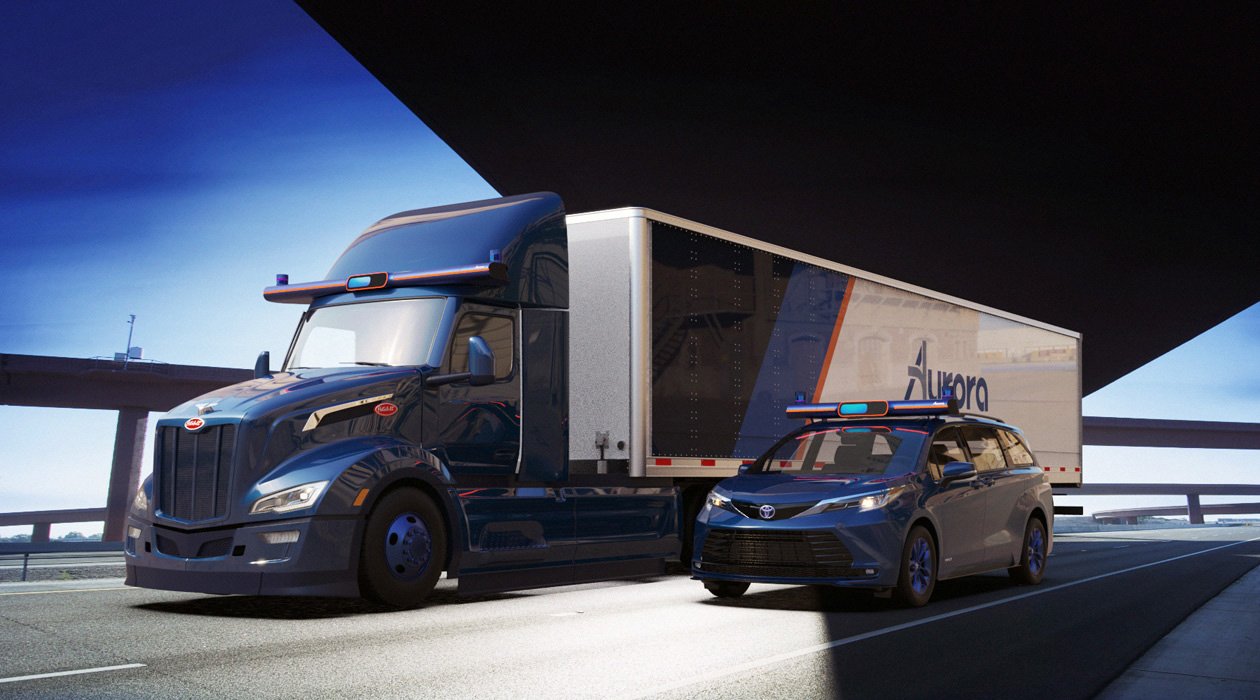 Aurora expects to launch first in trucking, a $700 billion market with attractive unit economics, in late 2023. Leveraging the self-driving capabilities matured in trucking, Aurora is expecting to rapidly expand into adjacent verticals including last-mile delivery and ride-hailing.

Delivered as a service, and built for scale, the Aurora Driver is positioned to address the industry’s most compelling opportunities in the enormous $9.4 trillion global trucking, last-mile delivery, and ride-hailing market. Aurora is working to increase access to transportation, increase the speed and efficiency of moving goods, and make the movement of goods and people safer.

Aurora’s truck manufacturing partners, Volvo Group (which includes Volvo Autonomous Solutions) and PACCAR (which includes the Peterbilt and Kenworth brands) collectively represent approximately 50 percent of the Class 8 trucks sold in the U.S. market. As long-term committed partners, Volvo and PACCAR will help accelerate the development, validation, and deployment of self-driving trucks. Aurora is also expected to scale rapidly in passenger mobility with the support of Toyota, the world’s #1 OEM supplier, and Uber, the largest ride-hailing network globally by market-cap.

Reinvent believes in structuring its transactions to ensure long-term alignment with the companies in which it invests. Consistent with this approach, Reinvent and Aurora have agreed to a lock-up on founder shares held by Reinvent’s sponsor and its directors for up to four years. Certain major stockholders, key executives and board members of Aurora have agreed to a similar lock-up on their shares and priced-based vesting for Reinvent sponsor shares.

The proposed transaction is expected to close in the second half of 2021, subject to the satisfaction of customary closing conditions, including the approval of shareholders of Reinvent and the stockholders of Aurora. Following the closing of the proposed transaction, Aurora expects that Mr. Hoffman will remain a member of its board of directors.

Existing Aurora stockholders are expected to own approximately 84 percent of the pro forma combined company following the close of the proposed transaction.

Additional information about the proposed transaction, including a copy of the merger agreement and investor presentation, has been provided in a Current Report on Form 8-K filed by Reinvent today with the Securities and Exchange Commission (SEC) and available at www.sec.gov. In addition, Reinvent intends to file a registration statement on Form S-4 with the SEC, which will include a proxy statement/prospectus, and will file other documents regarding the proposed transaction with the SEC.

Founded in 2017 by experts in the self-driving industry, Aurora is on a mission to deliver the benefits of self-driving technology safely, quickly, and broadly. To move both people and goods, the company is building the Aurora Driver, a platform that brings together software, hardware and data services to autonomously operate passenger vehicles, light commercial vehicles, and heavy-duty trucks. Aurora is backed by Sequoia Capital, Baillie Gifford, funds and accounts advised by T. Rowe Price Associates, among others, and is partnered with industry leaders including Toyota, Uber, Volvo, and PACCAR. Aurora tests its vehicles in the Bay Area, Pittsburgh, and Dallas. The company has offices in those areas as well as in Bozeman, MT; Seattle, WA; Louisville, CO; and Wixom, MI. To learn more, visit www.aurora.tech.

The Arrival Car will be designed to be an affordable, purpose-built electric vehicle for ride-hailing ..

Aiways, the Shanghai-based personal mobility provider, has revealed new images of its next electric vehicle, the Aiways U6. Showcasing the X-type shark nose design ..

WAYMO - TRANSFORMING MOBILITY WITH THE CONFIDENCE OF WORLD-CLASS INVESTORS

As we build, deploy, and commercialize the Waymo Driver, it’s gratifying to see ...

Today, we are releasing our second Safety Report. It focuses on how we’ve designed and incorporated over 100 safety innovations ...

Ryder maintenance facilities in the Southern U.S. to serve as terminals ..

FedEx and Nuro are working together to test autonomous, multi-stop ...

Cruise, a majority-owned subsidiary of General Motors, has secured a new ...