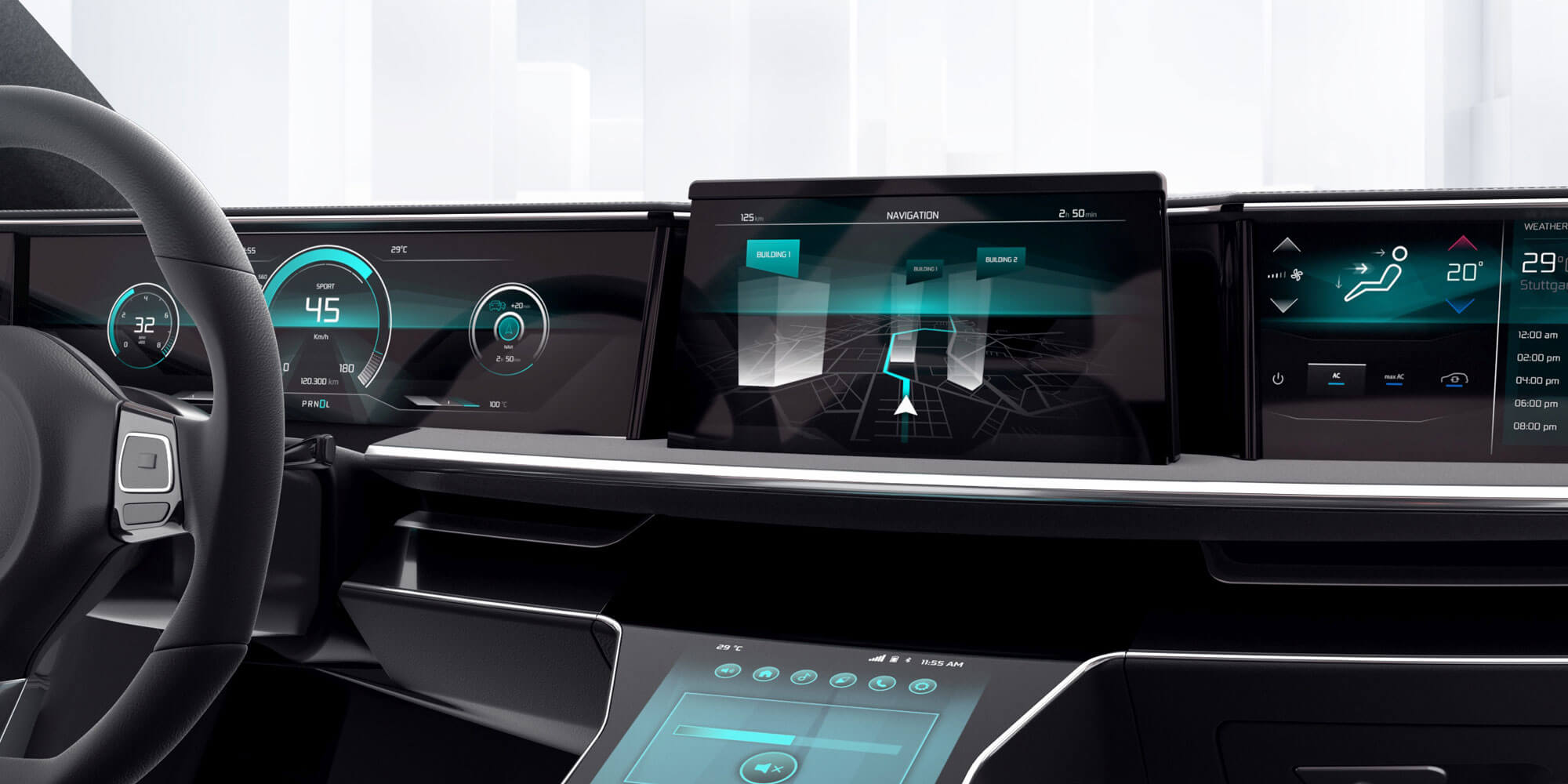 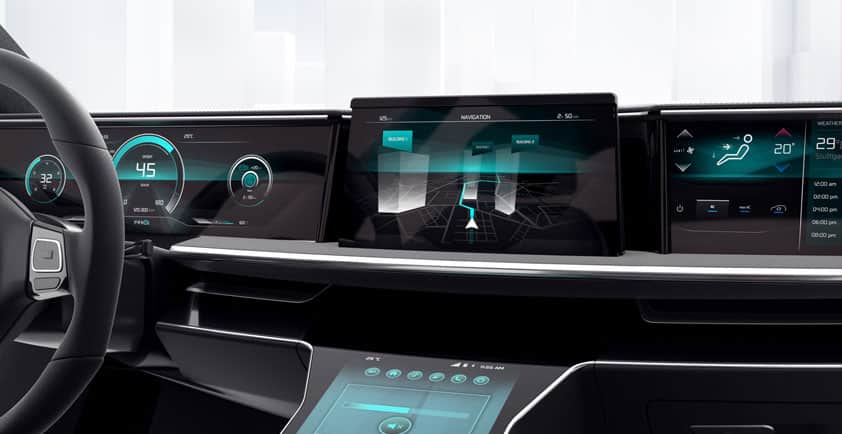 ALWAYS IN POSITION: HOW A BOSCH SEMICONDUCTOR CHIP IS REVOLUTIONIZING NAVIGATION

Reutlingen, Germany – It has probably happened to everyone at least once: driving into an unfamiliar, bustling city, only to have the navigation system fail just when it’s needed most. Fortunately, those days are now over, thanks to a new Bosch MEMS sensor: the SMI230. This highly precise sensor constantly registers changes in the vehicle’s directionand speed, evaluates the information, and transmits it to the navigation system. There, the information is combined with the positional data from the global navigation satellite system (GNSS) and used for navigation. A sudden interruption in the GPS signal – perhaps due to a tunnel or urban canyon – causes the new Bosch sensor to step in. “When the navigation system is at a loss, Bosch semiconductor sensors ensure that the car doesn’t lose its way,” says Jens Fabrowsky, member of the executive management of Bosch’s Automotive Electronics division. The advent of constantly reliable data on vehicle movements means that the navigation display’s familiar “flip book” effect is a thing of the past. Thanks to the combination of GPS position and sensor information, the navigation arrow on the display no longer makes unrealistic jumps or suddenly changes orientation on its path from waypoint to waypoint. “Semiconductors are key to modern-day mobility, and it is impossible to imagine cars today without them,” Fabrowsky says. Bosch recently started production of the SMI230, and the first customers are already receiving the sensor as standard equipment.

When the navigation system is at a loss, Bosch semiconductor sensors ensure that the car doesn’t lose its way. ” Jens Fabrowsky, member of the executive management of Bosch’s Automotive Electronics division.

Sensor technology in the form of a chip – this is the secret to keeping the movement of the arrow fluid across the navigation map. Experts refer to these kinds of sensors as microelectromechanical systems, or MEMS sensors. To generate high-precision data on vehicle motion, Bosch puts together two of these tiny, extremely sensitive sensors – one for the vehicle’s acceleration, the other for its yaw rate – in a single housing. The strength of the SMI230 lies in this combination. In addition, the sensor duo achieves an extraordinary degree of precision and can detect changes in the vehicle’s motion unusually quickly. “Bosch has comprehensive expertise, unrivaled worldwide, in developing and manufacturing semiconductors for automotive applications. That helps us to both develop new automotive functions and steadily improve the chips themselves,” Fabrowsky says. 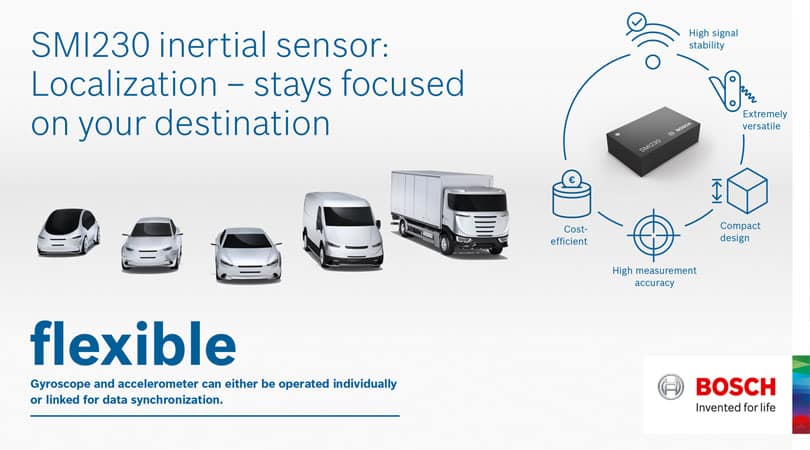 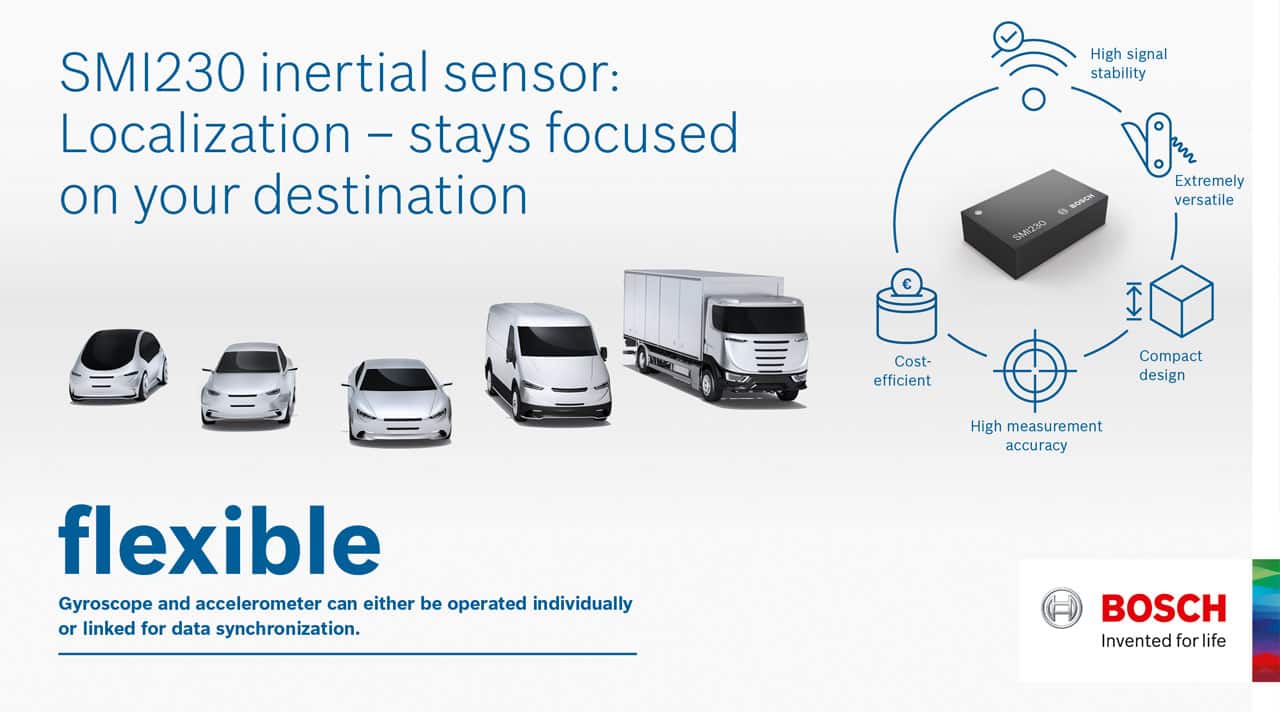 Thanks to the data from the SMI230 sensor, the map display moves smoothly in tandem with the vehicle’s motion. The same applies to a situation in which the navigation system completely loses its orientation due to a dropped satellite signal. “Bosch’s sensor resolves the blind spots of GNSS navigation,” says Michael Rupp, product manager in Automotive Electronics at Bosch. “It helps to precisely determine the vehicle’s position, even with a weak satellite signal, and to provide directions at just the right time for proceeding along the route.” To accomplish this, the navigation system constantly analyzes changes in vehicle direction and speed as detected by the Bosch sensor and transmits the vehicle’s position to the navigation map. The data acquisition is so precise that the display of the vehicle’s position remains reliable even if the dropped signal persists for some time.

“ Bosch has comprehensive expertise, unrivaled worldwide, in developing and manufacturing semiconductors for automotive applications. That helps us to both develop new automotive functions and steadily improve the chips themselves. ” Jens Fabrowsky, member of the executive management of Bosch’s Automotive Electronics division.

One sensor, many possibilities

Bosch semiconductor chips are primarily used as sensors for safety and driver assistance systems, but also in multimedia and connectivity applications as well as in conventional and electrified powertrains. The capabilities of Bosch’s SMI230 MEMS sensor not only improve navigation, they also make it ideal for use in fleet management and toll systems, as these areas also require precise motion detectors. Furthermore, the sensor is suited for use in vehicle alarm systems because of its ability to detect vibrations and impacts. If there is an accident – detectable through extremely negative acceleration values (collision) or enormous rotational motion (flipping) – the sensor data can still trigger the automatic eCall emergency call system. 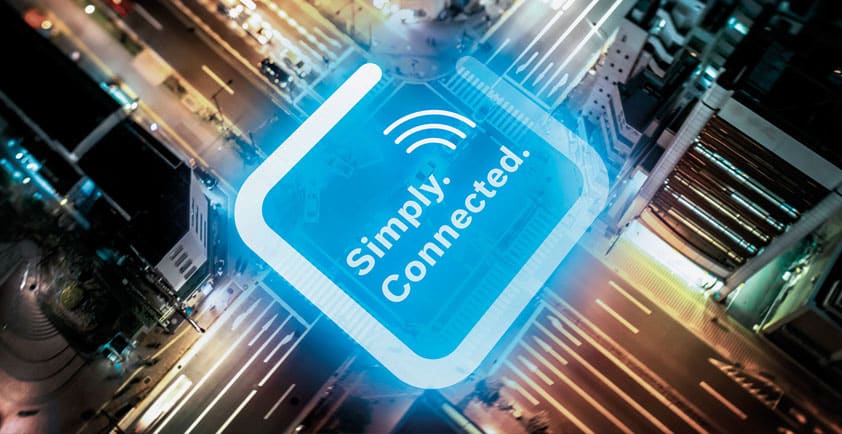 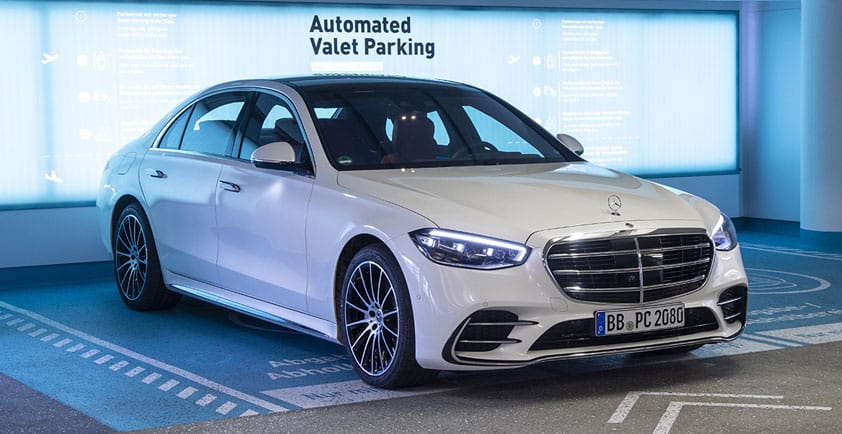 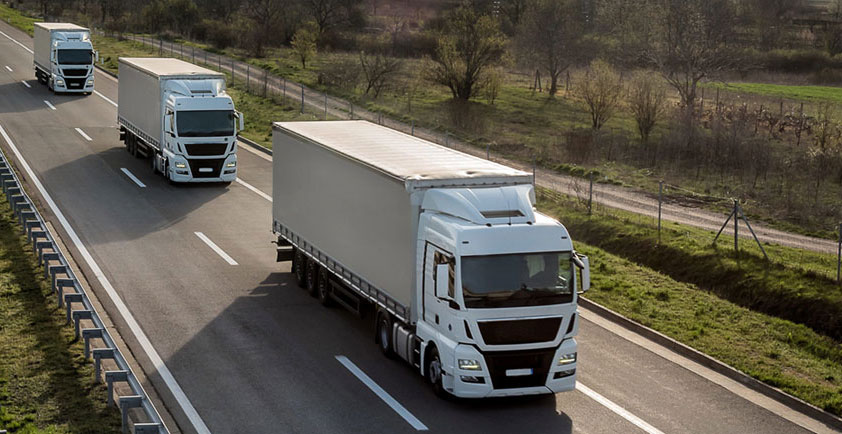 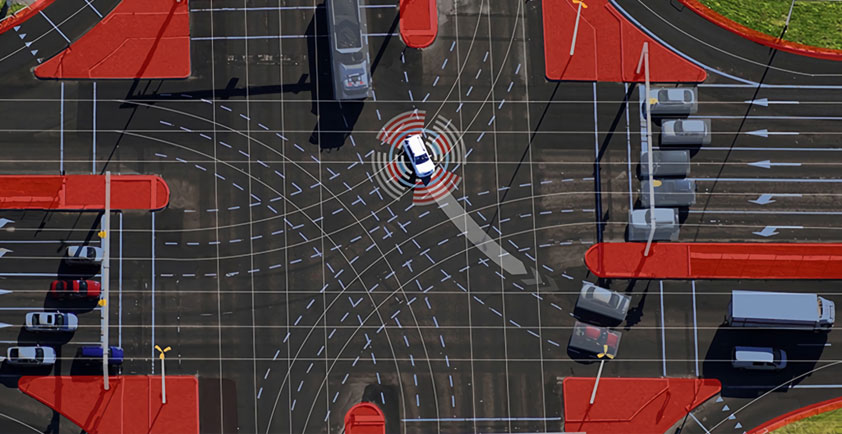 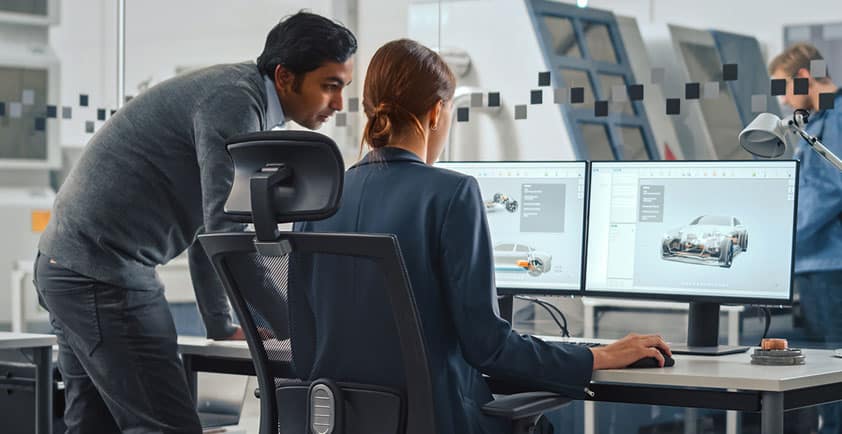 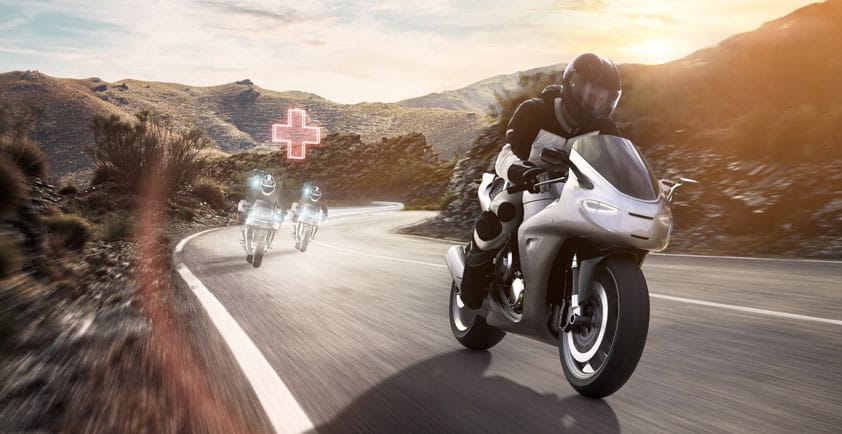 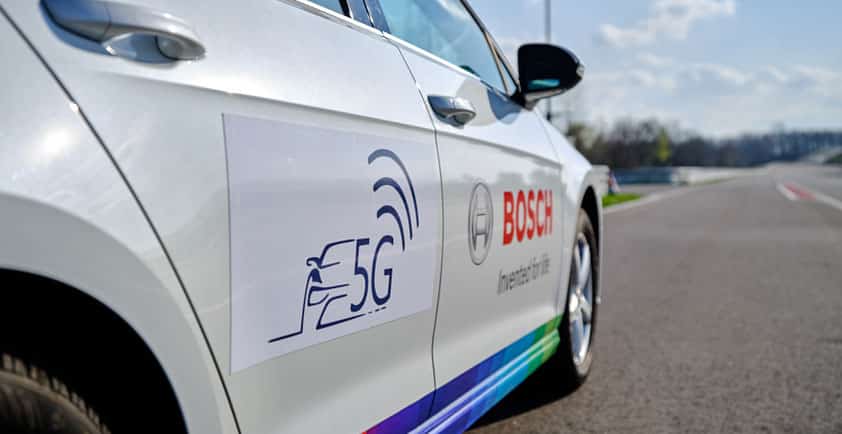 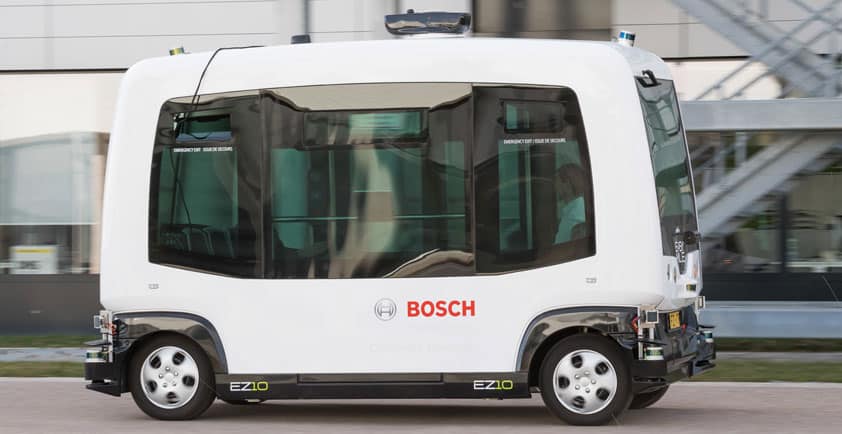