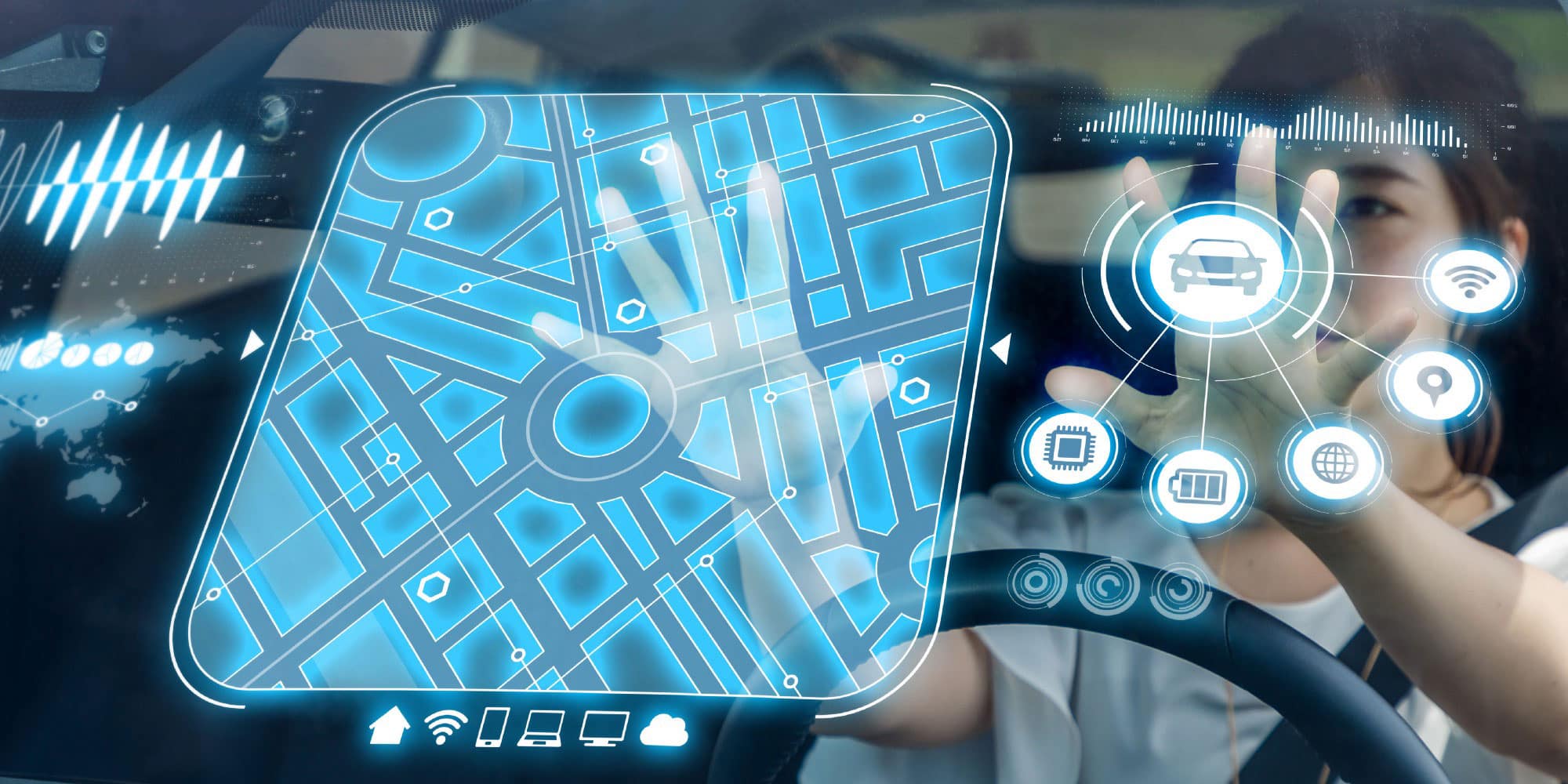 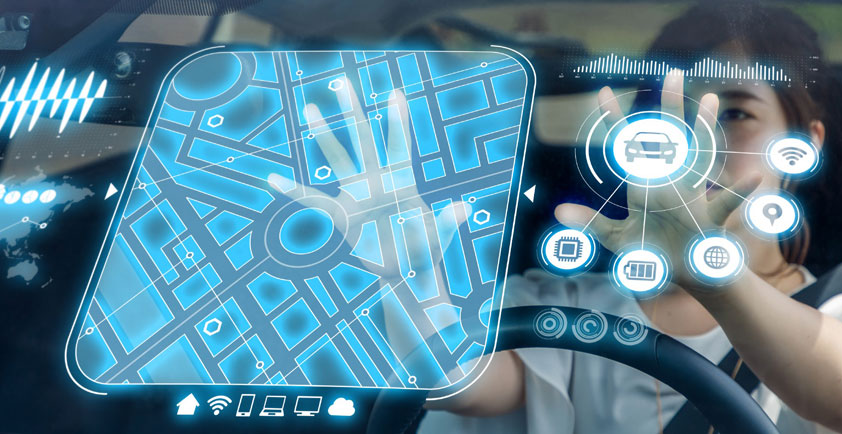 BLOCKCHAIN AND A SAFER SELF-DRIVING FUTURE

Four self-driving cars head toward an intersection at the same time. One plans to go straight, three want to turn, and all vehicles want to get their passengers to destinations as swiftly as possible. Approaching the intersection, each autonomous vehicle is aware of the others, wirelessly communicating their intent with each other and with the intersection itself. The edge computing nodes in the road infrastructure quickly analyze their speeds and intentions and the technology plays traffic cop, directing the cars to drive through in a perfectly orchestrated ballet that even though at an intersection, never requires the cars to make a full stop. This is the not-so-distant future…

Automakers are accelerating towards a future of autonomous vehicles, but before self-driving cars take to the roads en masse, the road systems of the world need an upgrade. Real-time telemetry and data processing like the intersection traffic cop will be essential for self-driving cars to be able to navigate roads independently. Today, data collected by roadside sensors is not transmitted securely enough to ensure integrity and the safety of autonomous vehicles and their passengers. However, applying enterprise blockchain technology to transportation infrastructure would add the levels of trust and security necessary for an autonomous future and be an upgrade to the current Internet of Things (IoT) implementations.

Blockchain is best known as the underlying technology for cryptocurrency, but it is at its heart a tamper-proof way of transferring information, making it a promising technology for public infrastructure. Every piece of data on the blockchain is cryptographically linked and validated in peer-to-peer networks, making it virtually impossible to alter data in any single block without altering data in all subsequent blocks.

The growth of IoT has already revealed some major security holes in current protocols: standards that eschew unique passwords and transmit unencrypted data make it easy for bad actors to tamper with not only networks but with physical objects in homes and offices. But the stakes get much higher when the networked items being tampered with aren’t digital cameras and DVR players but autonomous vehicles traveling at high speeds. Pessimistic futurists have envisioned a cyber-security war with terrorists taking over autopilot features of luxury cars and turning vehicles into weapons. Blockchain technology has the potential to nullify this scenario. Enterprise security has traditionally been focused on cutting off outside access. But when secure systems must interact with many other secure systems, building a walled garden is no longer an option.

Cisco sees potential in blockchain across many sectors, and we have begun efforts to observe and selectively steer this nascent technology in a direction that will solve many of the pressing problems of the future. We believe that interoperability will be a key enabler to broad-scale adoption of the technology and that enterprise blockchain can create safer and better critical infrastructure, such as roads and highways, for visionary governments.

An Autonomous Future Will Lead to Many Benefits

Self-driving cars of the future will not only save time but save lives. The bulk of traffic accidents happen because of human intervention (or nonintervention). Autonomous vehicles have the potential to be more careful drivers: People fall asleep at the wheel, sneak peeks at their smartphones and fail to notice traffic and other obstacles in front of them. Autonomous vehicles will be able to communicate with each other and with the road infrastructure to avoid accidents and optimize traffic. Autonomous vehicles can evaluate their environments in real time but also observe local traffic laws, which can change from street to street. Additionally, blockchain-powered infrastructure would ensure the integrity of data being transmitted among street-level sensors, processors, gateways and vehicles.

An autonomous future would be eco-friendly: Only a fraction of the current car population would be needed if they were self-piloted and shared. Private car ownership could be supplanted by systems of shared autonomous vehicles that pilot, park and redistribute themselves to meet demand.

What We Need Next

The first generations of roadside sensors and navigation apps have enhanced how we drive, but some critical infrastructure features must be achieved before drivers will be able to move to the passenger seat.

Currently, roadside sensors use short-range wireless technology to transmit information about traffic and weather to vehicles. This data is disappointingly easy to interfere with, and tampering with real-time traffic information could have disastrous effects on autonomous vehicles, which will rely on these roadside processors to navigate the real world. If a bad actor hacked the system to show a nonexistent object in the road or disseminate bad information about weather conditions, it could have lethal effects on passengers. The roadside sensors need to exchange information with vehicles in a way that is secure, and this can be achieved with blockchain technology. As protocols for vehicle-to-vehicle (V2V) communication and vehicle-to-infrastructure (V2I) communication are perfected, we believe encrypted blockchain solutions should play a big role in this adaptation.

For autonomous vehicles to be able to navigate safely, systems of roadside sensors must be available on all roads, in all regions. This is an understandably daunting task — outfitting all of a highway or a specific city with sensors is already an undertaking — but is necessary lest less-traveled regions become no-go zones for autonomous vehicles. Maintenance of roadways in a blockchain-connected infrastructure would be more easily planned for and scheduled, but an autonomous-vehicle-enabled system would also need to withstand power outages, damage and possible vandalism.

As infrastructure security protocols are created, we are likely to see regional variances. In Europe, for example, strict privacy laws would likely prohibit the sensors from collecting personally identifying information. China, on the other hand, has different priorities and standards for data privacy. Thankfully, blockchain enables data transactions to be both secure and anonymous, making it an ideal solution.

We’ve seen incredible progress on autonomous vehicles in the last several years. As a resident of Silicon Valley, I see Waymo minivans zipping around Mountain View, California. We must not only think about vehicles, but also the underlying transportation infrastructure to ensure vehicles’ safety, performance and the accessibility and navigation of roadways. One can’t exist without the other, and none of it can exist without blockchain.

Anoop Nannra is a senior leader and Head of Cisco’s Blockchain Initiative. He is focused on identifying disruptive technologies and accelerating their adoption through business incubation via co-development, co-innovation, partnerships and acquisitions. 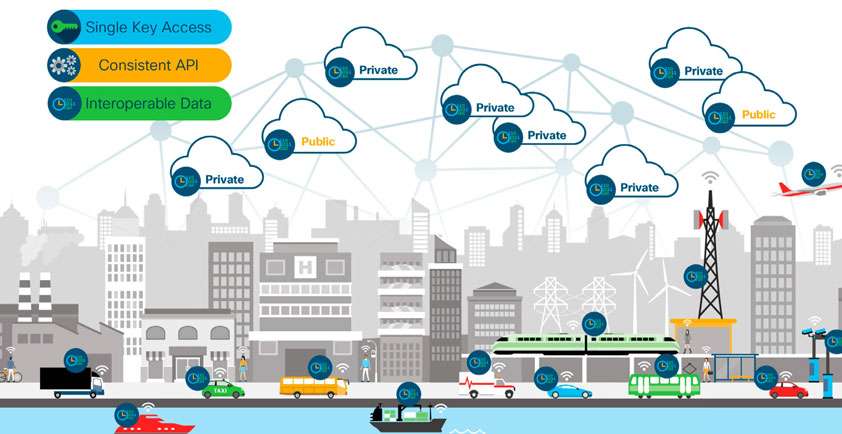 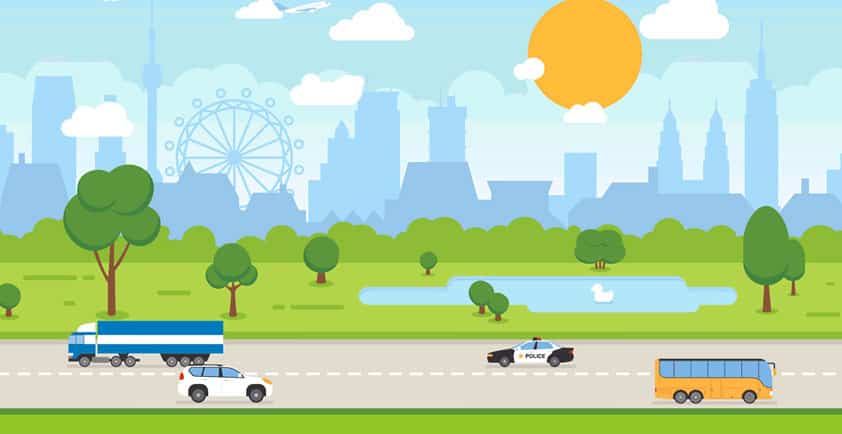