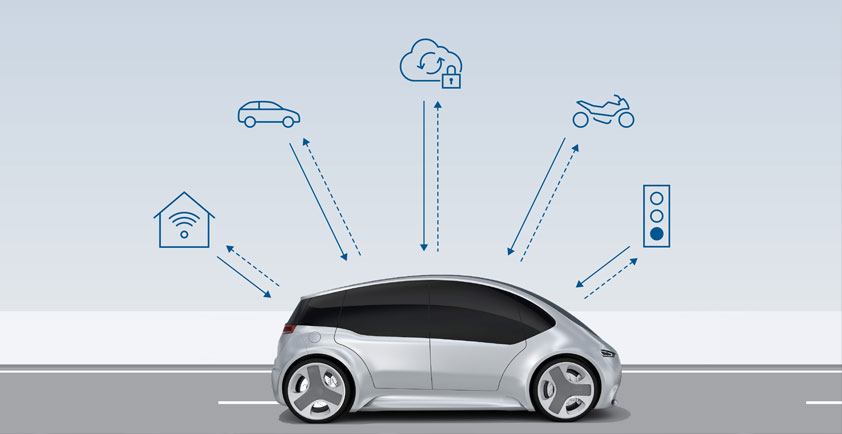 >> Dr. Dirk Hoheisel: “Bosch is taking a multi-standard approach when it comes to V2X.”

>> Bosch and Veniam have been selected as CES 2019 Innovation Award Honorees.

Hildesheim, Germany / Mountain View, USA – What is true for people is also true for cars: communication works best with a common language and a good connection. To enable connected and automated driving in the future, vehicles must be able to easily communicate with one another as well as with their surroundings. There is currently no globally standardized technical basis for this exchange of data, which is known as vehicle-to-everything communication, or V2X. Instead, vehicles will in future communicate using the wide variety of different standards implemented by countries and vehicle manufacturers around the world. “Bosch is taking a multi-standard approach when it comes to V2X. We have developed a universal connectivity unit capable of communicating using all of the transmission standards implemented in connected automobiles,” says Dr. Dirk Hoheisel, Member of the Board of Management at Robert Bosch GmbH.

"Bosch is taking a multi-standard approach when it comes to V2X. We have developed a universal connectivity unit capable of communicating using all of the transmission standards implemented in connected automobiles. ” Dr. Dirk Hoheisel, Member of the Board of Management at Robert Bosch GmbH

The neat thing here is that Bosch has combined connectivity units and telematics units, which – individually – are only capable of a single transmission technology, to create an all-in-one central control unit for V2X data communication. Cars can then use the Wi-Fi networks available in cities, while elsewhere they can communicate using, for instance, cellular networks. The complex task of managing these diverse communication options is handled by a software solution from the Silicon Valley-based start-up Veniam. It continuously searches for the best transmission technology that suits the particular requirements and switches automatically between the available alternatives. The software therefore maintains continuous and seamless vehicle connectivity, ensuring cars can, for example, reliably alert one another to accidents and passengers can enjoy uninterrupted music streaming.

Bosch develops a connectivity unit for all standards

It is expected that the number of connected vehicles on the roads in Europe, the United States, and China alone will exceed 470 million by 2025 (source: PwC). Initially, most vehicles will connect directly to the cloud; but, thanks to V2X, increasing numbers of vehicles will in future also be able to communicate directly with one another as well as with traffic signals, road construction sites, pedestrian crossings, and buildings, etc. They will then be able to alert one another to potential hazards like the approaching tail end of a traffic jam, accidents, and icy conditions. Vehicles will also be able to take advantage of the green wave, because they will know when the next set of traffic lights is going to turn green. The vehicles can then adjust their speed accordingly. This ensures the traffic, particularly in cities, flows more smoothly. There is, however, no globally harmonized standard for V2X communication currently on the horizon. While China primarily uses Cellular-V2X technology (C-V2X), which is based on mobile communications, Europe and the United States are planning to additionally introduce transmission standards based on Wi-Fi (DSRC and ITS- G5) alongside C-V2X. A mishmash of standards is therefore emerging internationally, which may lead to vehicle communication issues. However, that will not be the case in the future when cars are equipped with the universal connectivity unit from Bosch. Equipped vehicles will be able to communicate with one another as well as with their surroundings regardless of the vehicle make or the country in which they are used. This will make V2X communication even more secure and reliable. “Thanks to Bosch’s all-in-one principle for connected vehicles, as many drivers as possible around the world can benefit from the added safety, comfort, and convenience provided by V2X,” says Dirk Hoheisel. 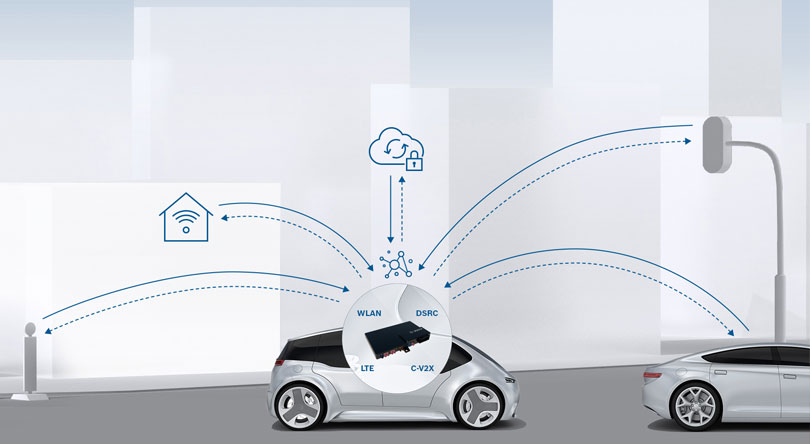 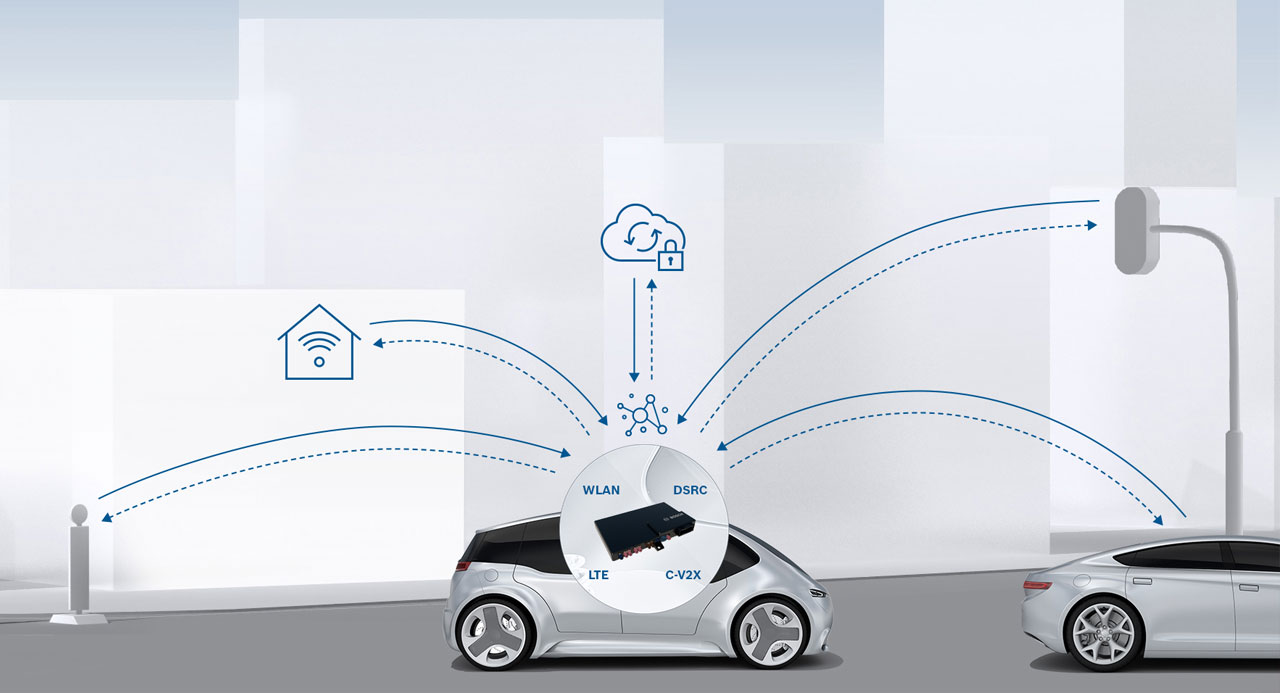 The software from Veniam is the connection enhancer for the connectivity unit from Bosch. As well as keeping an eye on which V2X communication technologies are currently available for use, the software also closely monitors the costs and data transmission latency of each alternative connection option, since not every technology is suitable in every situation. For example, when it comes to alerting a driver to another vehicle that is about to pull out in front of them from a side street, every millisecond counts. This kind of critical information must be communicated in real time using highly reliable technology that is always ready for use – even if that means the resulting data transmission costs are greater. Software updates from the cloud or a navigation system map update, on the other hand, can be put on hold in that sort of situation until a low-cost stationary Wi-Fi network becomes available. Large volumes of data can be transmitted via Wi-Fi in a short space of time, though a downside is that public or home Wi-Fi hotspots are not always available. Veniam’s software is familiar with the pros and cons of each of the communication types and always establishes the optimal connection. “The unique combination of Veniam’s smart networking software and Bosch’s connectivity unit boosts the vehicle’s data-handling capacities dramatically, paving the way for innovative cloud services and much safer future mobility,” says João Barros, founder and CEO of Veniam. On the occasion of the world’s biggest consumer electronics trade show, CES 2019 in Las Vegas, Bosch and Veniam have been selected as CES 2019 Innovation Award Honorees in the “Vehicle Intelligence and Self-Driving Technology” category for their jointly developed solution.

Bosch tests V2X in Europe, the United States, and China

In the biggest European field trial to date (simTD, Safe Intelligent Mobility – Test Field Germany), V2X communication has proven its suitability for daily use under everyday conditions and in lab simulations. Bosch has played a significant role in this joint project. Since February 2017, Bosch and Vodafone have been performing trials of the V2X communication with the first 5G test modules − the first companies in Europe to do so. The A9 freeway in Bavaria north of Munich is the location for the field tests, which focus on real-time warning systems during lane changing maneuvers on the freeway or in case the vehicle in front brakes suddenly. V2X will also be able to make driver assistance functions even more comfortable, like adaptive cruise control (ACC). In the summer of 2018, Bosch tested secure, direct communication between vehicles and roadside infrastructure, cameras, and sensors in Detroit. The test showcased Wi-Fi- based DSRC technology, where equipped vehicles were provided with in-vehicle notifications about the status of traffic signals ahead and pedestrians crossing the street – functions designed to enhance safety in city traffic. ESCRYPT, a subsidiary in the Bosch Group, provided the cybersecurity technologies behind these V2X demonstrations. In China, Bosch is testing ad hoc communication using Wi-Fi as well as cellular technology. The tests are focusing on alerts that help the driver when overtaking or negotiating complex intersections. 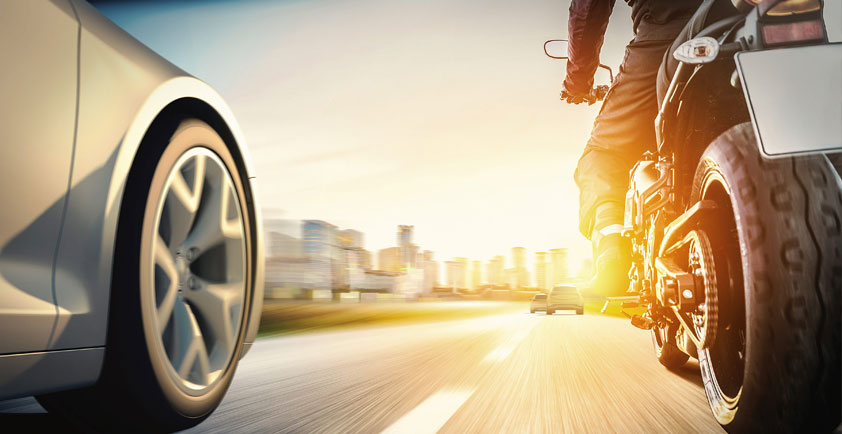 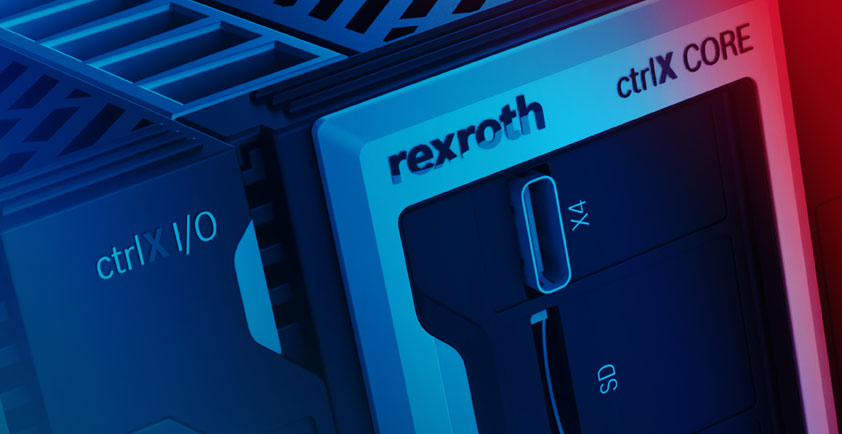 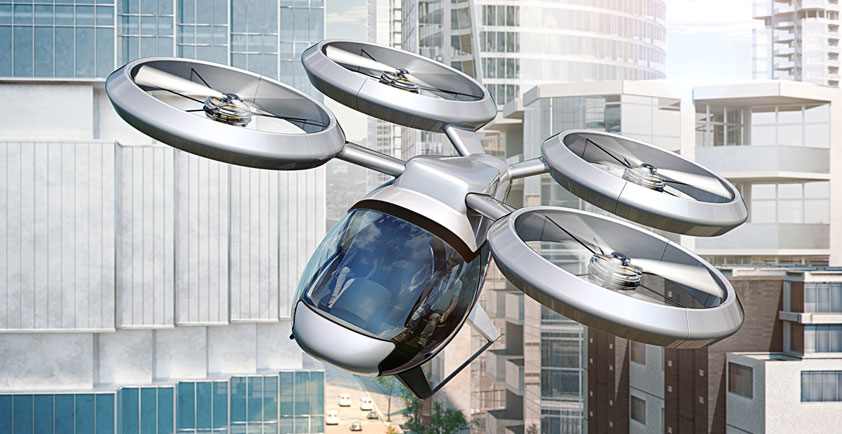 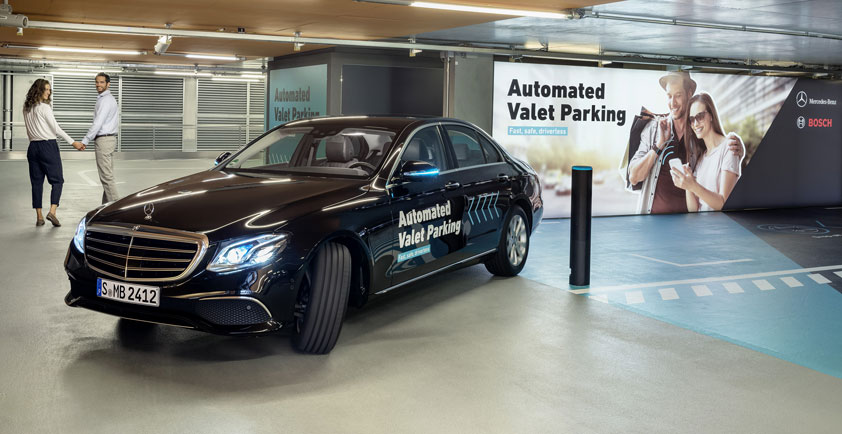 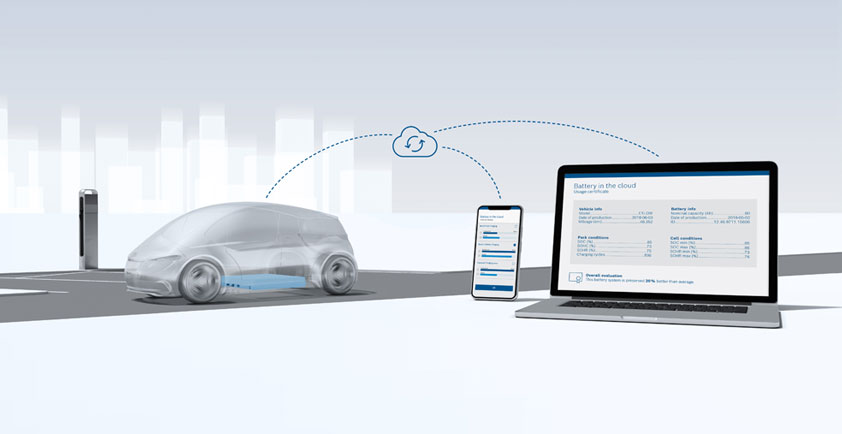 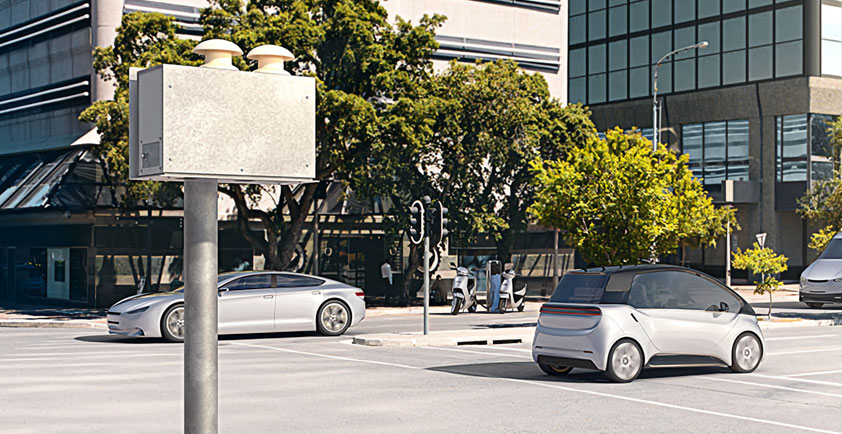 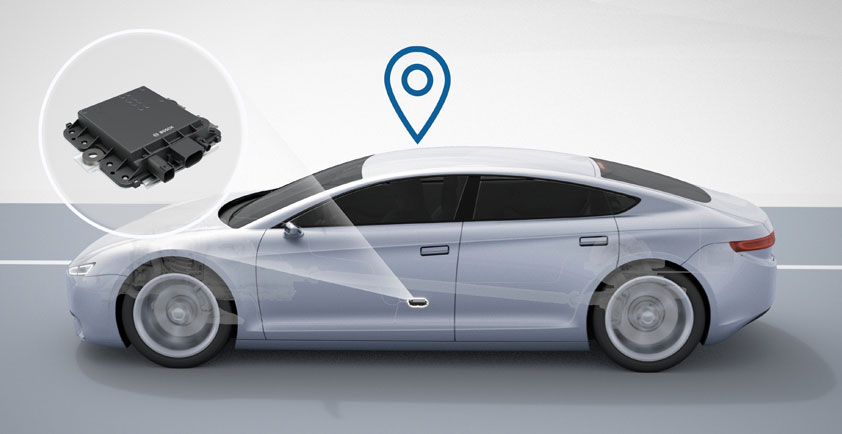 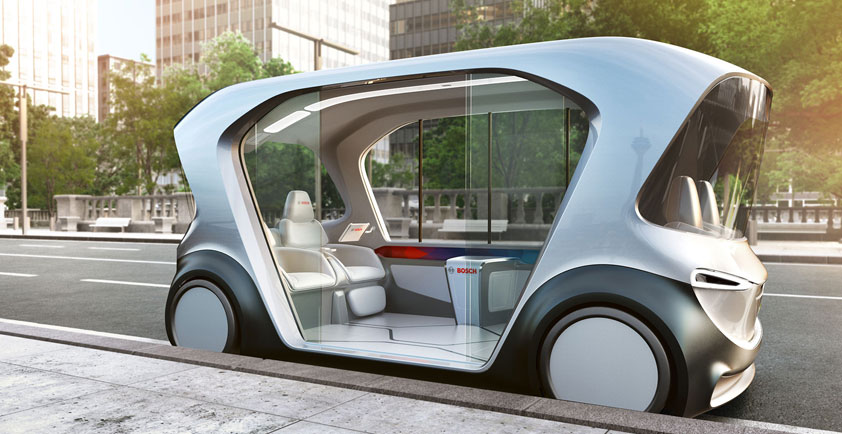