The name "Apollo" was borrowed from the Apollo lunar landing program -- a ground-breaking project that brought together multiple forces for the benefit of society. Baidu believes autonomous driving is similar in terms of its potential to transform the world.

The company will also initiate a partnership alliance, working with partners who will provide the best and most compatible vehicles, sensors, and other components, to achieve broad participation and collaboration and to provide references and recommendations to participants of a rapidly expanding ecosystem enabled by Project Apollo. This will lower the barriers to entry for research and development of autonomous driving technologies, making it more accessible to the general public, and accelerate the overall pace of innovation.

Baidu has invested heavily in the research and development of autonomous driving technology since 2015. In December 2015, Baidu conducted successful road tests for its fully autonomous cars on the highways and roads of Beijing. Baidu received an Autonomous Vehicle Testing Permit for California in September 2016, and conducted open trial operations of its autonomous car fleet in November 2016 at the World Internet Conference in Wuzhen, Zhejiang Province, where over 200 guest passengers were able to take the cars for a ride.

Today, a number of technology giants are active in the autonomous driving field and leading automotive manufacturers have begun to incorporate driverless technology into their own vehicles. However, until today most players have been working independently or maintained complete control over their technology. Baidu is the first among the major players to open its technology and platform to the industry.

Qi Lu added, "China is the world's largest market for automotive sales and production. It has many car brands and an open environment that is ripe for collaboration. Baidu took the initiative to open our autonomous driving technology to the industry in order to encourage greater innovation and opportunities, making better use of our technology to drive the evolution of the entire industry. An open, innovative industry ecosystem initiated by Baidu will accelerate the development of autonomous driving in the US and other developed automotive markets. In addition, through open technology our technological achievements can be quickly applied to a wide range of fields -- and accelerate even more achievements. This is a great opportunity for those talent dedicated in autonomous driving."

Anning Chen, General Manager of Chery, a leading Chinese automobile manufacturer, said, autonomous driving technology research and development has a very high threshold. Baidu's opening of its platform is of great significance to the automotive industry and Chery welcomes this move. He said cooperation between car brands and internet technology companies in autonomous driving would gradually generate greater innovations and benefit both sides with more data and technology sharing, and such collaborations also enable automakers to establish their own competitive advantage in intelligent driving. Our partnership with Baidu in areas of autonomous driving has entered a stage of in-depth customization, Chen said.

William Li, Founder and Chairman of NextEV, said that Baidu is very strong in autonomous driving and its expertise in artificial intelligence, data, maps and other software is very important for the industry. This coupled with an open platform and reduced hardware costs means autonomous driving may become popular faster than we can imagine. In the future, the value chain of the automotive industry will be changed and personalized experiences will be the basis for car brands and the future direction of their development. 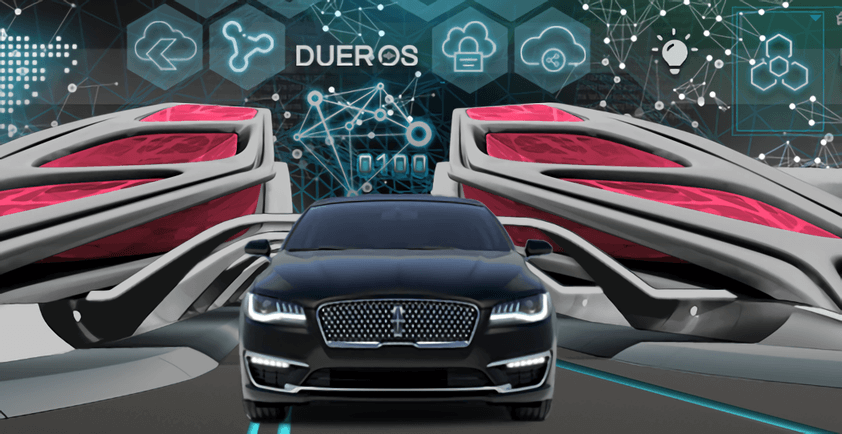