Today in his opening keynote address at the 2018 International Consumer Electronic Show (CES) in Las Vegas, Intel CEO Brian Krzanich announced a three-year partnership with Ferrari North America that will bring the power of artificial intelligence to the Ferrari Challenge North America Series, one of three geographically diverse championship series. Beginning this year, race broadcasts will use Intel artificial intelligence technologies including the Intel® Xeon® Scalable platform and the neon™ Framework to enhance the motorsports experience for spectators and illustrate the potential of artificial intelligence for transforming the future of motorsports.

CES is the first time Intel is showcasing these techniques and the first time that the power of artificial intelligence has been applied to enhance racing performance and viewing. This is one of several stunning data-driven innovations the company announced at the show. A demonstration at Intel’s booth #100048 in Central Hall South at the Las Vegas Convention Center showed the ability of artificial intelligence to recognize actions or automatically detect and identify objects by showing the identification of a car passing another car on the racetrack.

Intel artificial intelligence products, including Intel Xeon Scalable technology, will run inference on video captured by drones to apply object identification models and tag video captures, which allows drivers to “see” their performance from the sky. At the same time, algorithms will generate storylines about drivers that help illustrate a more compelling race. Machine learning technology will also be used to provide driving insights, which drivers can use to make adjustments that improve their overall race results.

Over time, these models will be used to ingest telemetric data such as steering angle, throttle pressure, braking pressure and more, to understand a racer’s driving style and predict their performance on the track.

Benefits of artificial intelligence for race car driving include:

Real-time analysis of driver performance data: Up until now, telemetric data has been analyzed after the race. Real-time analysis is nearly impossible for a human to do outside of one or two vectors. Artificial intelligence can continuously analyze data streams to find unexpected insights that the driver can use to improve lap time.

Enhanced perspectives: Artificial intelligence makes it possible to create comparisons of different drivers or laps based on the object detection data from the visual video feed. For example, artificial intelligence could compare the entry and exit angles that a driver takes in turns from lap to lap or compare across different drivers and identify which turns were fastest.

In addition to the partnership with Ferrari North America, Intel made several other announcements that showcase how the company is leveraging data to drive innovation. This includes substantial new details on Intel’s autonomous vehicle platform as well as new advancements in virtual reality (VR) and other forms of immersive media. 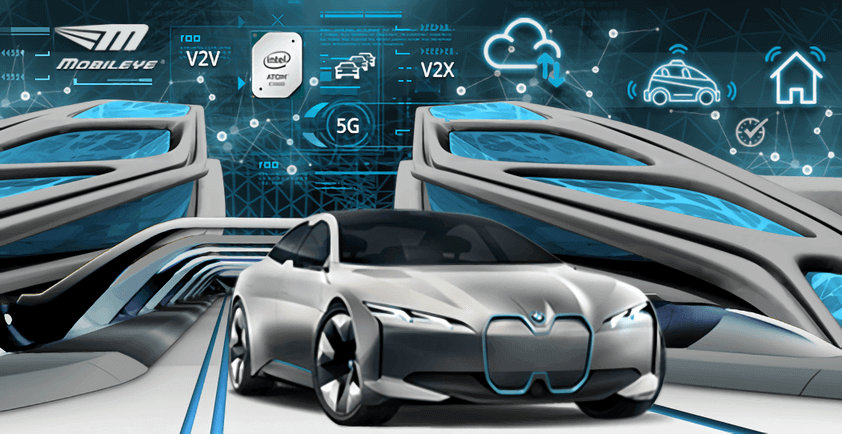